Some players are salivating over the possibility, however unlikely, of one day being able to use their Switches to remotely play PS4 games after Sony asked about it in a recent feedback survey.

The survey apparently went out in an email to PS4 owners, a screenshot of which was provided to Kotaku by Reddit user YouRedditHereFirst. “The survey results will help us better understand how PS4 Remote Play is being used and to create an experience that works for you,” Sony says in the email.

The survey includes a number of questions about which aspects of Remote Play people would like to see change or improve, including whether people would would like the “ability to play PS4 Remote Play on more devices (e.g., able to play on Nintendo Switch, Apple Tv, or Android TV).” YouRedditHereFirst shared a screenshot of that part of the survey, as well as several others, over on Reddit. 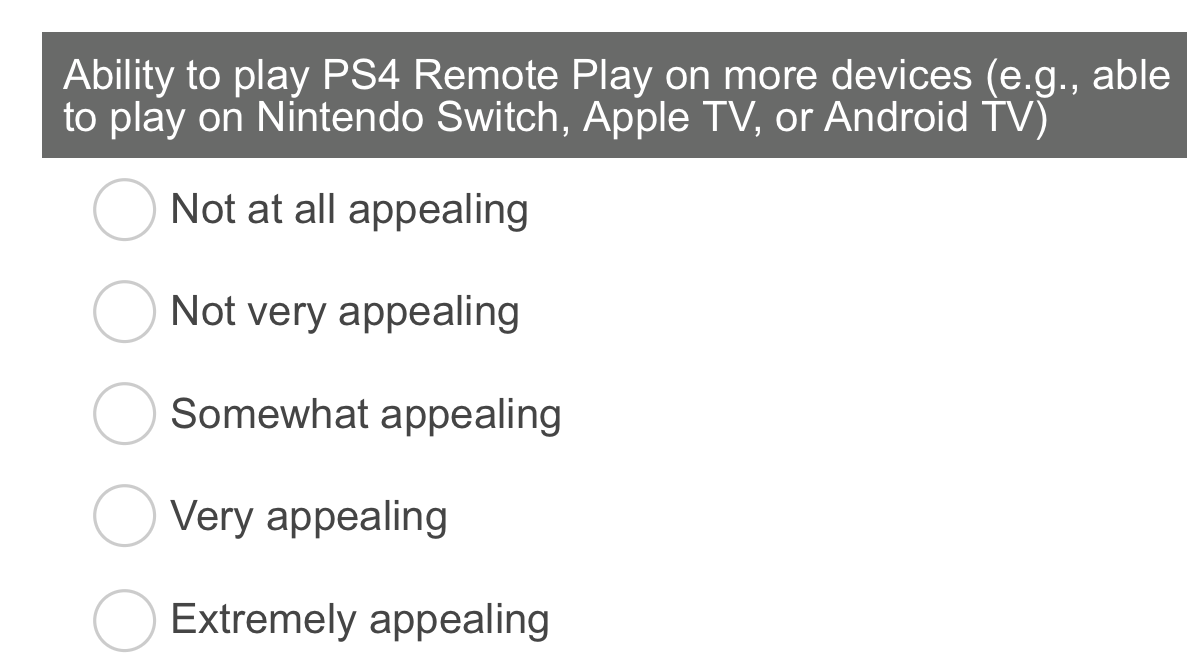 Sony did not immediately respond to a request for comment.

Remote Play, which lets players stream games running on their PS4 to PCs and smartphones, began in the PS3 era but wasn’t supported by most games until the release of the PS4. It was also one of the selling points for Sony’s Vita handheld, whose similar control scheme made playing streamed console games easier. The Switch, though part of a rival gaming ecosystem, would be even better. Some PS4 owners have already managed to get Remote Play running on their hacked Switches. 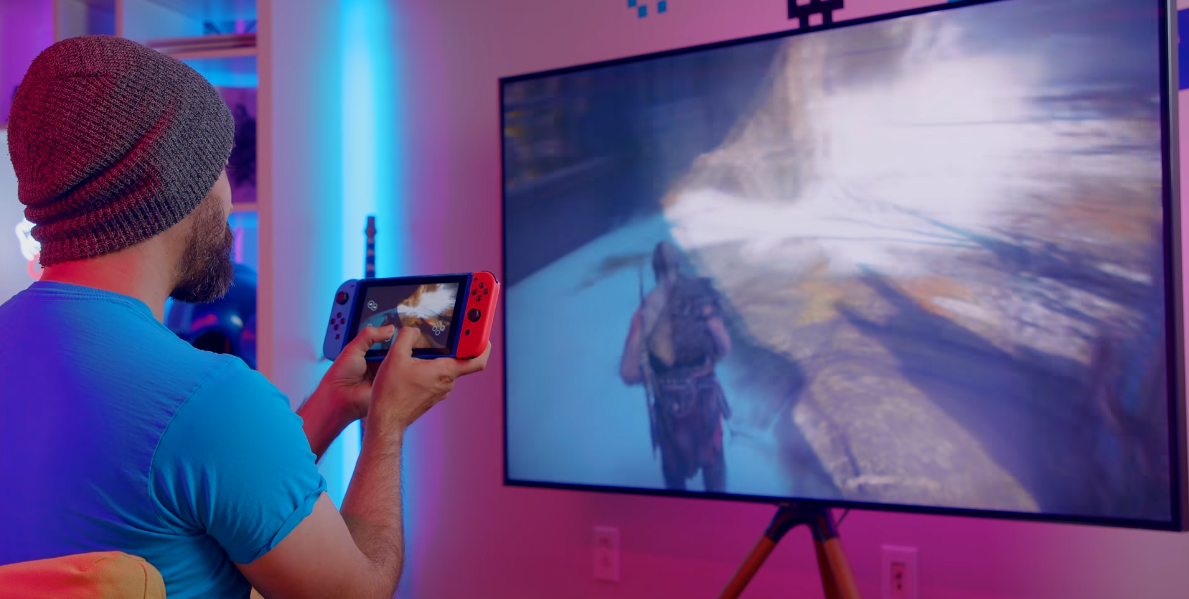 This sort of cross-console partnership might have seemed out of the question just a few years ago. More recently, the rise of cross-play and Microsoft’s announcement last year that it would bringg some Xbox Live features to Switch have made such a partnership seem less farfetched. After all, Remote Play on Switch would still require people to own both consoles.

Given that the Switch still doesn’t even have Netflix, though, I’m not holding my breath.