Temtem, As Told By Steam Reviews

Pokémon Sword and Shield were solid and all, but there’s a new Pokémon sheriff in town. And by “in town,” I mean “on PC.” Also, it’s not called Pokémon. Temtem is, instead, a carefully crafted tribute to Game Freak and Nintendo’s monster-battling monolith. Steam users, for the most part, love it. That hasn’t stopped them from being silly in the reviews.

I’ve been dabbling in Temtem for the past handful of days, and while I’ve enjoyed the strategic battle system and higher level of challenge, I’ve found the game’s MMO aspect to be sadly underutilized. The game is in early access, though, so perhaps that will change with time. For now, Steam users are giving it the benefit of the doubt, with many praising its broad adherence to the Pokémon formula and the ways it diverges, like a stamina system and default two-on-two battles. However, some folks aren’t huge fans of the game’s MMO-like grind and lack of online features. 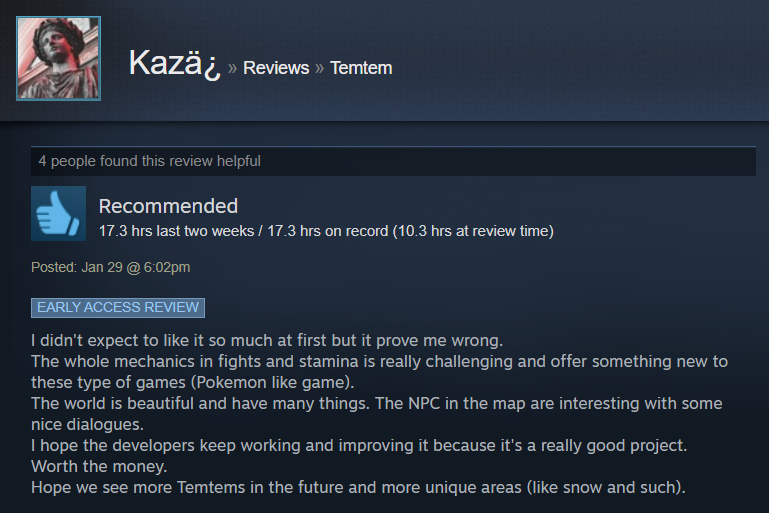 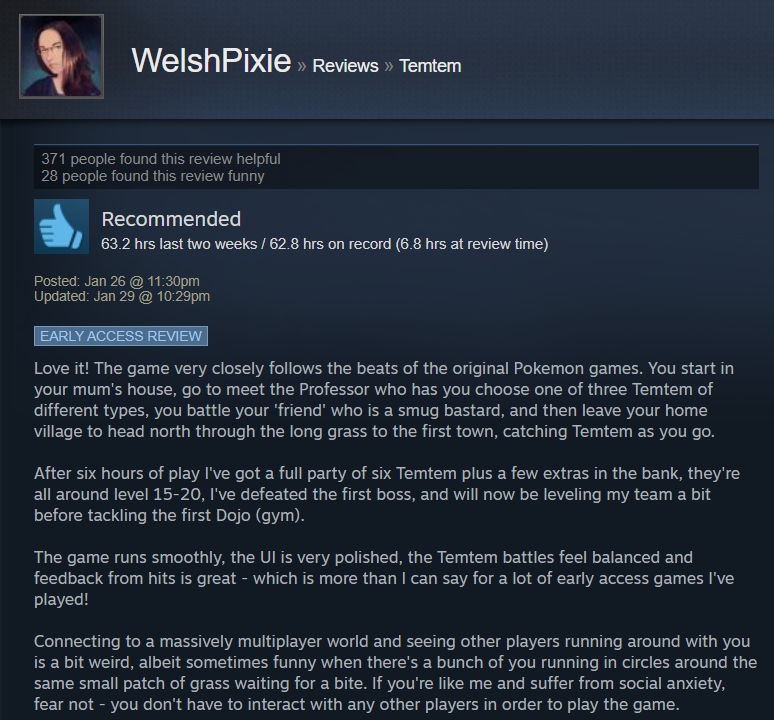 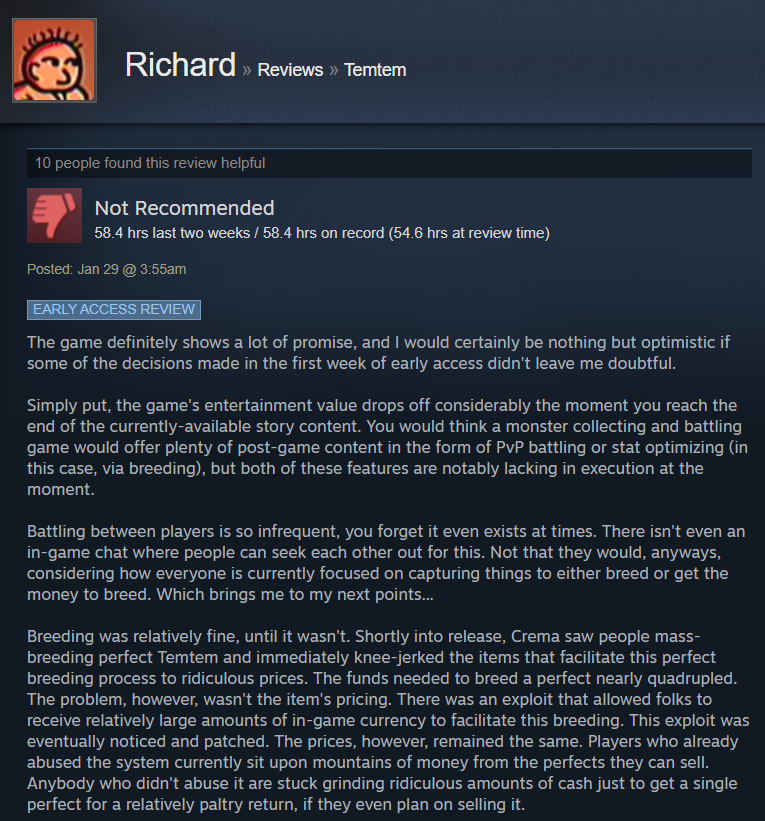 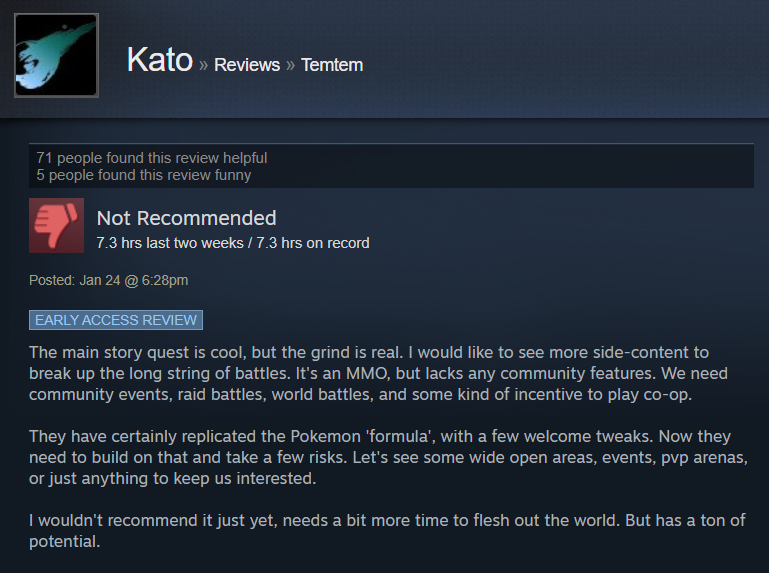 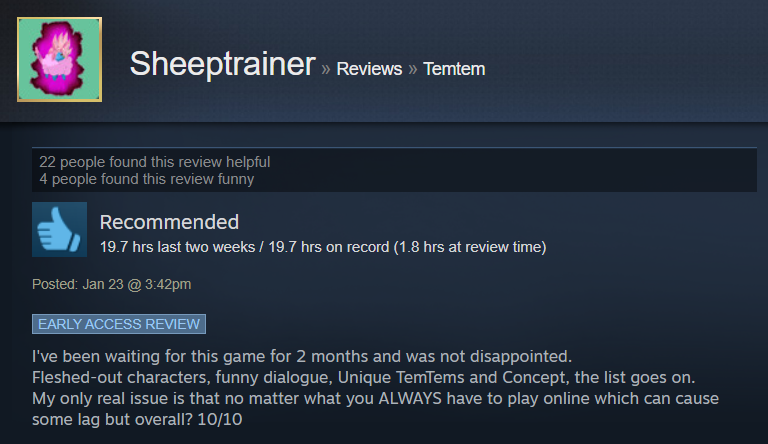 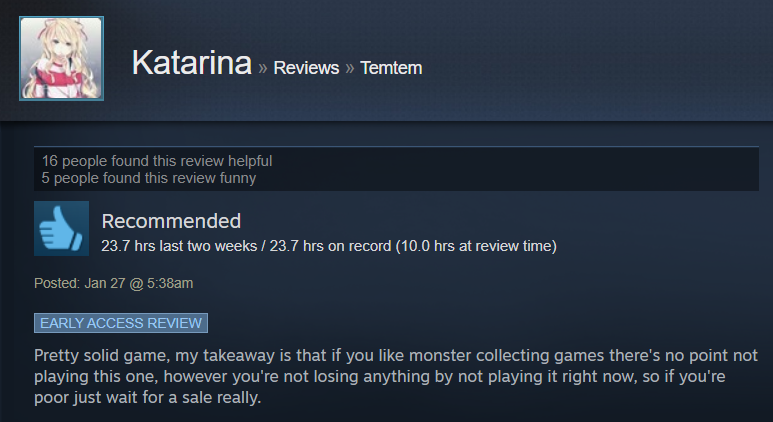 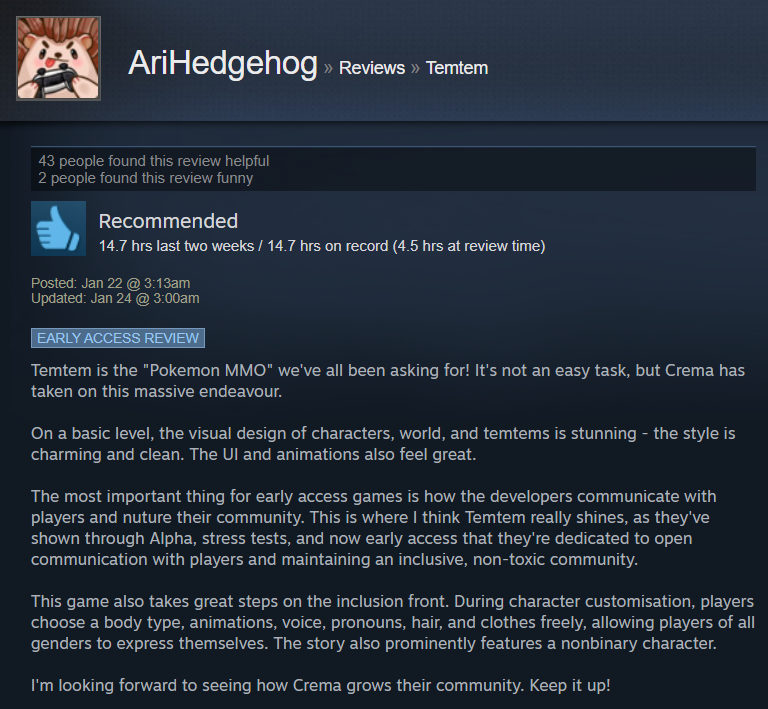 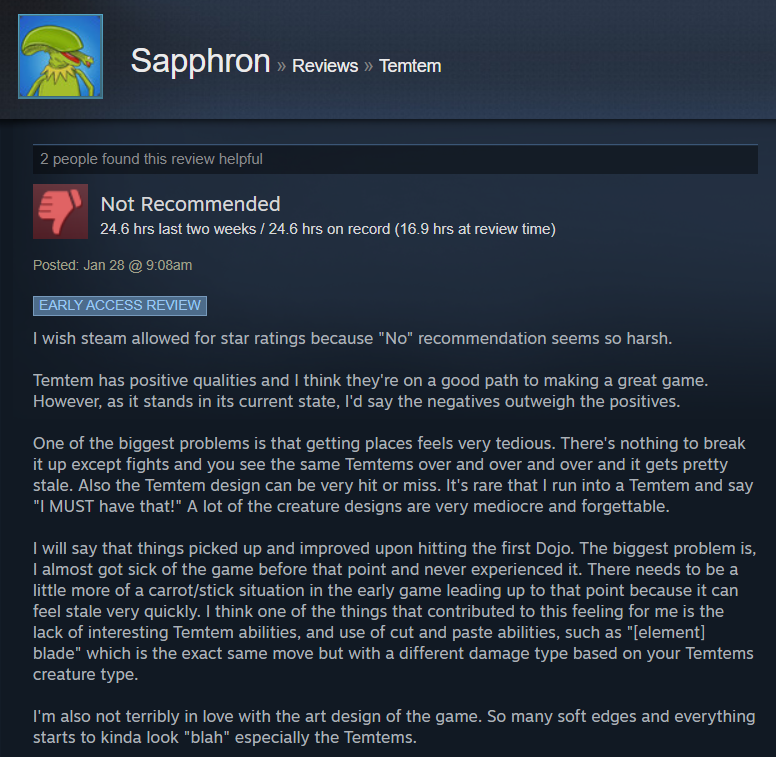 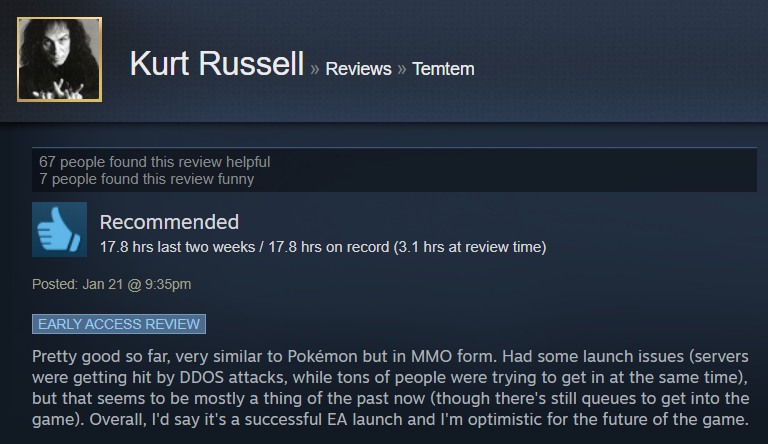 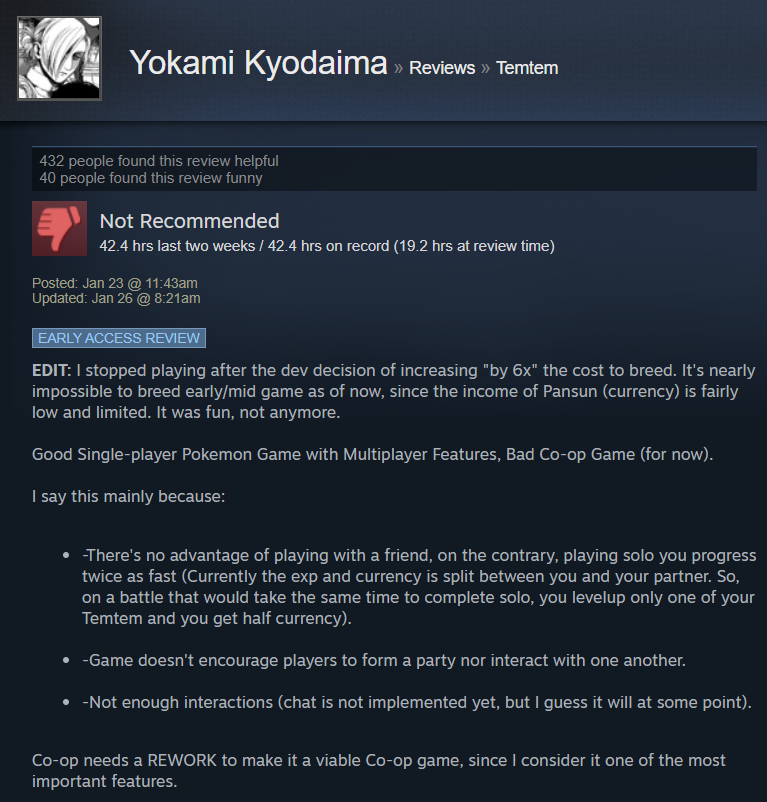