The Best Rhythm Game Controller Is A Keyboard, Specifically This One

To make up for all those times I used a console gamepad to play first-person shooters on PC, I’ve purchased a mechanical keyboard specifically designed for playing rhythm games on the PlayStation 4 and Nintendo Switch. It’s called the K28 Keyboard Style Controller, and it is almost perfect.

A mechanical keyboard is the absolute shizz for any game that requires rhythmic tapping. The clickety-clack or thunkity-thunk (depending on which keyboard switches you use) provide the perfect physical and aural feedback to help keep time with music. If you’re playing PC rhythm games, any keyboard will do. Consoles can be a bit tricky, sometimes requiring adapters to be able to properly map a keyboard as a controller instead of just a more convenient way to enter a password or DLC code.

The K28, launched late last year by rhythm game hardware specialists GAMO2, is a keyboard designed specifically for playing rhythm games on console and PC. It features 28 keyboard keys with strong PBT keycaps and a choice of linear red or tactile brown switches. There’s an LED screen in the centre, which flashes when buttons are pressed. The screen is also used to select from the unit’s 11 preset configurations or to help users create their own. 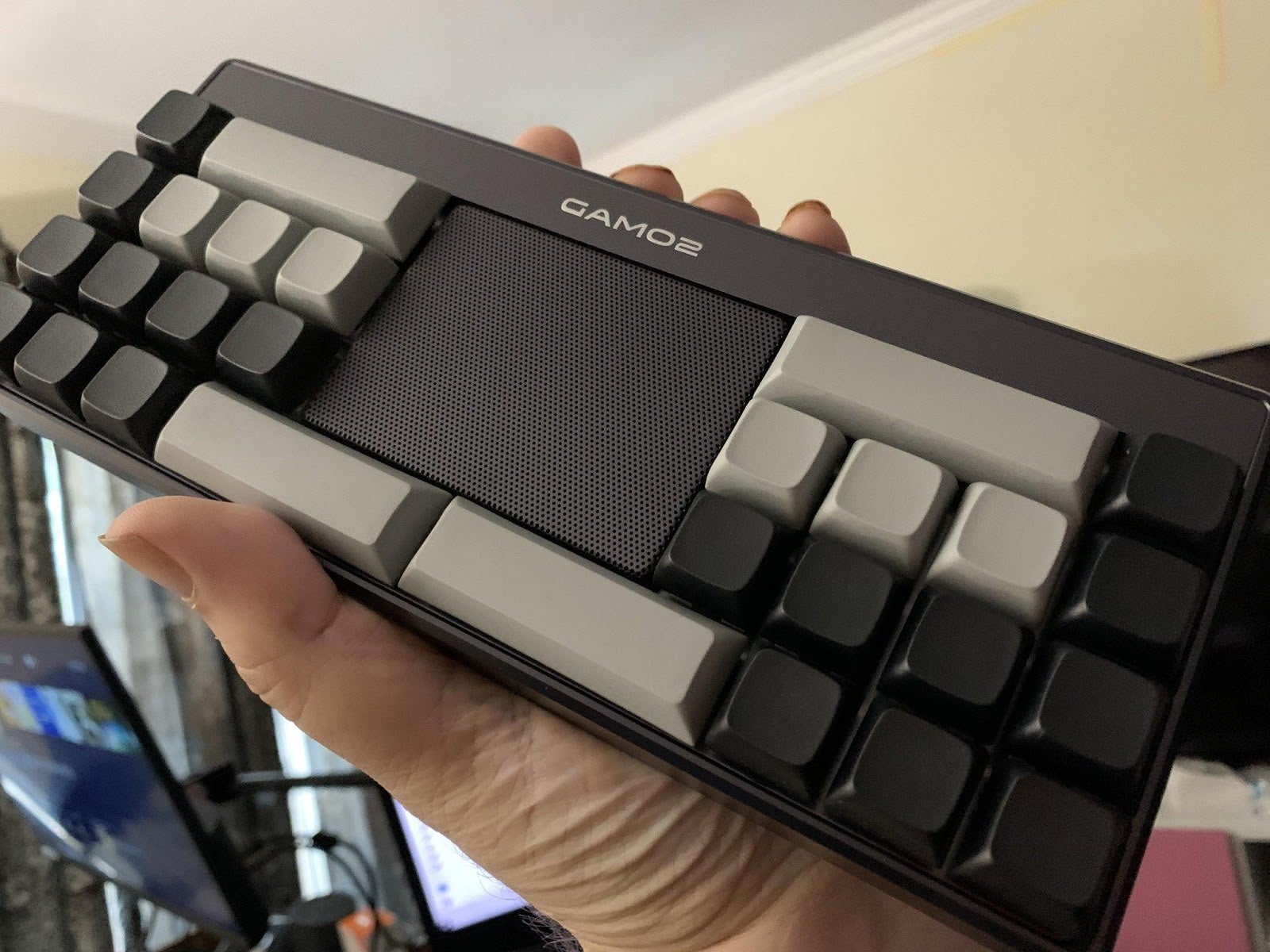 The K28 has a very small footprint. It’s also very solid, with a heavy aluminium base for stability. I paid $US150 ($224) for mine, and I do not regret a single penny.

The K28 supports most of the rhythm games I play on Switch and PlayStation 4 right out of the box. Presets for the two consoles cover DJMAX Respect, Musynx, the Hatsune Miku Project Diva games, Deemo, Muse Dash, Taiko no Tatsujin, and Pianista. The only console game that’s given me trouble so far is Superbeat: Xonic, because I’m used to using analogue sticks for portions of that game, which the K28 obviously lacks. The K28 also includes a preset for fighting games, in case anyone wants to try some fancier button mashing.

I do not have any videos of myself playing through songs with the K28. My current setup just doesn’t support fancy overhead productions. Fortunately, YouTubers like Tsuyosa have me covered, and they’re much better than I am to boot.

What I love about the K28 as opposed to standard keyboards is the compact key layout. My fingers tend to wander on a larger keyboard while playing rhythm games. I’ll get into a groove, and the next thing I know every note I hit is wrong because my fingers shifted to the left or right. There’s no room to move on the K28. My fingers stay in place.

What will not stay in place for much longer is the K28’s keycaps. Those plain black and grey covers are begging for some custom caps. I’m not sure if I am going to order something special or dig through the thousands of caps I already own, but I’m going to mess this thing up. Pink and yellow, maybe? Who knows.

I love this little keyboard. It’s exactly what I wanted to bring my rhythm game…game to the next level. One day I will be as good as Tsuyosa.

Or my fingers will fall off.