The Latest Lego Game Is A Star Wars: Galaxy Of Heroes Clone, And That’s Fine

Released on iOS and Android in 2015, EA’s Star Wars: Galaxy of Heroes is a role-playing game in which players collect Star Wars characters, form teams, and fight in short but satisfying turn-based battles. Lego Legacy: Heroes Unboxed, launching this Thursday for iOS, Android, and Windows, is the same thing, only we’re collecting Lego minifigures. I like collecting Lego minifigures.

It’s not strange at all how similar the two games are. Lego Legacy: Heroes Unboxed is developed by Gameloft, the mobile game developer that made a name for itself creating games eerily similar to popular existing games. Galaxy of Heroes’ compelling combination of collectible characters with unique abilities and quick-and-dirty battles kept me playing months longer than my attention span for such games generally lasts. It makes sense for Gameloft to take inspiration from this… 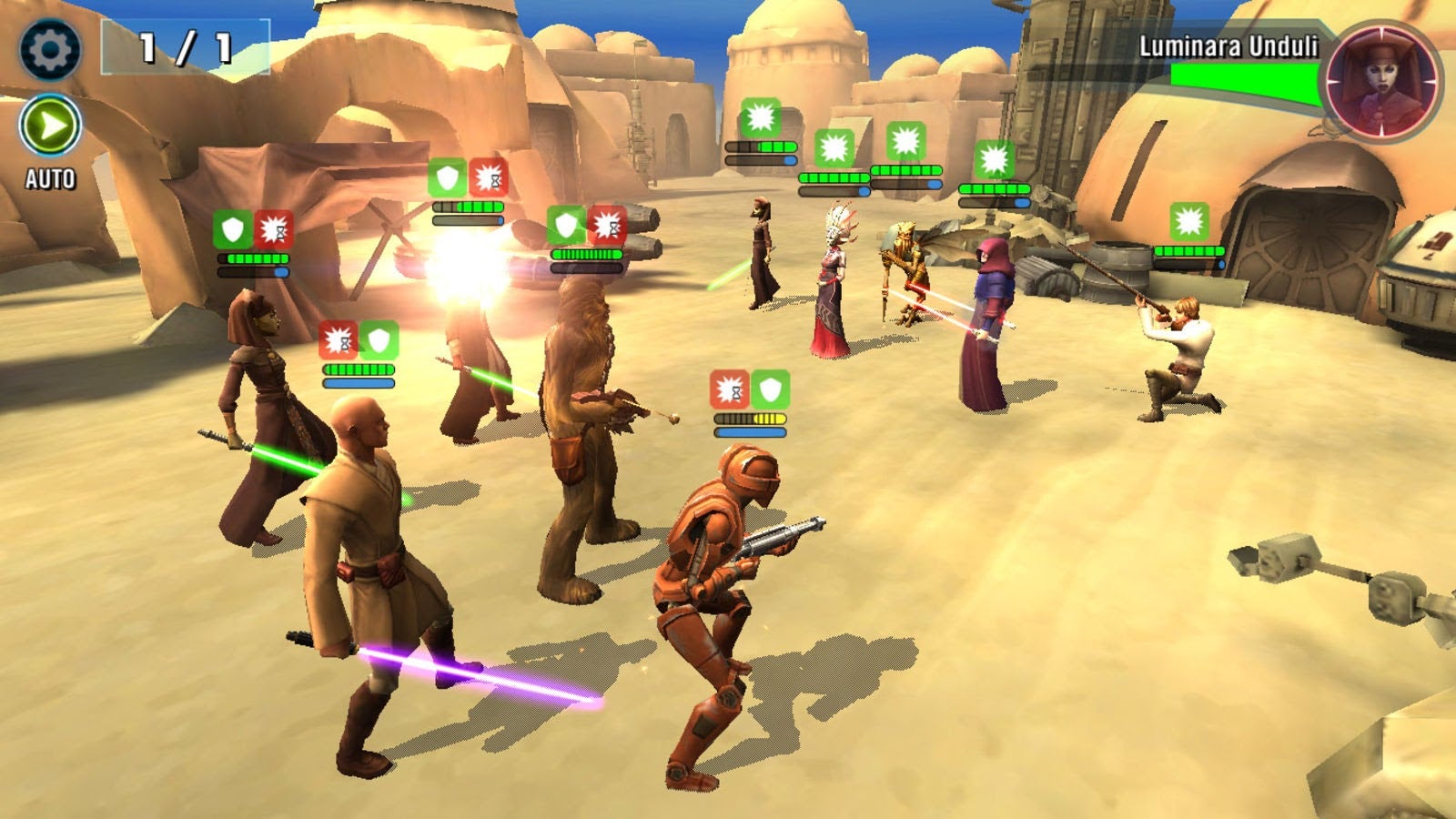 …and use it to make this. Goodness, I did not realise how similar the two games really were until I put those screenshots on top of each other. Wow.

I enjoyed Galaxy of Heroes’ gameplay quite a bit, though I got tired of desperately chasing after rare and powerful characters to build a team competitive in single-player events as well as multiplayer battles. The temptation to drop real cash on a chance to add a popular new character to my roster was too strong. But that was Star Wars. Heroes Unboxed is about collecting silly little plastic people. Surely I won’t be as compelled. 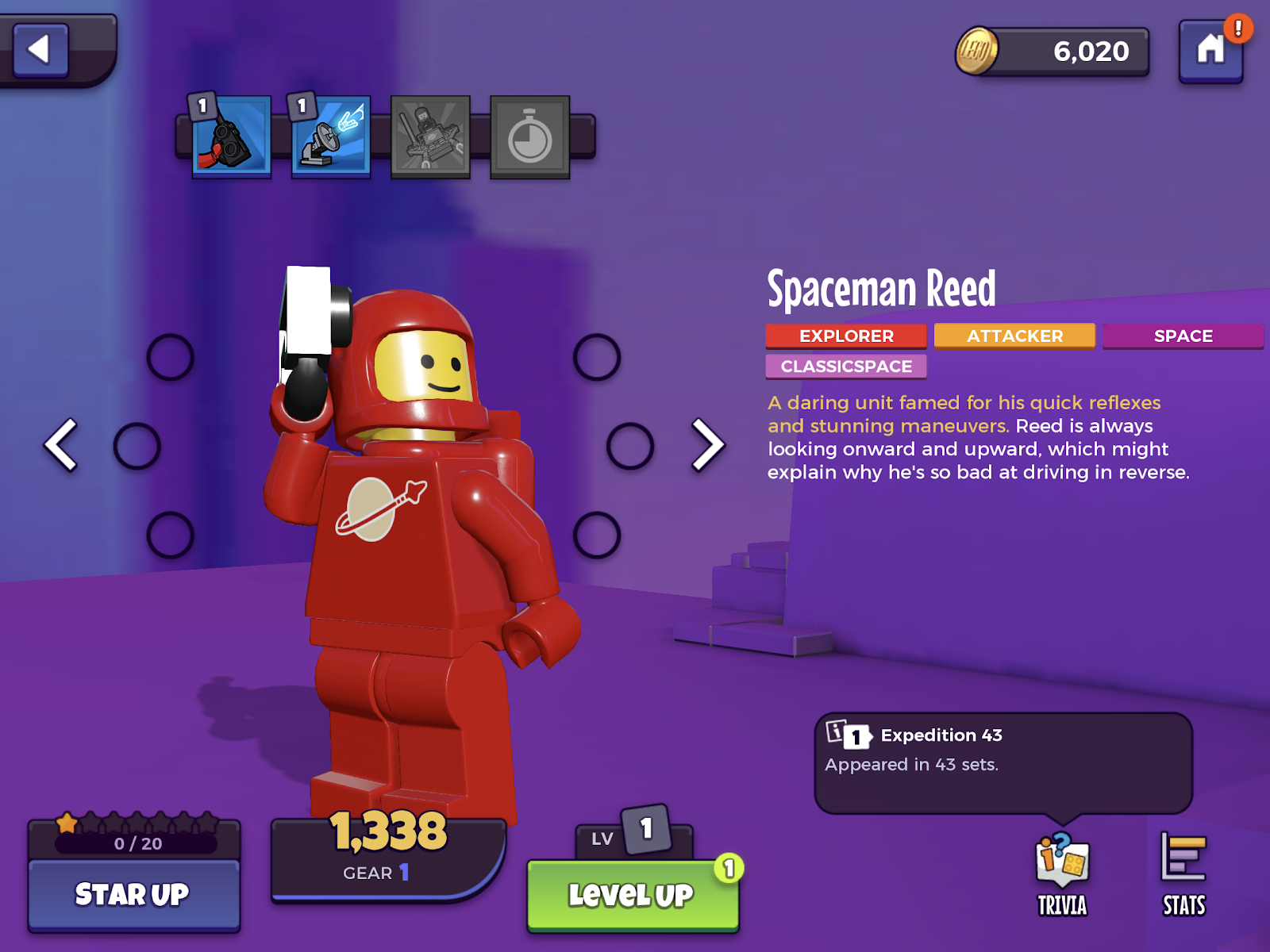 There are currently 53 or so minifigures to unlock in Heroes Unboxed, each with their own unique special battle skills. Some heal. Some draw the enemy’s attention. Some damage large groups, while others are better one-on-one. Each one needs to be leveled up. Each needs to collect bits of equipment to increase their gear rank. Each can “star up” by collecting additional character shards through in-game rewards or purchased booster packs.

It’s a lot like Star Wars: Galaxy of Heroes, but Lego Legacy: Heroes Unboxed is a much brighter, happier game. It’s got that wacky Lego sense of humour. Characters play guitars and fling fried eggs at each other. Best of all, it’s a celebration of the Lego minifigure. With the recent passing of minifigure creator Jens Nygaard Knudsen, we could all use a little time in the world of these iconic plastic people.