Being raised from birth as a lethal assassin by your mum’s cabal of sinister killers and having .

That’s the premise of one of several interpretations of classic fairytales found in Batman Tales: Once Upon a Crime, by Derek Fridolfs and Dustin Nguyen, a new anthology for middle-grade readers that takes beloved childhood folktales and re-interprets them through the a watercolor lens, via Gotham City’s best and brightest (and some of its darkest, to boot). The full cover for Once Upon a Crime. (Image: Dustin Nguyen, DC Comics)

The graphic novel covers everything from takes on Alice in Wonderland to The Princess and the Pea, but Damian’s tale in Once Upon a Time, “Waynocchio,” sees the young boy wonder imagine himself in the wooden footsteps of the beloved puppet”weaving a bedtime story of Bruce and Talia making their very own son in the form of a hand-sculpted puppet, brought to life by a little Zatanna-based magic.

To find out more, we spoke with Fridolfs and Nguyen over email to see how Once Upon a Crime came about, and why Damian himself was the perfect Robin to bring into its fairytale wonders. Check out the interview below, as well as a look at the opening pages of “Waynocchio”.

Whitbrook: Tell us a little bit about how you both came to Batman Tales: Once Upon a Crime. What was it about the Bat-Family that made them so suited to the world of fairytales?Â

Derek Fridolfs: DC approached Dustin and I about working on their new line of middle-grade graphic novels, and so it was great coming back to the Batman characters again. Fairy tales have always been popular with children of all ages. Batman and the world of Gotham already exist in a hyper-realised fantasy reality of their own. Also, the characters in Gotham seem to translate well into all sorts of genres, including superhero, crime, horror, sci-fi, and more. It seemed like a fun way to blend two very popular things together and see what happened.

Dustin Nguyen: I’ve always felt like Gotham itself exists in a sort of modern fairytale landscape. The characters are all colourful and whimsical at the same time. We’ve told stories in this way before, but neither of us could pass up having an entire graphic novel to let it all unfold!

Whitbrook: Obviously in a world like Batman’s, there’s such a vast swath of characters you could draw upon. How did you whittle it down to the best characters to re-imagine these classics with?

Fridolfs: Instead of writing one long self-contained story that would focus on just one fairy tale, we felt it would be better to do it as an anthology, with four distinct fairy tales to adapt. And that way, different tales could use different characters, allowing for many characters to show up. Most of the stories have one lead character to follow, alongside a lot of Gotham’s supporting characters. And even for something like “The Princess & The Pea,” what started out as a Harley Quinn and Poison Ivy story, quickly turned into a much more expansive tale that incorporated all of Batman’s rogue’s gallery of villains.

Whitbrook: Batman is an important aspect of Batman Tales: Once Upon a Crime, but he’s not the sole focus”what brought you to the conclusion to keep him on the periphery here?

Fridolfs: Sometimes it can be more fun writing stories where Batman isn’t the main focus. He still shows up in most of the stories in small doses. But that way when he does get a more active role, like in “The Snow Queen” adaptation, it makes it that much more meaningful.

Whitbrook: Dustin”what influences did you draw on, aesthetically, to create the look of this book? Each tale keeps a consistency of style in spite of the anthology structure. What drove you to make that choice visually?

Nguyen: Derek and I discussed making each story stand on its own, but having the look of our characters still be as recognisable and approachable as in Batman: Li’l Gotham. I wanted folks to know that we love our characters, and even though my style will evolve and change over time, the characters they’ve come to love will always be there. 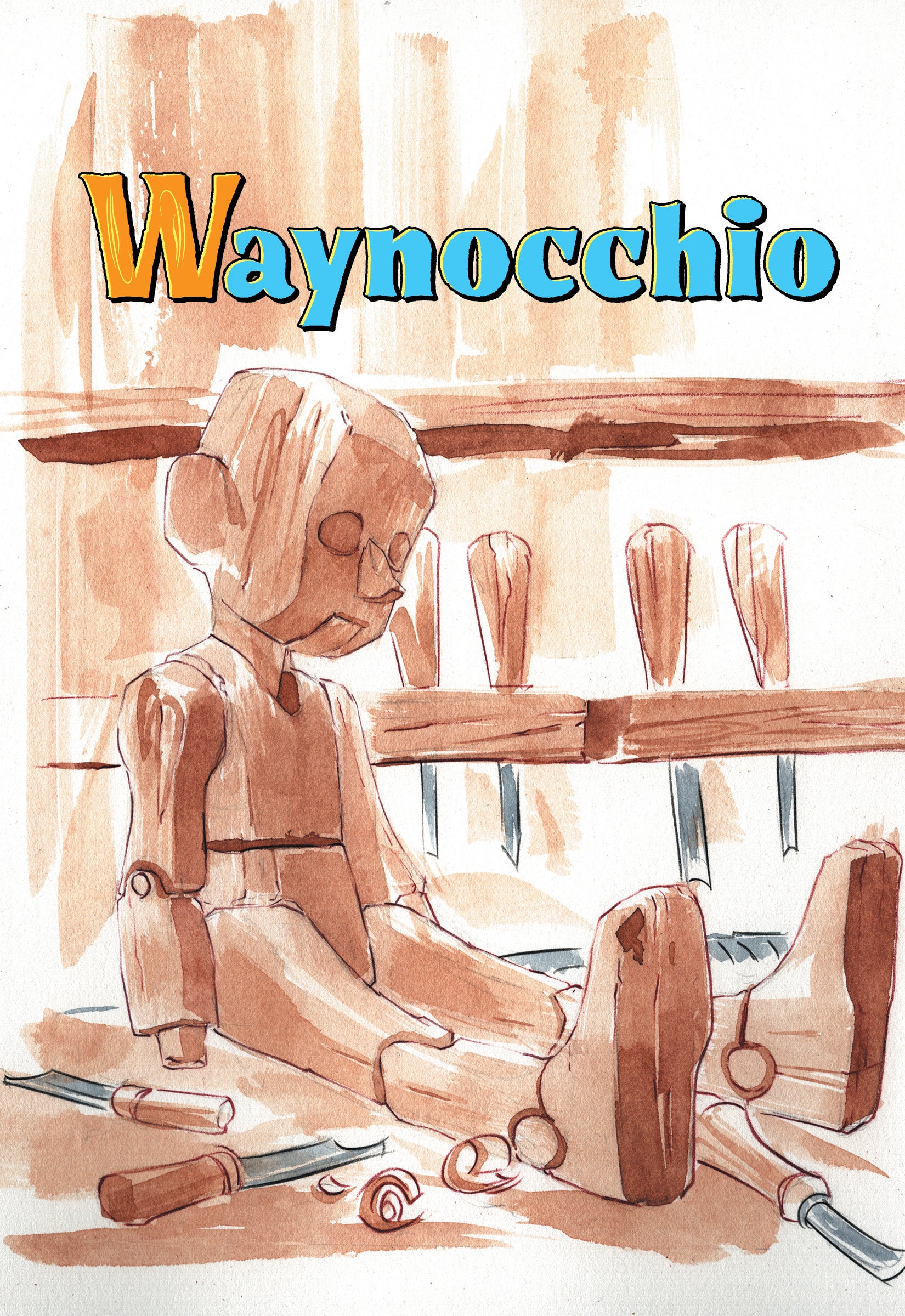 An exclusive look inside “Waynocchio”, one of the stories told in <em>Batman Tales: Once Upon a Crime.</em> 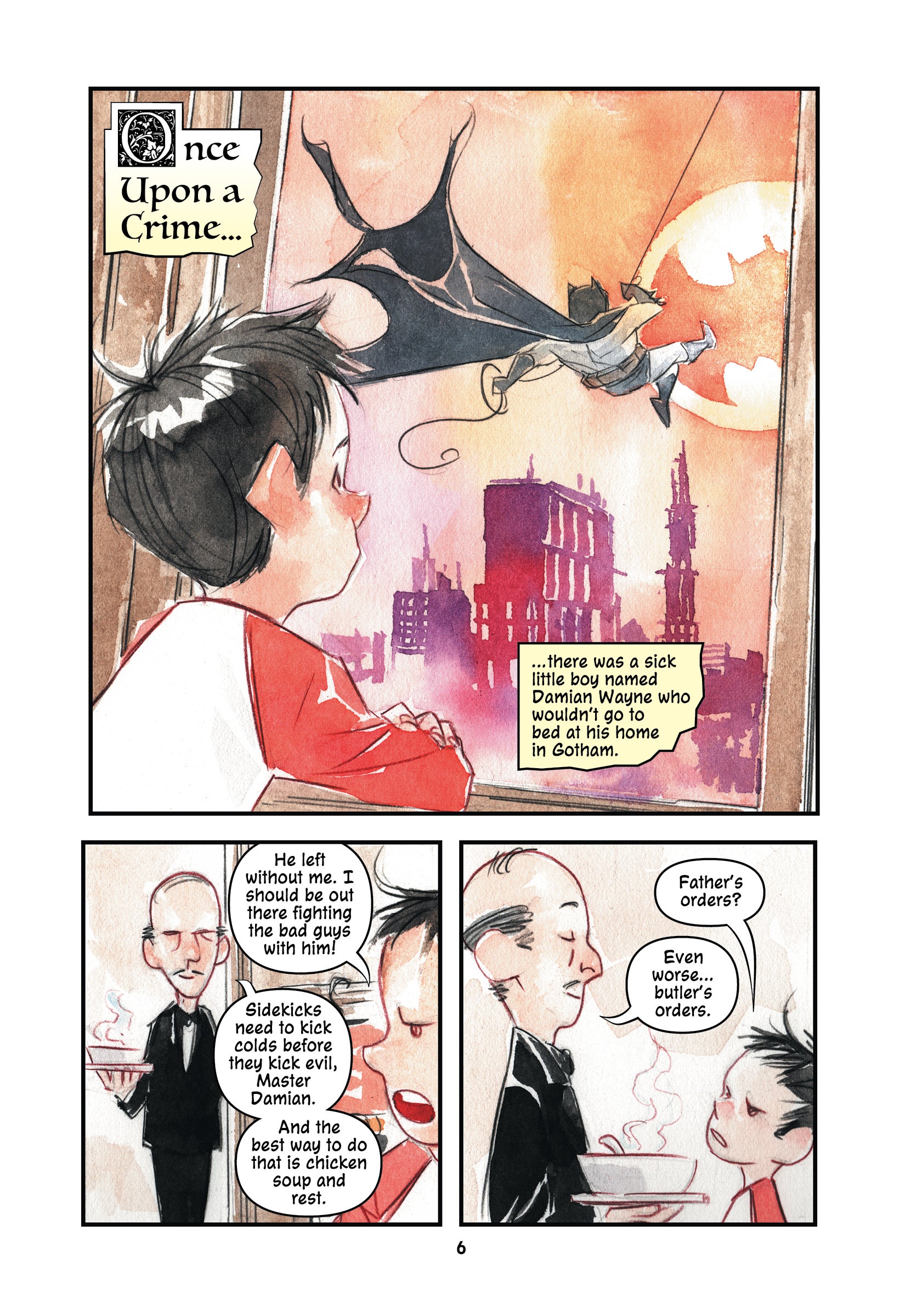 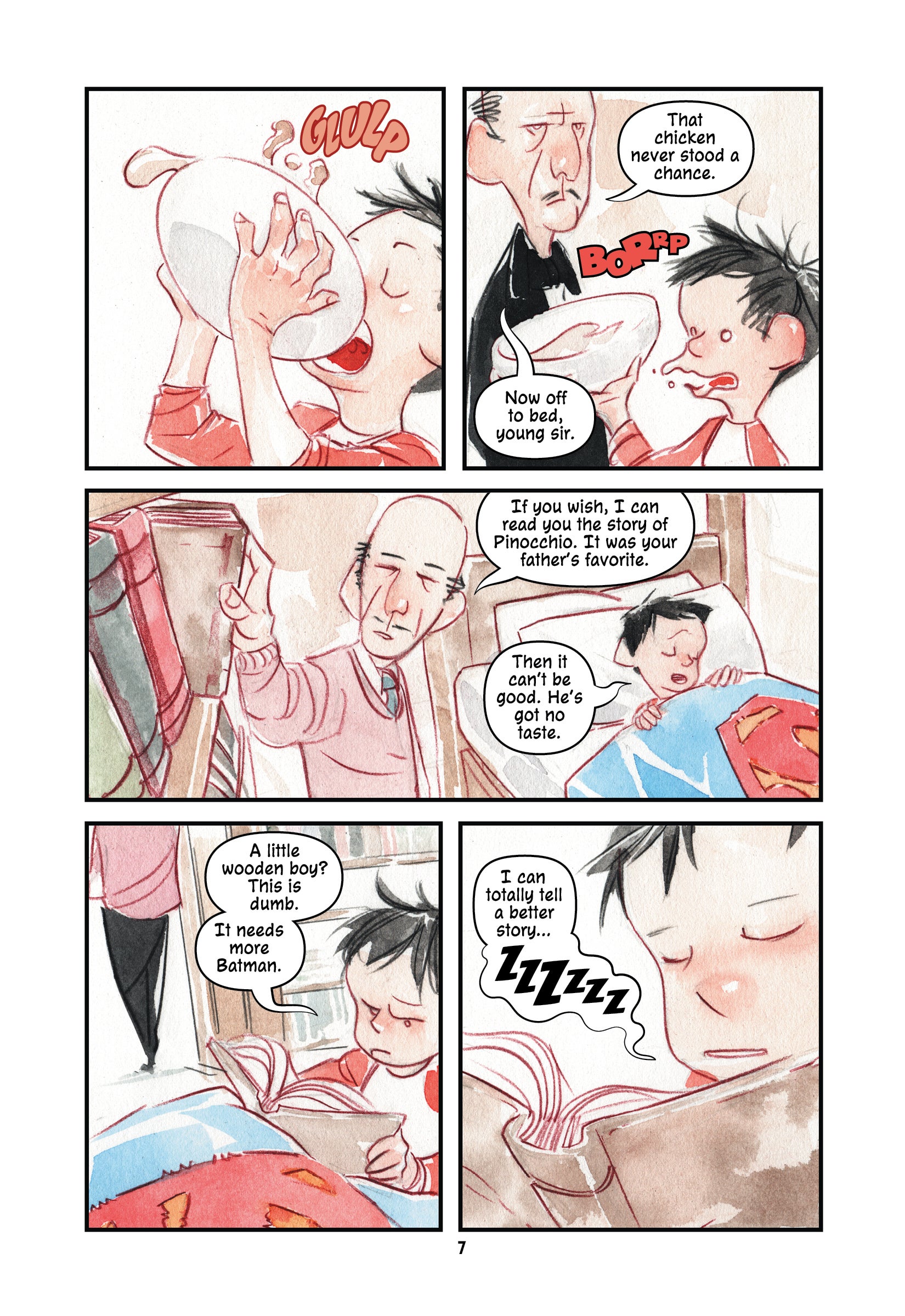 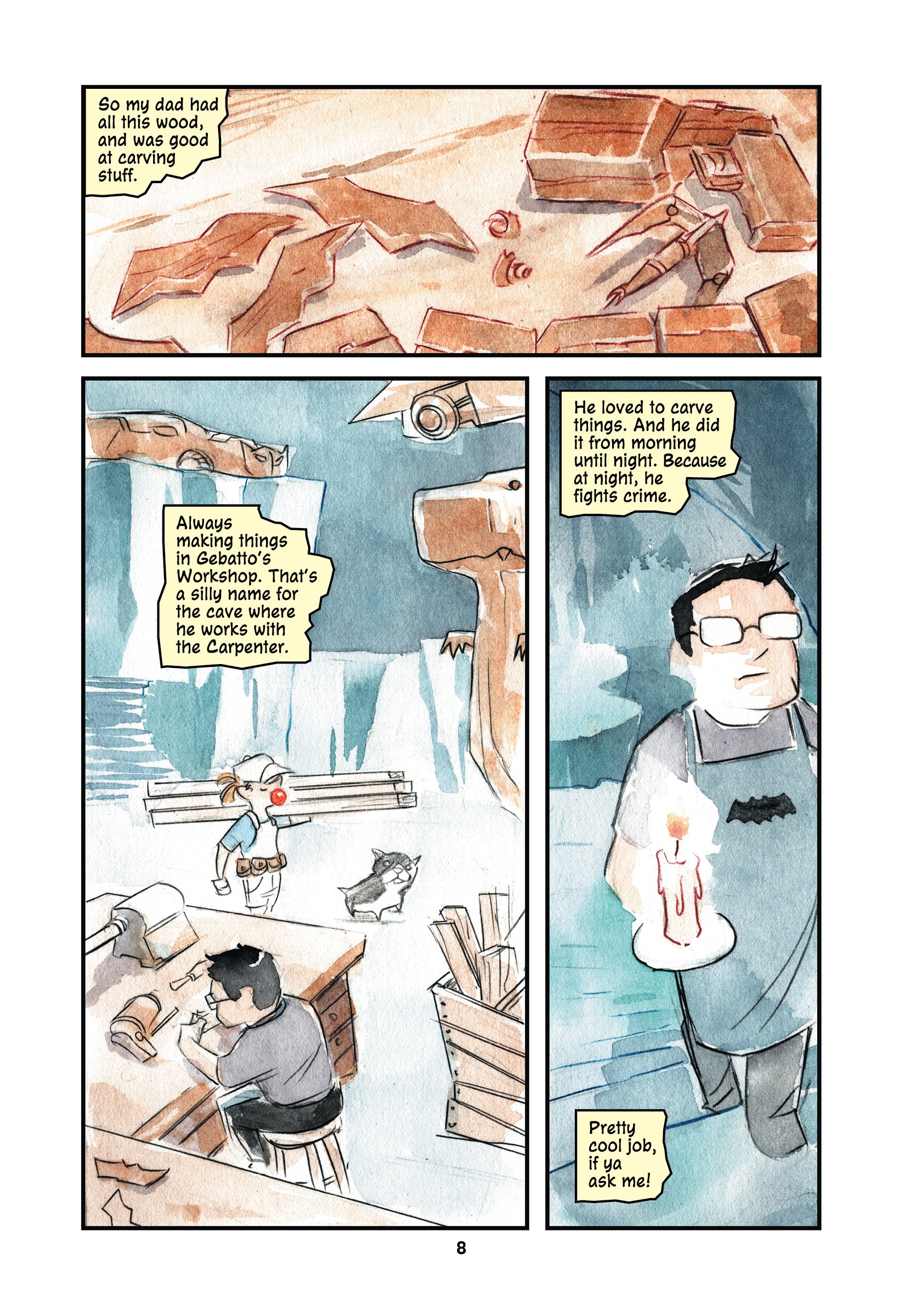 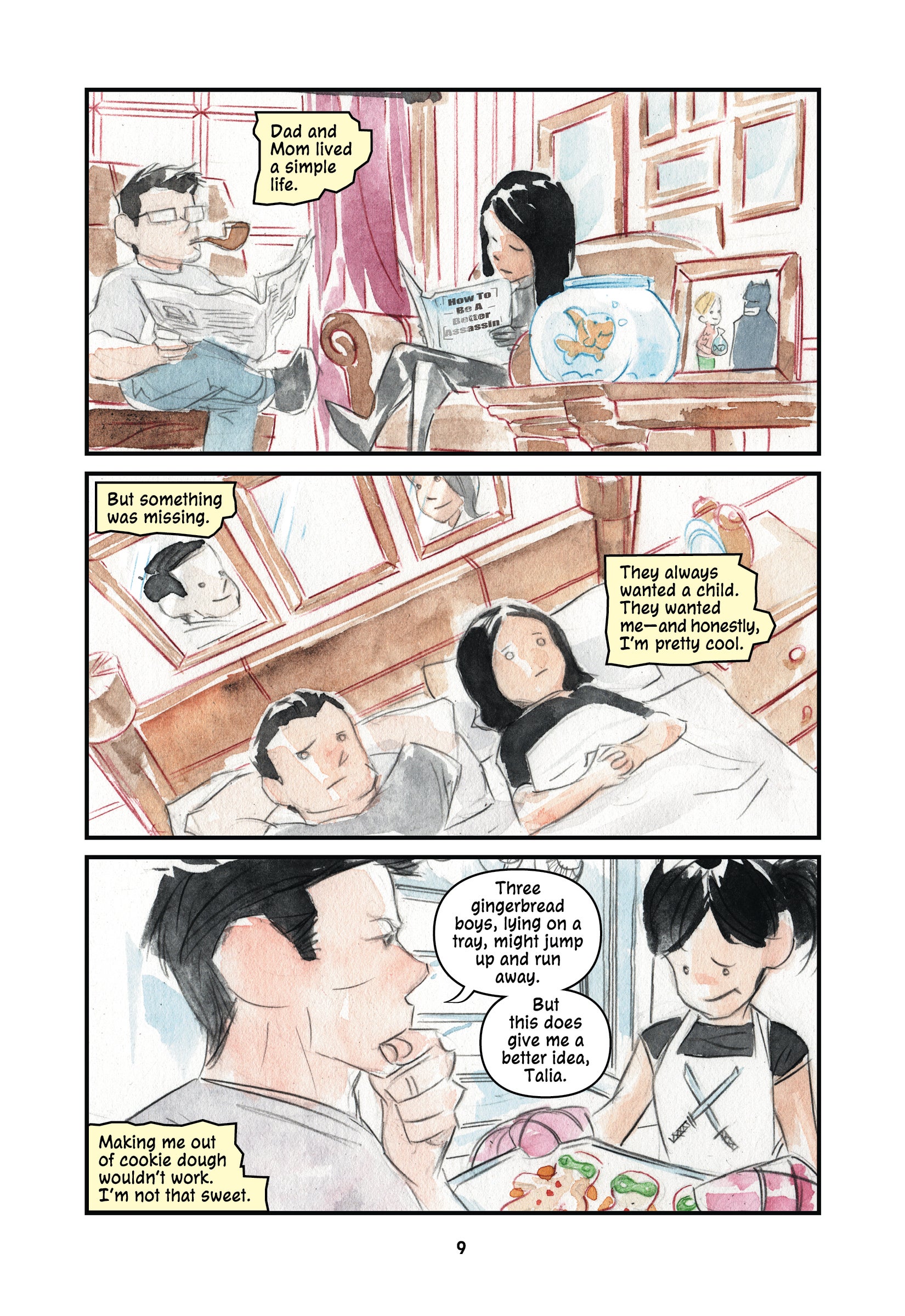 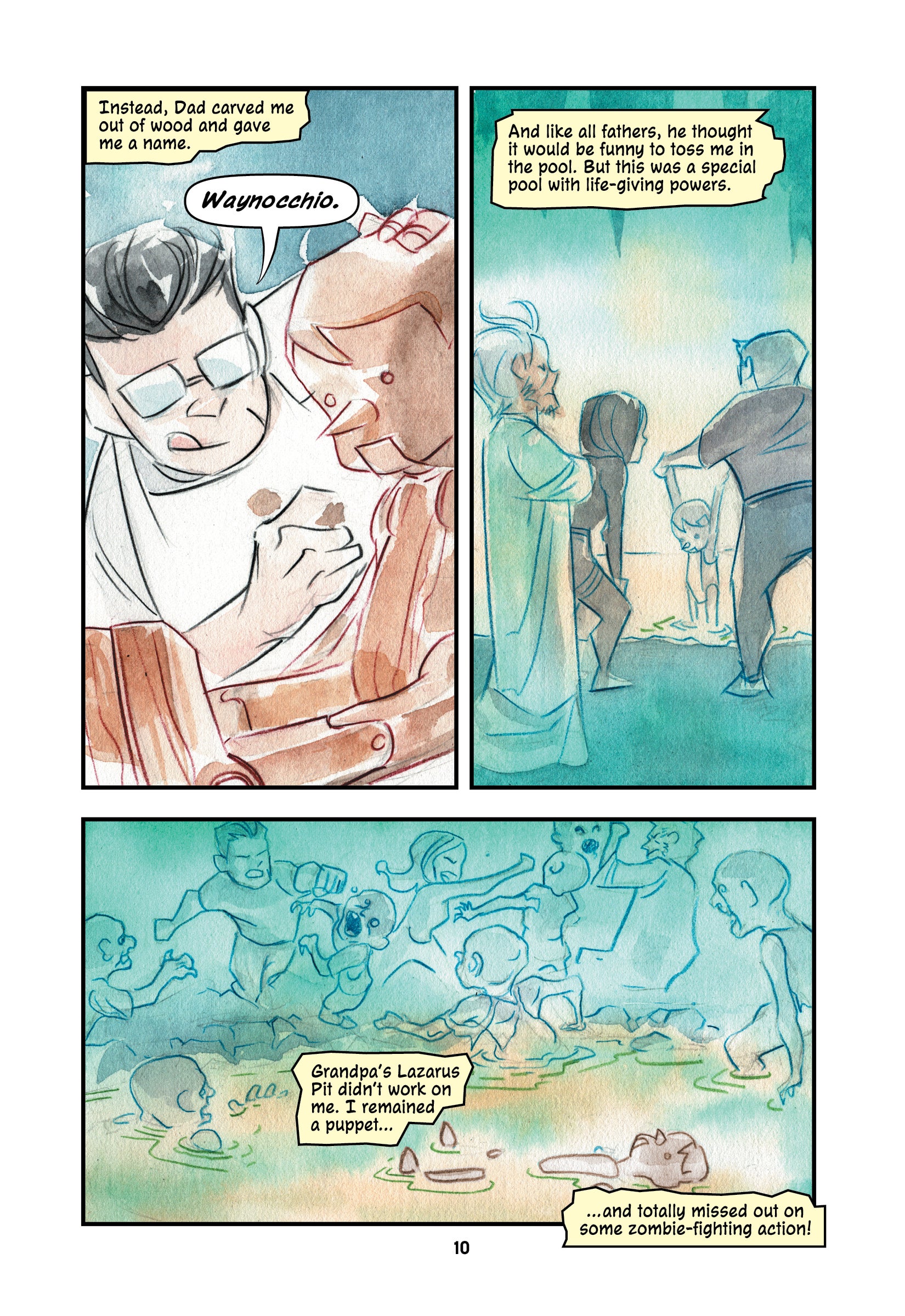 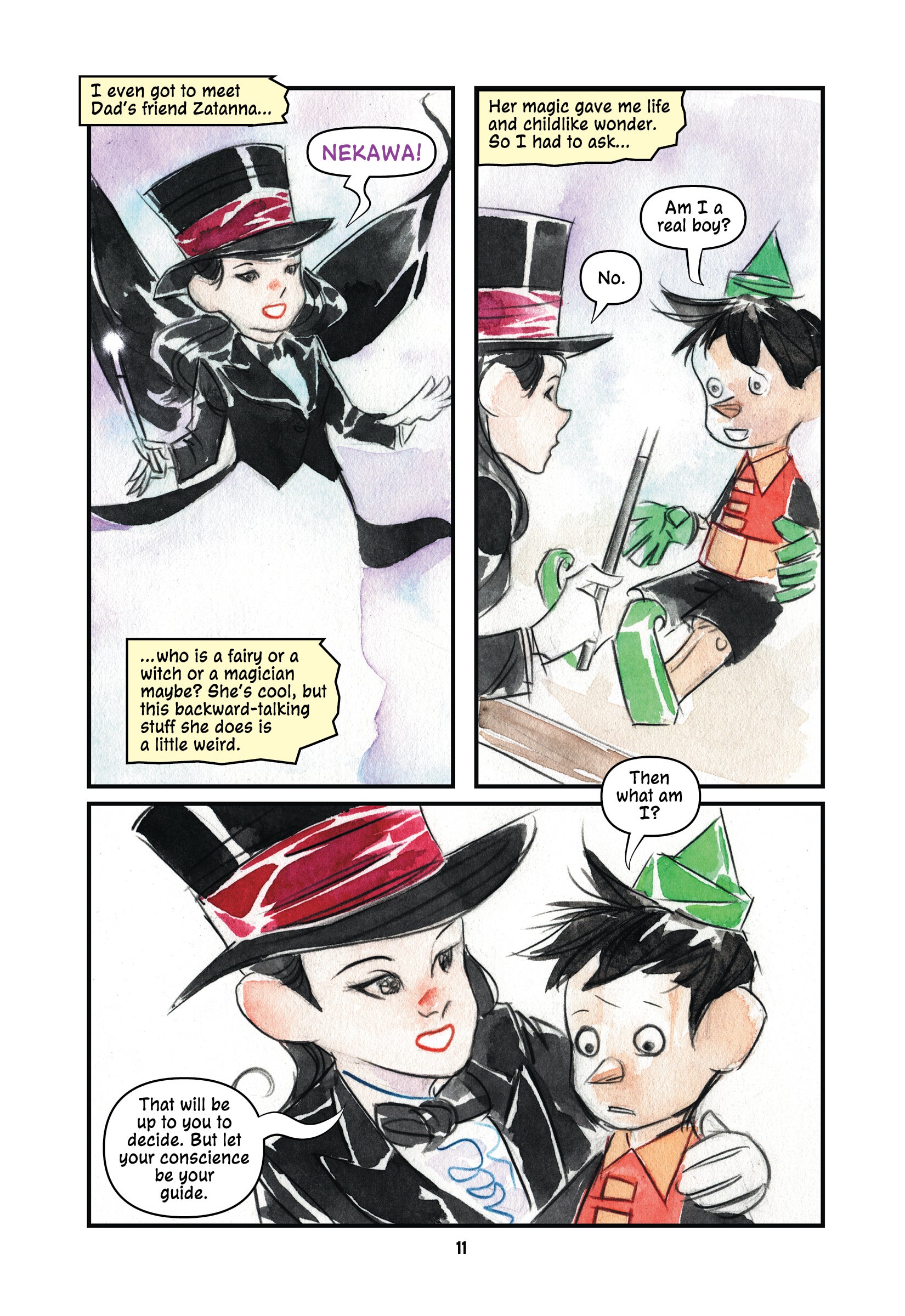 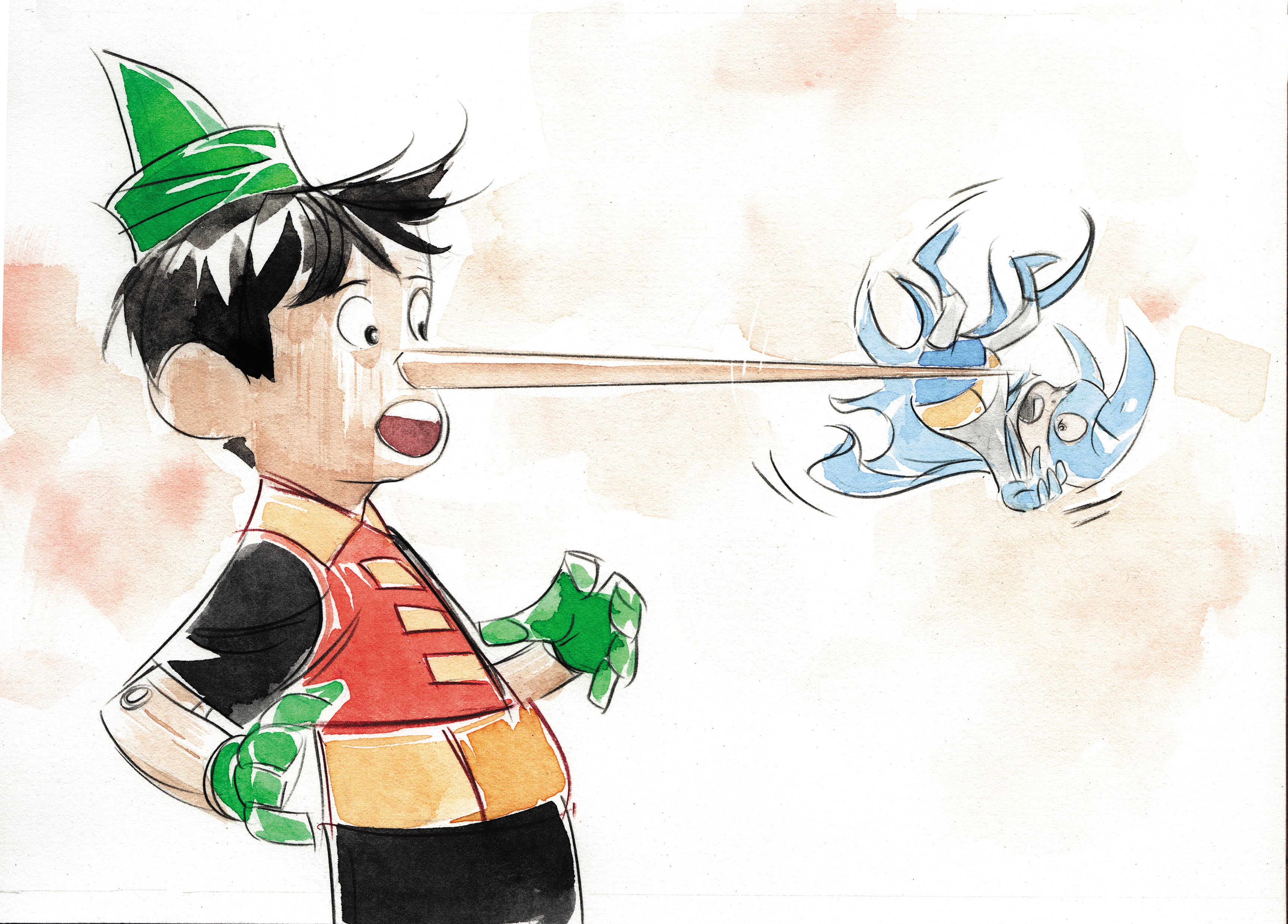 Whitbrook: Of all the Robins, you pull a focus on Damian for “Waynocchio.” Was it simply his familial link to Bruce that drove that decision, or was there another reason you wanted Damian’s lens on this story?

Fridolfs: During the course of Batman: Li’l Gotham, Damian became a real favourite to use. Not just because he’s Batman’s partner, but also his son. And someone that our younger audience might relate to. This goes all the way back to Robin’s creation in the 1940s, when DC brought him in as a young character that their readers could relate to. Young readers could picture themselves in Robin’s shoes, fighting alongside Batman.

Whitbrook: What drew you to pair Damian with the story of Pinocchio?

Fridolfs: Damian doesn’t just want to become Batman’s sidekick, he eventually wants to take over the role of Batman himself. He feels that by being Batman’s son, inheriting the cape and cowl mantle is owed to him. And in some ways, the younger audience might relate to picturing themselves more in the role of Batman, rather than just being relegated to a sidekick. And that seemed somewhat similar to Pinocchio’s motivation and dreams of wanting to be more than a puppet, and become a real boy.

I also wanted to throw in as many puns about Damian’s wooden appearance as possible, and see Dustin draw him in funny Pinocchio clothing! And then there’s the thrill of having two “Jiminys” in the story to be Damian’s conscience; like an angel and a devil on his shoulder fighting to influence his actions.

Nguyen: Like Derek pointed out, there’s something about Damian that swings towards the tale of Pinocchio, having the good and bad struggle between his ears.

Whitbrook: Being quite a”diplomatically speaking”rambunctious character, what do you think it is about Damian in particular that makes him ideal for a middle-grade audience?

Fridolfs: Damian can be obnoxious, with a strong-willed attitude. He doesn’t like being told what to do, and would rather do things his own way. I’m sure that’s something we can all relate to, whether we’d admit it or not. But even through all that, he still has a good heart, even if it is hidden, and eventually will do the right thing. He’s a joy to write, and I always picture our readers vicariously living through his actions and stories.

Nguyen: I think his middle-grade attitude makes him an ideal character. I have a child in middle school now, as well as a high schooler, and my experiences with parenting line up perfectly with having to deal with Damian in our stories. Plus, of all the Robins, Damian might also be the most animated in character both visually and mentally. It’s perfect for the look of our book”and for me to draw!Â

Batman Tales: Once Upon a Crime hits shelves onÂ February 11.