Don’t Expect The Valve Index To Come To Australia 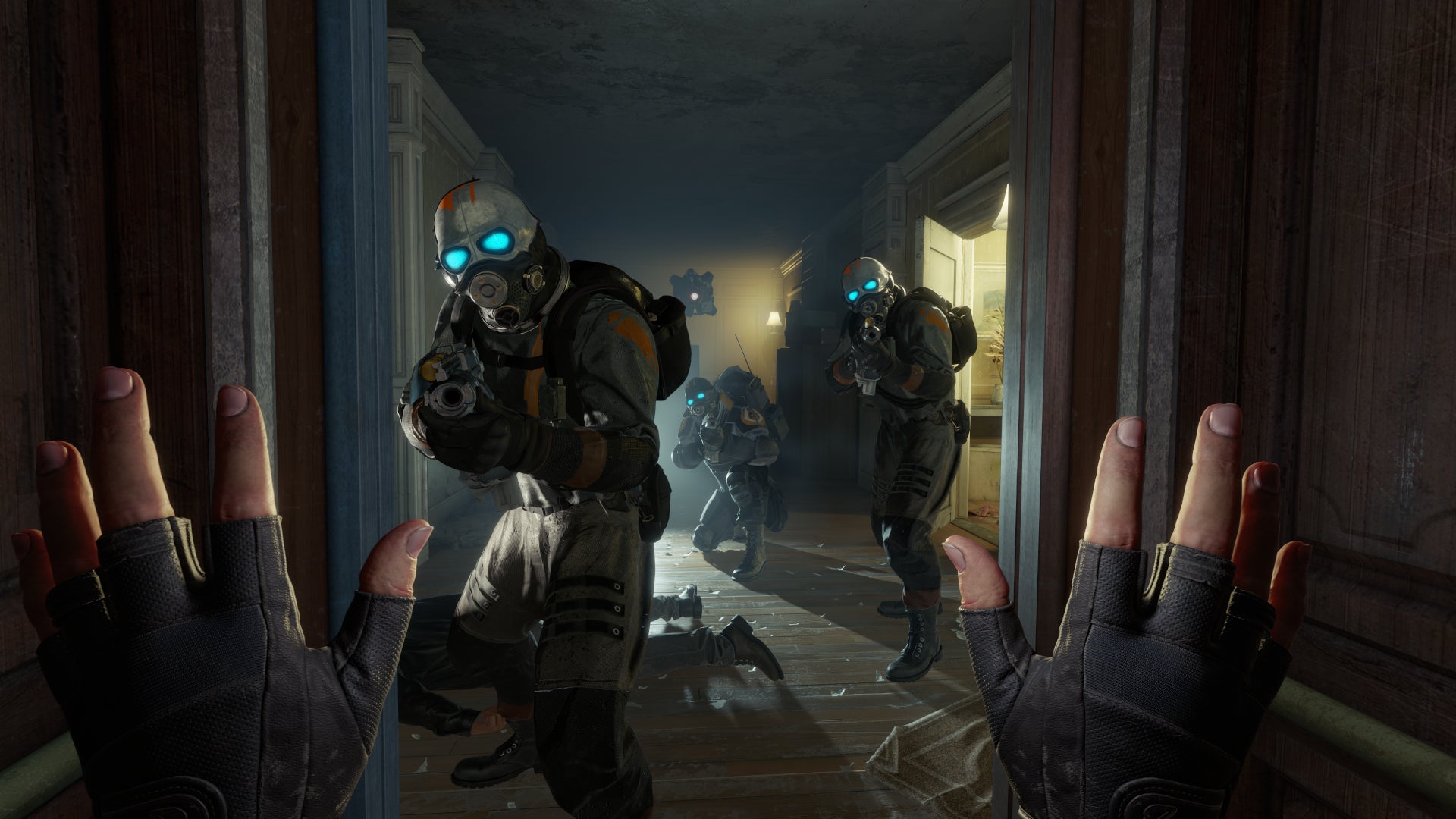 Image: Half-Life Alyx
To sign up for our daily newsletter covering the latest news, features and reviews, head HERE. For a running feed of all our stories, follow us on Twitter HERE. Or you can bookmark the Kotaku Australia homepage to visit whenever you need a news fix.

It may not seem like the biggest deal in the world that the Valve Index isn’t available in Australia. But when you consider the fact that the headset launched in June last year, and the closest thing the world has seen to Half-Life 3 is launching in just over a month as a VR-only game, the headset’s absence is downright annoying.

It’s not like Valve hasn’t sold hardware in Australia before. Even while they were slugging it out with the ACCC over refunds, Valve’s Steam Link boxes and Steam Controllers were available here, with EB in particular offering plenty of great bargains on the streaming box. Valve didn’t have a branded headset of their own at the time, but the HTC VIVE was available in small quantities among Australian retailers. Even Harvey Norman got involved, buying a booth at PAX and showcasing their intention to stock VR headsets in some of their brick and mortar stores.

In a couple of weeks, HTC will kick off the first retail sales of its Vive virtual reality headset in Australia's two largest electronics retail stores. JB and Harvey Norman will start to sell the Vive from November 21.

But despite that lengthy lead time – and increased appetite from retailers like JB Hi-Fi, EB Games and others to stock more expensive, higher margin PC gear – there’s been absolutely no word on local availability of the Index at all. I’ve emailed Valve repeatedly about it over the last few weeks, but the company declined to respond to inquiries about when the Index might be stocked here, or shipped directly to Australians.

To their credit, getting any VR headset is a bit of an issue right now. Potentially because of the interest around Alyx, and the fact that there wasn’t a huge amount of supply for VR headsets worldwide anyway, and that gets worse when you factor in shipping to Australia. Remember how people could get the Oculus Rift shipped to Australia from Oculus themselves? That’s not available anymore, with the official site directing users to Amazon Australia instead. The official HTC Vive website is out of stock, but Amazon will import the Vive Pro for around $1670. (The Pro Starter kit, which comes with the Vive basestations for room tracking, is a cheeky $2200.) Another option is to grab the Oculus Quest and the Link cable to hook it up to the PC – since the Quest was designed to be an all-in-one VR device and not actually tethered to anything.

That hasn’t stopped some users, although those looking to enjoy Alyx in the best possible light had better prepare. One user on the Valve Index subreddit briefly wrote up their experience of getting Valve’s VR headset shipped to Australia. Buying from the US is easier than it used to be, thanks to Australia Post’s ShopMate service, but the whole experience still came to around $1900:

Given how outraged everyone was when they saw the low four-figure price on the Oculus Rift, having to cop an extra $300 in shipping and import duties before even opening the box, not to mention the $US1000 cost of the Index to begin with? It’s no surprise the Index is hard to find.

I reached out to some major Australian retailers, but they either declined to comment on the record, or didn’t respond by the time of writing. EB Games, to their credit, said over email that they had “no word” on stocking the headset locally. I followed up on whether that was because Valve declined to make it available, whether EB showed a lack of interest, or another reason, but the company didn’t get back by the time of publication.

One source at an Australian retailer, however, told Kotaku Australia that Valve had been non-responsive in the past, and it would be unlikely the Index would ever be stocked locally.

“I would say it will be pretty difficult to get [the Index] into the country, unless their supply situation has changed,” they said.

It’s possible that a deal is still in the works. Harvey Norman made a big deal at PAX Australia a few years ago about stocking VR headsets, and the biggest elephant in the room, JB Hi-Fi, would undoubtedly have some sway in getting some headsets in Australia. But it’s possible that Valve simply doesn’t want to deal with the hassle of shipping outside of Australia, given the experience of the past few years and the added hassle of export and customs.

What’s aggravating for Australians is the silence from Valve. It would suck if Valve simply refused to sell the Index in Australia, but it wouldn’t be without cause. It’s much easier to simply support individual customers who use international services to handle the forwarding and shipping, like Australia Post does.

It’s a shitty deal for Australians, of course. On the bright side, at least Alyx will support every other major VR headset on the market. They won’t be as good an experience as the Index, but it’s better than missing out on a new Half-Life. 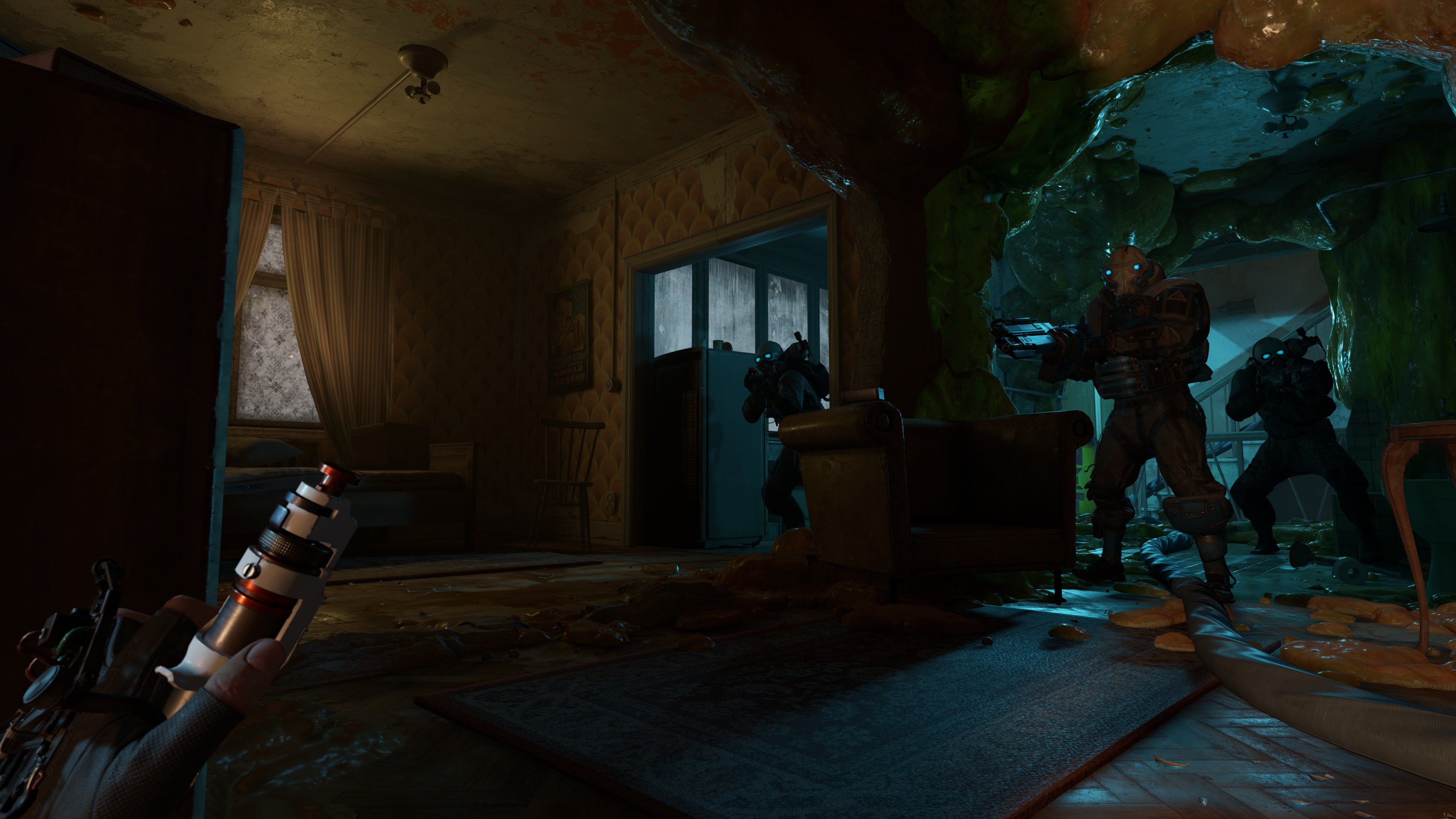 It Sucks That Half-Life: Alyx Is VR Only, But I'm Still Excited For More Half-Life

Half-Life 2 is probably my favourite game of all time, with my other option being Half-Life 1. I wanted to start with that sentence because I think it really helps explain my love for the Half-Life franchise. And as a lifelong, hardcore, super Half-Life fan I’m excited to play Half-Life: Alyx, even if it means I have to borrow a VR headset and put up with weird VR issues.