Wolcen Is A Diablo Clone With Big Potential And Bigger Bugs

Wolcen: Lords of Mayhem, an action role-playing game for PC in the style of Diablo that’s been making waves on Steam recently, has a lot going for it. There’s the gargantuan skill tree whose rings you can physically rotate to create near-limitless build possibilities. Eye-catching graphics that put it in league with upcoming genre megaliths like Diablo IV and Path of Exile 2. A rock-solid base of compulsively-satisfying smacking. Unfortunately, instead of drowning in loot pooped out by the legions of the damned, players are currently under a tidal wave of bugs.

I’ve played Wolcen for about five hours now, and I’ve had a pretty good time. There’s been some server lag, and an issue where sound repeatedly cuts out. But other players have had it worse, dinging the game fiercely and repeatedly for problems that affect later chapters: features that cause your game to start crashing on launch, endgame bosses that go haywire, passive skills that don’t actually do anything, quest monsters that don’t spawn, item maths that doesn’t add up over time, and unstable servers that delete items and progress.

In an update posted yesterday, developer Wolcen Studio said it is doing its best “to resolve all these problems as fast as possible” and has temporarily limited online server capacity in order to take the edge off some of them.

Right now, however, it’s probably best to steer clear. That’s a shame, because Wolcen is a hot rod of a game hampered by some rusty, sputtering parts. Its story and setting—a mishmash of fairly derivative grimdark overtones and undead crises—won’t have you frantically clicking through dialogue to find out what happens next, but it’s all presented impressively. More importantly, smashing open loot pinatas like a kid at an endless occult birthday party feels good, and I quickly found myself helplessly absorbed in the satisfying rhythm of my sorcerer’s abilities.

In Wolcen, you juggle three resources: rage, willpower, and stamina. Rage and willpower are intertwined, with rage powering attack-based skills and willpower giving spells their juice. You can fill up your rage or willpower with standard attacks, but they also react to skills of the opposite type. If you cast a fireball spell, you’ll drain willpower but gain a respectable helping of rage. This leads to a unique, fast-paced skill rhythm that encourages variety and thinking on your feet. By pairing this with a dodging mechanic (powered by stamina) and powerful enemies that ever-so-slightly telegraph their attacks, Wolcen emphasises the “action” part of the ARPG formula. 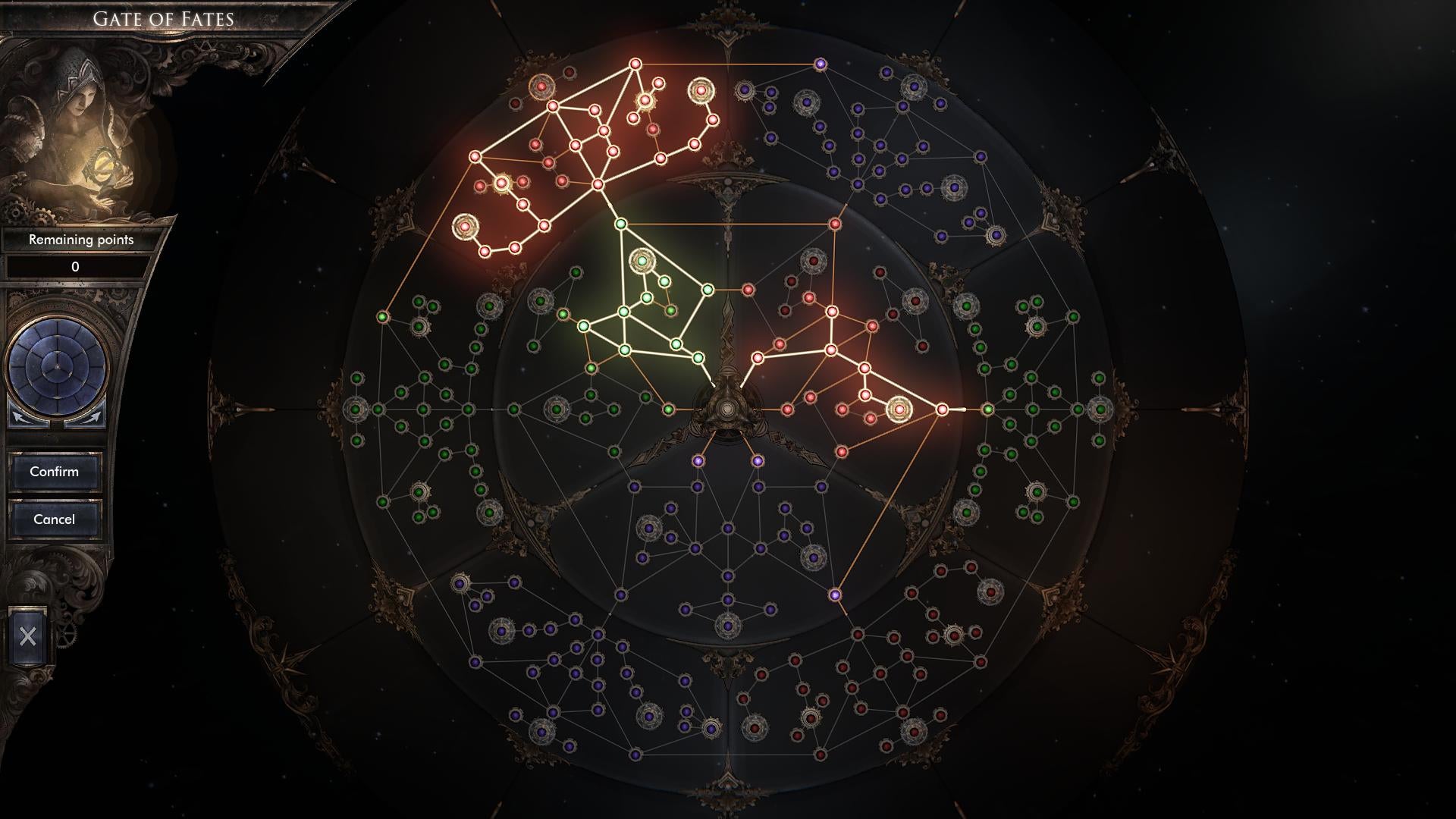 You’ll also discover new abilities at a pretty steady clip while slashing and looting your way through monster hordes, and you can learn (or sell) them as you please, regardless of whether or not they fit your currently-equipped gear loadout. These level up with use and can be repeatedly modified over time. For example, I started by giving my fireball spell a 10 per cent damage boost, but then, after levelling it up some more, I added another modifier that drops its damage by 30 per cent and splits it into two separate fireballs. I’m only just getting started, too, so I’m eager to see what happens when I unlock modifiers that add lighting damage, explosion effects, and a buff for myself and all allies.

Then there’s the skill tree, which further encourages you to mix things up. It’s broken up into rings, each of which are interconnected and represent different tiers of stat upgrades and abilities. The twist is that, at any given moment, you can shift the position of any ring such that the ability nodes align differently. So you can, if you want, use the first tier of magic abilities to progress to one of the second tiers of melee or ranged abilities.

For example, right now, my sorcerer is kind of a glass cannon, but I’m just a couple nodes away from getting a big boost to my toughness stat from a branch of the ranged tree that I specced into after moving the first and second circles around a little bit. Well, assuming that node works right now, anyway. I’m honestly not sure, which is a bad way to feel about a game that’s trying to offer me so much flexibility. 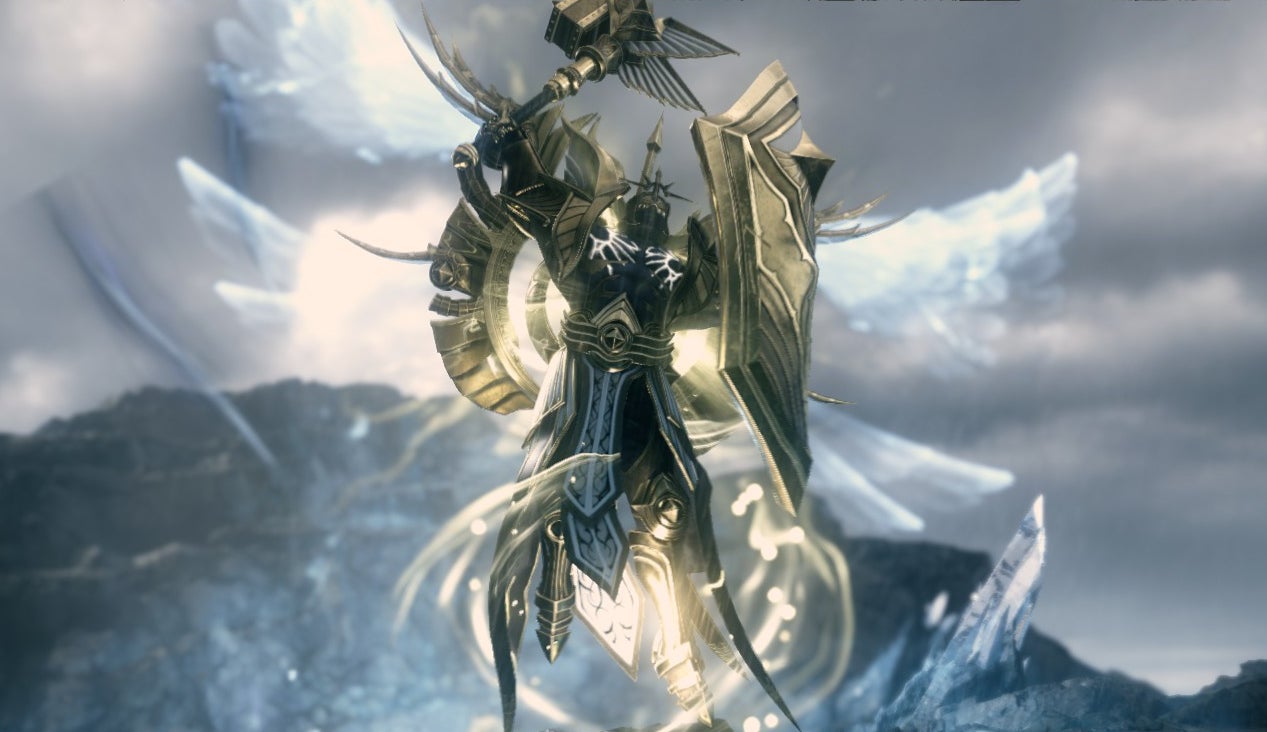 But even setting aside the looming spectre of severe bugs, Wolcen makes some decisions that artificially limit the freedom its systems otherwise encourage. Balance tends to favour melee builds right now, and the resource you have to spend to reset the skill tree is hard to come by. The former issue is fixable, but the latter is puzzling given the overwhelming sprawl of the skill tree. It takes ample experimentation to sort out which hybrids are for you and which ones aren’t, but it’s hard to feel comfortable playing skill-tree mad scientist when you might end up stuck for multiple hours with a wacky, sub-optimal build that you don’t even enjoy playing.

Wolcen, in other words, has issues. This would be excusable if it had just entered early access, but last week marked the launch of its long-awaited 1.0 build after nearly four years in early access. As is, it’s hard to recommend picking it up when there are so many significantly more polished entries in the crowded Games That Are A Whole Lot Like Diablo genre. Unless you’ve thoroughly exhausted Path of Exile, Torchlight II, Grim Dawn, Titan Quest, and of course, Diablo III, then you might as well wait until longtime Wolcen supporters finally give it the all-clear. It’s got oodles of potential, but even after all this time, it’s somehow still an elemental damage modifier-providing diamond in the rough.