The first console I owned was a PlayStation. Since then I’ve owned nearly every console Sony’s released — even the unfortunate PSP Go. But with age comes wisdom, and it’s time to accept that in the current console generation, Xbox just has a lot more to offer.

Xbox Game Pass is a Netflix-style catalogue with no PlayStation equivalent in Australia. It allows Xbox One and PC players to download a range of games on a monthly subscription basis. It costs between $10.95 and $15.95 for a bundled PC, Xbox One and Xbox Live Gold deal. The library contains around 250 games from a range of genres including indie titles and AAA games. While they come and go, there’s always a solid line-up of titles available.

In some cases, Game Pass subscribers are even able to access brand new AAA titles on the service like The Outer Worlds, which was available at launch. For new subscribers, this meant they could play the game for $1, instead of $69.

Every month new titles are released onto the service for both Xbox One and PC. This month, players are able to access Kingdom Hearts 3, Yakuza 0 and Two Point Hospital, following the recent additions of Wolfenstein: Youngblood and Final Fantasy XV earlier this month. That’s whopping good value, particularly when one month costs about the same as a single lunch. It’s a dollar more than Netflix, and most of the games offer does and many of the games on the service offer 200+ hours of entertainment on their own.

As someone who hadn’t owned an Xbox before it felt sacrilegious to take the plunge. But on a cost-by-cost basis, purchasing an Xbox One just made sense. When I first booted up Game Pass and downloaded all the games I wanted to play, there were 61 in total. I was limited more by the size of the console than the line-up itself.

Let’s say that games cost around $40 on average. Buying all of these games individually would have cost over $2,440. I’d have never gotten around to playing them even after spending that much. My shame pile is legendary at this stage.

The service is also great for discovering new games. The older I get, the less time I have. That means I need to be judicious in what I play. Sometimes it means I miss indie gems. Thankfully there’s a veritable treasure trove of indies available on the service, including a bunch of great Aussie ones like Untitled Goose Game and Death Squared. It means that people are more likely to try a game that they wouldn’t otherwise buy. 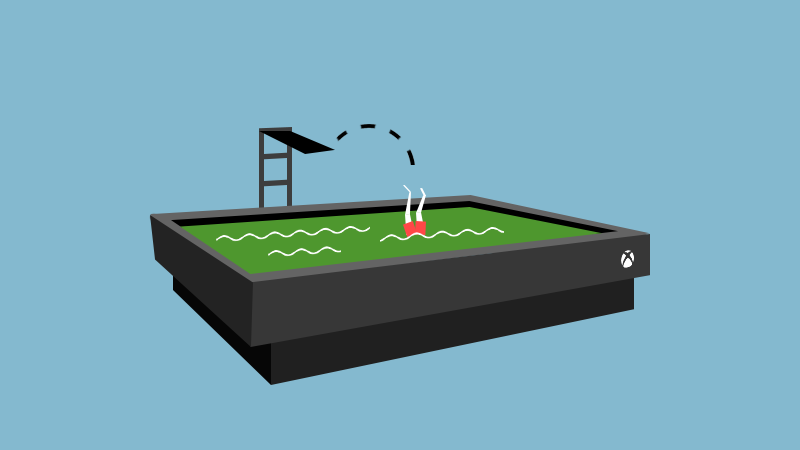 One of the bigger ironies of Xbox Game Pass being such an enticing service for Aussie gamers is that PlayStation did it first and arguably better. PlayStation Now is a game streaming service that first launched in the U.S. in 2014. It rolled out in the UK, wider Europe and Japan in 2015.

But six years later, it still hasn’t launched in Australia.

PlayStation Now contains over 700 games from across three PlayStation console generations (Playstation 2, 3 and 4). Importantly, PlayStation 4 games are available to stream online or to download much like the service offered by Xbox Game Pass. While marginally more expensive at $US9.99 ($15.10) it offers a wider range and more features than Xbox’s streaming service.

While no official reason was given for its failure to launch in Australia, the decision was likely due to our poor internet speeds and a lack of local infrastructure. In 2019, Australia was ranked 68th in the world for internet speeds, far below the global average. And while PlayStation does have a data centre in Adelaide, the difficulties around Australia’s internet generally and our lower population density make it hard for Sony to justify spinning up more centres locally, which would make PlayStation Now more viable here.

That said, Sony added a download feature in 2018 for users with slower internet. This is also how games are offered by Xbox Game Pass locally. Still, there are still few noises about the service launching in Australia.

With the launch of services like Google Stadia and GeForce Now (neither available in Australia yet), streaming is slowly becoming the norm. The subscription model is more popular than ever as the cost of living rises and people look for more financially sustainable ways to game.

Xbox Game Pass is an essential service on Xbox – for most users it’s bundled into the price of their Xbox Live subscription – and its one of the few leading the streaming charge in Australia. PlayStation Now in Australia feels like a pipe dream, and even if rumours pan out to be true, it feels too late. Xbox has already won the early streaming wars, and we can only hope that with the launch of the next generation, Sony will have a more competitive offering in Australia.