Zombie Army 4 Is Just Another Zombie Game, But It’s A Really Good One

Zombie Army 4 doesn’t reinvent the wheel. If you have played a shooter or a game featuring zombies in the last 5 years, you will have seen almost everything Zombie Army 4 does throughout its story campaign. Big armoured zombies, last stand moments against waves of enemies, some RPG mechanics, co-op, special abilities, Nazi zombies, etc. None of this is new. But that doesn’t mean Zombie Army 4 is bad. In fact, it’s very good and I’m enjoying my time with it.

I never played any of the previous Zombie Army games, which are horror-themed spin-offs of the Sniper Elite series, both developed by Rebellion. They looked fine, but I never gave them a chance. So this is my first time playing any of these games and I gotta say, I was expecting to have so much fun killing zombies, again.

I’ve played video games for most of my life, all of my adult life in fact, and that means that I’ve killed a lot of zombies. A LOT. From Half-Life 2 to Left 4 Dead, to GTA mods and free-to-play mobile games. Zombies are just a big part of gaming, which you either love or hate. Zombie games tend to feature a lot of the same stuff. You usually fight off waves of zombies using guns, melee attacks, and explosives. And yeah, ZA4 is more of that. However, execution is everything and in Zombie Army 4 the gameplay just feels good. Sniping especially stands out. Considering these games started off as spin-offs of the Sniper Elite games, that’s not surprising. But lining up long-range shots on large groups of zombies is satisfying. Picking them off one by one as they shamble around is nice and just like the Sniper Elite games, sometimes you get a cool x-ray replay of the shot.

All the other weapons in Zombie Army 4 feel great too. Shotguns have a nice and solid kick to them and they are able to down most zombies in one shot. Pistols don’t feel like wimpy last resorts, but instead precise killing machines capable of dropping large groups of dead Nazis in a matter of seconds, assuming you are accurate enough to get headshots.

There are also some special abilities that help even the odds against the undead hordes you will face throughout Zombie Army 4. Some let you slow down time, others give you more powerful gunshots and others let you takedown zombies using melee executions. All of these abilities, along with your weapons, can be upgraded throughout the game at saferooms.

While combat is entertaining, the thing that keeps me coming back to play more Zombie Army 4 is the world and atmosphere. Zombie Army 4 doesn’t feature a serious, grim story of death and struggle. Or at least most of the time it doesn’t. Sure, the characters in the world take things seriously, but like Doom 2016, the world they live in is just a bunchy of campy nonsense. 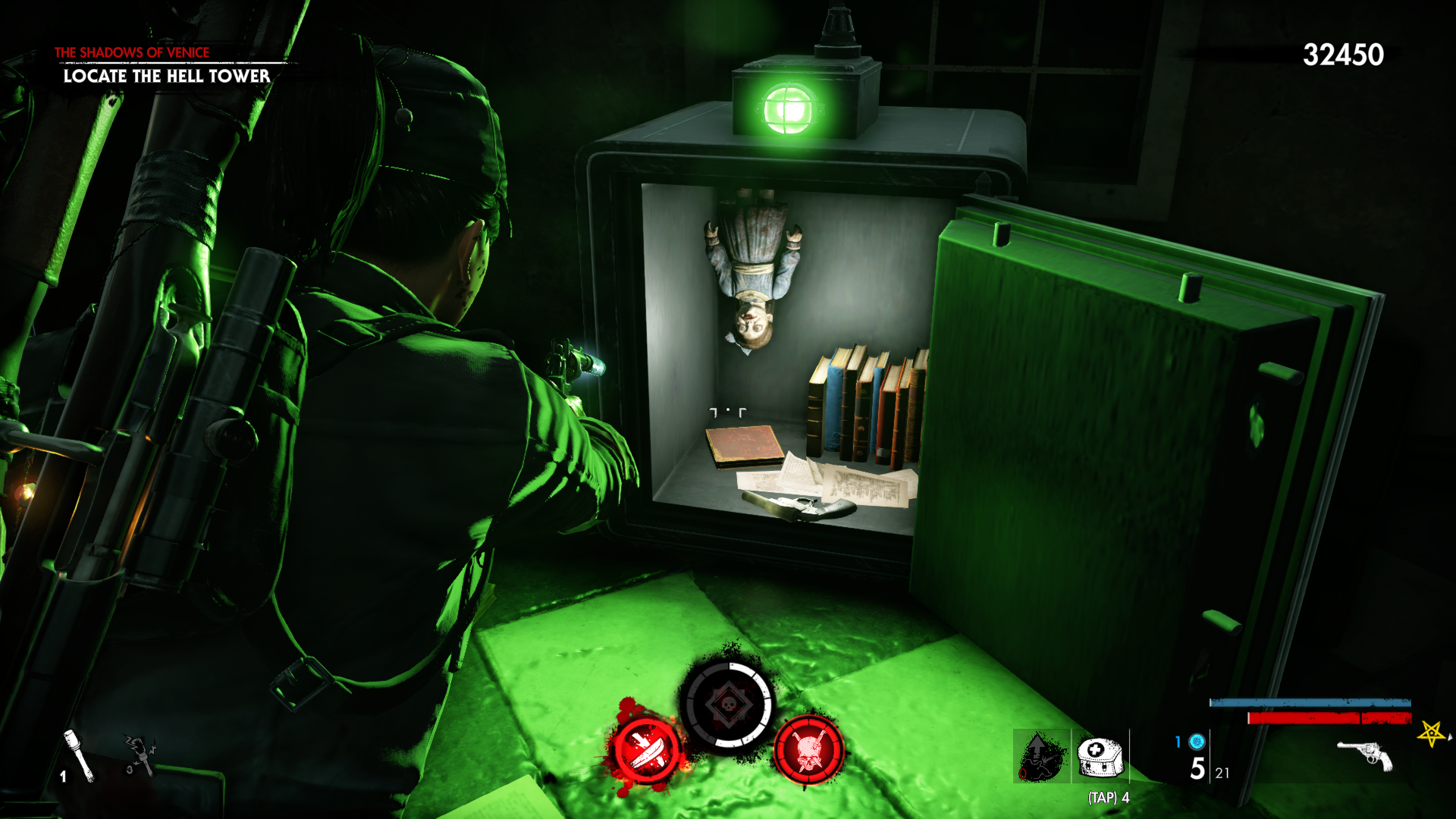 Hell portals, cults, zombie armies, undead generals, zombie sharks, electric shock rifles, creepy dolls, weird blood sacrifices and more fill the world of Zombie Army 4. Exploring the large maps of each chapter will reveal even more of this stuff hidden around corners or behind small puzzles. Add in a soundtrack that often sounds like John Carpenter and you have a weirdly perfect atmosphere for a campy zombie game like this. ZA4 truly feels like a game I will return to on Halloween later this year.

While Zombie Army 4 isn’t the most innovative game released so far in 2020, it is a lot of fun. Sure, zombies seem to be everywhere in games, but that doesn’t mean it’s impossible to make a fine or even excellent game featuring the undead. Zombie Army 4 is proof of that.