5 Whiskies To Get Started With

When I started taking an interest in whisky, I walked into my local Dan Murphys and stared at a wall of bottles for a good thirty minutes, looking for that one new bottle that was for me just right … before going home (again) with a carton of beer.

Without someone to guide you in the journey, buying that first bottle of whisky and discovering what you like can be an expensive process.

This story originally appeared on March 3, and has been retimed so everyone has some handy advice for what to grab since we’re all stuck inside anyway.

I still have bottles in my collection that I purchased 7 years ago and never finished because they just did not suit my tastes. This can then become even more confusing when trying to compare whisky online to what’s actually available in Australia.

So on that note, I’ve picked five whiskies that I enjoy which for the most part can be enjoyed by all, and which are readily available to buy in Australia (well, mostly … whisky supply is at times more fickle than Aussie internet during the rain).

Earlier this year, Suntory announced that it was pulling Hakushu 12 and Hibiki 17 off the market. Now the Kirin Distillery is yanking one of the best Japanese whisky deals from shelves: Kirin Sanroku Cask Aged Spirit.

When considering how to best kick this list off, I realised that I couldn’t help but begin with anything other than a whisky from Japan, the country responsible for my love for whisky.

Suntory Toki is a blended Japanese whisky, made up of a combination of whiskies from three Suntory Japanese distilleries (Yamazaki (malt), Chita (grain), and Hakushu (malt)). They’re the same three distilleries behind the well known Hibiki (which for non-whisky fans, is the whisky Bill Murray was promoting in the movie Lost In Translation).

However, whilst the origin of the components of this whisky are similar to Hibiki, the end result is very different. For starters, this whisky hasn’t been aged in barrels for a minimum of 17 years, unlike the ‘$800 a bottle’ of whisky in Bill’s movie.

Toki is a great way for people who are new to the world of whisky to start their journey. It has a relatively light taste that is not overpowering, and the increase in Hakushu’s lightly peated malt whisky in this blend compared to that of the Hibiki, helps to provide a lingering flavour that both whisky lovers and novices can equally enjoy (‘peated’ whisky is dried over burning peat, which gives it a smoky profile).

Not only that, but Toki is one of the cheapest Japanese whiskies readily available in Australia.

If you are introducing someone to the world of whisky with this bottle, try offering them their first taste in the form of a highball. The whisky highball is personally one of my favourite drinks, and it is very simple to make (tall glass filled with ice, 3 parts soda water to 1 part whisky… add a slice of lemon if you really want to). Even with a cabinet of 60+ different whiskies at home, a Toki highball still makes up a large portion of my whisky consumption.

Johnnie Walker would have to be one of (if not the most) well known Scotch Whiskies in the world. For that very reason, it is sometimes looked down upon by whisky elitists, most commonly due to the fact that the majority of its products are blended whiskies (those made with both malt barley and grain whiskies).

Often, new whisky fans will be tempted to judge a whisky based only on two factors: its age (theoretically the older the better), and whether it is a ‘single malt’ (whisky that is made with malt whisky from only a single distillery). This is often misguided, and in the case of Johnnie Walker Green Label, it’s a real shame for those who miss out.

Green Label is what is actually known as a ‘blended malt’, which means that it consists only of malt whisky, but that this malt whisky can be from different distilleries. It’s aged for at least 15 years, and contains no grain whisky (not that there’s anything wrong with that).

Johnnie Walker has access to malt whisky from amazing distilleries all over Scotland, so it’s easy to understand how a combination of those whiskies can themselves be great when blended together by masters of their craft. If you aren’t sure what type of malt whisky to begin with, this one is very much a safe bet, and I consider Green Label to be one of the best ‘bang for your buck’ whiskies available in Australia, particularly when you can find it on sale (often down to $70 a bottle).

I enjoy Green Label either neat (without ice), or with a single large ice cube. You can enjoy it any way you want, but I personally feel that mixing this with anything else might be a bit of a waste. 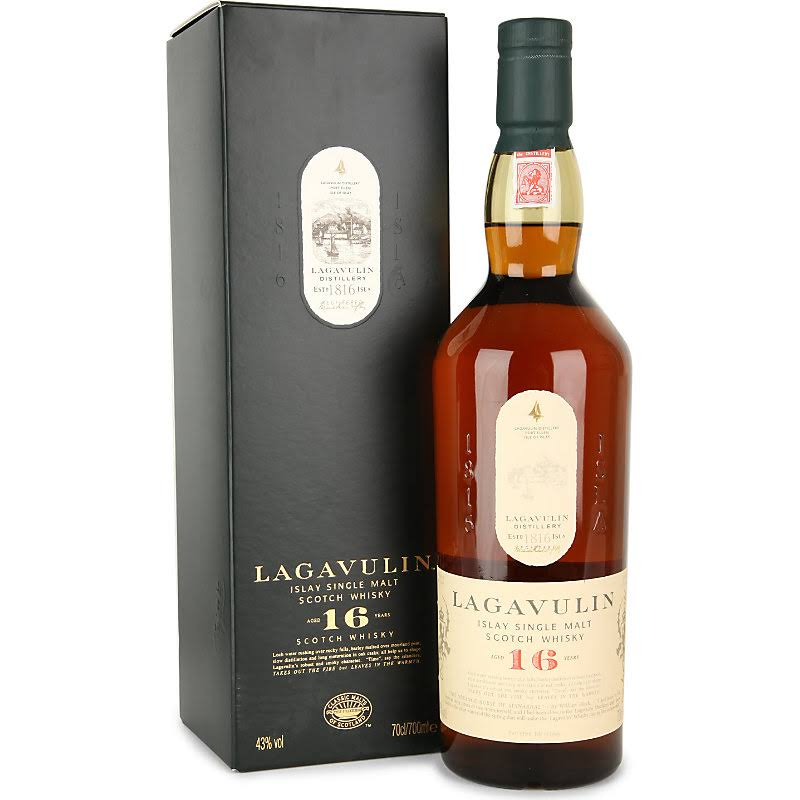 Entry number three on this list could be any of a number of entry level whiskies from the Scottish region of Islay (pronounced eye-la). Islay whiskies are known for their peaty, salty and medicinal tastes, but don’t let my description turn you away. If you can acquire a taste for these beautiful whiskies, you are in for a real treat.

Lagavulin, Ardbeg and Laphroaig are three of the best known Islay distilleries, and each of their ‘cheaper’ single malts deserve to be enjoyed. For those of you familiar with the TV show Parks and Recreation, Lagavulin 16 is the whisky regularly enjoyed by character Ron Swanson (so much so that Nick Offerman, the actor who plays Ron, just recently put his face and name to a limited edition Lagavulin whisky in conjunction with the distillery).

As much as I would love everyone to want to go and buy a bottle of this whisky for their home collection, if you have never had an Islay whisky before, it may be worth trying before you buy. You can usually find at least one of Ardbeg 10, Laphroaig 10, or Lagavulin 8 or 16 at your local bar, and whilst a nip might set you back 1/6th the cost of a bottle, if you really don’t like it, then you have saved yourself in the long run.

I would normally enjoy Lagavulin 16 neat, but if you want to tone it down a little, drinking it over a single large ice cube is totally fine. This is the first Australian whisky, from Tasmania’s Lark Distillery. It gets its name from Bill Lark, often referred to as ‘the Godfather of Australian Whisky’. Until the early 90’s, it was actually illegal to distil spirits in ‘small’ quantities (i.e. those used by most startup distilleries).

Another thing we have Bill to thank for, is the Lark Classic Cask. This single malt is what I personally consider a quintessential Australian whisky, and should be a part of every Australia’s whisky collection (should you have one).

It is easy to enjoy and should appeal to almost any whisky lover’s taste buds. If you have ever found yourself getting tempted to drop money on a bottle of the increasingly hard-to-find Yamazaki Single Malt, but have not yet tried the Lark Classic Cask, then I would compel you to take a detour via this Australian whisky first.

This whisky makes a great gift (particularly for yourself), and is something that I think would be appreciated by any Aussie whisky fan. For me, this whisky is certainly best enjoyed neat.

We’ll finish the list with the best and most expensive of the five, a cask strength version of Australian distillery Bakery Hill’s ‘Peated Single Malt’. Cask strength whisky, as the name suggests, is bottled at the same alcohol content as the whisky was found at when it finished maturing in the cask.This means a higher alcohol content, usually more flavour and certainly a little more ‘kick’.

Not only is this Peated Single Malt one of the best Australian whiskies available, but it won Jim Murray’s ‘Southern Hemisphere Whisky of the Year’ in his 2020 ‘Whisky Bible’.

As an Australian peated whisky, it brings with it some of the smokiness of the Islay made whiskies (like the Lagavulin earlier in this list), but without the salt and medicinal-ness that Islay is known for. This whisky is sweet (but not too sweet), with an amazing finish (the lingering taste at the end), and was one of the best whiskies I tasted across the entirety of last year.

With the recent success of Australian whisky distilleries across the last half a decade, including Sullivans Cove picking up worlds best Single Malt back in 2014 for their French Oak, the price of Australian whiskies has certainly started to move in an upwards direction. At $220 a bottle (instead of the $500+ that some Aussie whiskies are currently seeing), this single cask, single malt, would make a terrific addition to any collection, or a great gift for any whisky lover you are trying to impress.

Best enjoyed neat, though you may also want to add a couple of drops of filtered water to open up this cask strength whisky.

If you’re still saying “all of these whiskies are just too expensive,” and you just want something to sip every now and again, then do yourself a favour and pick up a bottle of Johnnie Walker Black Label. It’s sub-$50 – probably the cheapest whisky I regularly drink – and for the price you really can not go astray.

Ben Green is an Australian host and esports commentator. You can follow him on Twitter, where he spends more time talking about whisky than esports.