Everybody Is Wrong About Animal Crossing: New Horizons

animal crossing new horizonsfeature
Image: Nintendo
To sign up for our daily newsletter covering the latest news, features and reviews, head HERE. For a running feed of all our stories, follow us on Twitter HERE. Or you can bookmark the Kotaku Australia homepage to visit whenever you need a news fix.

It’s telling how good the weeding is in Animal Crossing: New Horizons.

In the Animal Crossing games of old, people would tell you how they grew terrified of reloading their save after weeks or months had passed. Weeds would have overtaken everything.

I wish, with every ounce of my heart and soul, that weeding was the only thing that worried me about New Horizons. Because weeding is one of the few tasks in the game that actually work with an acceptable level of efficiency.

You hit one button. The weed immediately appears in your inventory. You can stack 99 weeds per inventory slot. You don’t have to go through three pun-filled dialogue options just to pick one. Weeds even sell for a respectable price.

Weeds in Animal Crossing are the only part of the formula that works the way it should. It’s so good I save some of the weeds for my wife, so that in the tiny amount of time that she spends on our shared island, she can also take part in the one part of the game that shines. We’re one week into Animal Crossing: New Horizons’ release now, and somehow the game has received near-universal acclaim with a Metacritic score of 91. Even this website, where everybody is entitled to their own opinion – which is precisely what reviews are – somehow pronounced that Animal Crossing: New Horizons was “Simply Perfect”. Not only that, New Horizons was pitted as the unwitting beneficiary of a grim yet fortuitous coincidence: that many people right now would very much like to unplug from the current state of the world, escaping into a welcoming, candy coloured fantasy land full of happiness, positivity and optimism.

More so than usual, even.

Animal Crossing: New Horizons arrived to a world in turmoil. Countries around the globe are in lockdown. The death toll from COVID-19 rises. Thousands have lost jobs. Many others are working from home in isolation. But on Crooked Island, the world is absolute bliss.

I won’t deny that a new Animal Crossing game is what some people need in their lives right now because doing so would be wrong.

Some absolutely need Animal Crossing in their lives right now. The world is a suddenly unfamiliar place, and having small rays of sunshine to depend on, like Tom Nook’s cheerful morning addresses and the squeaky little noises Timmy and Tommy make, could just be the glue that holds somebody’s day together. Is it perfect though? Not even close.

In New Horizons, nothing you do feels very good at all. Everything is gummed up by dialogue boxes and repetition, with so little pay-off for your hard work.

For every little flourish and vignette in New Horizons which delights the soul, just as much time, if not many multiples more, is spent in repetitive dialogue trees, watching the same prompts and statements fly by over and over again.

New Horizons initially forces you to donate items to the museum one by one. First suffering through some introductory text, then stating yes I would like to donate an item, yes it is this item, no I don’t want a story about it. Then depending on how many you have to donate, the process must be repeated again and again.

The same goes for fossils too, which must be donated and assessed via their own separate dialogue trees, using the same headache inducing beats and canned text.

In a recently released demon slaying Dark Souls clone, you can break down or sell hundreds of assorted weapons and armour pieces in mere seconds, converting well sorted and hard earned garbage into either useful currency or crafting materials. In Stardew Valley if you want to process a geode you just put it on the block and go WHAMMO. It feels great and works like a charm. Not to mention the showers of heavenly resources which appear when you do something simple like chop down a tree, or the simplicity of mashing a button to craft multiple copies of an item. It feels good and it works. Why do I have to orient my happy little dude along an invisible grid again, open my inventory again, navigate to the item again, click on it again, click place again, and fucking pray to the gods that this time that damned fence post can just sit nicely next to my house so that the world is a little less of a barren wasteland of disappointing shit?

In New Horizons, nothing you do feels very good at all. Everything is gummed up by dialogue boxes and repetition, with so little pay-off for your hard work.

Throw in some very limited inventory space. Terrible tutorial advice about breaking precious rocks instead of using them to their full potential. A lack of storage containers forcing you to retread the same dialogue trees again and again just to clear up enough inventory to catch another fish, and New Horizons comes right out of the gate as a seriously painful game to “play”.

How can a game without fun even come to exist? Nobody is expecting Devil May Cry levels of white knuckle thrills from the Animal Crossing series, for sure. It is however important to question where the game even begins to progress from tedious chores into fun territory?

Is it ten hours in? Twenty? I’m not there yet, after one week of playing every day. Exhausting every rock, every tree, every day. Hitting every mind-numbing milestone. Grinding those Nook Miles down task after task.

If the fun is in the building, and the crafting, and the refashioning of a mostly empty island to become a home for you and all of your animal pals, then why is every step so much more tedious than it needs to be?

Why are there five prompts and an unskippable animation for practically every crafting action?

Why do I have to craft six wooden pieces of garbage before another animal can move in down the street? Nintendo must surely know how many trees you have to whack to get that much wood.

Why doesn’t the game show the boundaries of where I can and cannot place things?

Why do I have to orient my happy little dude along an invisible grid again, open my inventory again, navigate to the item again, click on it again, click place again, and fucking pray to the gods that this time that damned fence post can just sit nicely next to my house so that the world is a little less of a barren wasteland of disappointing shit?

Trees, gardens and fences shouldn’t be a pain point, we’re trying to build a town here!

If there’s one thing Animal Crossing: New Horizons does without fail, it’s take up time. But the payoff for all interminable dialogue boxes, awkward decoration and the tens of hours it takes to progress just isn’t enough. Consider yourself warned. 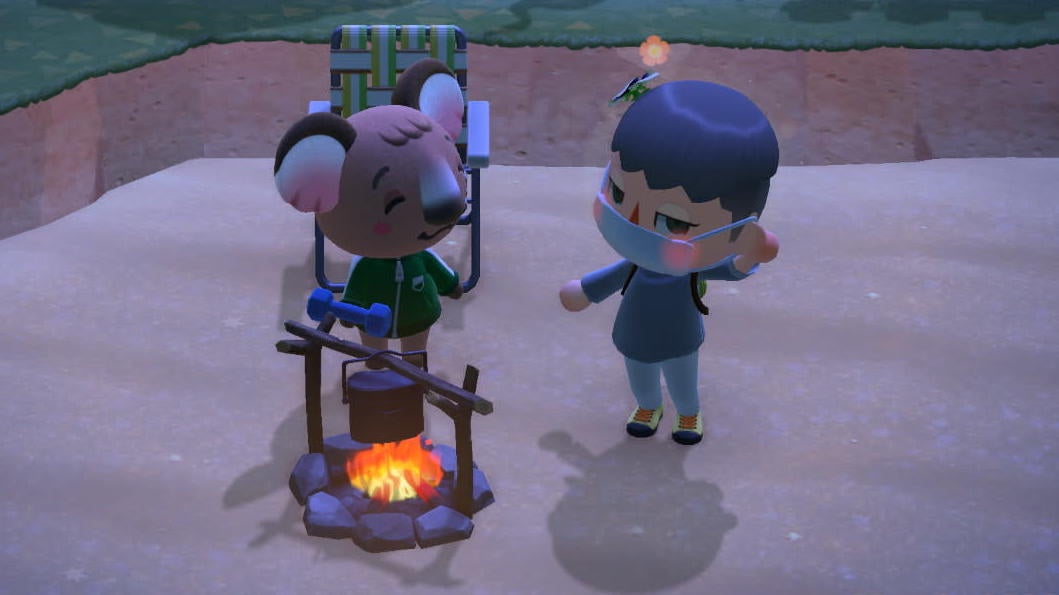 I’ve decided to take a vacation. Well, less of a vacation and more of a … sojourn, I guess you could call it. A close friend of mine, Tom Nook, has started a new business offering relocations to a deserted island. There are discounts for those who can help with some early foraging. I have no idea how he found this place, but I’m willing to overlook that if he can help me get away from it all for a little while.

This guest op-ed was written by Craig Daveson, the COO of MediaConnect, organisers of the Australian IT Journalism Awards. Daveson also writes a daily technology media column for Influencing.com. And for the record, we think the game’s pretty good.