In Pokémon Mystery Dungeon: Rescue Team DX, the enchanting remake of a pair of Game Boy Advance and Nintendo DS games coming out this week for the Switch, the human player wakes up in a world populated by talking pocket monsters, reborn as one of their own. Living and working alongside Pokémon as an equal instead of using them as tools is a delightful experience.

I don’t usually name my Pokémon. Since the days of Blue and Red I’ve resisted giving my pocket monsters nicknames. What’s the point? One Mudkip is the same as any other Mudkip. But not in Pokémon Mystery Dungeon: Rescue Team DX. The Mudkip I’ve partnered with in the roguelike remake is a unique character. She has ambition. She possesses a selfless bravery. She never leaves my side, despite knowing I am a human in the body of a Machop.

Her name is Carol. 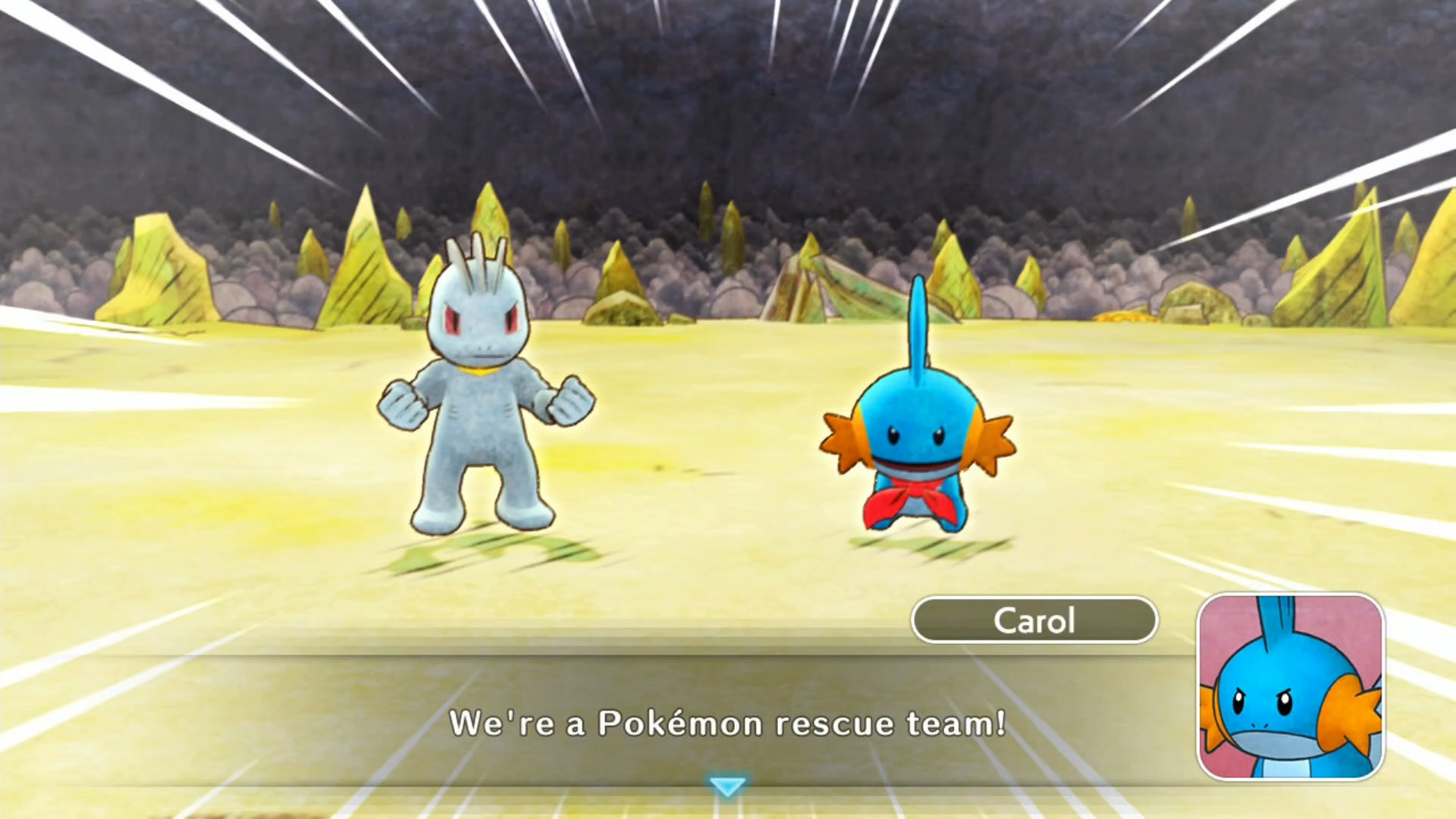 Instead of being limited to saying her name, as Pokémon are in the normal video games and animated series based around them, Carol speaks English. All the Pokémon inhabiting the world of Pokémon Mystery Dungeon speak English, and they’re quite chatty. 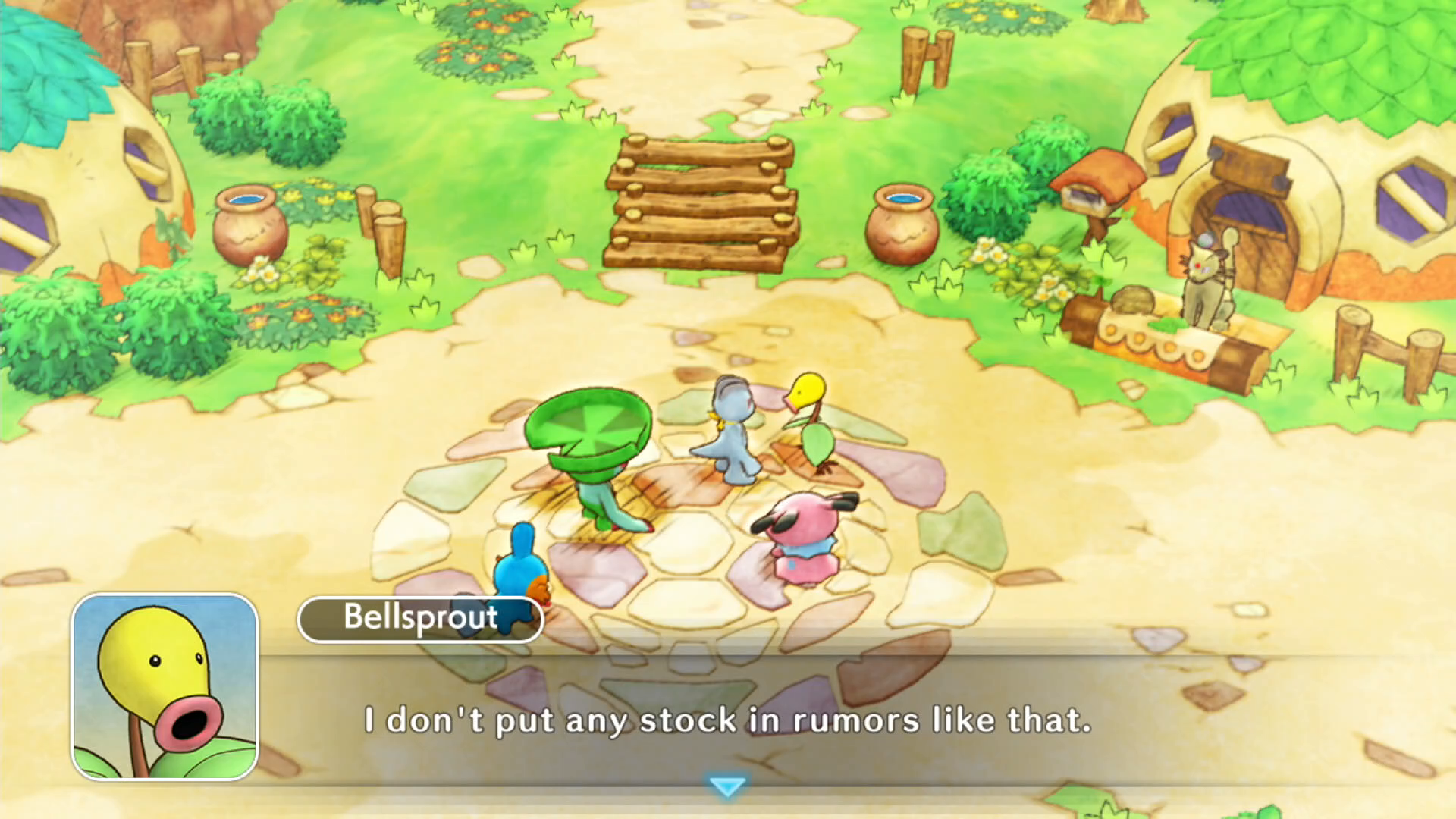 Without the traditional Pokémon/Human language barrier, I’m free to get to know my pocket monster friends better than ever before. For example, did you know Diglett, the pill-shaped head poking out of a hole in the ground, has feet? That’s what the Diglett in the game says, at least, and I believe him. He seems an honest sort. He’s even keen on swimming. 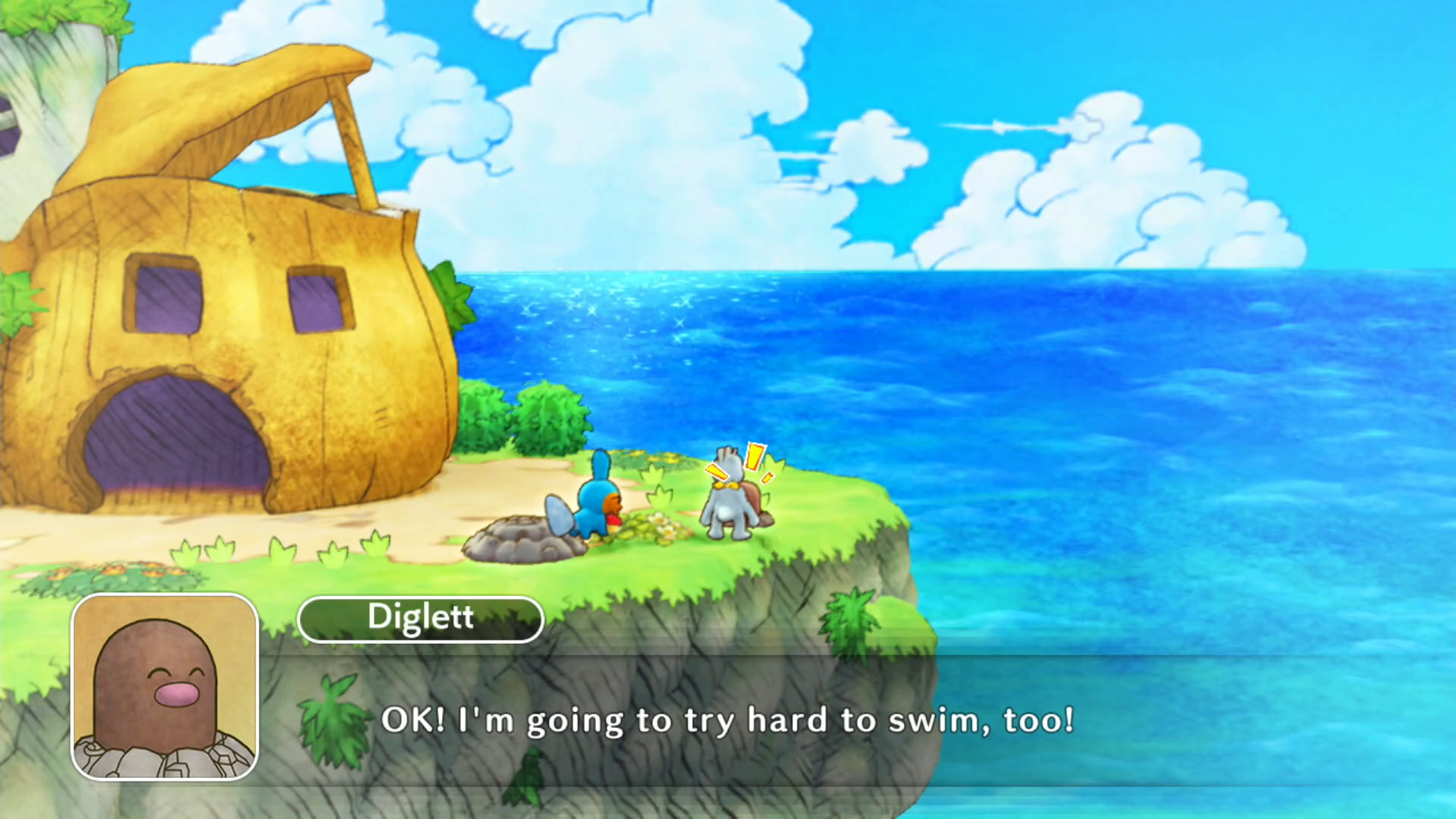 It’s these little interactions with Pokémon that make Pokémon Mystery Dungeon: Rescue Team DX worthwhile. The game is a roguelike in which players and their Pokémon partners repeatedly delve into randomly generated dungeons to fulfil a very limited assortment of requests—escort, rescue, or item retrieval. The main story involves unravelling the mystery of why the player has become a Pokémon and what it means for this magical pocket monster world, but the meat of the game is grabbing and completing these samey requests.

So I have named my Pokémon partner and each new Pokémon I befriend as well. When I form teams of three characters to go dungeon diving, I consider their personalities and how they’ll mesh. I’ve assigned them voices, and I chat with them as we play. Rescue team Sparky Day is a legion of super Pokémon friends. 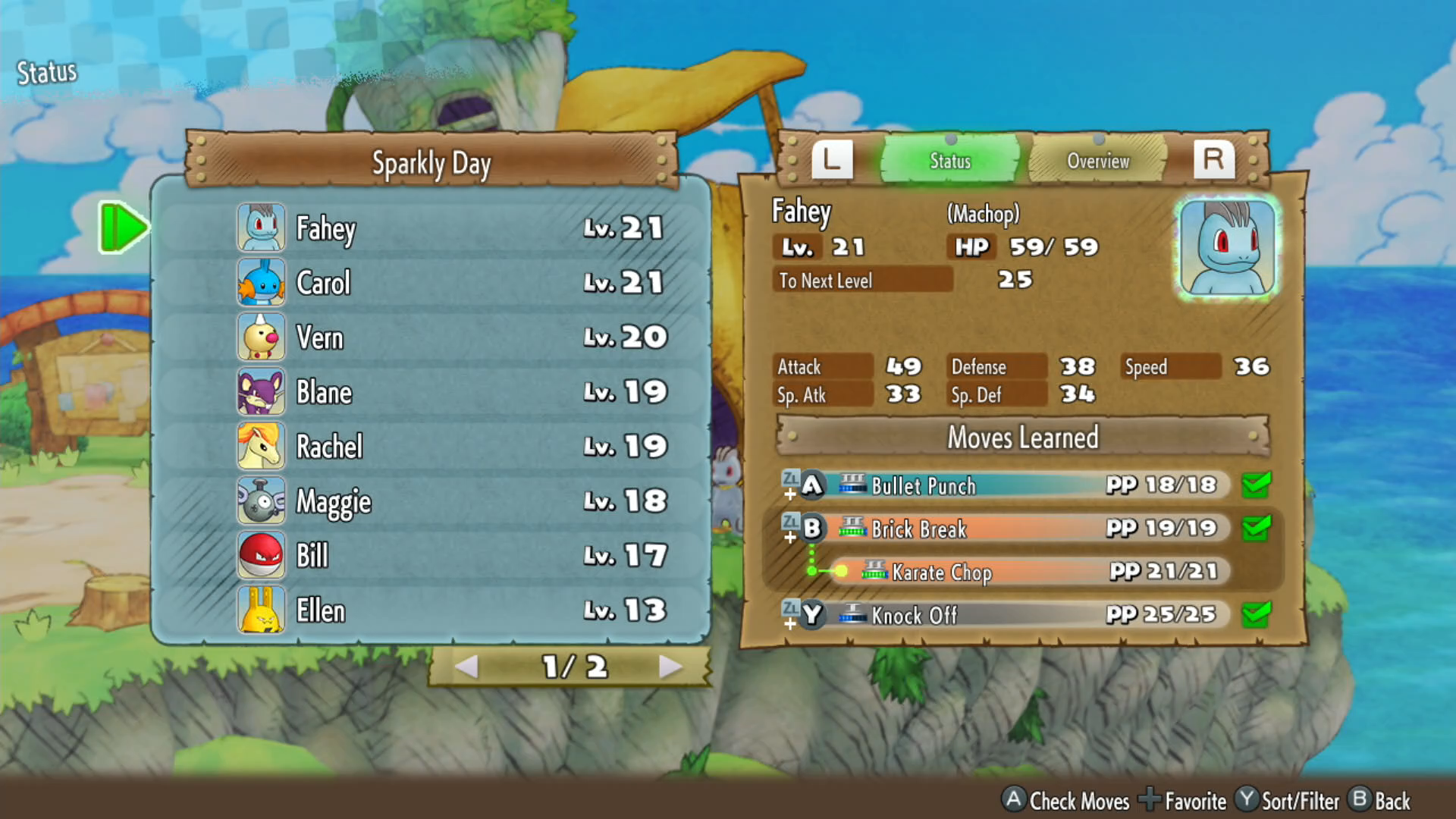 I didn’t want to be a Machop. It’s the Pokémon the game assigned to me following the personality test at the beginning of Pokémon Mystery Dungeon: Rescue Team DX. I could have overridden the game’s decision, but this is a game about personality, so I accepted the test results. Seven hours into the adventure, and I couldn’t imagine myself as any other pocket monster, bravely leading my crack team of Carol, Rachel, Blane, Maggie, and friends into unknown danger for the sake of this storybook Pokémon world. I guess I am a Pokémon person. Or a person Pokémon. One of those.