If you trace Black Mesa, the Half-Life fan remake to end all fan remakes, back to its origin as a mega-mod that rose from the ashes of two similar mods in 2005, it’s been in development for somewhere in the neighbourhood of 16 years. Now, the labour of undying love for headcrabs is finally done. Do Steam users think it was worth the wait?

By and large, yes. Exuberantly so, in fact. For the most part, they’ve found the game to be exactly as advertised: a more modern (though still deeply old-school) re-imagining of Gordon Freeman’s completely regular day on the job at the Black Mesa Research Facility. Fans enjoy the improved graphics, tweaked levels, and against all odds, Xen, the long-maligned alien world you visit toward the end of the game. Well, most of them enjoy those things. Half-Life is a holy grail, after all, and a small handful of Steam users would rather that developer Crowbar Collective hadn’t tampered with it at all. 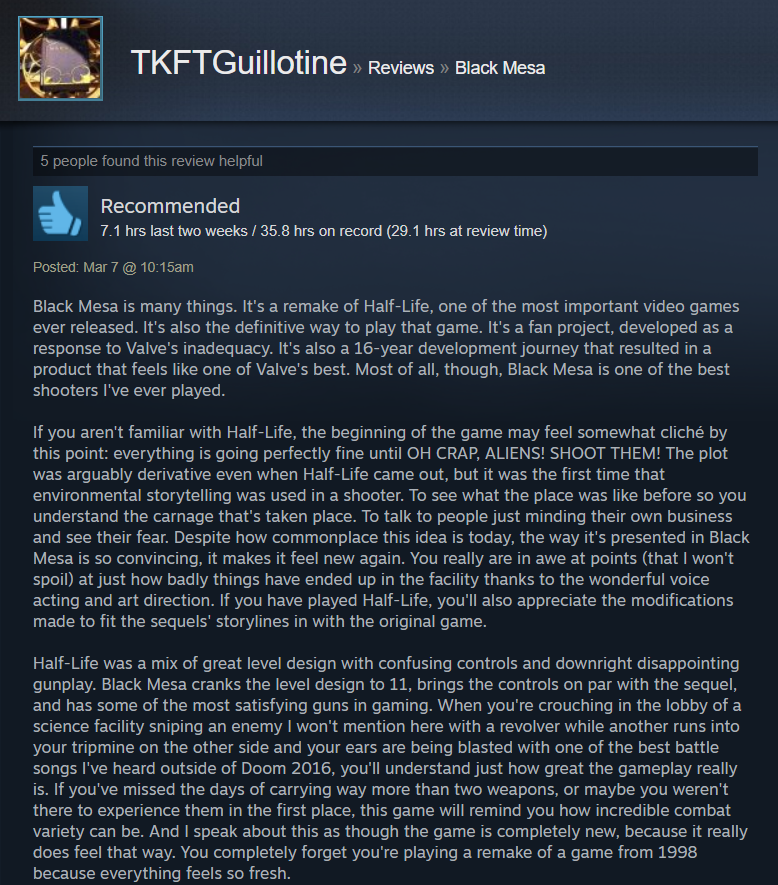 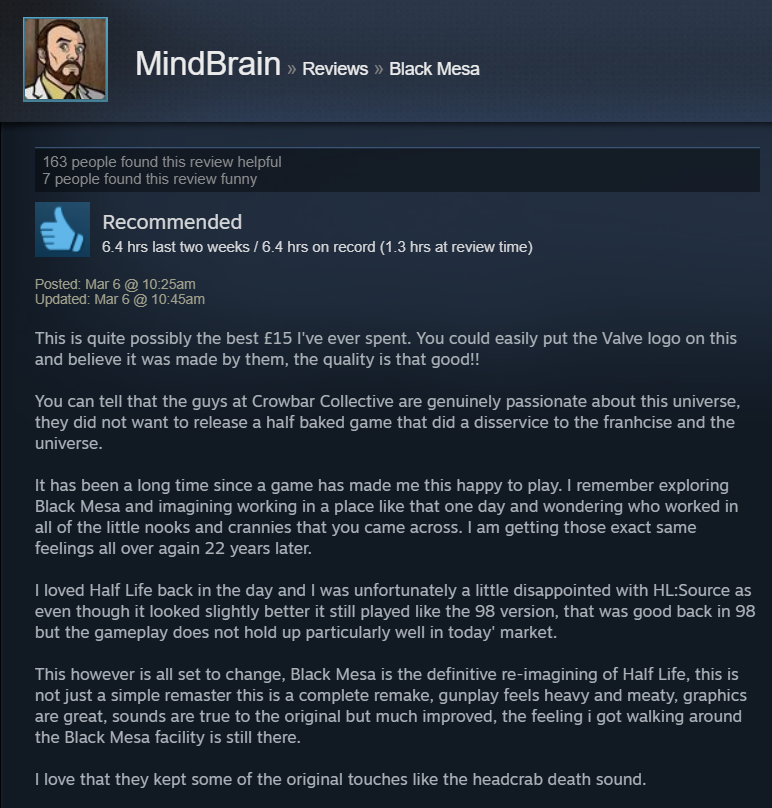 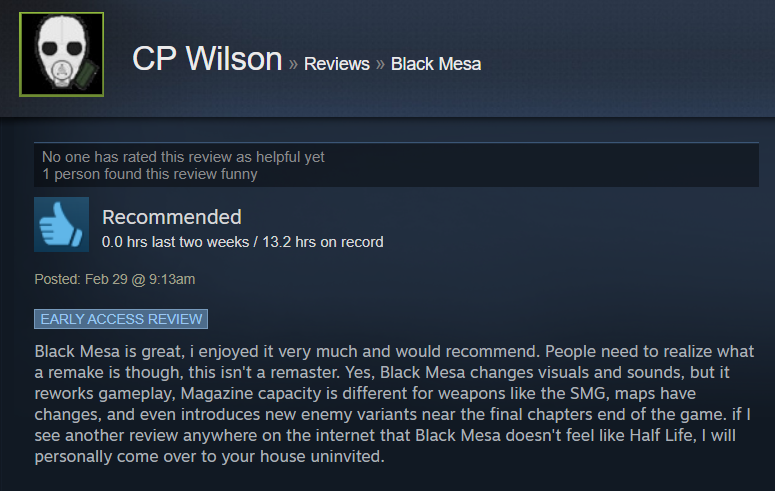 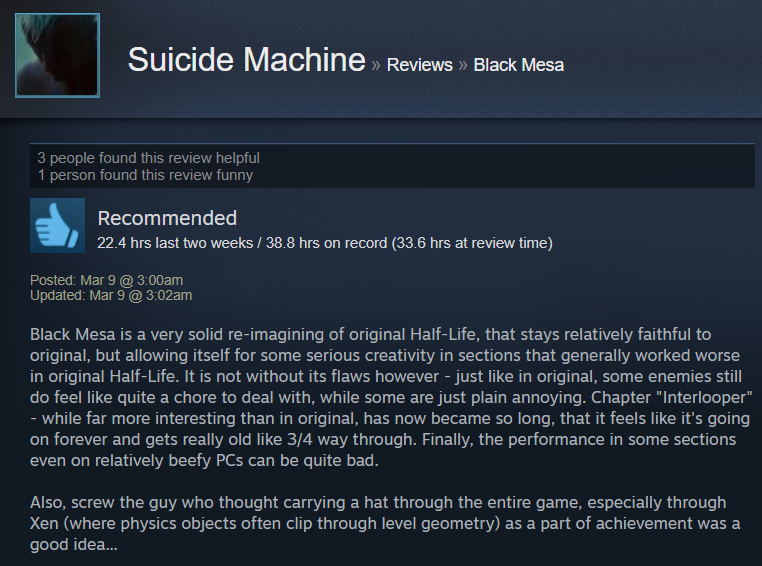 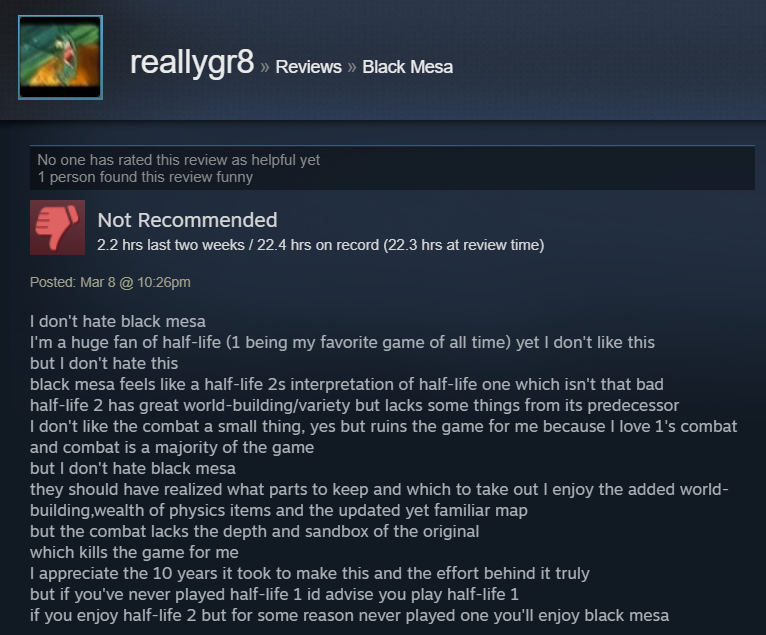 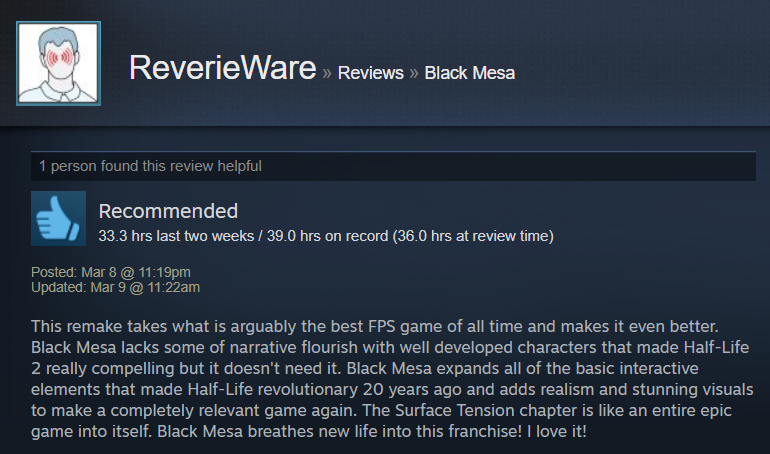 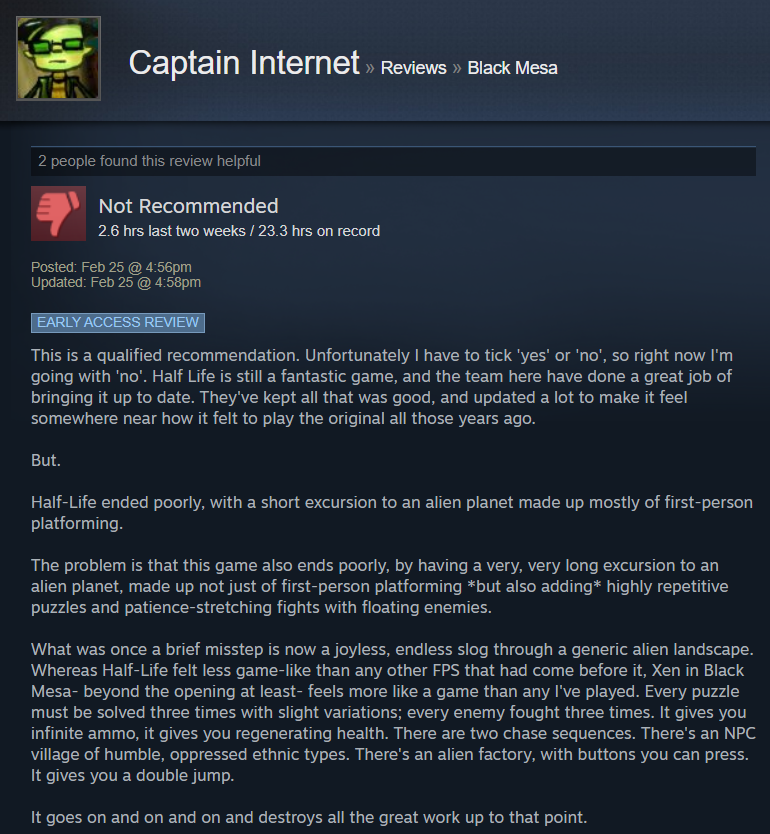 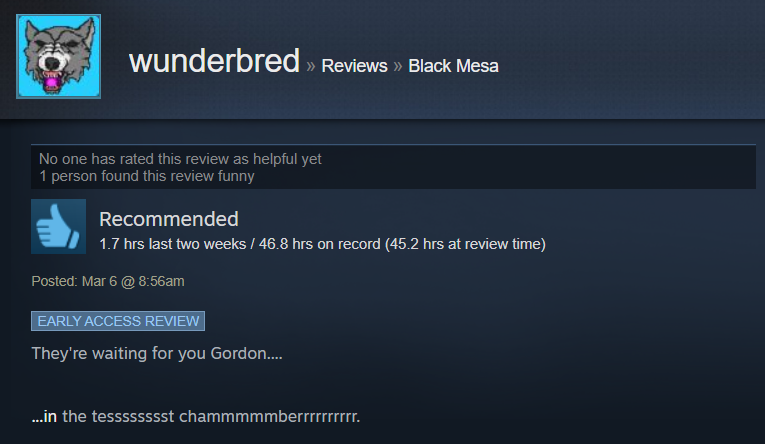 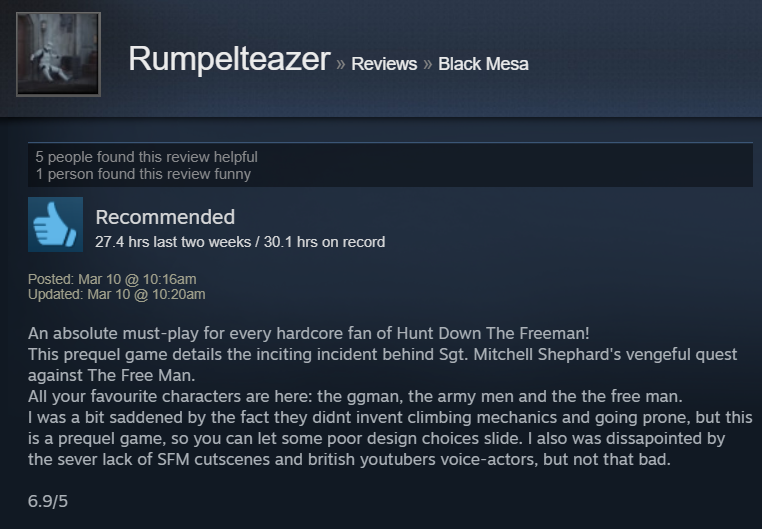 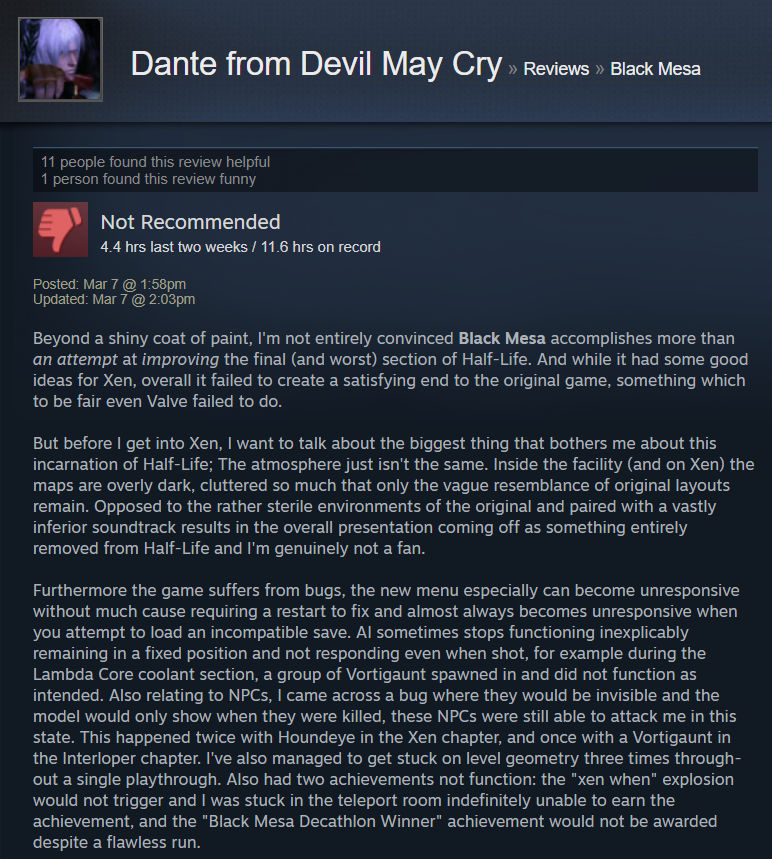 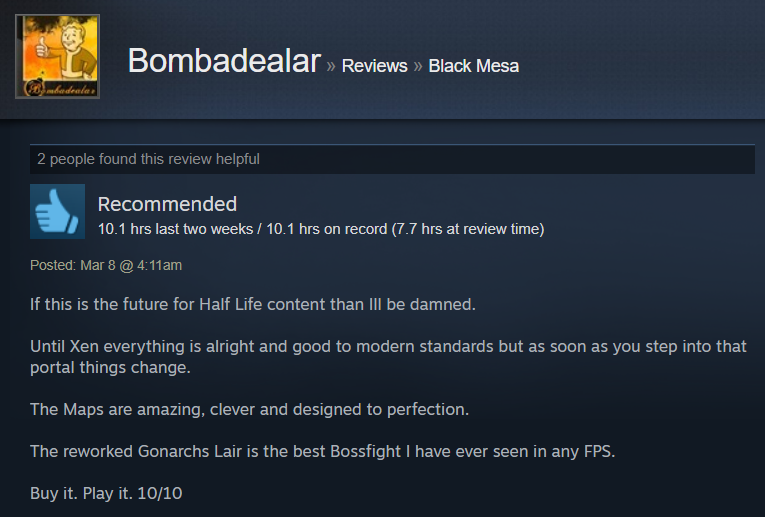 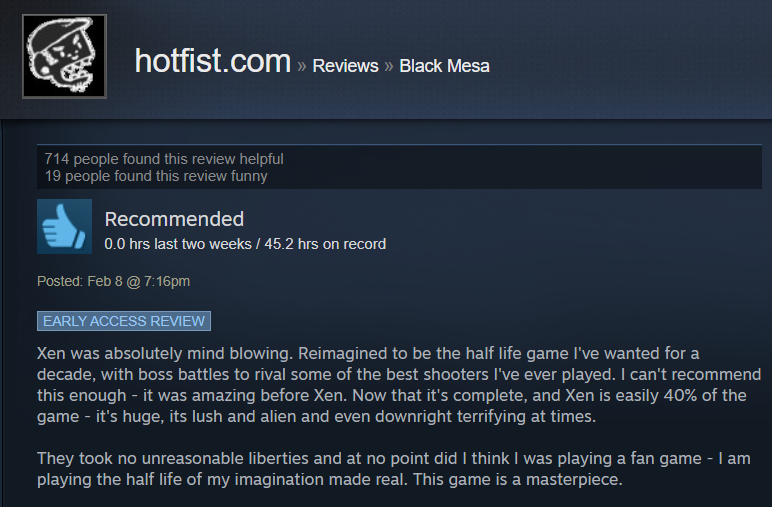 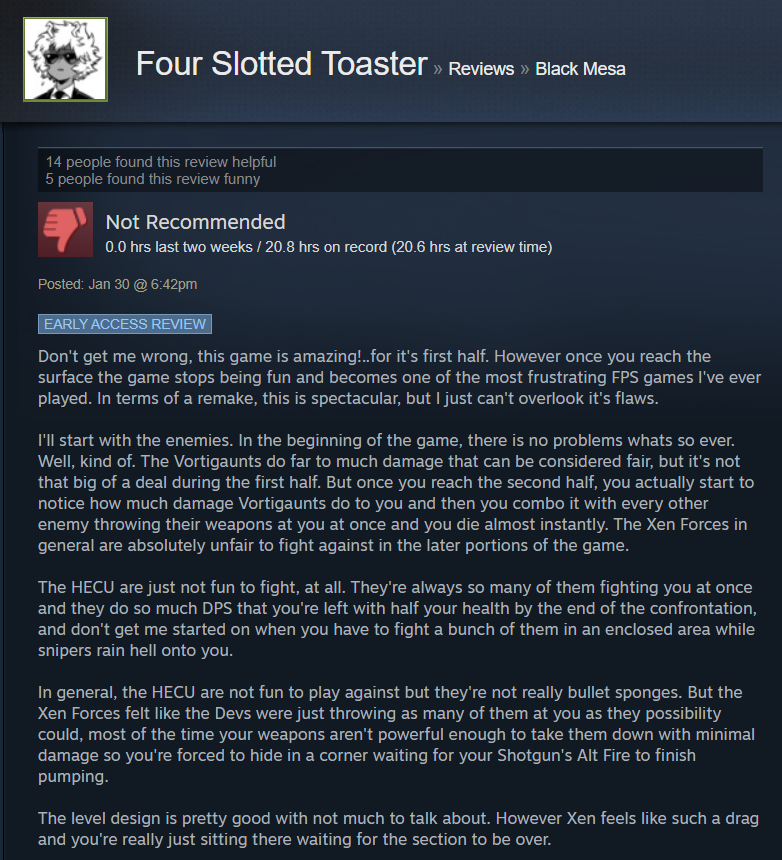 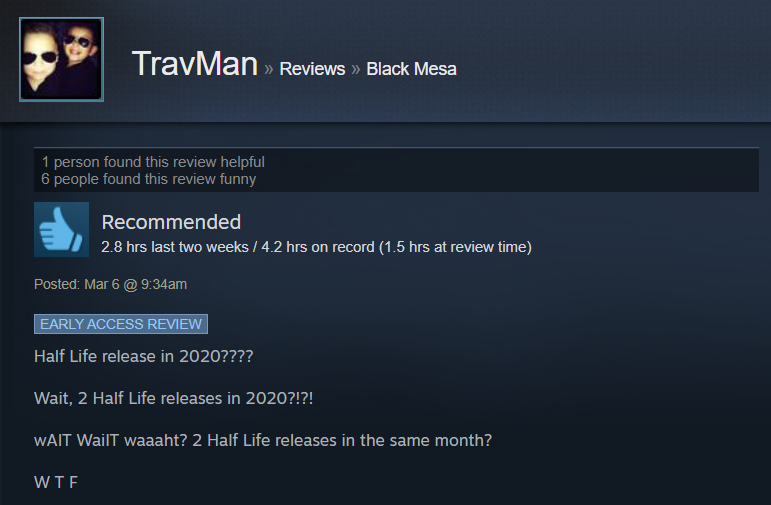 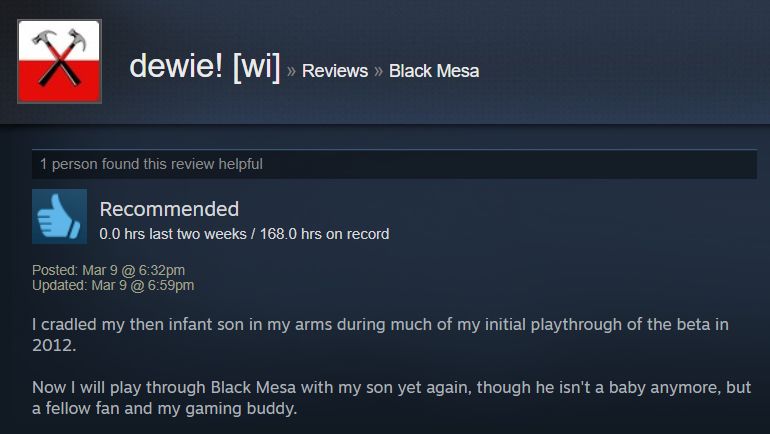 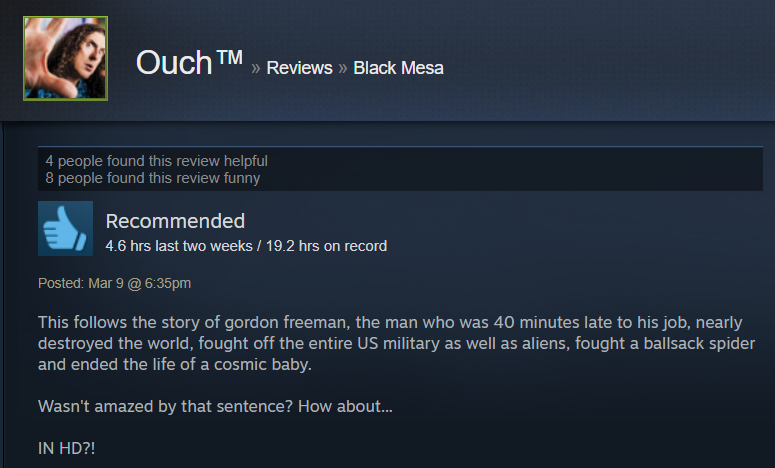 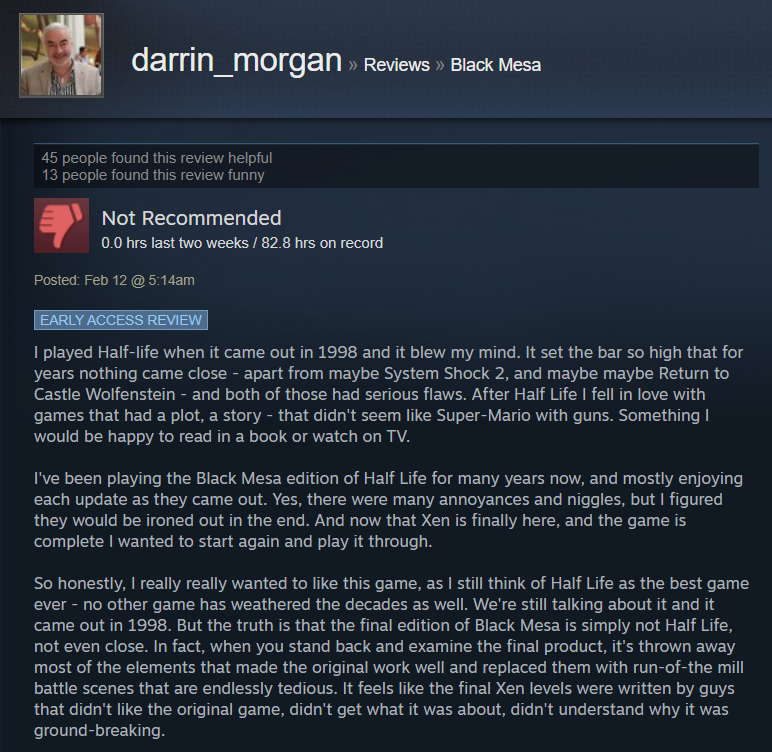