Broken Lines Is A Tactical Breath Of Fresh Air 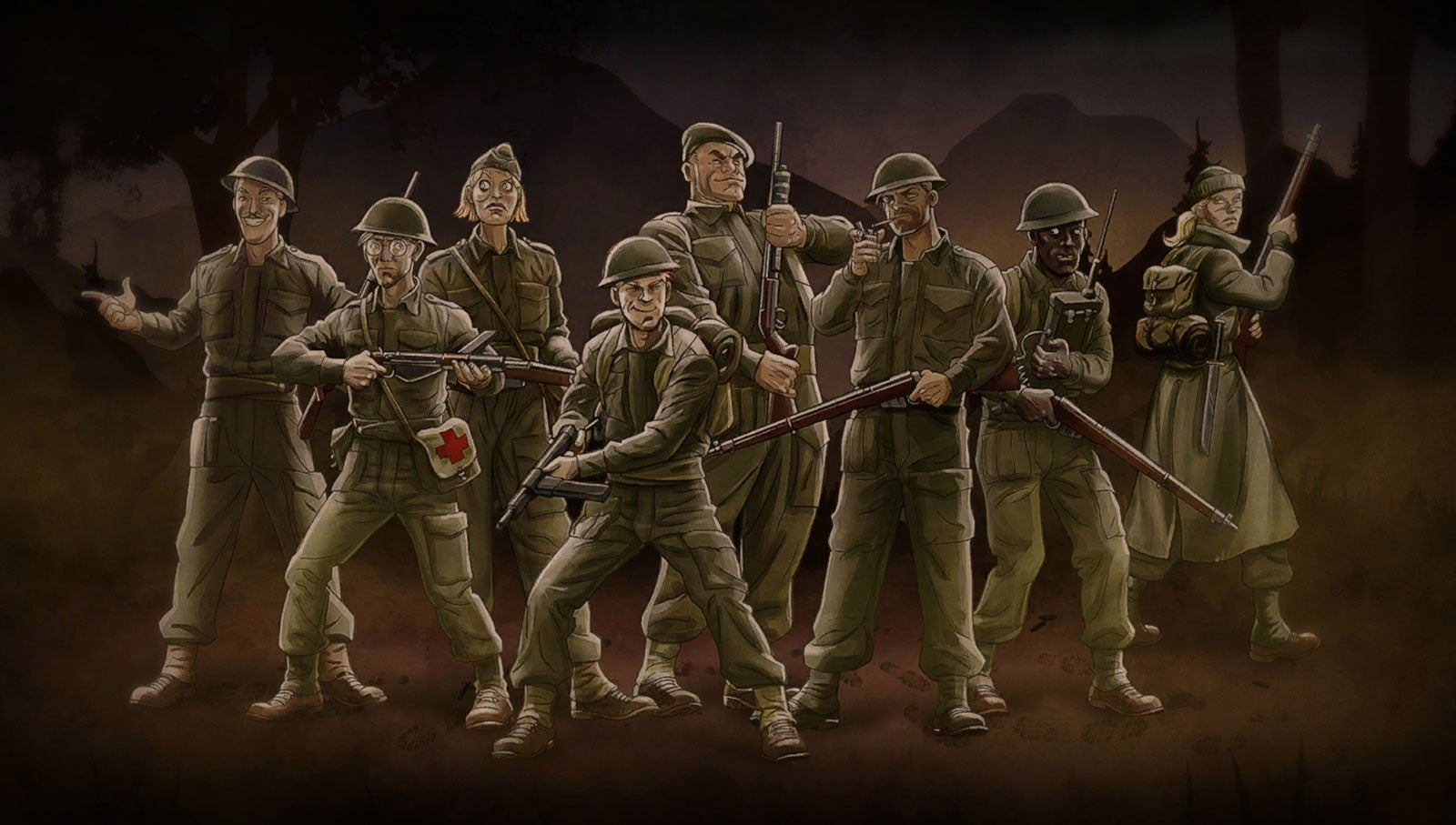 You think you’ve played one turn-based tactics game you’re played them all. Then along comes Broken Lines to remind us all that, hey, there are more ways to put a group of units into combat that simply lining up to take turns.

Set in an alternate, BPRD-meets-Dirty–Dozen take on the Second World War, Broken Lines puts you in charge of a small group of British soldiers who have crashed behind enemy lines. Encountering…some shit they weren’t expecting, your job is to get as many of them out alive as you can, via loads of connected turn-based tactical battles.

It’s a bit like XCOM, in that you’re in control of soldiers, have to scrounge for supplies that you can trade between units and that death, when it inevitably comes for at least some of your roster, is permanent.

The huge difference, though, is in the way your battles play out. While you’re still taking turns in Broken Lines, it’s the way those turns are resolved that sets it apart. Rather than have everything take place in true leisurely, turn-based fashion, Broken Lines borrows from Frozen Synapse, asking you to plan out an entire squad’s moves and actions then watch them all play out in real-time.

At the start of each turn, you’re given all the tools you need to make the best of it. You can move your units, get them into cover, equip weapons, use items and, most importantly, set the speed and level of alertness each unit is going to move at, from the most cautious sneak to full-blown sprints.

Each move you assign remains mapped out on the screen while you’re doing the rest, giving you a complex but necessary ghostly outline of everything you’ve got queued up for the next eight seconds of action. It can get a bit much at times, especially when things get cramped and your squad is holed up alongside a load of enemies, but for the most part it works really well. 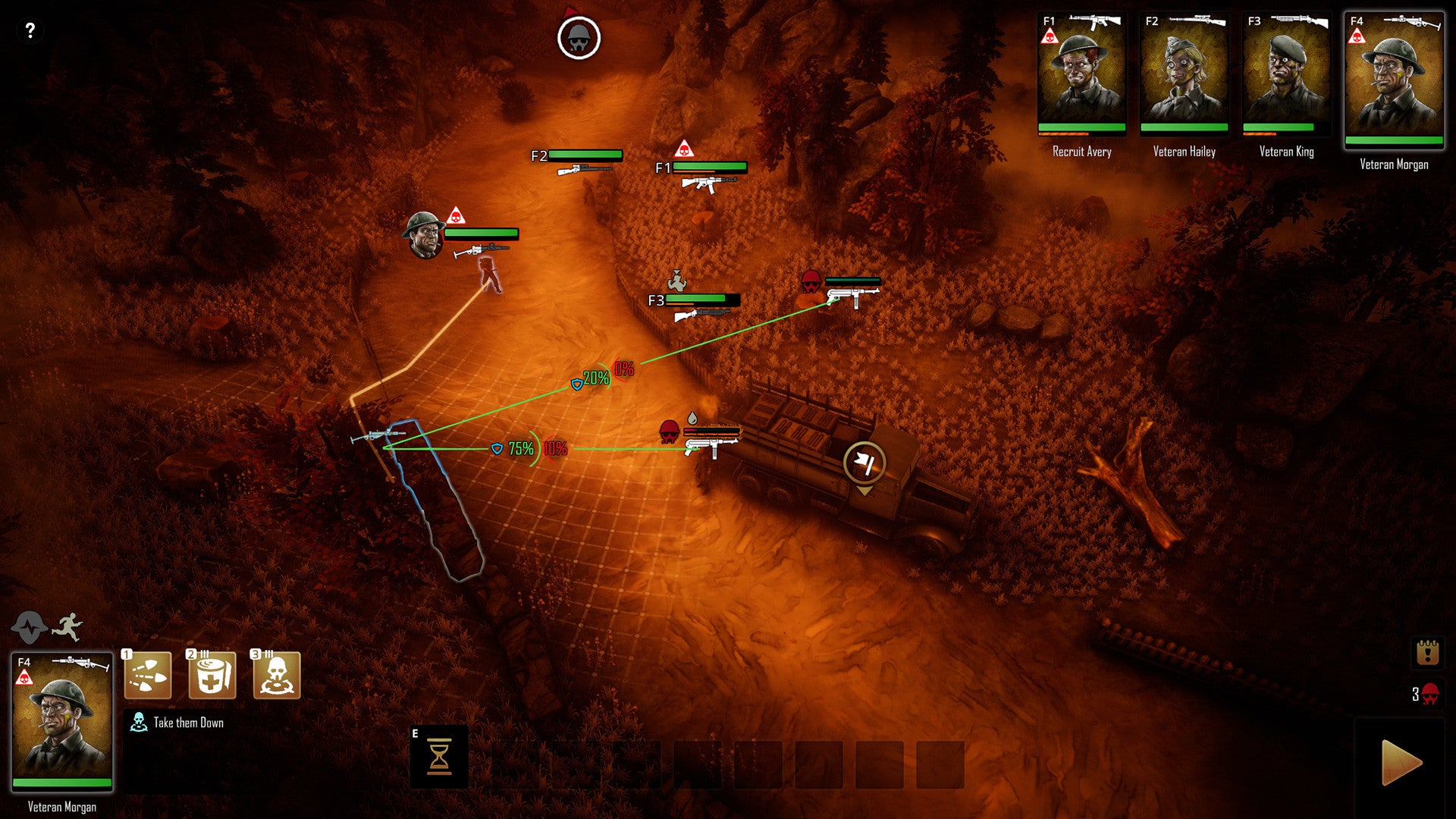 And when it works, it’s so good. Regular turn-based combat can be immensely gratifying when a plan comes together, but the payoff is delivered as slowly as the buildup. Here, it’s a rush, as a single eight-second turn activation can see your entire squad work flawlessly together to storm a position, drop smoke, flank the enemy, toss a grenade, rush with a shotgun then pick off stragglers with a long-range rifle, all playing out in real-time.

In this way, despite this nominally being a turn-based tactics game, there’s a good deal of old-school Rainbow Six (or, for a mroe recent example, Shadow Tactics) in its bones as well, at least when it comes time to actually deliver bullets and grenades in serious numbers (many earlier turns in a mission are simply spent moving, manoeuvring and having the story delivered to you).

I haven’t finished the campaign yet, because I’ve got my arse kicked so hard that I’m seriously debating a reboot, but the game encourages multiple playthroughs anyway because the ending varies depending on which units survived and which decisions you made during the course of your mission selection.

My only real gripe so far is that, despite distancing itself from XCOM in a lot of key ways, Broken Lines does have one thing in common with the king of turn-based combat: a never-ending sense of frustration at the game’s shot probability statistics, which seem to fail you at the moments you need it least.

There’s nothing worse in these games than lining up the perfect plan, getting your submachine gunner somewhere he’s got a 95% chance of hitting the target and not only seeing him miss, but to then see him dropped instead by an opponent who only had a 10% chance of hitting the side of a barn door (every time you position yourself for a shot, the game shows you both your own unit’s predicted accuracy, along with that of the enemy you’re targeting).

Indeed it feels even worse here, because at least in XCOM you could recruit replacement soldiers, while here, because everyone’s a full-blown character, once Sherman is gone he’s gone.

But then…that’s also part of the deal with these games, and without that sense of tension and dread there wouldn’t be the satisfaction at the end of jobs well done, either. And Broken Lines is able to deliver both of those feelings, the latter especially, in spades.