Each spring, over 150,000 people gather at the Makuhari Messe convention centre outside Tokyo for the Nico Nico Cho Kaigi (Super Meeting). The event, sponsored by the company behind the Nico Nico video platform, brings together fans of anime, gaming, cosplay, music and more. This year, that will happen online.

Because of coronavirus COVID-19 concerns, the in-person super meeting will be cancelled. Below is an image from a previous Cho Kaigi. 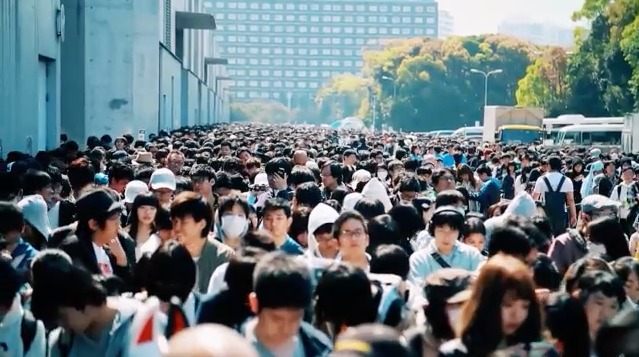 This year’s Nico Nico Cho Kaigi was supposed to be held from April 18 to 19. According to IT Media, organisers will refund those who already purchased tickets for the event.

IT Media” loading=”lazy” > Image: IT Media

Last year, over 168,000 people attended the Cho Kaigi in-person, but 6.6 million people viewed it online. So there is a tradition of experiencing the event virtually in a big way.

Famitsu reports that this year’s Net Cho Kaigi will feature various live performances as well as other kinds of entertainment.