Castlevania: Symphony of the Night Is Now Available For $4 On iOS And Android

castlevania symphony of the nightxpost 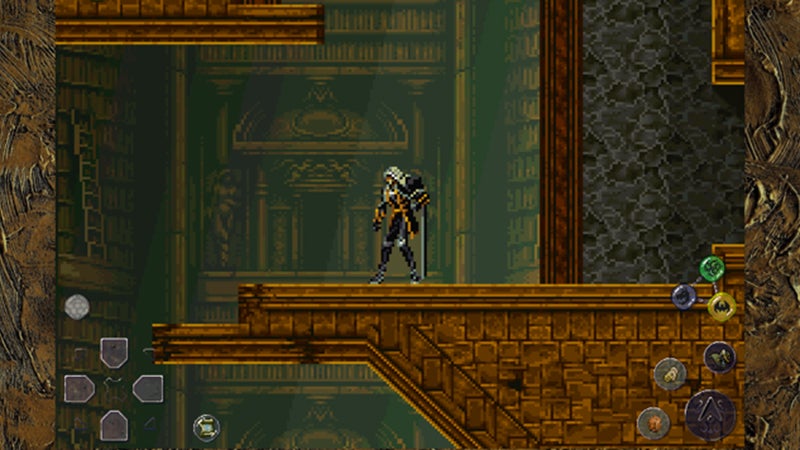 Castlevania games are mostly remembered as popular titles for Nintendo’s classic 8- and 16-bit consoles. And while a version was created for the Sega Genesis, one of the most memorable and beautiful Castlevania games was actually released for the original PlayStation—and 23 years later, it’s now available on iOS and Android.

Because the PS1 was one of the first consoles to support true 3D graphics, most developers used its hardware to create games like Spyro the Dragon, Crash Bandicoot, and Tony Hawk’s Pro Skater, which featured fully realised 3D worlds players could explore. For Castlevania: Symphony of the Night, Konami went a different route, using the PlayStation’s processing power to create a 2D side-scroller with beautiful parallax effects and other level-enhancing graphical tricks that worked alongside two-dimensional sprites to create one of the most beautiful side scrollers gamers had ever seen. That, coupled with great gameplay and a compelling story, made Symphony of the Night a favourite among Castlevania fans to this day.

But the original PlayStation was released way back in 1994. Twenty-six years later, your smartphone’s processor can run circles around the guts that powered the PS1, so Konami has ported Castlevania: Symphony of the Night to iOS, including support for both the iPhone and iPad, as well as Android, for just $4.49 on either platform. Which one should you choose? Based on screenshots it does appear as if the mobile version of the game includes the option for on-screen controls, but as we all know those should only be used as a last resort and are far from ideal for playing a game like this.

In the game’s description, Konami promises the mobile version of Castlevania is, “[f]ully compatible with game controllers,” which gives Android the clear advantage as the platform of choice for playing the game, since it easily connects to almost any Bluetooth controller, whereas iOS is only compatible with just a handful of wireless gamepads that are MFi approved.