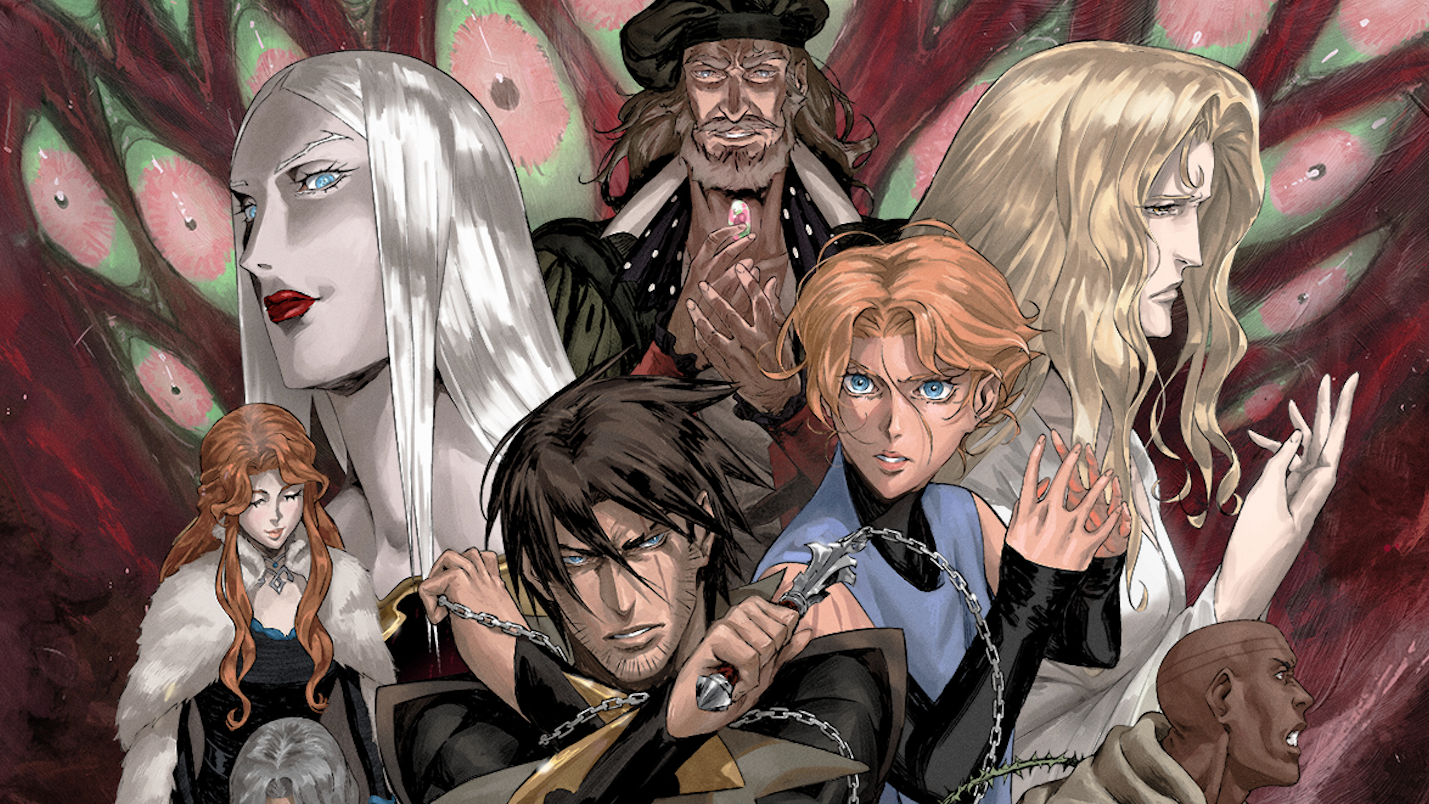 Image: Netflix
To sign up for our daily newsletter covering the latest news, features and reviews, head HERE. For a running feed of all our stories, follow us on Twitter HERE. Or you can bookmark the Kotaku Australia homepage to visit whenever you need a news fix.

By the end of its second season, Netflix’s Castlevania show seemed to have reached its apex. Dracula was defeated, and the story—largely based on the NES’ Castlevania III: Dracula’s Curse—was over. Season three could have gone in a lot of directions. It ends up focusing on the characters that viewers have come to know and love. The raw plot often feels more like a series of chess moves to get the right pieces in place for season four, but it’s imbued with a slower pace and greater focus on the characters that creates clean (and often tragic) story arcs.

Trevor and Sypha form the true heart of the show at this point. The monster hunter and magician duo are travelling partners and lovers. Wandering the countryside after Dracula’s defeat, they find themselves embroiled in a cultist plot in a small village. Their story progresses at a deliberate pace over the season’s ten episodes, but it never feels meandering thanks to the clear rapport Trevor and Sypha share. Richard Armitage, who voices Trevor, imbues the character with his signature world weariness but it’s also tempered with more optimism.

That optimism is sorely tested as the story pushes towards a demon-packed conclusion, and throughout that, Trevor develops into a much more interesting and enjoyable hero. The real star, however, is Alejandra Reynoso as Belnades. High off the thrill of adventure and finally exploring the world on her own terms, Sypha is living a bloody but exciting life. Her zeal and enthusiasm colours every moment she is on screen, including the astounding moments when she uses her magical powers to slice monsters into tiny pieces.

Castlevania is ultimately a dark show, driven by writer Warren Ellis’ blue dialog and excoriating scepticism. Trevor and Sypha’s warmth and comfort is sucked dry in the face of a plot that involves murder, hell portals, and intersecting agendas. They find an ally in the foppish magician Saint Germain, whose path through the story allows for intrigue and scholarly puzzle-solving that compliments the duo’s more active approach. In spite of a bright central cast of characters, this is a series about loss.

Germain seeks a lost companion in the realms beyond the known world, and will do anything to find them. Trevor and Sypha’s newfound happiness is sacrificed at the altar of heroism. Season two ended with Dracula’s son Alucard weeping after killing his father. Season three ends with Trevor and Sypha disillusioned. Without going into details, life as a demon hunter isn’t always a matter fit for tavern songs.

This holds true for other characters as well. Alucard sifts through the ruins of Dracula’s castle, slowly feeling the weight of isolation and loneliness until he is discovered by a pair of vampire hunters. Alucard takes the pair of them under his wing, and their self-contained story rounds out one of season two’s disappointing vampire generals. Alucard’s students previously escaped after serving on the general’s court in Japan, and flashbacks to their imprisonment breathe life into a previously flat villain. It isn’t the most propulsive story arc and doesn’t intersect with the larger plot, but a dark turn that happens within it provides a lesson for Alucard.

Season three is also about growth. The heroes have won but the world isn’t rid of darkness. That darkness can still be found in the hearts of vampires and humans. Alucard’s ultimate struggle is to avoid walking his father’s path.

While I sometimes found his story unfocused, it still tied into those larger themes. It would have been easy for this season to leave Alucard out entirely or to contrive some way for him to get back into the action sooner. Instead, Castlevania has the confidence to spend a season developing his character even further. The earlier seasons moved faster but often left these moments by the wayside. Season three is better for exploring the character’s inner lives as much as their grand battles. 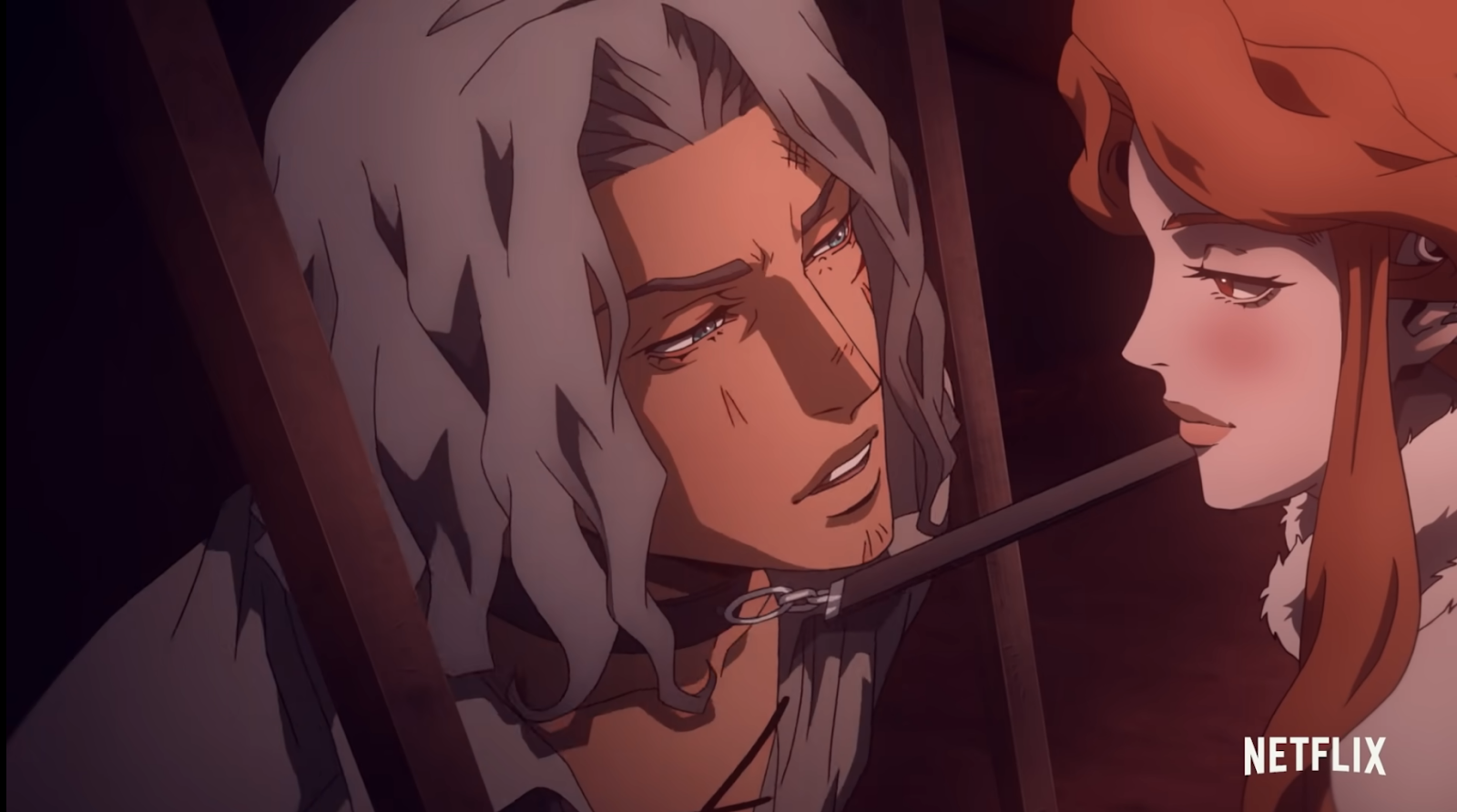 Two of the most interesting characters aren’t even the original Dracula-killing trio. Devil Forgemasters Hector and Issac, once loyal to Dracula, find themselves tested as well. Hector remains in the clutches of vampiric megalomaniac Carmilla. Dragged to her remote castle fortress, he is mistreated and manipulated by Carmilla and her vampire sisters. Hector’s ongoing degradation can feel a little overblown at times—the show sometimes takes an almost perverse glee in his torture—but it provides one of the series’ greatest ongoing tragedies. Likewise, it gives the show a chance to round out a cadre of villains.

An oft-levied complaint against season two was that Dracula’s court felt unexplored. In season three, Carmilla and her sisters are given more focus and even some humanity. That clashes with Hector’s ongoing humiliation, but Castlevania is playing a slow game. Hector’s manipulation and mistreatment, all of which is done to force him to create a monster army for Carmlia, sets the stage for what will be a greater threat in the following season. It’s dark, but if the story follows the games in any way, Hector might finally have his moment to forge a better future for himself and the world.

His counterpart Issac hopes to continue Dracula’s mission to purge the world of humanity, but he finds his conviction challenged time and time again. From the small kindness of strangers to the people he inadvertently saves on his quest to find and presumably kill Hector, Issac is pulled between his loyalty to Dracula and his growing sense that there might be another path. His quest is the most openly violent of any character, thanks to his command over demons, but there is a sense of struggle.

It speaks to Castlevania’s writing that I’m so interested in its characters and their individual tragedies, but the story’s confidence is matched by its animation. There were already stand-out fights in the first season, but it’s even better here. Surprisingly, one of my favourite moments didn’t involve magic or monsters. It was a swift but brutal alleyway beatdown. There’s a sense of weight to each movement, and while the violence never feels as impactful as Netflix peers like Devilman Crybaby, it is still captivating.

Castlevania doesn’t always work. Ellis’ dialogue sometimes feels forced, and a few of the twists and reversals exist for little more than cheap thrills. In that sense, for all of its interesting character arcs, Castlevania retains a grindhouse sloppiness at its core. Still, it is raised up by the performances of its actors and the talented work of its animators. Season three sometimes meanders in moving its pieces around the board, but the focus on characters largely pays off. I’m invested and care about these characters way more than I expected. And while their journeys this season are rough and break down what idealist views they still held, the stage is now set for another shattering climax.