With only the first instalment of the Final Fantasy VII Remake coming in April, who knows when the video game will get to the final confrontation between Cloud and Sephiroth. The Final Fantasy Trading Card Game wastes no time getting to the good bits, with a special two-player starter set that allows players to relive the classic battle, only prettier.

As a person who is practically drowning in Square Enix’s gorgeously illustrated trading cards, I can say that preconstructed decks are the easiest way to get into the long-running game. I have a giant case filled with loose cards and premade decks, and nine times out of ten I’ll reach for a 50-card serving suggestion rather than attempt to build my own. Unlike other traditional card game companies I could mention, Square Enix packs its preconstructed decks with a selection of the best cards available, rather than tucking them all away in boosters. 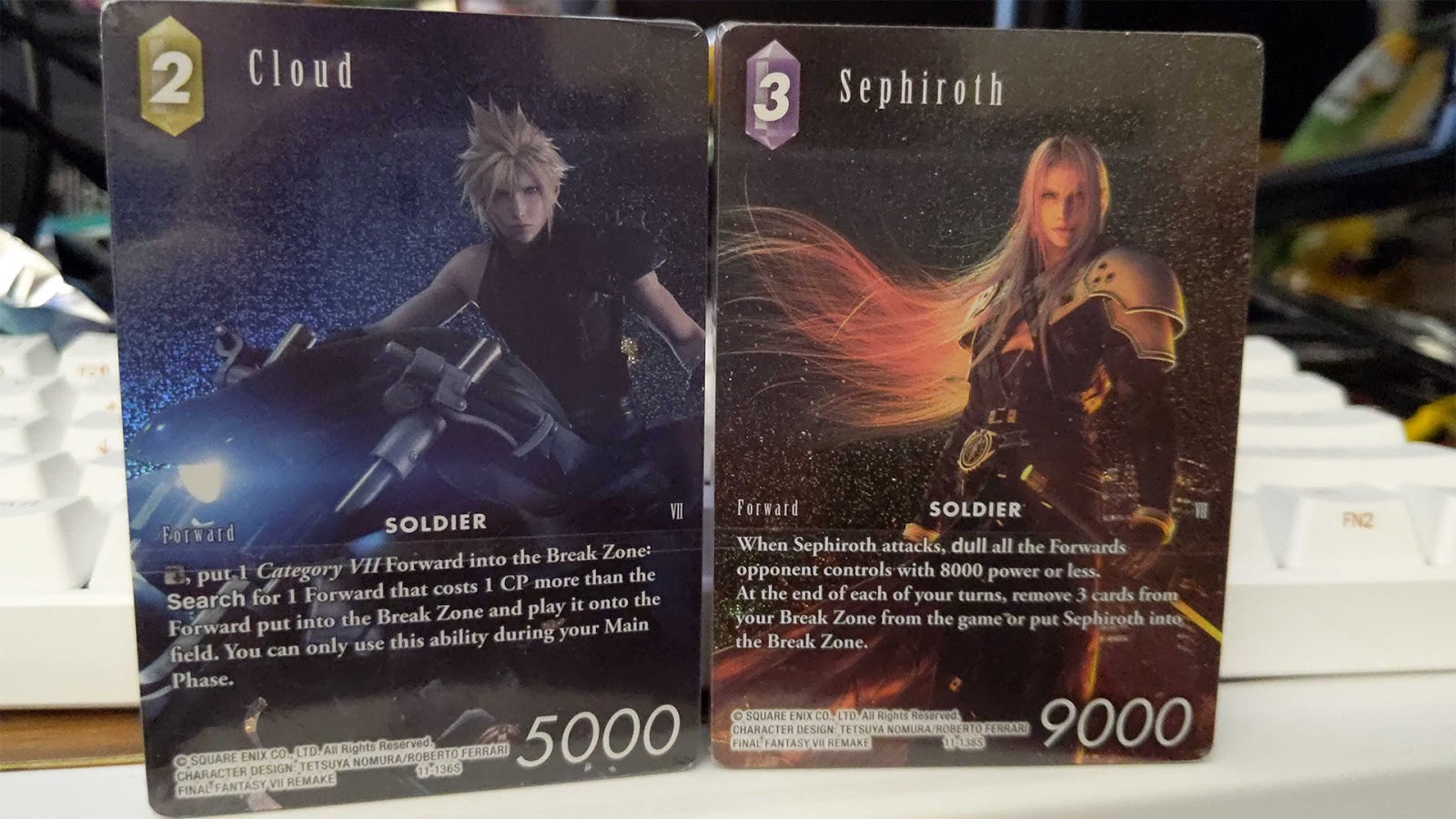 I particularly appreciate Square Enix’s two-player starter packs, which include a themed deck and handy instruction booklet for each player. Released alongside the game’s “Opus XI: Soldier’s Return” expansion, the Cloud Vs. Sephiroth Two-Player starter set is packed with plenty of pretty, playable art from all sorts of Final Fantasy games, but its heart is obviously with Cloud and crew. 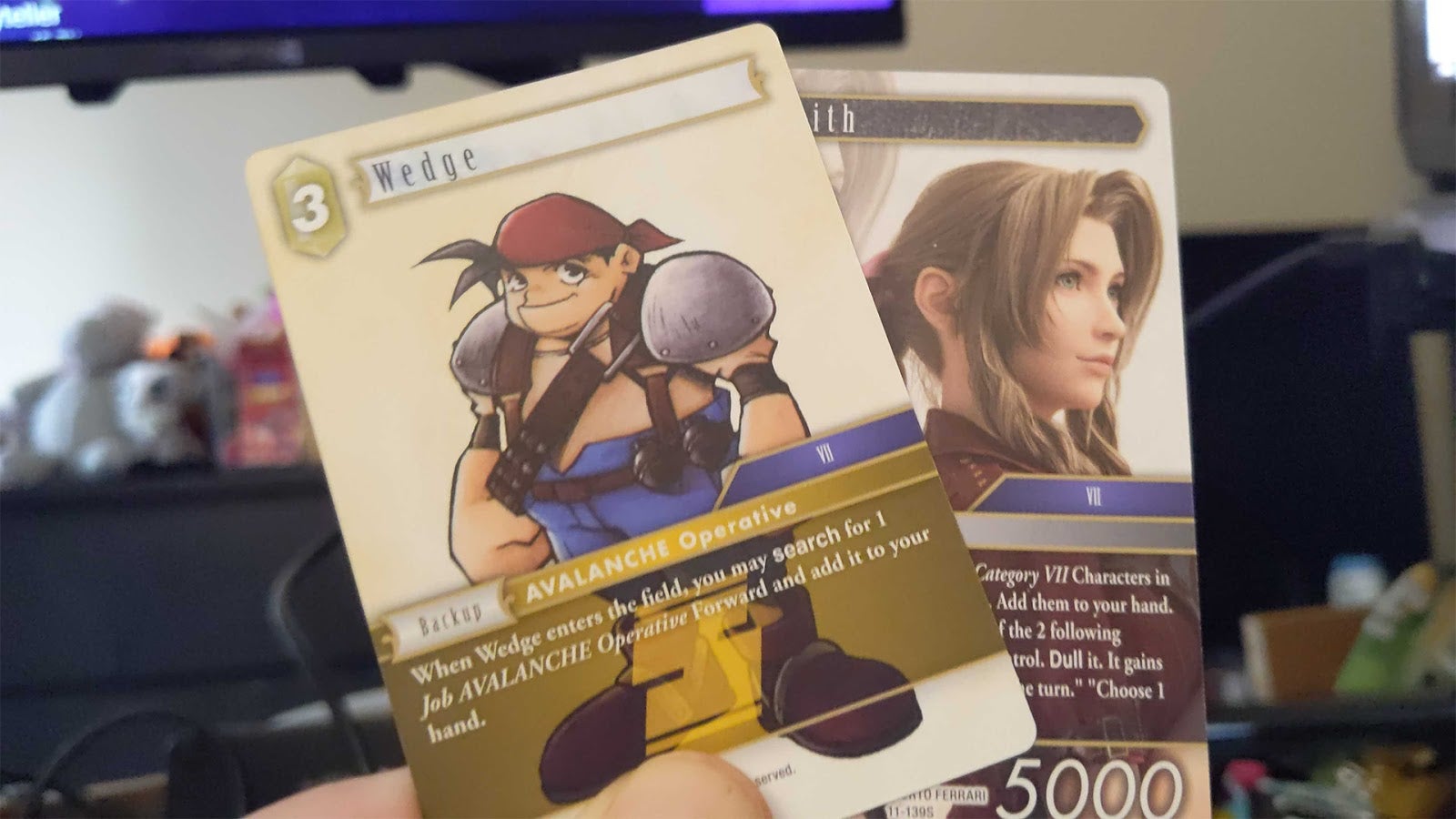 The Cloud deck stars Cloud, of course, but it also features a whole lot of Vincent, Barret, Tifa, Red XIII, Aerith, Zack Fair, Jessie, and Wedge. Most of the character cards feature older art, which is a little disappointing. I would have killed for a card featuring the remake version of Wedge, AKA my new hero. Still, it’s a very heroic-feeling deck.

The Sephiroth deck is a bit more of a mish-mash. He’s not really a team sort of guy, that Sephiroth. Still, he manages to gather quite a posse. There’s Azul, Kadaj, Reno, Reeve, and everybody’s favourite mafia pervert, Don Corneo. I grouped him here with Cait Sith because I thought he might be into that action, the weirdo. 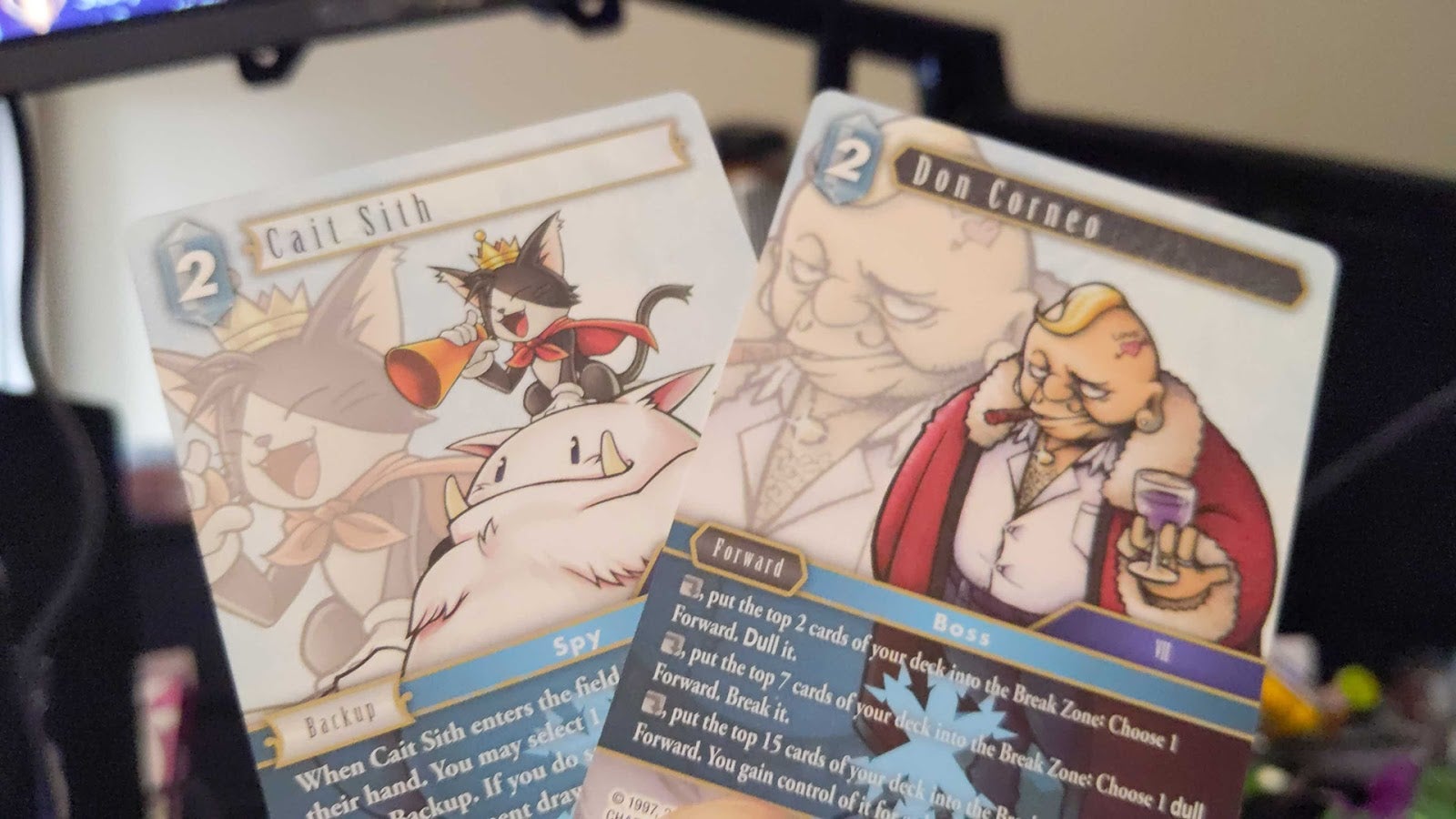 There’s a complete breakdown of both decks over at the Square Enix website. Together they seem like a great way for two people to spend a quiet evening waiting for part one of the Final Fantasy VIII Remake to come out.