Everything Announced During Ubisoft Forward

Harley Quinn’s Newest Comic is a Clever Celebration of Her Evolving... 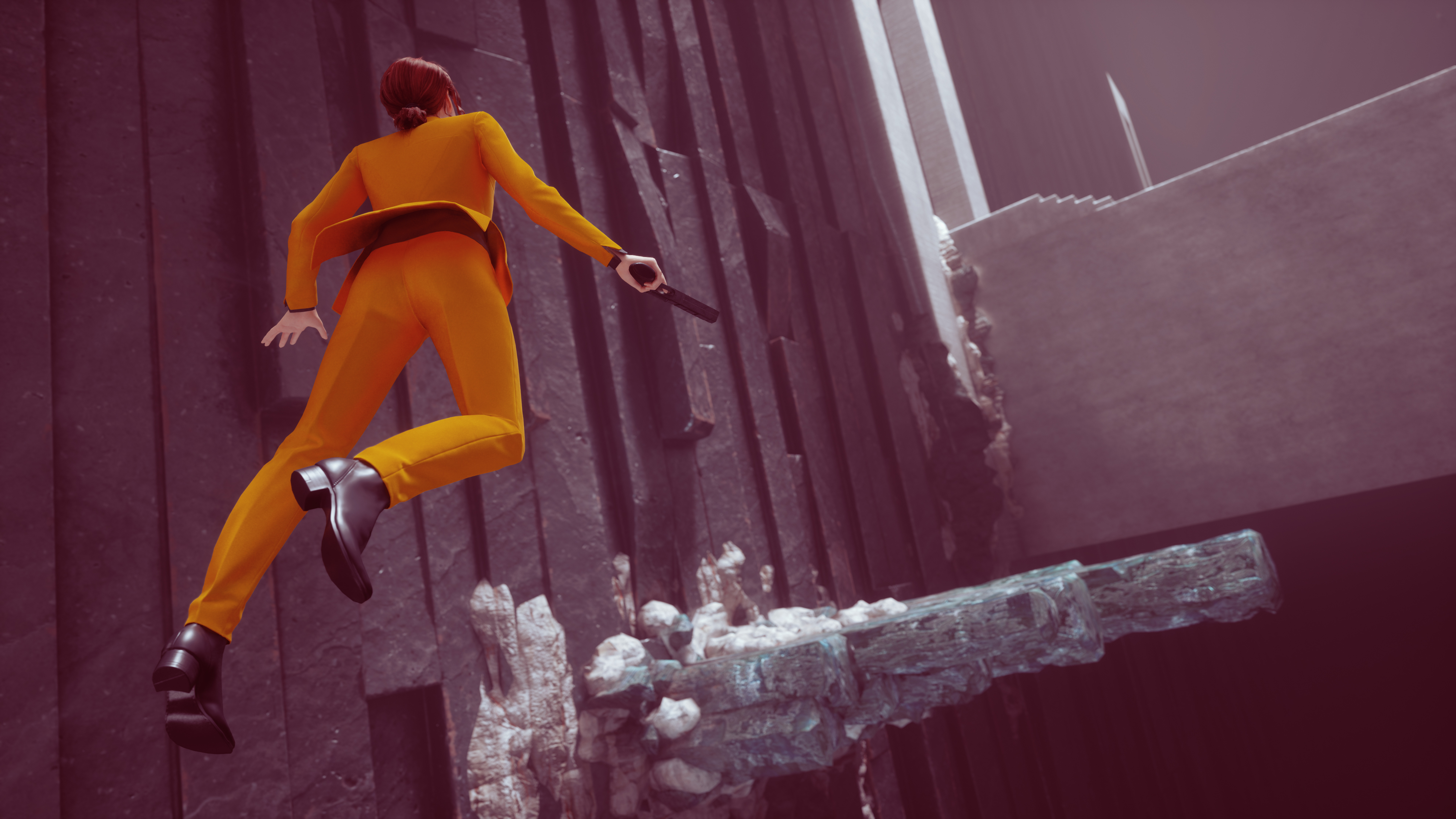 Control’s new downloadable content, The Foundation, is neither a simple add-on nor an afterthought. Rather, it’s a fully-fleshed out expansion that pulls you deeper into the mysteries, paranormal combat, and sprawling exploration that made Control one of the best games of 2019. In fact, much of The Foundation measures up to the quality of the base game. In quite a few places it even surpasses it.

Out today on PS4 and PC, The Foundation takes place after the events of the main game’s story with Jesse Faden, newly minted director of the Federal Bureau of Control, slowly growing comfortable with her new role and paranormal cleanup duties. As is the way of these things, a fresh mess soon confronts her when The Nail, a strange object buried deep within The Oldest House, cracks under mysterious circumstances, causing bits and pieces of the Astral plane to start leaking into the real world. Better call off that lunch meeting.

At first the collisions between the Astral plane and reality are subtle. You notice office equipment and furniture sitting eerily in a corner atop floating obelisks, for example. But the cleavages grow more intense. Entire sections of the DLC’s sprawling new network of underground caves become disjointed, resulting in some of the most breathtaking and fun-to-traverse Control environments yet seen.

Along the way Jesse learns more about the mysterious, extra-dimensional Board that’s been ordering her around, and its relationship to Former, one of the bosses from the base game, suggests a darker history behind the FBC. (Quelle surprise!) I found the conspiratorial pull of these questions strong, but Remedy Entertainment is saving its biggest answers for a second DLC, due out later this year. Fortunately, The Foundation’s fundamentals are so strong it doesn’t matter.

In addition to a completely new sector to explore, The Foundation also adds two new powers: Create and Fracture. The first lets you sprout large crystal structures out of certain places on the ground and walls, useful as makeshift platforms to reach new places. Simple though it is, this new tool is nevertheless really satisfying to use. Levitation was already one of the game’s coolest powers, and being able to conjure new landing surfaces makes it even better.

Your lovely crystal structures also double as weapons. Luring an enemy over top of one before triggering its explosive growth makes for a deadly trap that guarantees an insta-kill. At first this seemed like a fun but superfluous bonus, but in some of the DLC’s larger fights it can prove a life-saving ace to have in Jesse’s back pocket, helping round out her arsenal.

Fracture, meanwhile, lets you blow up crystals blocking your path or holding up pillars that are just out of reach. It’s not a power trip like Create, but it’s still a visually fun trick, showing off Control’s consistently detailed and artful destruction. Breaking stuff has always been one of the game’s highlights, and The Foundation gives you even more of it. 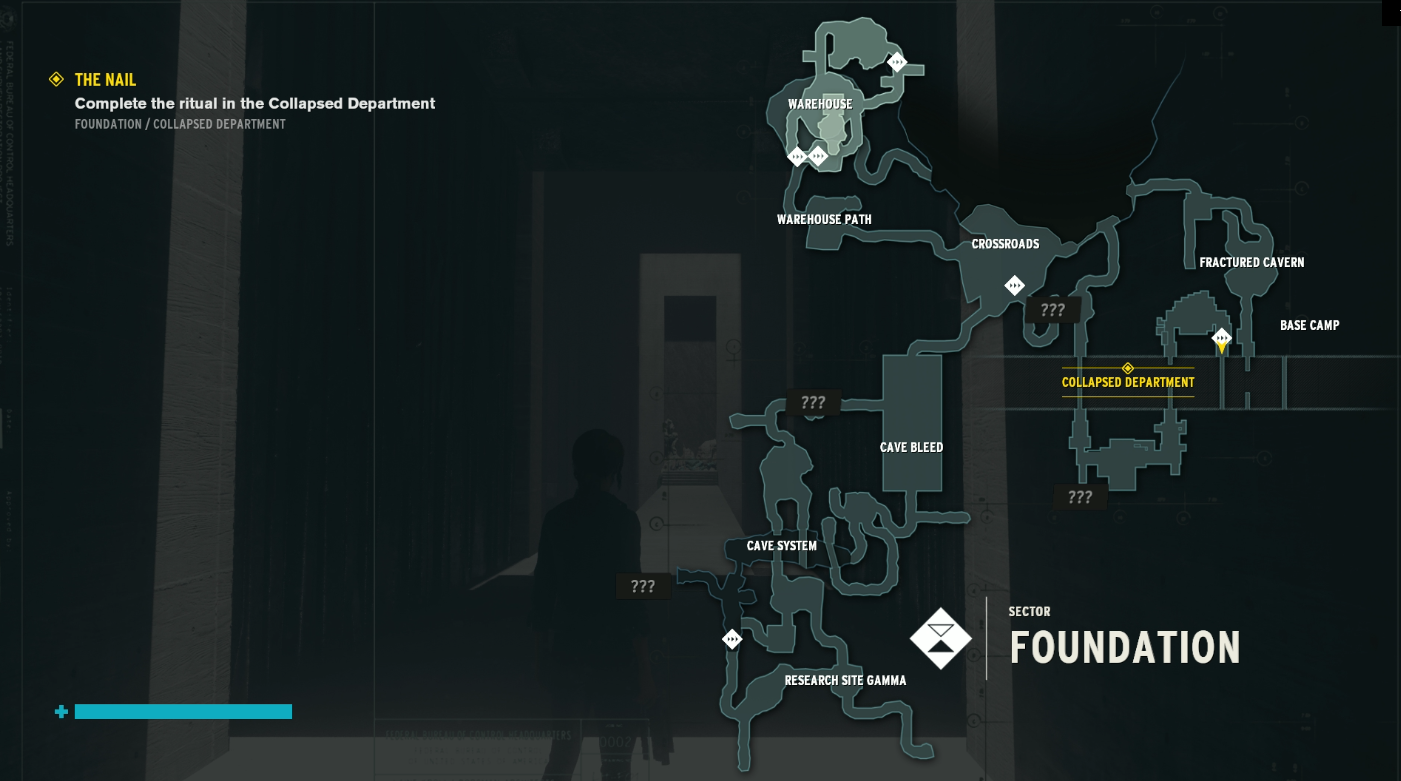 Speaking of highlights, another comes in a new enemy called the Hiss Sharpened. Unlike most of the game’s other enemies, a cautious crew of lobbers and snipers, these guys run you down, ready to rip you apart with pickaxes should you let them draw too near. Bad news: They can also teleport and chuck their picks at you if you try to fly away.

What sounds like an overpowered antagonist on paper, though, actually makes combat feel a lot more varied. They’re perfect fodder for the game’s new shield bash ability, and finally give Jesse reason to occasionally use her “force-push” melee attack. They’re also excellent candidates for mind-control, distracting other mobs with their rush while you launch boulders and unload your service weapon. Unlike some of the long and tedious cover-shooty fights toward the end of the base game, The Foundation’s larger arena brawls are refreshingly freewheeling and unpredictable.

Many similar tweaks and additions help the DLC feel like a fully realised mini-campaign with an identity all its own. One more small example: Remember all those rooms in the base game that were separated by glass you couldn’t break? It was a jarring bit of game logic, considering that you could pick up, twirl, and smash just about every other object in the game into thousands of little pieces. The Foundation presents you with more than a few glass walls that can be shattered, and in every instance it felt like a sublime fulfilment of the promise of destructibility underlying the original adventure.

The shattering eventually culminates in one particular fight in a coliseum of glass-encased cubicles that’s as memorable as any of the showdowns in the main campaign. Clearly, Remedy isn’t just recycling Control’s greatest hits for the DLC or using it as a testing ground for experiments that didn’t make the final cut. Instead, The Foundation continues Jesse’s journey while making improvements along the way. I’m usually disappointed by story DLC, but Control’s first major add-on already has me wanting to dive back in to uncover any bits I might have missed.