The pitch for Desperados 3 is straightforward. It’s a squad-based tactics game from the makers of Shadow Tactics: Blades of the Shogun, which itself was a respin on the Commandos formula in Japan’s edo period. The Desperados series is cut from the same cloth, but set in the Wild West.

That by itself works. But Desperados 3 also has a neat narrative hook, with each mission revealing more about the origins of the Cooper gang. And yes: active pause is back.

Turning Desperados 3 into an origin story is a genius move, because the last Desperados game is almost 15 years old. But if you’ve played any stealth tactics games, Desperados 3 will sink in immediately. Enemies have cones of vision, you can long right click on a spot to see if it’s tracked by enemies at any stage, and the game tells you to save a lot.

What developers Mimimi Productions have done is largely take the successful model used for Shadow Tactics and port that into the Desperados franchise. They’ve learned some lessons from their previous game, and fans of that will find more missions, and customisable difficulties. If you want to play on a harder setting with more enemies, but don’t want enemies to react any faster, you can change that.

And after refusing to include it in Shadow Tactics, the developers have added an active pause key. It’s called Showdown Mode, and it lets you queue up actions and execute them immediately, or you can queue them up and execute them later at the press of a button. It works a treat, and you’ll use it all the time in Desperados 3. There’s been some updates to the UI since Shadow Tactics: it’s much cleaner, takes up a little less real estate, and the mix of grey tones and light blues fit in well with a lot of the dusty surroundings. The visuals are more realistic this time around, instead of the slightly cel-shaded look in Shadow Tactics.

A lot of the character archetypes have a direct parallel. Mugen, the older general who could duel samurai and lure soldiers with sake, has his role filled by Hector and his massive metal trap. Kate is the spy of the group, using perfume, flirting and distractions to pull guards out of position, and Cooper has Hayato’s ability for climbing up vines and throwing knives/shuriken. Even the structure of the campaign is pretty similar: the fourth mission of Shadow Tactics introduces you to the kunoichi Aiko, while Desperados 3‘s fourth mission introduces Kate as she tries to escape a wedding.

Of course, it doesn’t matter too much that the archetypes are replicated. The fun in games like this is finding your own solution to the puzzle posed by every level, no matter how much grinding it takes. There’s a real joy in getting to a point comfortable enough where you can wing it and just escape by the smallest of margins.

The cutscenes before and after missions are well done, and the voice acting for each of the characters is, unsurprisingly, an improvement on the English VO masquerading as Japanese samurai from Shadow Tactics. There’s a little more exposition laid out at the start of each mission, and the characters have a bit of banter between each other as you progress through the level.

There’s really not much else to say. It’s a better looking game, the UI is nicer, the tutorial is a little simpler, there’s active pause and the formula works as well as ever. Characters walk a little slower than the catlike ninja of Shadow Tactics, but all the animations, sounds, and environments are excellent. If you ever enjoyed Commandos, Shadow Tactics, or the original Desperados games, you’ll enjoy what’s on offer.

If you want to see the game in action, you can watch the first two missions in the video above. Desperados 3 is due out sometime this winter for PC, PS4 and Xbox One. 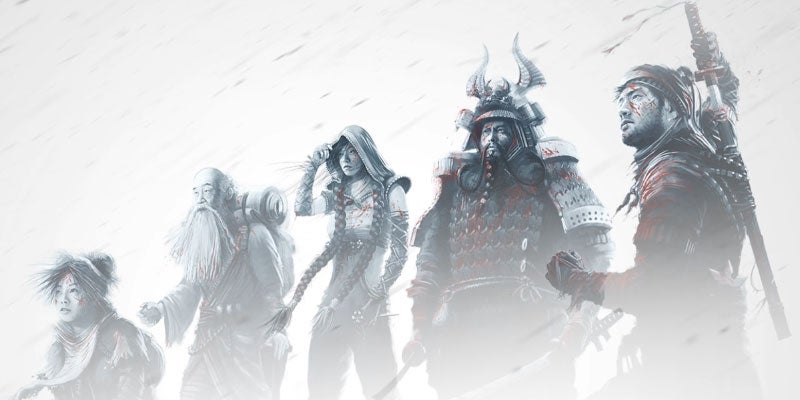 Shadow Tactics Is A Stealth Renaissance

Commandos was a very good video game. It's also a kind of game that we haven't seen much of since, so it's nice to see Shadow Tactics step in and deliver us a similar kind of experience. Well, as similar as swapping World War Two for Japan's Edo period can get, anyway.