Doctor Strange’s New School Of Magic Is Cool As Hell 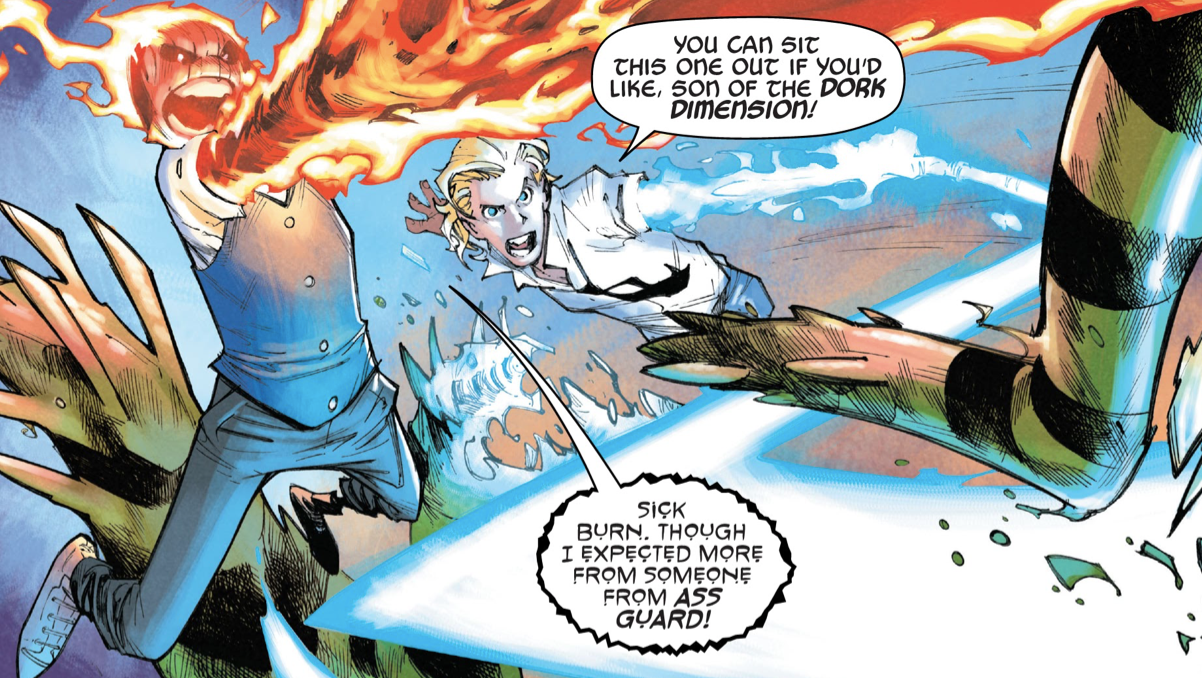 Doyle Dormammu and Iric of Asgard spending some quality time together. (Image: Humberto Ramos, Edgar Delgado, Clayton Cowles, Marvel)
To sign up for our daily newsletter covering the latest news, features and reviews, head HERE. For a running feed of all our stories, follow us on Twitter HERE. Or you can bookmark the Kotaku Australia homepage to visit whenever you need a news fix.

Because Marvel’s comics have always been filled with a large number of superpowered children, it’s made sense that there have been schools founded specifically to help teach the young, would-be heroes how to hone and control their extraordinary abilities.

But unlike Marvel’s mutants and similarly evolved characters, magic users of the world have never exactly had a place where they could learn more about the mystical arts. It’s always felt like a massive oversight given how often magical events end up putting the universe in peril.

The first issue of Skottie Young and Humberto Ramos’s Strange Academy immediately changes that with the founding of its titular school for spellcraft in New Orleans, where Doctor Voodoo and a number of Marvel’s most powerful witches and sorcerers have gathered to get to the important work of teaching the next generation.

Strange Academy introduces us to Emily Bright, a naturally gifted magician born to baseline human parents who have no idea how to help their daughter understand her gifts. After years of hiding her powers out of concerns for her safety, Emily writes a letter to Doctor Strange because he’s the most famous magic user she knows and she reasons that if there’s anyone who might be able to guide her, it’s him.

Though Strange doesn’t respond to Emily’s letter directly, her reaching out to him puts her on his radar. Just as she ends up accidentally angering a tree by performing some uncontrolled magic, Strange’s resident librarian Zelma Stanton arrives to give the young girl an assist and invite her to the good Doctor’s new school in Louisiana. 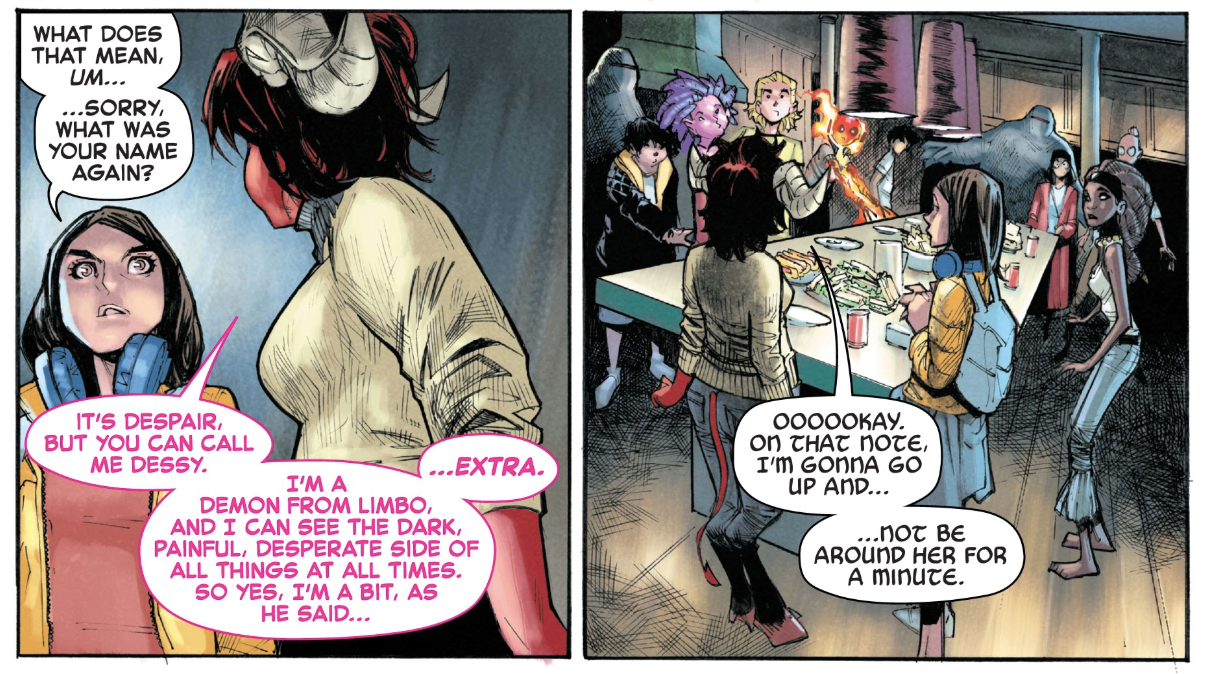 Unlike the mutant students studying at Xavier’s Krakoan school whose powers are all similarly derived from their x-genes, Strange Academy’s student body is made up of a diverse array of beings whose connections to magic are all wildly different in function and form.

Shaylee Moonpeddle, Emily’s hyperactive roommate, is a half-human/half-fairy whose very existence is forbidden by her mother’s magical people. Despair, a sullen demon from the Limbo dimension who can perceive people’s inner demons, rooms with Zoe Laveau (of the Laveaus), and the Asgardian brothers Iric and Alvi rub pretty much everyone the wrong way with how uncomfortably close they are with one another.

Under the tutelage of Doctor Voodoo and other teachers like Magik and the Scarlet Witch, each of Strange Academy’s students can learn to make the best of their powers and, ideally become productive members of the larger magical society. But the true importance of the school is bigger than any one of the children.

While everyone’s magic manifests itself in different ways, they’re all tapping into the same primordial mystical energies whenever they use their powers, meaning that they’re connected, in a sense. Learning how to control their powers makes it so that they run less of a risk of succumbing to the supernatural dangers that naturally gravitate towards them. It also has the added benefit of giving the world’s more experienced magic users more points of contact to identify larger disturbances on the magical plane. 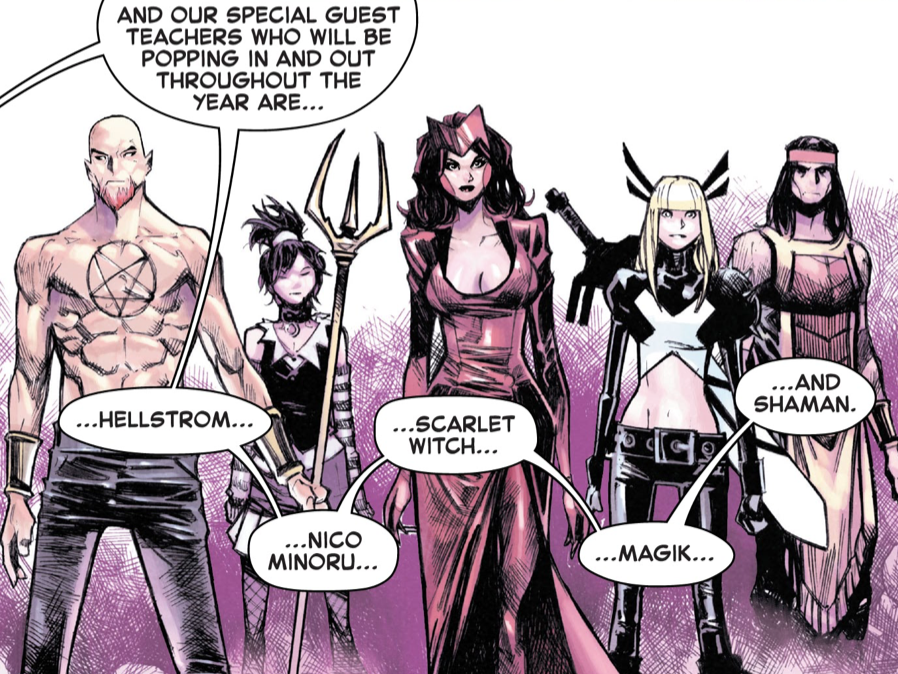 What Voodoo and his fellow teachers seem not to have learned from watching the X-Men over the years is that bringing groups of young, untrained people with superpowers together to live under a single roof is a surefire way to draw the attention of nefarious forces. Forces that put people’s lives in danger, no matter how many protective enchantments are used to hide the school from prying eyes.

Strange Academy’s students have little idea of how their time at the institution is going to drastically alter the course of their lives, and depending on how the series turns out, it could establish some major changes for Marvel’s magical status quo.