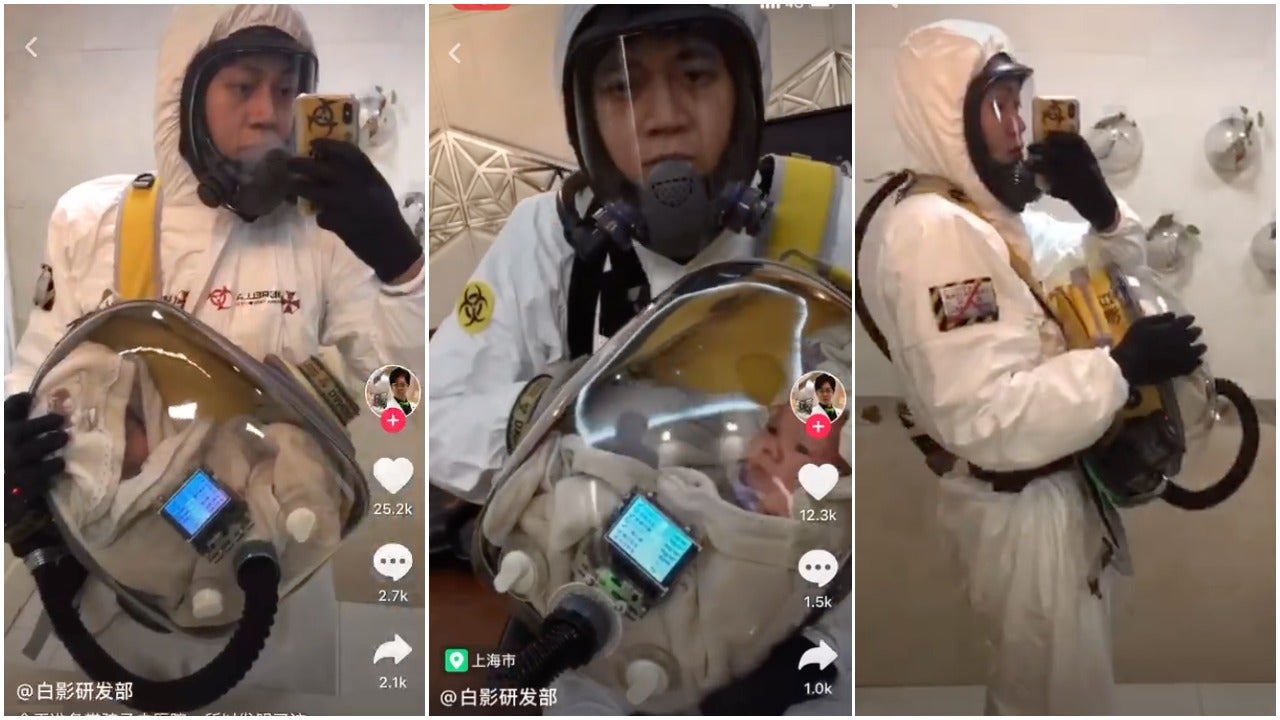 Screenshot: <a href="https://www.douyin.com/">抖音</a>
To sign up for our daily newsletter covering the latest news, features and reviews, head HERE. For a running feed of all our stories, follow us on Twitter HERE. Or you can bookmark the Kotaku Australia homepage to visit whenever you need a news fix.

Shanghai cosplayer and cosplay prop builder The_Bai_Ying says he created a special pod to take his baby to the hospital because, according to him, the city’s air quality is bad. But don’t assume he is actually carting his child around in it.

The_Bai_Ying says he created a way to filter the air to protect his infant.

It apparently is a working air filter! He uploaded the footage to the local Chinese version of Tik-Tok, flipping on the filter and showing it in action. 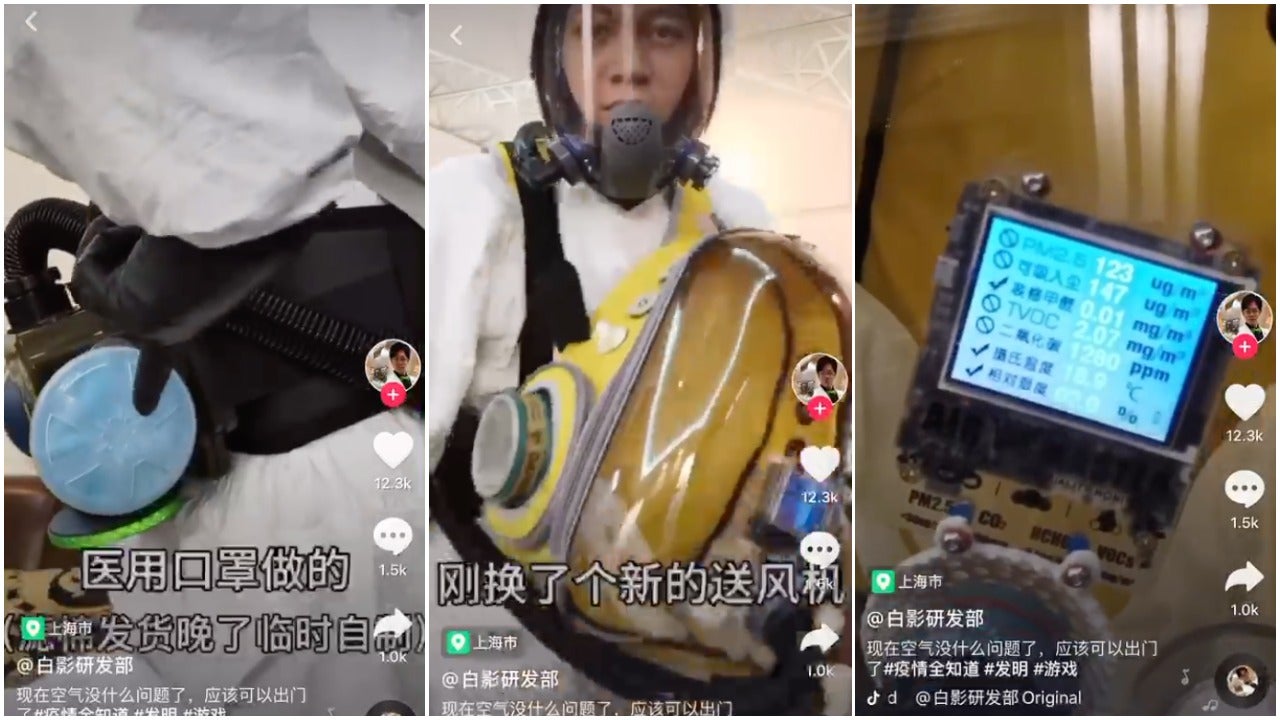 He made it from a backpack. 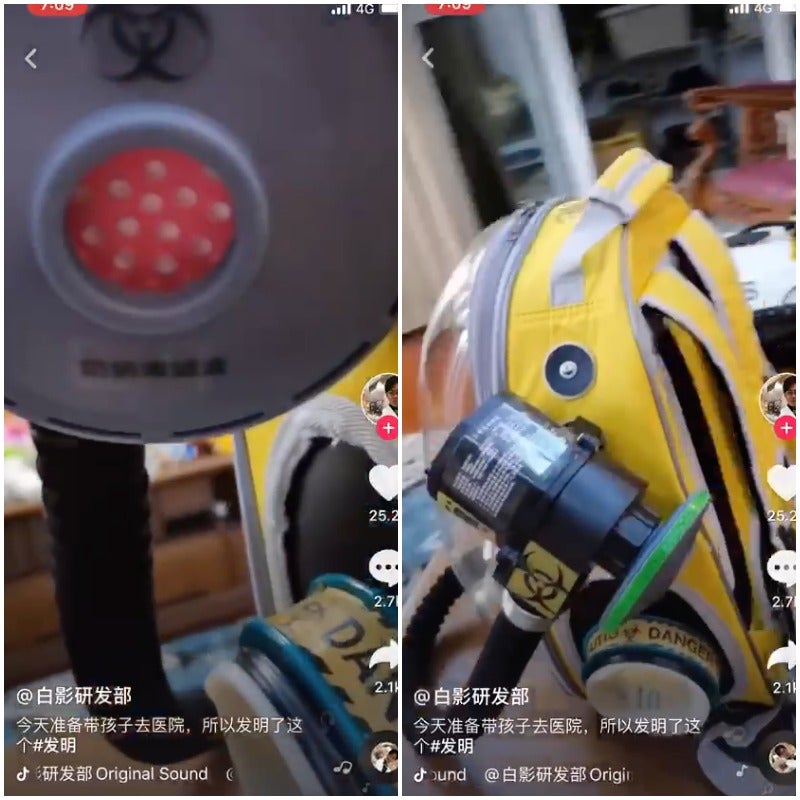 Here he is with the child in the pod. There is a covered hole where he can stick his hand through into a glove and adjust things inside the pod.

This is not recommended! Do not copy this. 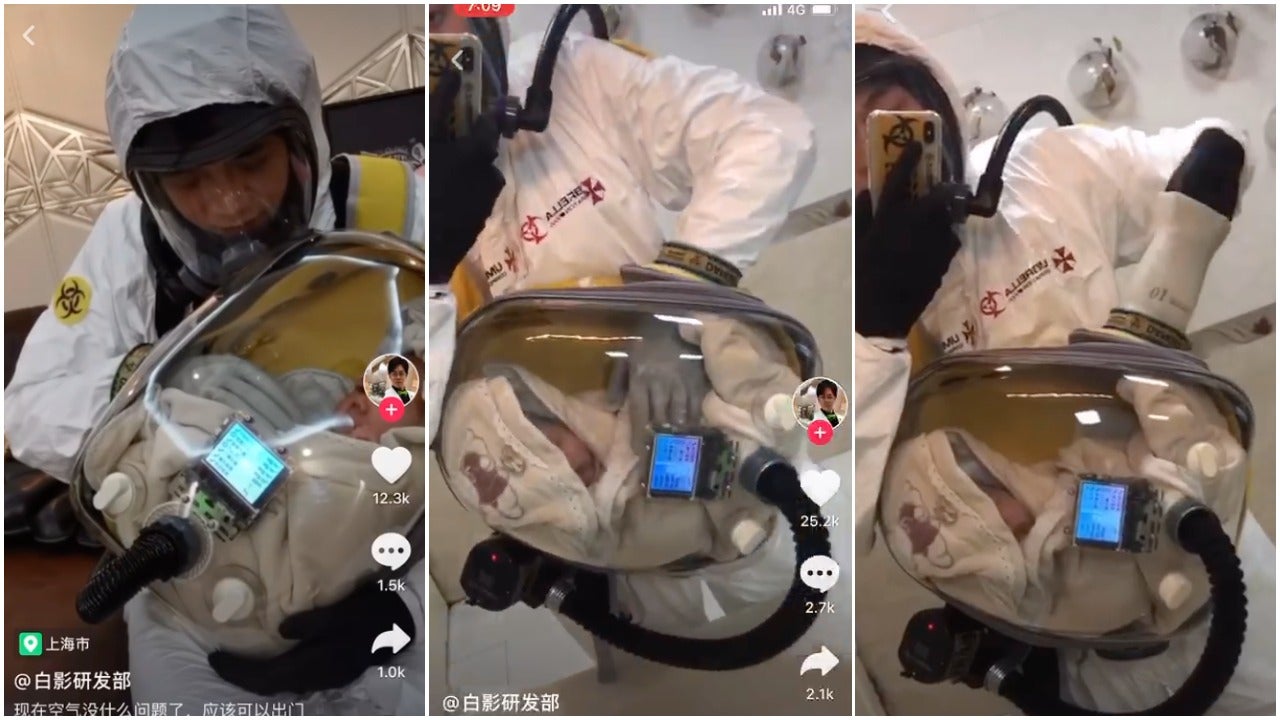 The_Bai_Ying has used both the #coronavirus and “DeathStranding tags, so his motivation and influence do appear apparent. However, it’s unclear if he’s being serious or just showing off a cool build like cosplays he previously made, such as a full-body Iron Man suit.

There isn’t footage of him going outside with the pod and his baby, so it’s likely that this could just be a cosplay-style build for Tik-Tok and not for daily use, with similar scepticism echoed elsewhere like on SoraNews.

However, he did film footage of himself wearing a hazmat suit in a Shanghai supermarket, where other folks simply had on sickness masks. 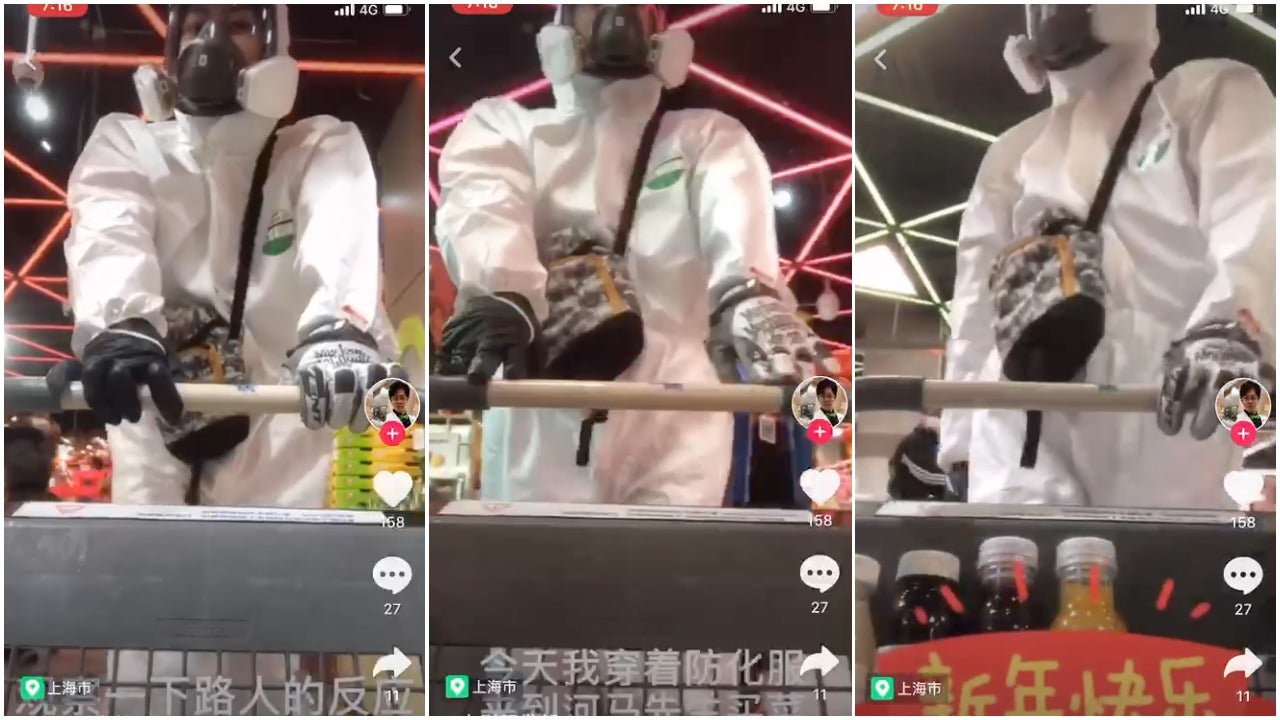