Hands On: Animal Crossing: New Horizons Will Put You Right To Work

Animal Crossing: New Horizons is a hard game to demo, but Nintendo invited me to try to do it anyway last weekend at PAX East. I came away from my brief trip to its deserted island impressed by how pretty everything looked and eager to continue toiling away on its beaches, in its fields, and at its crafting bench, creating my own private getaway from the modern world.

In a departure from previous games in the series, New Horizons, coming to Switch on March 20, has you leave civilisation behind and take up residence on a small island. There you can do many of the same things from previous Animal Crossing games: forage for fruit, dig for fossils, go fishing. But this time around, you can also scavenge for materials and use them to craft tools, furniture, and other knick-knacks to make life on the island more accomodating.

It’s a design choice with the power to fundamentally change your relationship to the village that springs up around you. Are you just another resident navigating daily life within a community of peers? Or someone who stands apart, thanks to the power to create complex objects out of sticks and rocks?

My heavily-scripted tour of the island began in the early game at a workbench. I needed to make an ax to chop down a tree, but I was one stick short of the number my ax recipe called for. A few moments later I found one, and constructed a Flimsy Ax. Tools have durability in New Horizons, I was told. Lesser versions will break more quickly, encouraging players to acquire recipes for upgraded tools that allow them to get work done more efficiently.

Next I take out my vaulting pole, a tool that makes it possible to traverse the island’s rivers early on before there are any bridges. Using it while running towards a riverbank effortlessly flings me across the channel in a satisfying swoosh. I end up doing this for a while, because it turns out to be a lot of fun all by itself. It’s also evidence that while a lot of the stuff you do in Horizons is familiar, many actions feel more polished and fully fleshed-out. The little flourishes in Villager animations when they talk to you, the way water drips off flowers when you’re done watering them—these are the sorts of details that go a long way in making a life sim feel lifelike. 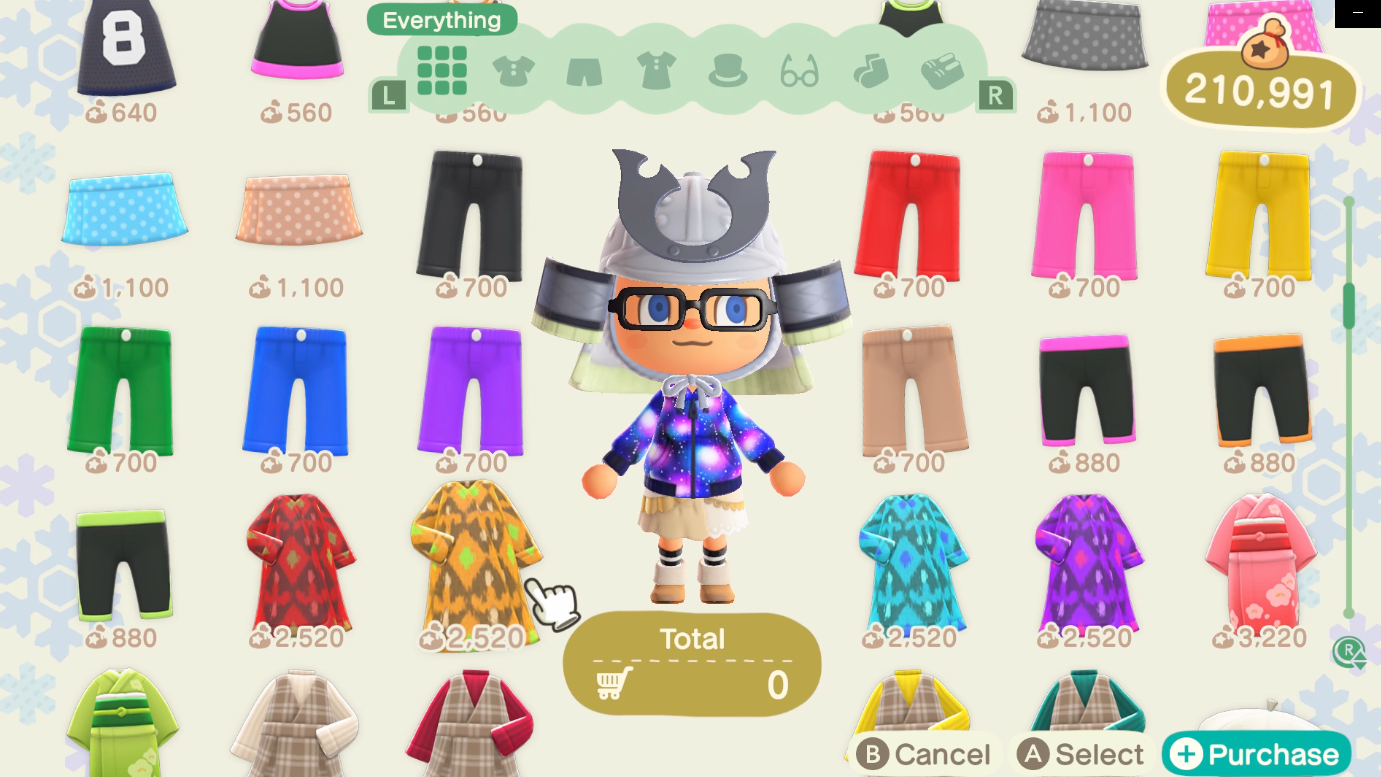 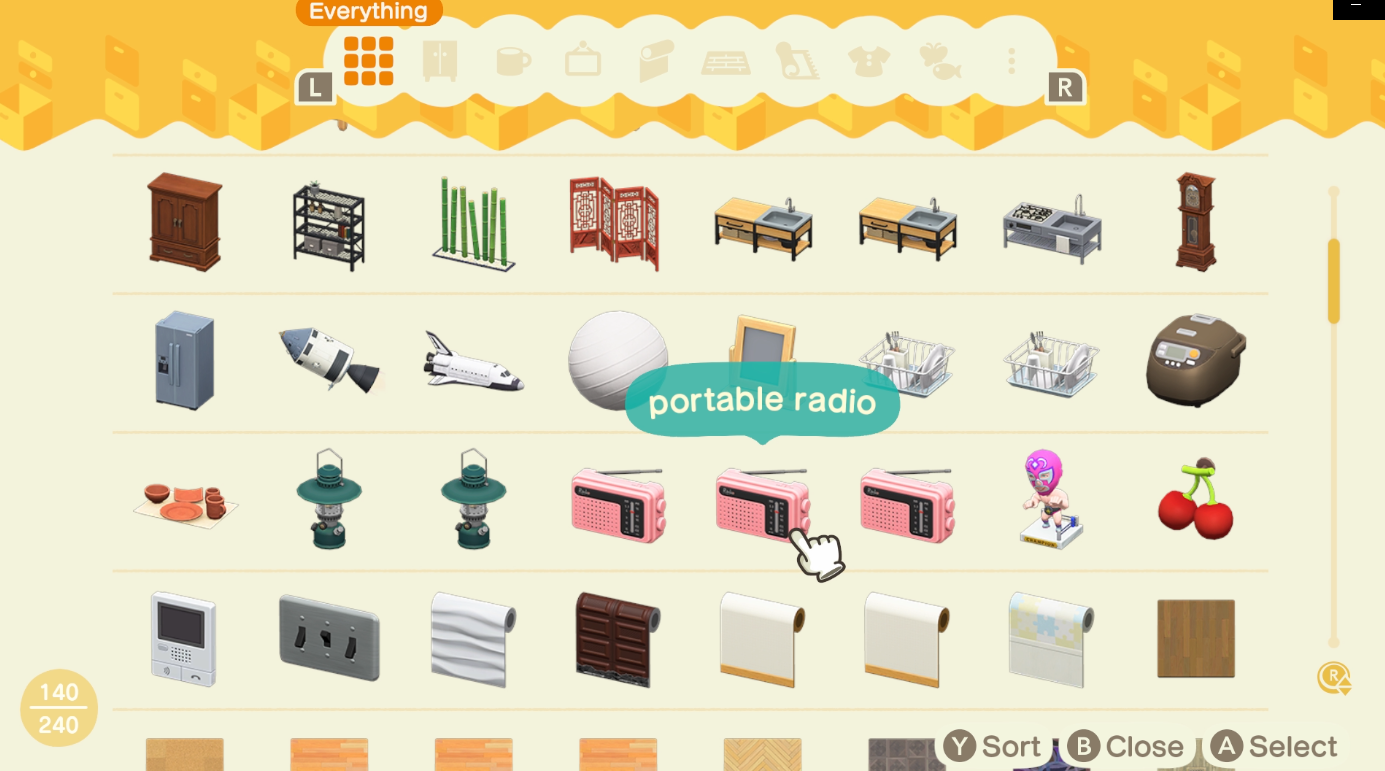 Despite being ready to sit there and fish and pick peaches for hours until PAX closed, I was rushed into a second demo, one in which the island is much further along in its development. Decked out in a floral blouse, corduroy skirt, and samurai helmet, I headed to Mabel’s for a fresh look. Once in the fitting room, I was able to easily scroll through a list of all the shop’s garments and accessories, trying them on and swapping things out until I finally had the new outfit I want. Not only could I buy everything all at once, I also had the option to start wearing it immediately, with my existing clothes going straight into storage back at my house.

It’s the most streamlined shopping spree I’d ever gone on in an Animal Crossing game, and a sign that some of the series’ more archaic inventory management and menu navigation has been successfully left behind. Another such sign is how easy it was to access my old stuff once I got back home. One press of the D-pad brought up all of my items in one complete list, or organised by category. Animal Crossing’s cycle of conspicuous consumption feels smoother than ever. 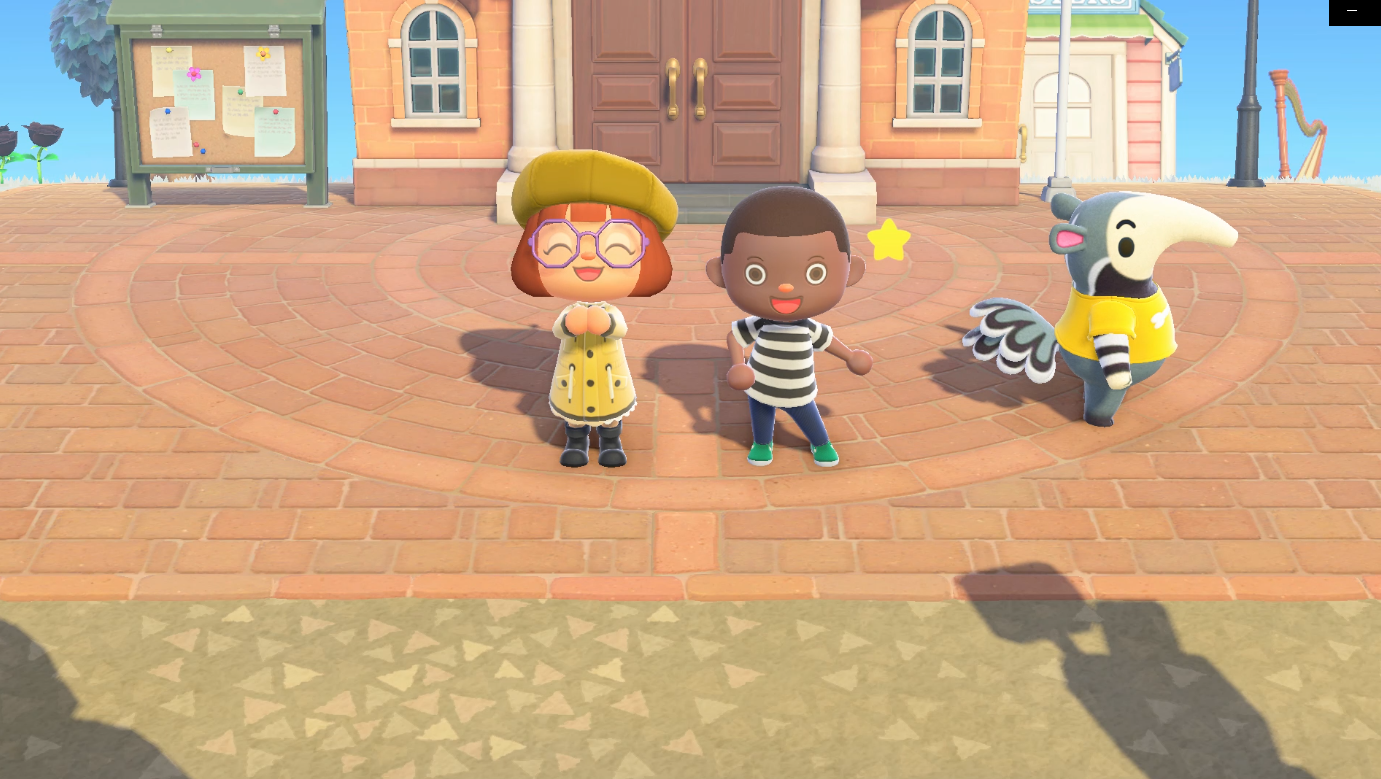 Nook Miles can be redeemed at a Kiosk in Tom Nook’s shop for stuff like phone cases and hairstyles. It seems like a nice system for extra rewards, but as someone who chases air miles in real life, it runs the risk of reducing every nice little activity into part of the grind rather than an end in itself.

“It feels like a place I’d actually like to spend time in, rather than just a trophy room showing off my dedication to the game.”

The grind can be made a little less lonely by joining up with a friend. A Nintendo representative showed me some of how the game’s co-op works by having me invite them to the island. Since I was the leader, the camera followed me around wherever I went. If the other player wandered too far off, they would magically teleport back to me. Their actions were also limited—for instance, they couldn’t speak to other Villagers. However, making them the leader with the click of a button made it possible for them to pick up items, which would then immediately go to a recycling bin in Tom Nook’s store.

The idea is to encourage people to play together without being afraid the other person will start messing up your carefully-curated island. But it felt a little less like hanging out, and more like doing chores together. Animal Crossing has always walked a fine line between feeling like a chill escape and a second job. Amassing material goods and paying off loans can be a fun way to play house, but it can also sometimes be too reminiscent of the nine-to-five we’d rather forget about. It’s impossible to know whether New Horizons will strike the right balance. A big part of the appeal of Animal Crossing games comes from the meaningful relationships you form with their quirky anthropomorphic characters over time, and how the repetition of mundane, everyday tasks like sending letters and picking fruit can make a place start to feel like home. It’s hard to put down roots overnight, let alone in under an hour.

But I did get a nice reminder of why I keep coming back to these games. Just before my tour wrapped up, I got to stop in at the owl scholar Blathers’ new museum. What had started out as a tent in my first demo was now a huge building full of rooms housing all of the creatures my character had donated. In one section was a multi-level aquarium, tranquil and calming under the blue tinted lights. In another was a bucolic arboretum, full of bugs climbing on plants and hovering over ponds. A fossil room contained nearly-completed triceratops and tyrannosaurus skeletons. The museum, a mainstay of the series, isn’t just bigger and more detailed. It feels like a place I’d actually like to spend time in, rather than just a trophy room showing off my dedication to the game.

The Switch’s first Animal Crossing will have a fresh take on the sorts of magical moments that have helped the series define its own quintessentially Nintendo sort of life sim. I just hope it feels more like a vacation than a workcation.