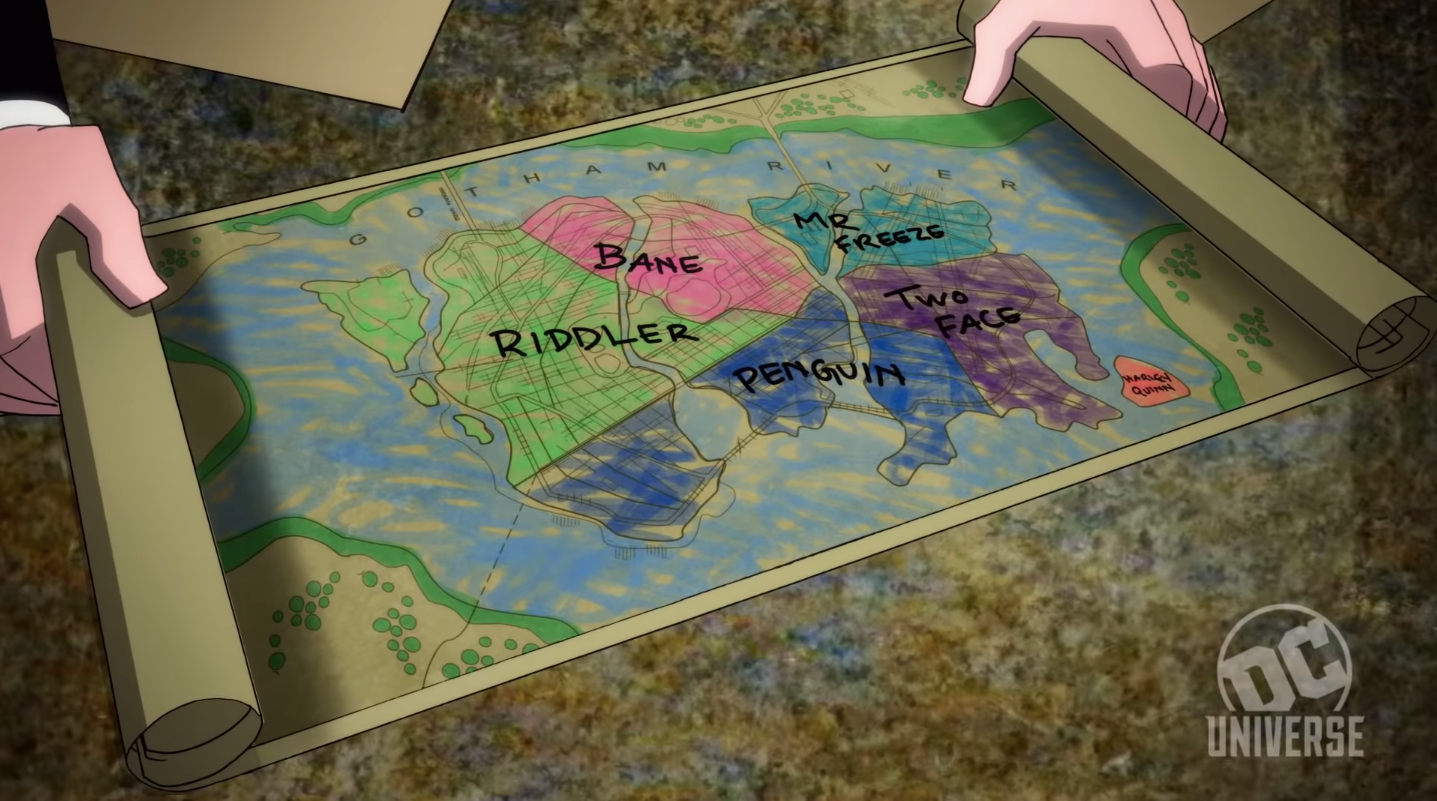 The first season of breaking free of the Joker and stepping outside of his shadow, Harley gave herself the freedom to become her truest self: an unbothered, maniacal badass with dreams of ruling Gotham City all by her damned self while heroes and villains alike cowered in reverential fear.

The premiere of Harley Quinn‘s second season”debuting April 15 on DC Universe”isn’t a drastic pivot away from the first season’s overall arc. It picks up not long after Harley, her crew, and Batman teamed up to take on the Joker who’d successfully managed to take control of Gotham…using an idea he stole from Harley. Because most everyone in Gotham believes that both Batman and the Joker are dead, Gotham descends into a new level of madness that pushes the police to their limits as more and more villains are emboldened to go out and commit ridiculous crimes.

Amid all the chaos, Harley and the gang are strong as ever and they understand that Gotham being in a state of disarray means they’ve actually got a shot at becoming real power players with a vice grip on the city’s neck. The season opens, though, by illustrating that for all the progress Harley’s made after breaking up with the Joker, he was never really the only personal issue she needed to deal with in order to succeed.

Though Harley’s freed herself, she still has quite a bit to learn about being a big fish in a relatively large pond that’s filled with more than a few slightly bigger, more experienced fish who don’t take kindly to newcomers. Beyond her issues with impulsivity, Harley also still has to deal with Gotham’s other remaining supervillains like Penguin, Two-Face, the Riddler, and Bane, who all recognise that they, too finally have a shot at taking over the city.

Much of Harley Quinn‘s second season borrows thematic elements from Jordan Gorfinkel’s Batman: No Man’s Land, the iconic story in which Gotham is abandoned and left to rot by the government following a devastating earthquake. Here, the circumstances leading up to the rest of the country turning its back on Gotham and its innocent residents are slightly different, but the overall effect is the same: The city becomes an apocalyptic war zone that the world’s superheroes seem uninterested in handling. But because this is a Harley Quinn story and not a Batman story, the series’ framing of the No Man’s Land concept is a novel one. Where the original No Man’s Land focused largely on various members of the Bat-Family trying to stem the rising tide of villainy, Harley Quinn instead follows as the goons and grunts working under different big name baddies come to the realisation that none of their hard labour has ever gone fully appreciated.

Conceptually, the second season’s digging into deeper ideas about what it means to be a person who wields power. Though Harley wants total domination, she inadvertently becomes the face of the goon revolution and further disrupts Gotham’s already fragile social structure in a genuinely interesting way. In once sense, Harley gets what she wants because she’s able to “destroy” Gotham, but in destabilizing the city so profoundly, she leaves herself and her friends vulnerable to those who would rather see them all dead.

Thankfully, nothing much has changed about Harley Quinn‘s wicked humour; it beats you over the head with rapid-fire quips before knocking you out with some truly gruesome, but oddly satisfying fight scenes that are heavy on the gore factor. Somewhat strange as it originally was to hear Kaley Cuoco and Lake Bell’s voices coming out of Harley and Poison Ivy’s mouths, both actors have made the characters their own, and the season also begins by very subtly laying some important groundwork for the future of their possible romantic entanglement.

In many ways, season two’s premiere is a testament to the fact that introducing all of Batman’s rogues in season one would have been a bad idea. The sophomore season is venturing into slightly new environs, but the show’s basic formula of having classic DC characters show up and say a bunch of lewd things to one another remains more or less the same. But because so many of the faces coming this season like Mr. Freeze (Alfred Molina) and Catwoman (Sanaa Lathan) are new, Harley Quinn‘s able to keep feeling fresh as its cast of villains maim and murder one another.

Based solely on the premiere, it’d be fair to say that Harley Quinn‘s second season is more of the same, which is to say that it’s still sharp, filthy, fast-paced, and more heartfelt than you might be inclined to give it credit for. Given how wild things got the first time around, it’s safe to assume that this season’s only going to get weirder as it progresses and more characters are introduced, because Harley’s gotten herself right back into the thick of trouble, and it’s going to be hell to claw her way back out of it.