I do not do well with spiders. People tell me that I am a very large person and spiders are very small, but that just means more of them can fit on my body at once. Since I became paralysed from the chest down in 2018, my fear has gotten worse. There could be spiders all over my legs right now and I wouldn’t know it.

Animal Crossing: New Horizons, the cool new game everyone is playing because the alternative is thinking about what’s going on outside, has spiders in it. Big, hairy spiders. Unlike many other in-game creepy crawlies, the tarantula is not timid. It will not run if you get close. It rears up on its hind legs, assuming an aggressive stance, and begins to hunt the greatest game of all: you.

Here are the choices I have if I encounter a tarantula in New Horizons. I can try to run, emphasis on the “try”. These bastards are consummate hunters. They pursue. They flank. Should they catch me, and they will, I wake up at my house with no recollection of how I got there or how many spider eggs are eventually going to hatch inside me. The hell, Animal Crossing?

The other option is to pull out my trusty net and trap the furry little murder bug. That would be fine, but instead of jumping up and down on the net until all is quiet except the ferocious beating of my terrified heart, my avatar, who may or may not be The Iron Sheikh, reaches into the net and pulls the spider out with his bare hands. 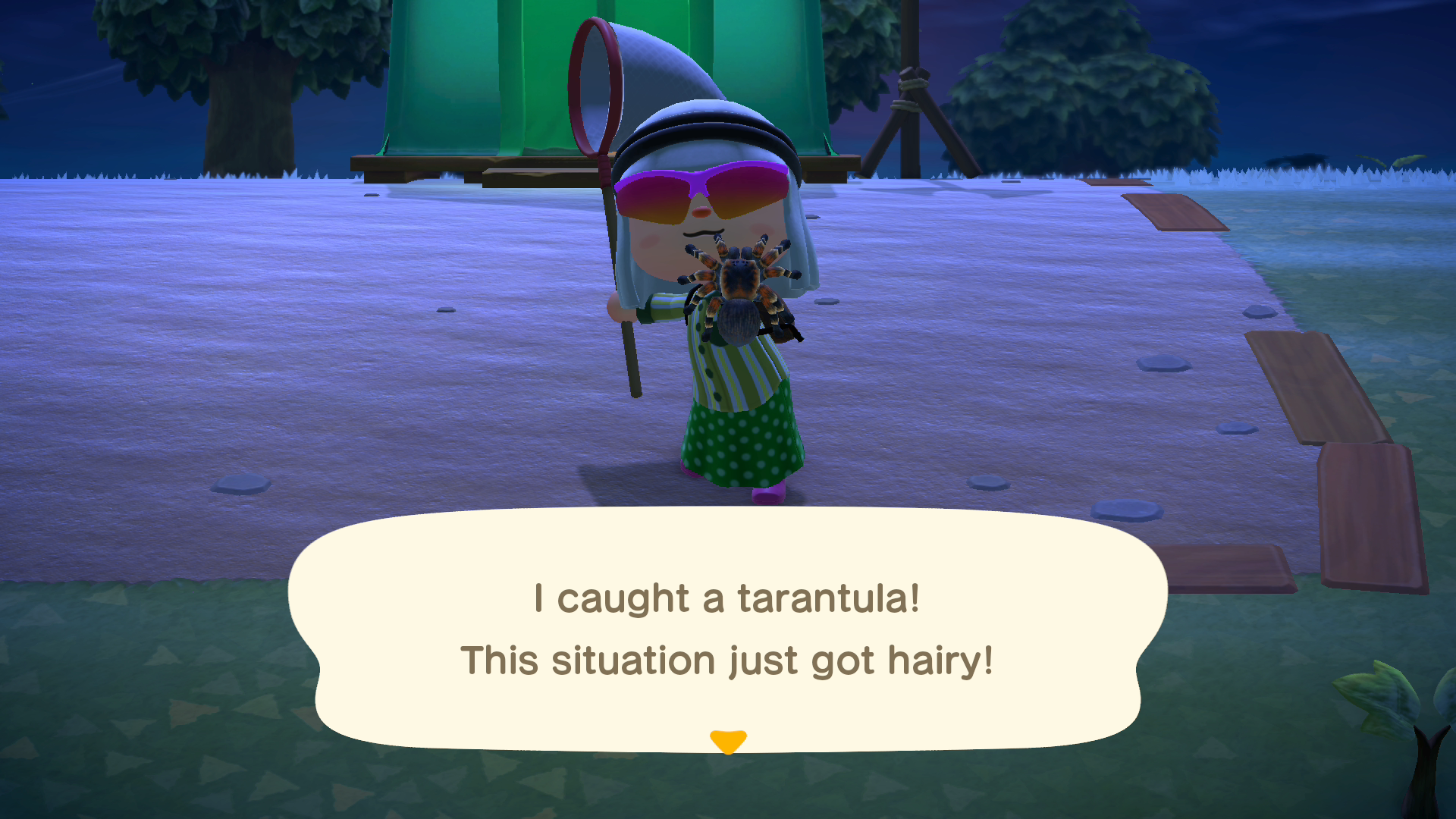 You go to hell, Animal Crossing.