How To Get Access To Over 700 VR Games, Like Arizona Sunshine And Creed: Rise To Glory, For Free With the upcoming release of Half-Life: Alyx it seems like a lot of folks are buying VR headsets or dusting off their old ones. But we still have a few weeks left before Alyx is released, so you probably need something to play. You might even be stuck at home because of the virus. So I recommend setting up a Viveport Infinity free trial.

What is Viveport? While it is a silly name, it is also essentially HTC’s own VR game store and launcher. But it works natively with SteamVR and OpenVR headsets. So even if you don’t own a Vive HMD, you can download it and use the app with other headsets, like the Index.

But why would you? Well because Viveport has a nifty subscription service called Infinity and it lets you play over 700 VR games for one monthly fee of $US12 ($19). And new users get a two-week free trial, which is what I’m currently using.

One of the big problems with VR is that a lot of VR games aren’t great or might not be something you want to play for days and days. A lot of virtual reality content is stuff you boot up once or twice and then never again. Viveport Infinity has let me jump around over a dozen games without spending a dollar. And even when my trial ends, $17.99 a month to access a growing library of VR games and apps is a solid deal. 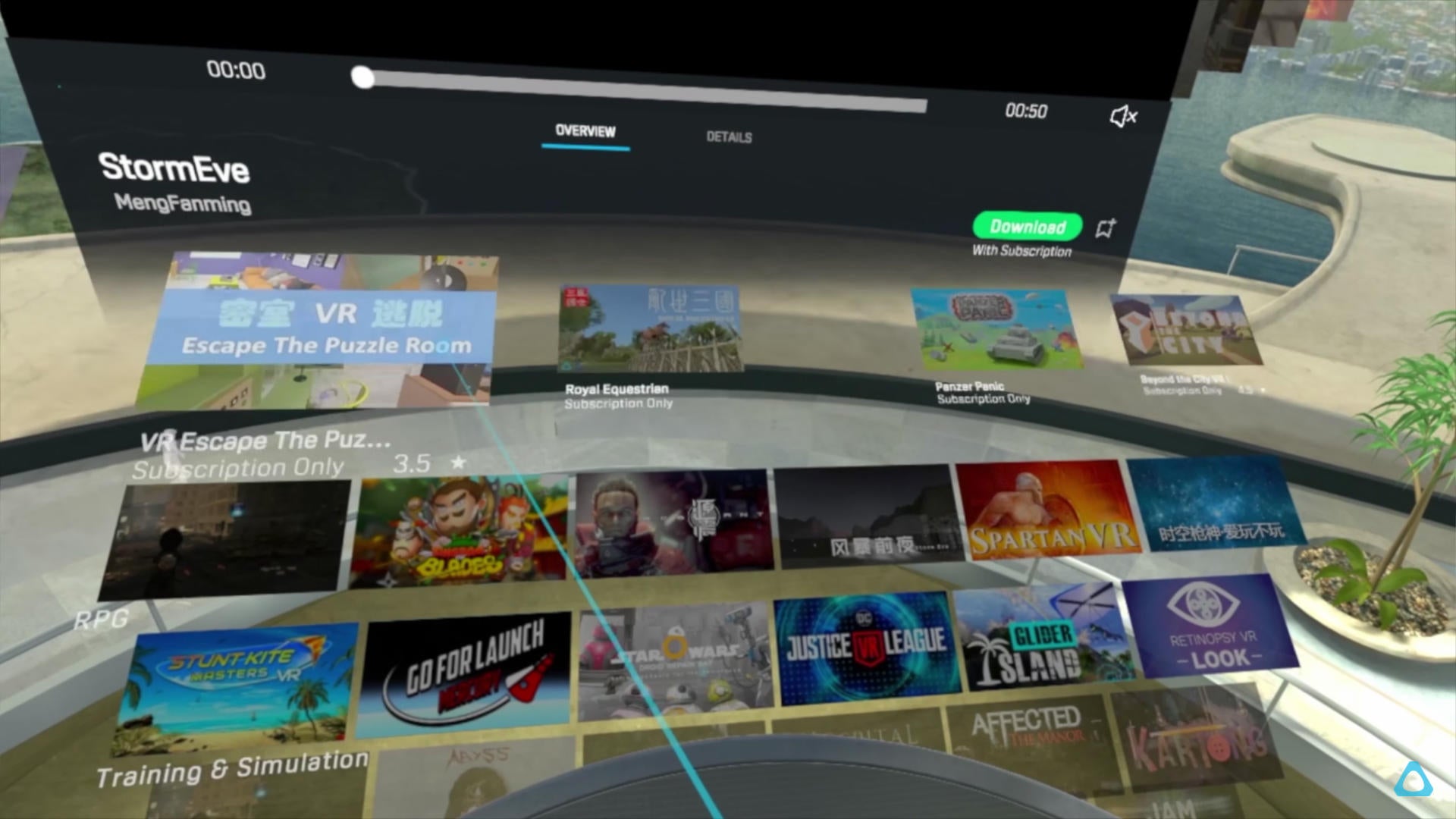 The Viveport software has also greatly improved over the last year. If you look up Viveport you might find Reddit posts or Tweets complaining about crashing. I haven’t had any issues so far and games download and install quickly. I will warn you that using the menus and exploring content in Viveport feels jankier than my experiences with Steam. But considering the games I now have access to for nothing, it’s tolerable.

If you end up liking any of the games available via Infinity, you can buy them and play them later without a subscription. (You can also try them here and buy them on Steam if you want.) The whole thing works very similarly to Game Pass on Xbox and Windows.

Something to remember is that, like Netflix, it seems HTC has stuffed the service with more quantity than quality. There are a lot of bad games and apps available on Infinity. So to help you find some good stuff, here’s a little list of some of the first games you should grab once you start your Infinity free trial.

Ritchie’s Plank Experience – If you are afraid of heights, get your friends to try this one out. Watching people freak out in VR is always funny.

I Expect You To Die -If you are looking for something to play sitting down, this is a perfect choice. Think 007 meets an escape room.

Fruit Ninja – It turns out using swords to cut stuff up is a blast in VR.

Creed: Rise To Glory – One of the best VR boxing games out there.

Tilt Brush – One of my favourite paintings and sculpting VR apps. I can’t create anything amazing, but I still have a good time using Tilt Brush.