‘I’d Have These Extremely Graphic Dreams’: What It’s Like To Work On Ultra-Violent Games Like Mortal Kombat 11

Mortal Kombat 11 is a brutal game. That’s what you come for ” sensational, over-the-top violence that’s inventive and gratuitous on a level that doesn’t exist anywhere else. It can be shocking in its detail and funny in its execution, but it’s always arresting.

The people who make Mortal Kombat live with the series’ over-the-top violence for much longer than players do. Game development is slow and tedious, and a few frames depicting a man’s face being removed in photorealistic detail can be the result of days and weeks of careful work and research. That work might take a toll, one that’s worth examining as the stories of what it’s like to make the biggest, most popular games continue to come to light.

Here’s one such story, about a developer who worked with the cinematics team for Mortal Kombat 11 and requested anonymity in order to protect their employment prospects. They told Kotaku that they had worked on the game throughout 2018, and spent their days reviewing violent animation work, discussing it with leads, sharing feedback with animators, and generally being surrounded by the kind of bloody real-life research material that creators reference in order to animate video game gore. Within a month, they started feeling the effects.

“I’d have these extremely graphic dreams, very violent,” they told Kotaku in a call. “I kinds of just stopped wanting to go to sleep, so I’d just keep myself awake for days at a time, to avoid sleeping.”

Eventually, the developer says they saw a therapist, who diagnosed them with PTSD. They attribute this to their work on MK11 – not just the content of the game and having to process and discuss its violent cinematics frame by frame, but also being surrounded by the reference materials artists used for research.

“You’d walk around the office and one guy would be watching hangings on YouTube, another guy would be looking at pictures of murder victims, someone else would be watching a video of a cow being slaughtered,” they said. “The scary part was always the point at which new people on the project got used to it. And I definitely hit that point.”

While Mortal Kombat 11 publisher Warner Bros. Games and developer NetherRealm declined to respond to a request for comment for this story, back in January, art director Steve Beran spoke to Kotaku’s Nathan Grayson about the work that goes into crafting the game’s fatalities, and the effect it might have on developers.

On the one hand, it’s disconcertingly nonchalant. “We do a lot of testing of, like, how liquid will land on carpet, how it’ll react on dirt,” he said. “And we do tests and talk about them like “˜Does that look how you’d think it would look?’… If I get blood on my shirt, it’s gonna get dark, so it needs to react appropriately. Our tech artists dig into that and make it look very real.”

On the other, there’s a level of remove: “I hate to keep saying this, but I think it’s more just the beats to me,” he said. “It’s not so much what’s happening. It’s more just the animations.”

That dissociation is the tradeoff when it comes to violence in the age of photorealistic games and unparalleled processing power, causing onlookers to wring their hands about video game content as developers now find themselves with the tools to craft anatomically correct dismemberments.

“As a mechanic, it’s basically perfect,” said Alex Hutchinson when asked about violence in video games. Hutchinson is a game director whose work spans the entire spectrum of video game violence, from the potentially pacifistic Spore to the far bloodier Assassin’s Creed 3 and Far Cry 4.

“You have a clear goal. It’s exciting because there’s a risk/reward ” you win, they die. You lose, you die. So you’re afraid, and you can lose things. It’s usually spectacular because you’re shooting a gun or swinging swords, you get great feedback. You can even see this in pseudo-gun combat mechanics, like camera mechanics. Because that has everything that guns have”that’s why Pokémon Snap is so satisfying.” 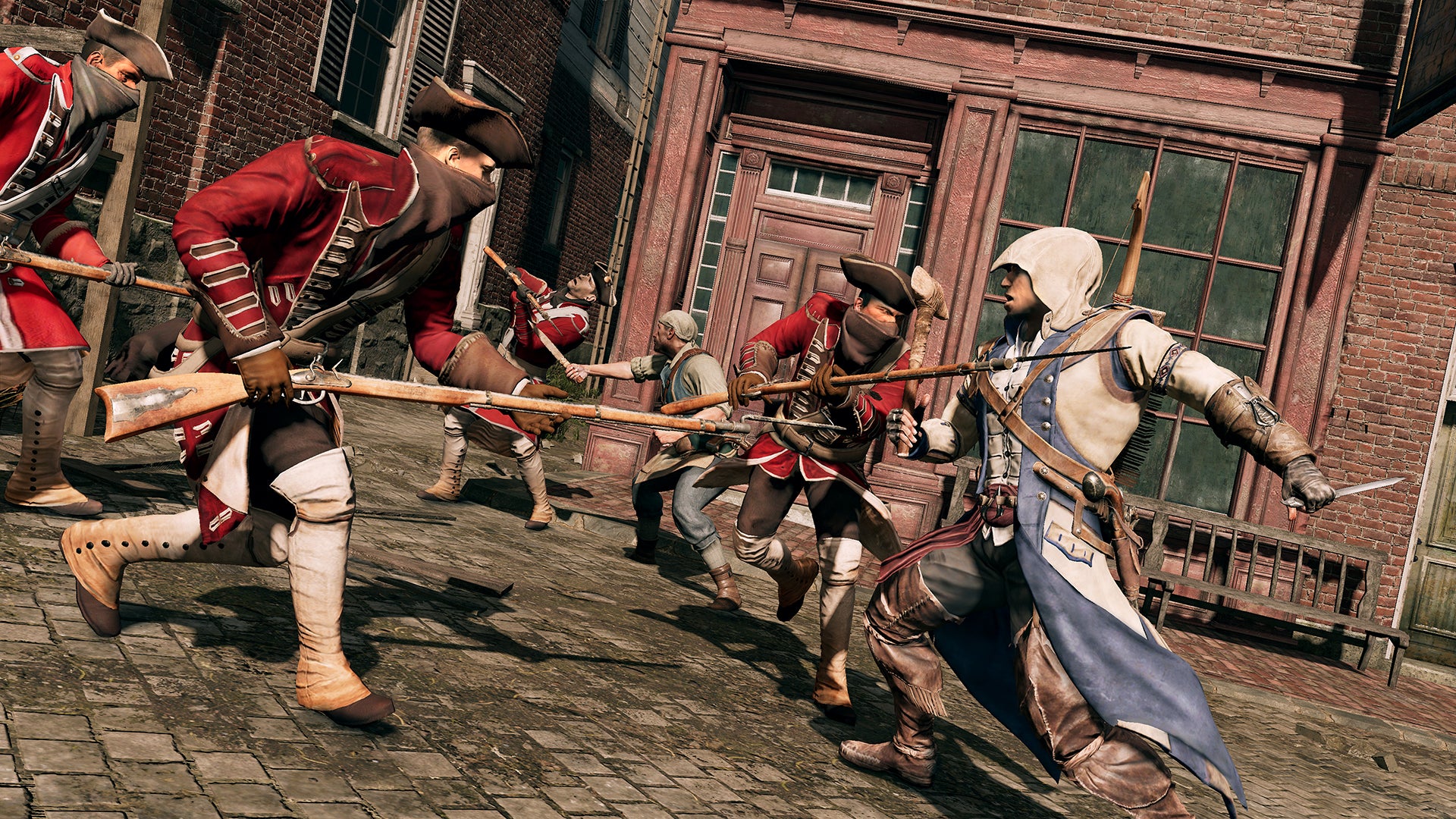 Hutchinson said he spends a lot of time thinking about how those who don’t game might perceive violence, arguing that the sensory feedback you get from interacting with the game ” the thrill of winning, and fear of losing ” does a lot of work to make graphic violence abstract in nature.

Observers can’t quite understand that in the same way, and might therefore be more repelled by the bloody images they’re seeing on screen, Hutchinson said. But he’s not insensitive to the occupational hazards of having to depict violence.

“I think as realism improves, it’s more of a danger,” Hutchinson said. “The fidelity of the assets you deal with, and the world you’re building”it’s more likely. We had some friends out here working on Outlast. I don’t think he was upset, but the character artist was joking that he’d spent a lot of time modelling dead babies, and it wasn’t his favourite moment, you know?”

“Mortal Kombat is….it’s Mortal Kombat,” the anonymous cinematics developer who had graphic dreams told me. “You start to feel like an idiot for thinking about what the impact of working on that game has been on yourself. Other people I’ve talked to have been like, “˜I know what I’m working on, I know what I’ve gotten myself into here.’ And you start to blame yourself for being shitty or weak or spineless.”

The developer felt that management’s top-level perspective made it seem like they were less immersed in the details of the violent content than the animators that reported to them. Bosses would joke about and compliment well-done scenes of violence, the developer said ” a desirable outcome in most environments, but when working on violence is starting to affect you, the dynamic gets complicated.

Meetings with this developer’s boss involved discussing “how this spine extraction scene is going, and making sure you can feel the pop when the spine is ripped out from the rest of the body,” they said.

There was also no formal process, standard procedure, or guidance available from the start for anyone who might need to step back from the violent content, or felt that their work was starting to negatively affect them, according to this developer.

All the developer remembers getting was a verbal heads-up during the hiring process, when the interviewer noted that since they were working on a Mortal Kombat game, the work could be “a little violent.”

Eventually, the developer found out about coworkers who had similar problems with the content as they did who also left. One coworker, for example, told them that the toll of working on Mortal Kombat 11 was eliciting horrible images in real life. “When he looks at his dog, he just sees the guts inside of it, and he couldn’t look at his dog without imagining all of the viscera.”

“We’ve talked a lot about how the end product isn’t so damaging as people make it out to be, and I tend to agree with that,” they said, referring to the industry’s acceptance of violent video games. “But I think the process of making these things can be harmful for people. It can cause them to burn out, or lose a sense of self, sometimes. I would hope that something, at least, that developers can do with their coworkers is just start talking to each other about these things. If we’re not solving things, at least having supportive people around, I think, is really crucial.”