A typical Picross puzzle consists of a grid with numbers along the top and left side. Those numbers represent how many grid spaces in each row and column need to be filled in. Players use logic to determine which spaces to fill and which to leave blank. It’s a relaxing mental exercise that all of the best people enjoy.

Depixtion’s 96 puzzles mix up the Picross formula in a couple of ways. As mentioned, each puzzle consists of three layers—red, yellow, and blue—which players can swap between as they please. The second difference is that each colour has a light shade and a dark shade. 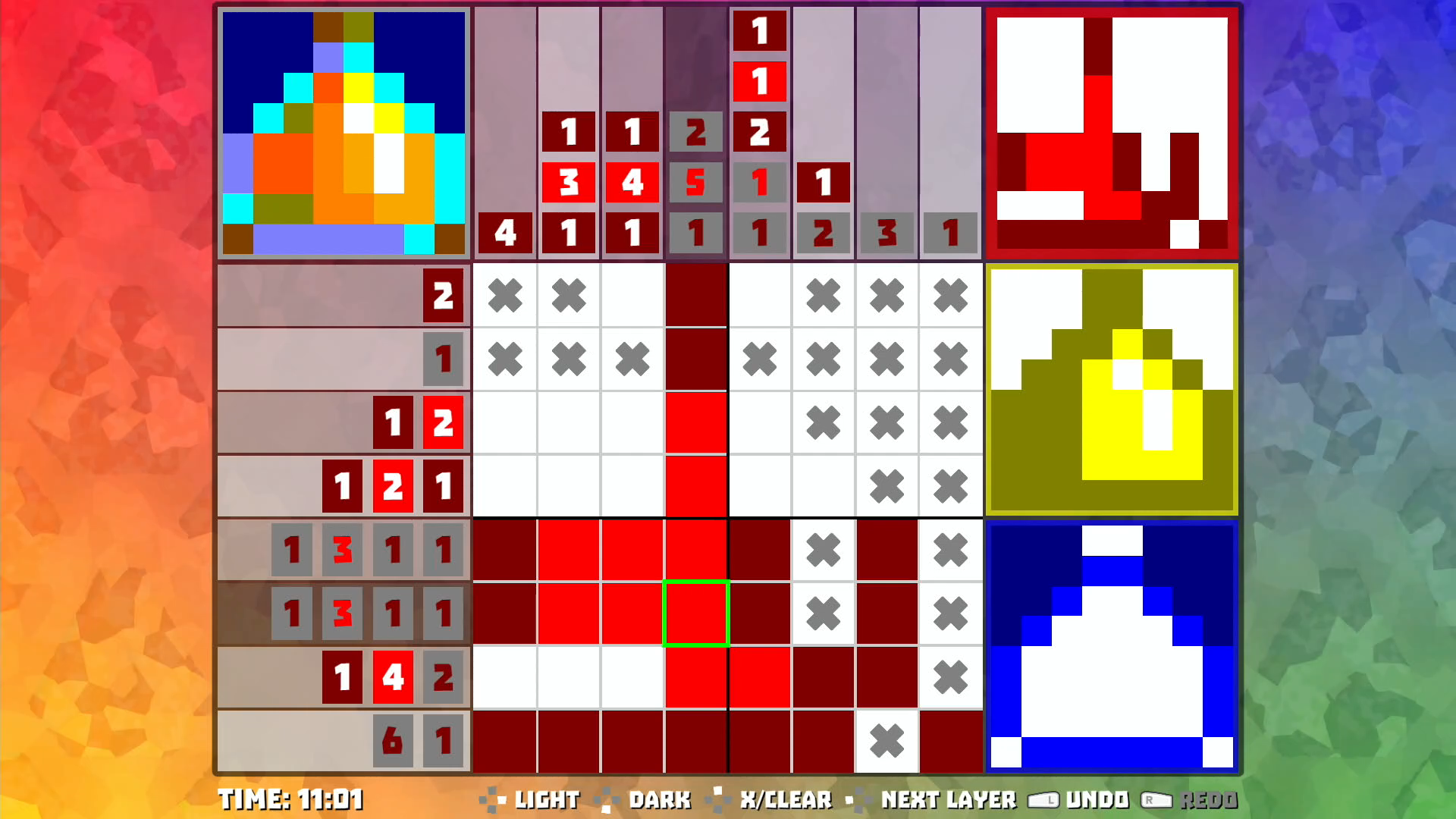 In basic Picross, every number along the side of a column or row represents an isolated set of pixels. An eight space wide row with “3 4″ next to it would have three filled spaces, a blank, and then four more filled spaces. In Depixtion, only similar shades need to be separated by spaces. That same row of eight with a dark three and a light four could very well be seven filled spaces in a row with a blank at the end.

As a lover of all games gridded and numbered, I enjoy the change-up in Depixtion quite a lot. It’s almost as if I can feel my brain switch over to this new logic model with an audible click. I can now look at images like the one below without getting a headache. 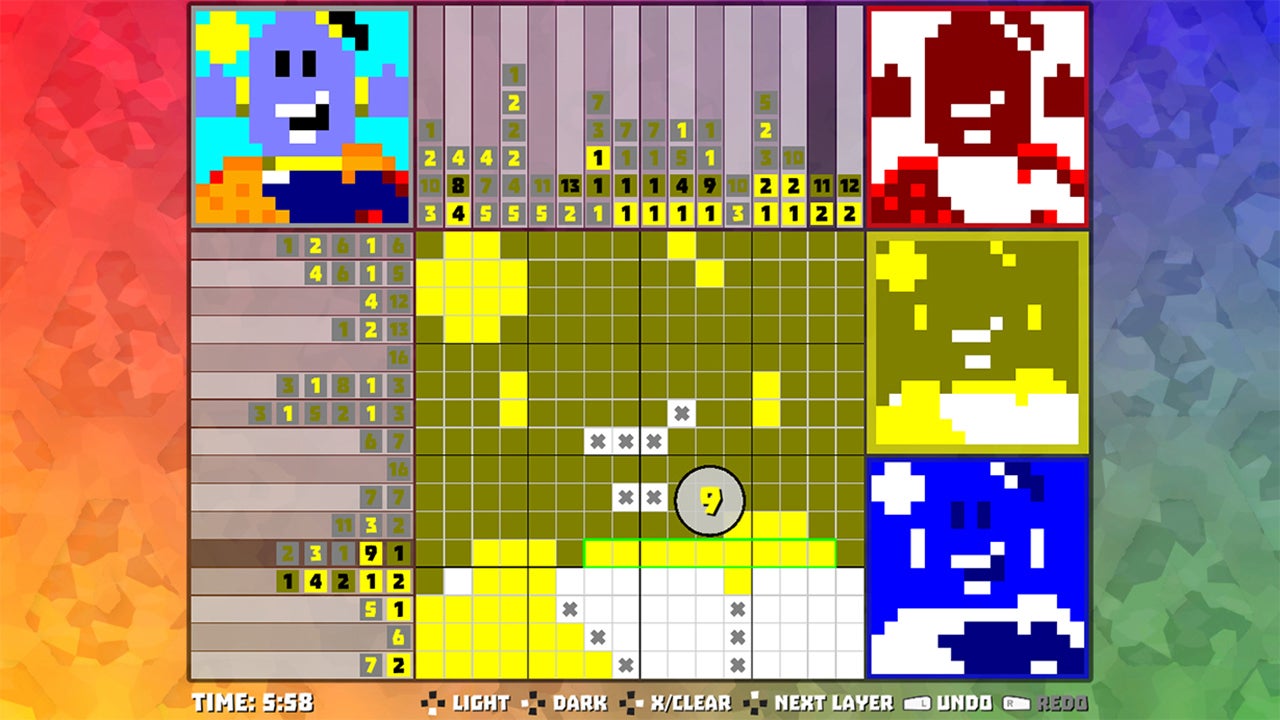