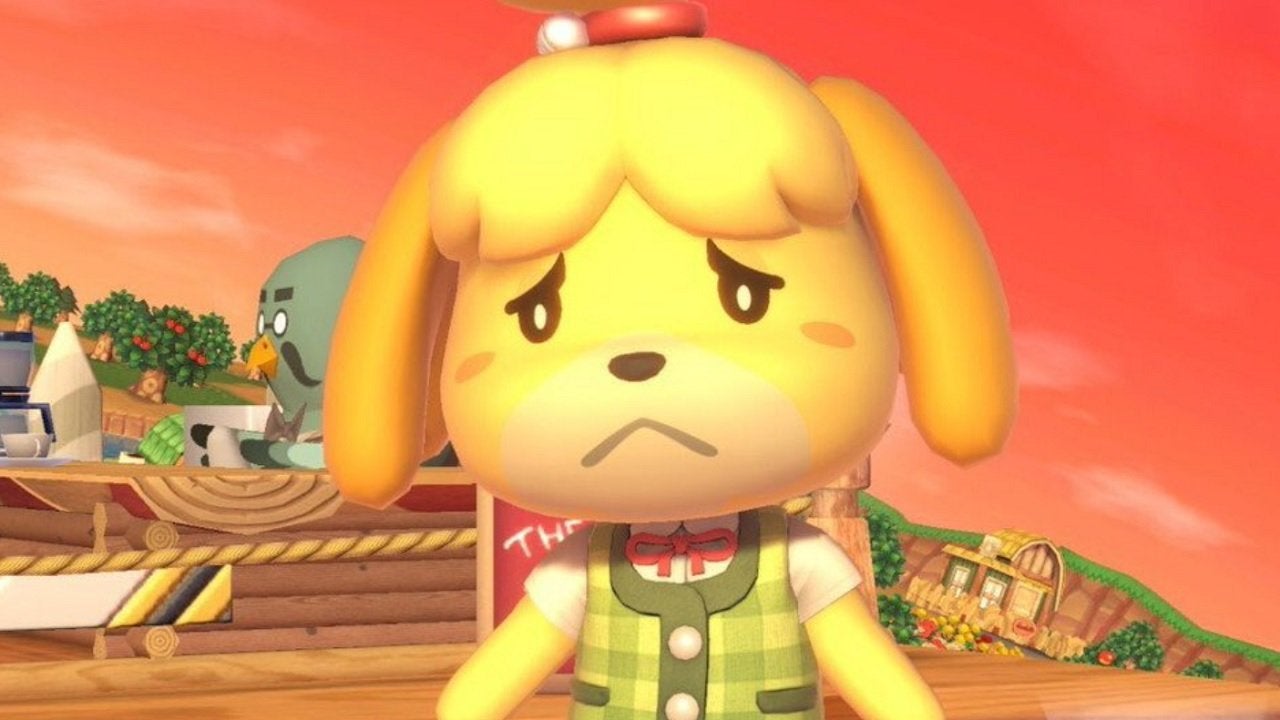 It is important, in these trying times, to take it easy on yourself. That self-critical voice constantly berating you in your head? Turn it down to a whisper. Unfortunately, I am a gigantic dummy incapable of following my own advice. Case in point: I’ve spent the better part of three days (and counting) trying to name my Animal Crossing island.

I did not expect to have this issue. Like everybody else, I boarded the in-game plane, landed on an island, picked up sticks and fruit for Tom Nook, and tried to assemble them into a makeshift guillotine with which to give him the citrus-scented fate he deserves (when that didn’t work, I gave him the sticks and fruit like he originally asked me to). Then, as part of the definitely not-at-all ominous celebration that the Nooks, two neighbours, and I were the only inhabitants of this “deserted” island, Tom Nook asked me to come up with an island name. I froze. The game informed me I would not be able to change the name. I froze even more. I rapidly cycled through half a dozen name ideas in my head. They were all trash. Eventually, I put my Switch into sleep mode and resolved to come back to it the next day.

The next day was not any better. I tried to be loose and spontaneous about it, riffing on punchy puns pertaining to everything from other video games to tarantulas to politics. They were all bad. I am hesitant to share any of them here, but suffice it to say that “Bidensux”—a middle school-level attempt at “GOT ‘EM” humour—was one of the better ones. So then I decided to try the opposite approach: Instead of brainstorming until something came to me, I’d pour over lists of Animal Crossing concepts to divine a more on-topic name. Mostly, I just came up with anti-Nook jokes, but those are already old hat. I knew I could do better. But maybe I was wrong because now it’s today, and I still haven’t come up with a name I like!

I’m gonna try to decorate my house in New Horizons, and I’m just gonna wind up with, like, blank walls stained by spaghetti I don’t remember ever having prepared and a malfunctioning murphy bed that has claimed several lives.

I have named Animal Crossing towns before, in the original Animal Crossing on Gamecube and Animal Crossing: Wild World on Nintendo DS. I have named other things, too. I am not some coward who, for instance, lets all Pokémon keep their default names. I name small creatures with steely-eyed grit, heedless of what the future might hold. In Pokémon Shield, I named a Yamper “Sausage Lad.” It evolved into a larger dog that did not at all look like sausage. This embarrassing gaffe did nothing to shake my resolve. Last week, I started Dragon Quest XI, and I named my hero “BöneChürch.”

But this is different—not because of what Animal Crossing: New Horizons is but because of what it’s come to represent. So many of my friends have deemed it the de facto hangout spot during the era of social distancing. My island is the first foot I’m putting forward in all social interactions for the indefinite future. It’s my living room or my backyard or my outfit, or some combination of all of those. It’s my appearance during a time when I’ve let my real appearance go to shit. It’s an externalization of the internal qualities I most want the world to see.

I know what you’re thinking: Who cares about the name? Just design a cool in-game living space to make up for it. Well, bad news: I’m terrible at interior design. My current real-life bedroom is a purgatorial void containing only my bed and my work desk. My old place’s standout decorations were a pile of clothes and half a horrible red chair that I never finished putting together because Amazon sent me the wrong parts. These days, I have three small houseplants. I’m fairly certain that at least one of them has been dead for two years. I still regularly water it.

Point is, I’m gonna try to decorate my house in New Horizons, and I’m just gonna wind up with, like, blank walls stained by spaghetti I don’t remember ever having prepared and a malfunctioning murphy bed that has claimed several lives. My island’s name has to be perfect—the best in Animal Crossing history—to make up for the mortifying disaster to come. Words are the one thing I’m arguably good at. I can salvage my island, and I will not rest until I have managed to do so.

Anyway, can’t wait to have you all come visit *scans name idea list*—oh no—“Weeb Central” in the coming days.