Knuckle Sandwich Is An RPG Inspired By EarthBound, But Also WarioWare

In Knuckle Sandwich, I stumble into a restaurant and the next thing I know my boss is barking at me to bring customers their burgers. A minute later, after barely passing a customer satisfaction survey, I get jumped in the alleyway while taking out the garbage by a green guy in a leather jacket. A turn-based RPG fight ensues. I kill him. My boss turns him into ground meat and eats him.

This was the opening of the Knuckle Sandwich demo I recently played at PAX East, and it was every bit as weird and steeped in Game Boy Advance nostalgia as I was hoping it would be. Kickstarted in 2018, Knuckle Sandwich plays like a mashup of Mother 3 and WarioWare, Inc.: Mega Microgames! Creator Andrew Brophy told me it was inspired by his experience looking for work in the city in his early 20s, as well as his love of the surreal aesthetic and game logic of older Nintendo games. You play as a young man just struggling to get by when a missing person’s case puts him in the crosshairs of gangs and cults.

There’s no shortage of games inspired by Earthbound out there. A few of them, like YIIK: A Postmodern RPG and Citizens of Earth, I’ve played and found seriously wanting. But Knuckle Sandwich’s excellent demo has me hopeful it will be different. While the sprites and backgrounds look great, and the dialogue is clever and bizarre, its mini-games really steal the show.

Combat is set up like a standard turn-based RPG. You can choose to attack, defend, use items or deploy special abilities that cost magic points. Once an attack is underway, things switch to a mini-game similar to Undertale. The most basic ones require pressing a button at the right time to dodge an incoming attack or get a critical strike. Others require you to blow up a ship as if you were playing a round of Galaga or shine a flashlight in the dark at zombies who are trying to bum rush you. 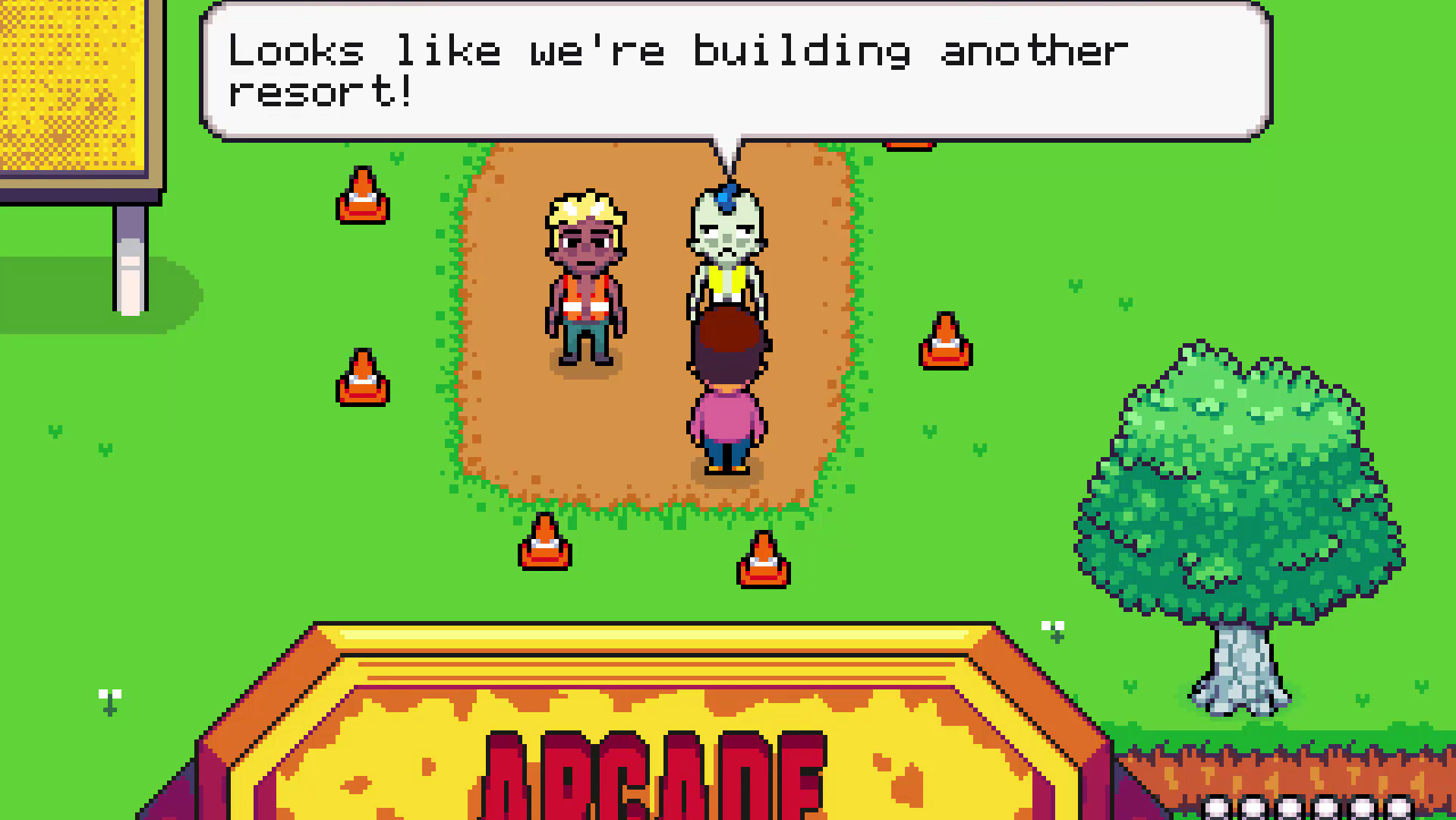 Battles feel like a party where Wario keeps yelling at everyone to play weird games, only if you lose you end up taking a bunch of extra damage, and if you keep losing you eventually die. Your average random encounters with enemies can take a while to wrap-up as a result, but they’re also a lot more engaging than just mashing the attack button.

The demo only included one section of story and one small dungeon, but what I saw of both made it look like Knuckle Sandwich is on the right track. Brophy told me he expects the finished game to run between five and 10 hours and to have just north of 100 unique mini-games. The game is currently scheduled to come to PC later this year.