Daigo Umehara is one of the greatest Street Fighter players ever. But did you know that’s not his only game? Turns out he’s also very good at Uno. That’s right, Uno.

Here is in a Twitch Japan online invitational tournament called Twitch Streamer Battle: Uno. Sixteen players started out, and Umehara made it to the last round. 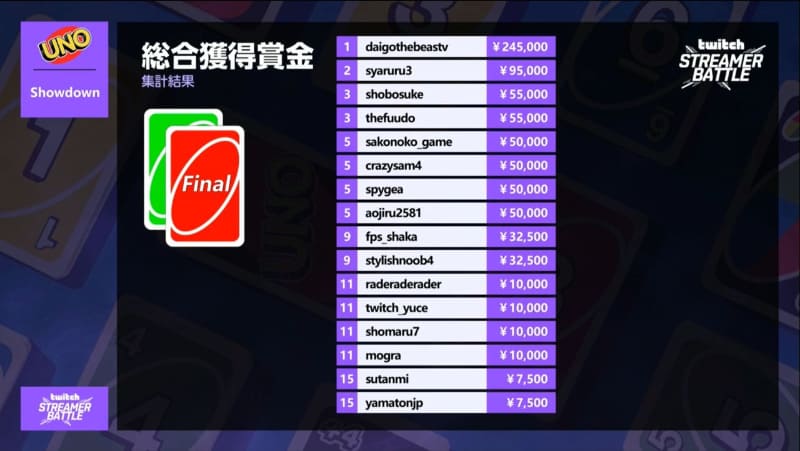 Congrats to Daigo, the Uno beast!