If you had any interest in Lego in the early “˜90s, there is little doubt you owned the Black Seas Barracuda: the crown jewel of Lego’s original Pirates line that’s oft considered one of the best sets of all time. Thirty years later, the toymaker is finally reviving the ship with a new Pirates set inspired by a Lego fan’s creation.

The Pirates of Barracuda Bay playset, born from the Lego Ideas incubator”which encourages fans to submit their own builds to be potentially turned into a real set one day”isn’t an exact copy of the original Black Seas Barracuda. It instead puts a unique twist on the ship, allowing fans to build a 2,545-piece shipwreck island where the Barracuda has presumably run aground, stranding its crew and forcing them to cannibalise the boat to build living quarters, a food and supply dock, and what appears to be one impressively fun jungle gym. 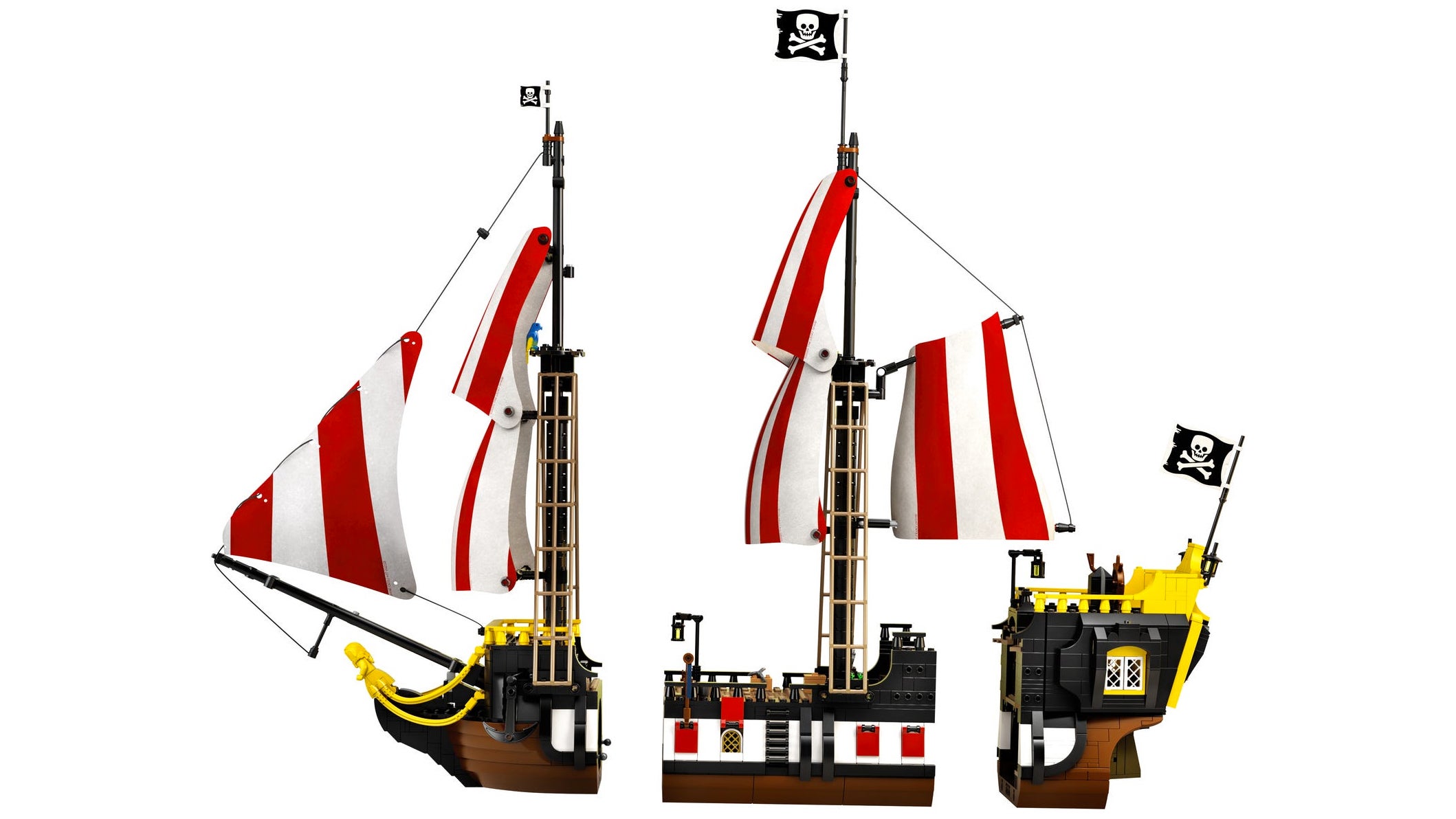 The set comes with eight minifigures, including legendary Lego pirate Captain Redbeard with his peg leg, hook hand, and eye patch, and a couple of skeletons. Because who has time to bury corpses when you’re pillaging the south seas?

The set’s best feature, however, is that the ship’s wreckage is designed to be modular, allowing the island fortress to be disassembled, and rebuilt into an updated seaworthy version of the original Black Seas Barracuda.

Lego promises the set will be available on April 1 (no fools!) for $299.99, at which point you can presumably pre-order it. But given the complications around the world which have affected manufacturing and shipping, you might have to be a little patient waiting for this one to arrive.