Capcom’s Resident Evil 3 remaster wasn’t supposed to launch until next Friday Australian time. But if you were hoping to stay unspoiled for the experience, bad news. Gamers in France have been getting their hands on final versions of the game after a retailer broke street date by almost a whole fortnight, resulting in social media and Twitch being flooded with videos.

Screenshots of various sections of the game, as well as videos of various segments. Forums like 4chan, NeoGAF and the Resident Evil subreddit are already full of little details, including the sizes of various areas, what the nemesis phases look like, changes in the remaster from the original, the list of game’s trophies and more.

At the time of writing, videos are still live on YouTube showing off Resident Evil: Resistance, the asymmetrical multiplayer game that ships with the Resident Evil 3 remake.

The leaks are pretty substantial, so if you want to avoid any spoilers you’ll want to start setting block words and filters on your social media channels. In the meantime, you might as well mess around with the Resident Evil 3: Raccoon City Demo, which dropped on Steam last week. It’s shaping up to be another cracking remaster, and the added dodge and improvement make a massive difference.

And no, you can’t just run from Nemesis. Find a safezone, STAT.

If there’s one thing that scares the crap out of me, it’s Resident Evil 3’s implacable Nemesis. Even since his original appearance on the PlayStation in 1999, he’s always been my favourite video game monster. As the remake approaches, a new demo is here to show off how Nemesis will be scarier than ever. 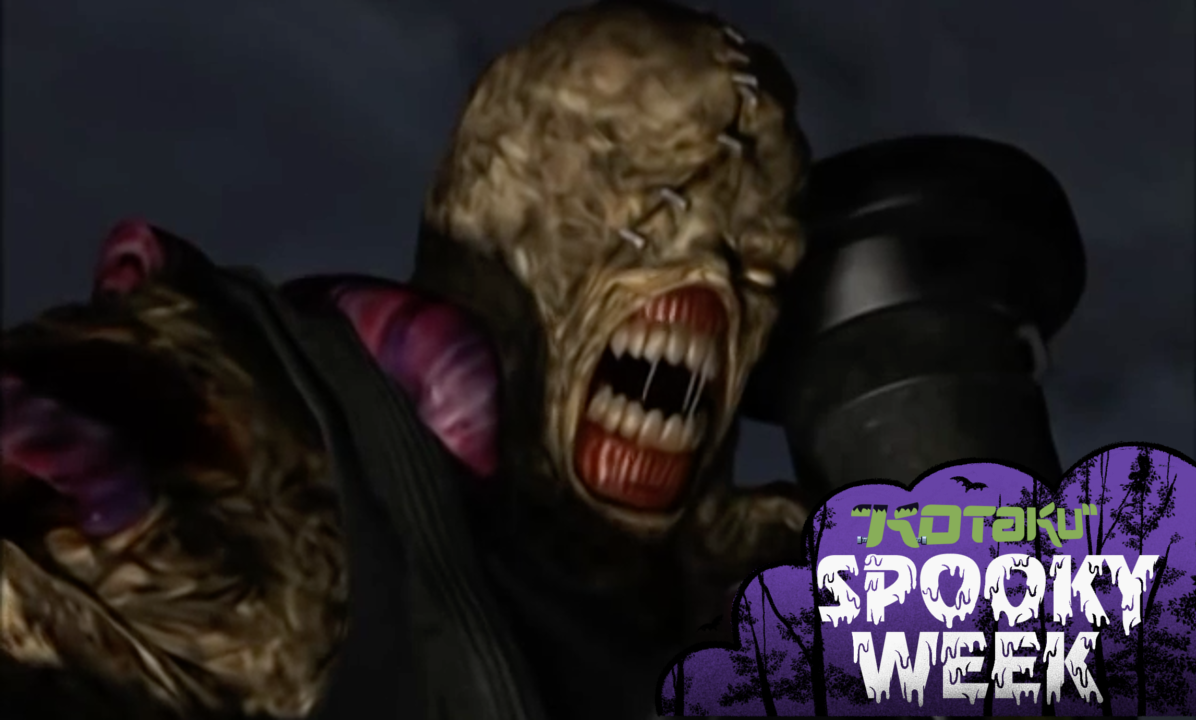 Resident Evil is the zombie horror game, but its shambling corpses are slow and easy to avoid. To reinvigorate the series, Resident Evil 3: Nemesis created an unpredictable nightmare man who attacked with terrifying speed. It robbed players of their sense of control, and in doing so created one of gaming's scariest monsters.