Every Pokemon is interesting and worth talking about. I don’t play a ton of Pokemon, but I do enjoy the universe and I love learning more about the creatures in it. So, Here’s Another Pokemon! It’s Malamar!

I’ve always been fascinated by and a bit creeped out by squids. They look so strange and cool, but they are also extremely smart and can be dangerous. I remember a weird show on Animal Planet suggested that in 200 million years they would evolve to take our place as the smartest animals on the planet. So Malamar is like my feelings on squids recreated in a single creature. It looks wild, it seems dangerous and I’m a bit scared to be around it.

Malamar is a large Pokemon that appears to be an upside-down squid. This seems to be a reference to its evolution. To evolve an Inkay into a Malamar, players must flip over their 3DS. Like Inkay, Malamar also has psychic abilities. But Malamar’s powers are much stronger than its predecessor. In fact, according to information from Bulbapedia, Malamar possesses the strongest hypnotic powers of any known Pokemon. Now to be fair, that’s a hard thing to measure, but if it is true, that would make Malamar one of the most dangerous and powerful creatures in the world. 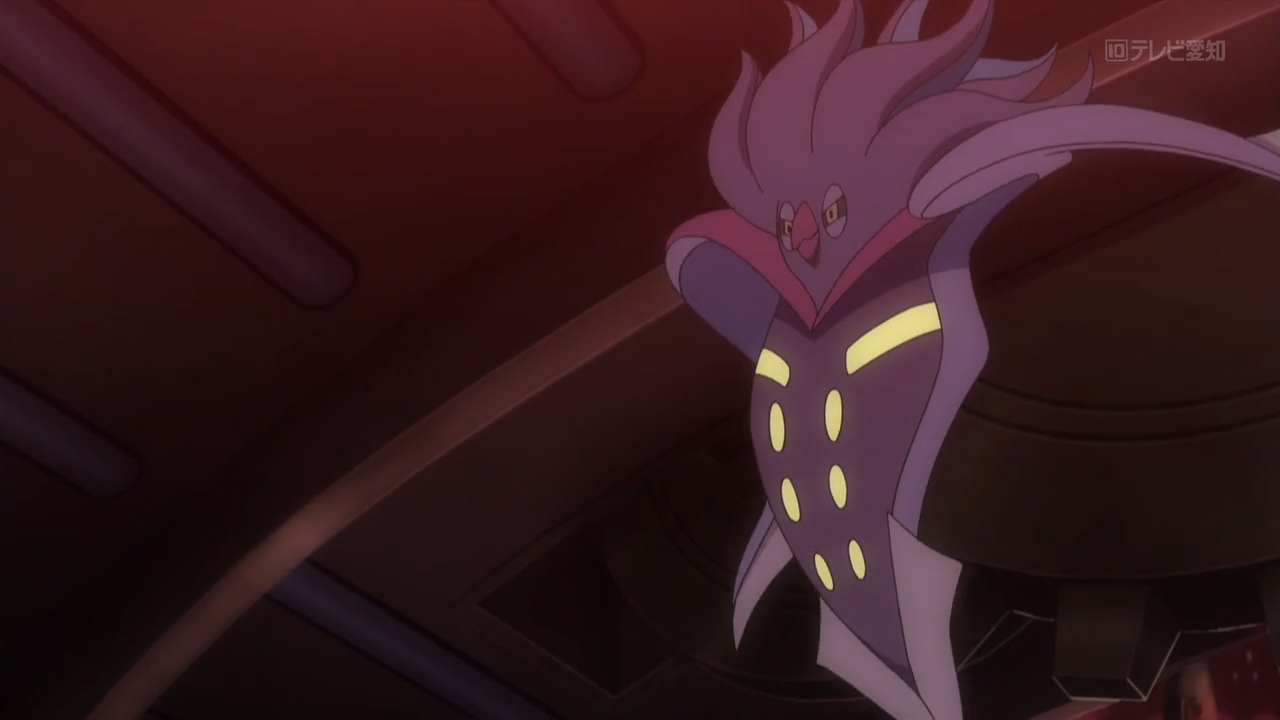 And Malamar has used this power, but not always for good. One recent Pokedex entry even claims that this giant squid has actually changed the course of history. No specific events or moments are shared, but the idea that this weird squid creature has probably caused a war or two is a weird thing to think about. Is Malamar a war criminal?

In Malamar’s defence, many evil and terrible people have used the creature and its powers to do nefarious things. I mean, I’m not actually sure how that works. Do you just point a gun at a Malamar and say stuff like “Take over the prime minister and tell him to cancel all peace talks.” It seems like a stretch. And there is evidence in the Pokemon universe of evil Malamar. In one episode of the anime, an evil Malamar controls multiple people and Pokemon before eventually escaping. Which is scary to think about. An evil, giant squid with powers is roaming around. Watch out, folks! 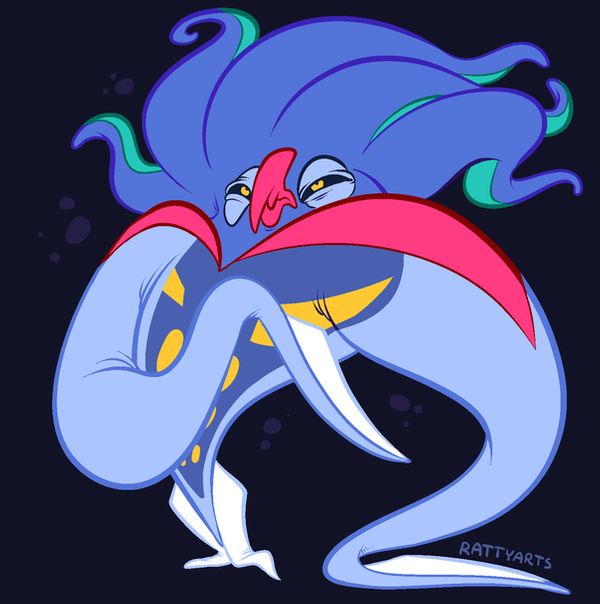 A wonderful cartoony render of Malamar that makes them seem like a villain from Ren & Stimpy.

Wonder if a Smoochum’s trainer freaks out when they are in a public restroom and it starts licking and kissing the toilet flush handle.

Why are you bringing your Pokemon into the bathroom, outside of their Pokeball? I have some questions for that trainer.