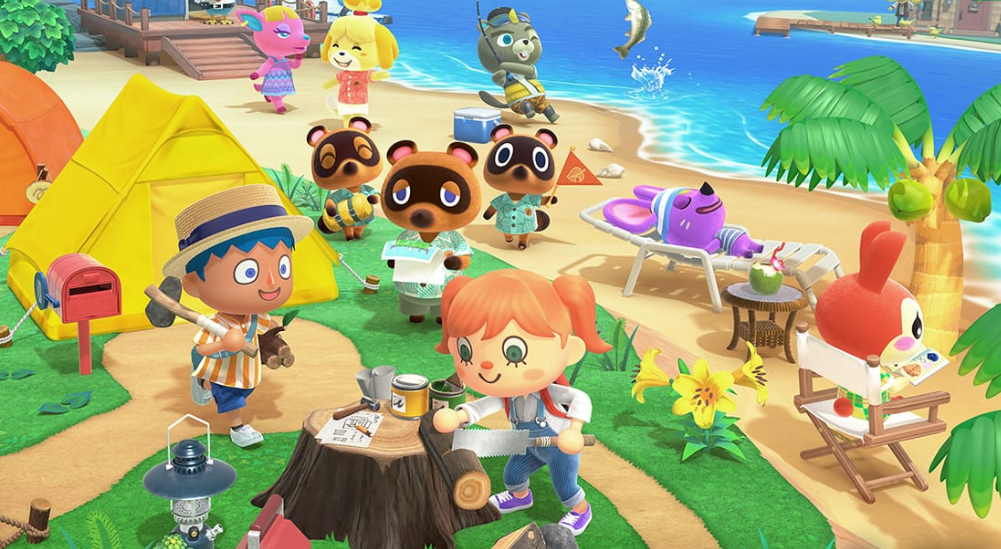 Anyone who speaks Japanese and has spent time in the country has heard it: nihongo ga ojouzu (“Your Japanese is good”). Even Animal Crossing isn’t safe from this inevitable and dreaded compliment.

That’s exactly what happens in Animal Crossing: New Horizons if you play the game in Japanese. Below is a screenshot from a North American player:

omfg, if you say your country is not Japan, but youplay in japanese, they compliment you on it!! #AnimalCrossing pic.twitter.com/aIbnLaW6Rj

So what’s the deal? That’s a nice thing for Animal Crossing to say, no? Let me explain. No, actually, let YouTuber Dogen explain:

The inference is that the complement is ultimately backhanded. Once you speak better (well, as Dogen jokes, at least as good as a first grader), you won’t be told your Japanese is so jouzu (good).

Among non-Japanese, to get the jouzu compliment has become a bit of a meme and referred to as being jouzu’ed or ojouzu’ed. The nihongo-ga-ojouzu flattery seems to be typically given out for uttering anything whatsoever in Japanese. Say a basic greeting, you’ll get a jouzu. Barely open your mouth, smile or nod and you still might get jouzu’ed. Honestly, the compliment really doesn’t mean that your Japanese is good. There are exceptions, depending on the person and the intent, and often, it can be nothing more than meaningless small talk with zero ill-will whatsoever. But if someone tells you your Japanese is good, take it with a grain of salt.

Instead, say something far more complicated and involved (or have ok enough pronunciation), and you’ll get a how-long-have-you-lived-here question. If it’s a long time, you’ll inevitably get, “Oh that’s why (you speak good Japanese.)“

There are multiple bulletin board threads on how to deal with nihongo ga ojouzu (here, here and here, for example), because these remarks can feel like Pavlovian responses. Hear a foreigner speak something—anything—in Japanese, say “jouzu.”

Japanese people tend to downplay compliments, so to be fair to the other person, even if being jouzu’ed can be a bit awkward and even dreaded, it’s probably best (and most polite) to reply with humility, humour and warmth.

Remember, most people aren’t actually trying to be condescending, so just make sure to handle the situation jouzu.

In case you missed it, you can read Kotaku’s Animal Crossing: New Horizons review right here.