Roundguard Is A Fantasy RPG Powered By Peggle

Launching on Steam, Switch, and Xbox One on Friday the 13th (and PS4 later), Roundguard is basically Peggle turned into a dungeon-crawling role-playing game. A ball-bouncing roguelike, if you will. In other words, it’s my jam. 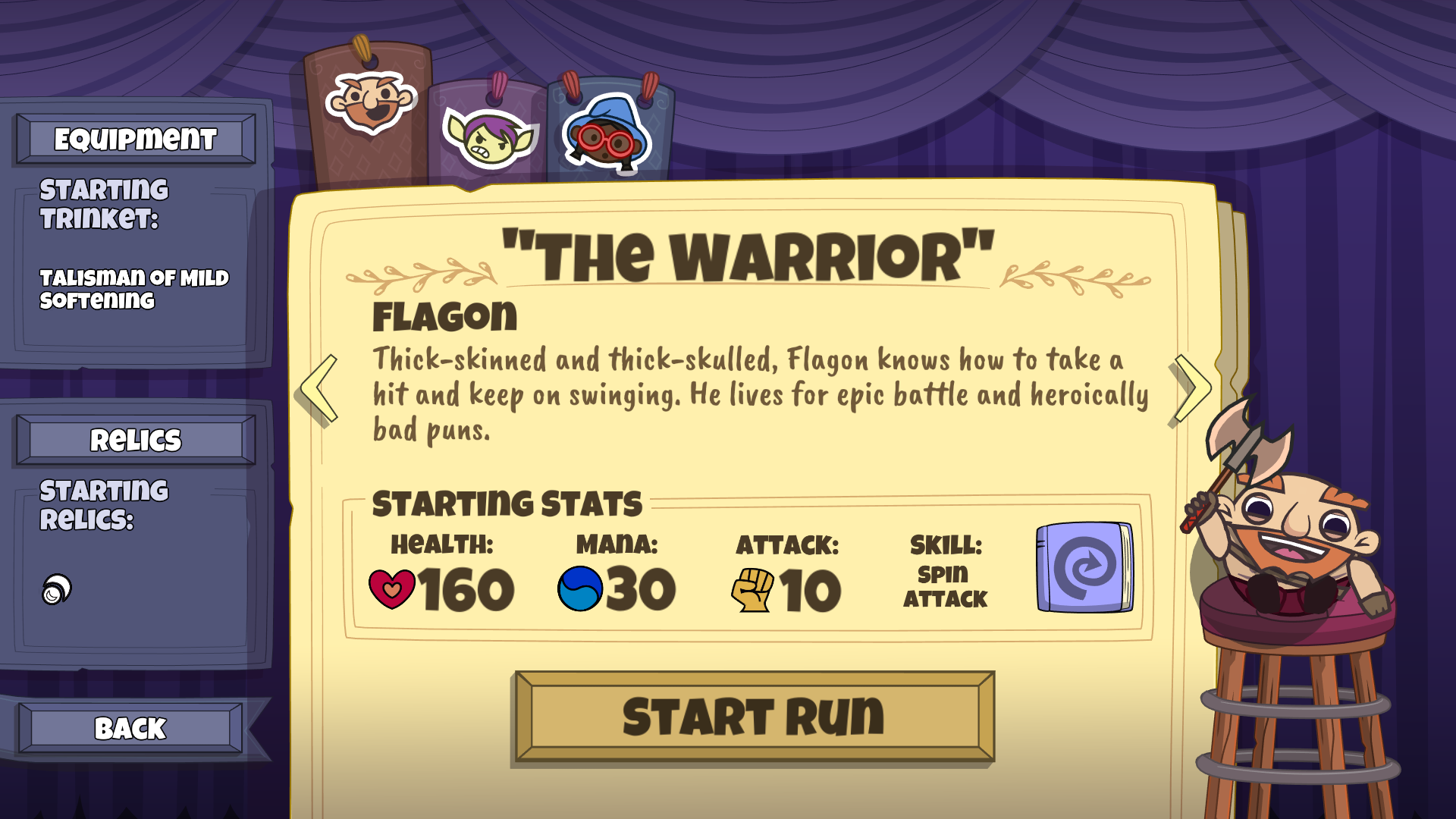 Players choose one of three classes, rogue, warrior, or wizard, each with a particular set of skills that makes them a nightmare for creatures like spiders, skellingtons, orcs, and the odd beholder. The rounded adventurers are fired into the fray, bouncing off treasure, potions, and the aforementioned fantasy creatures. When a creature is hit, the player’s character does damage but also takes damage. Bouncing off healing potions is essential for adventuring success.

Each character is aided by skills and equipment randomly awarded as they advance through the dungeon. The rogue, my favourite character, gets a “double jump” skill that allows her to use mana to redirect her trajectory in mid-flight. Randomised equipment also aids in adventuring, adding extra damage and other beneficial buffs or affecting enemies adversely.

Roundguard is a clever concept implemented in a charming fashion. It takes a relatively harmless casual classic and gives it extra teeth. Don’t worry, the points have been rounded off.