Xbox Cloud Gaming Is a Wonder, Until I Tried Halo

The RTX 3090 Reviews Are Very Mixed About Those 8K Gaming...

The 7 Most Essential Sims 4 Gameplay Mods

The Sims 4 is a great game, in part because of its thriving mod community. You can use mods to give your Sims eyelashes, expand your makeup options, or get luxurious new furniture. You can even alter the fundamental gameplay, and here are the 7 essential mods that will let you do just that.


This article has been updated since its original publication.

I currently have over 700 Sims 4 mods installed right now. Itâ€™s hard to resist, because modding Sims 4 is so easy: all you have to do is download the mod and drop it into the folder called â€œModsâ€ that EA helpfully puts in every copy of the game. The Simsâ€™ team has even provided a forum for modders and mod enthusiasts to talk about that they want to do and what theyâ€™re looking for, and to troubleshoot their builds.

Given how easy it is to mod Sims 4, the scene is robust. Itâ€™s easy to get overwhelmed and not be able to find what youâ€™re looking for. This will be the first in a series about the essential Sims mods that most players will find useful, and Iâ€™ve tested all these mods to make sure none of them conflict with each other. To begin with, Iâ€™m looking at mods that change the way the game works. Some do some fine-tuned background work. Others overhaul core systems. All of them make The Sims 4 even more fun. 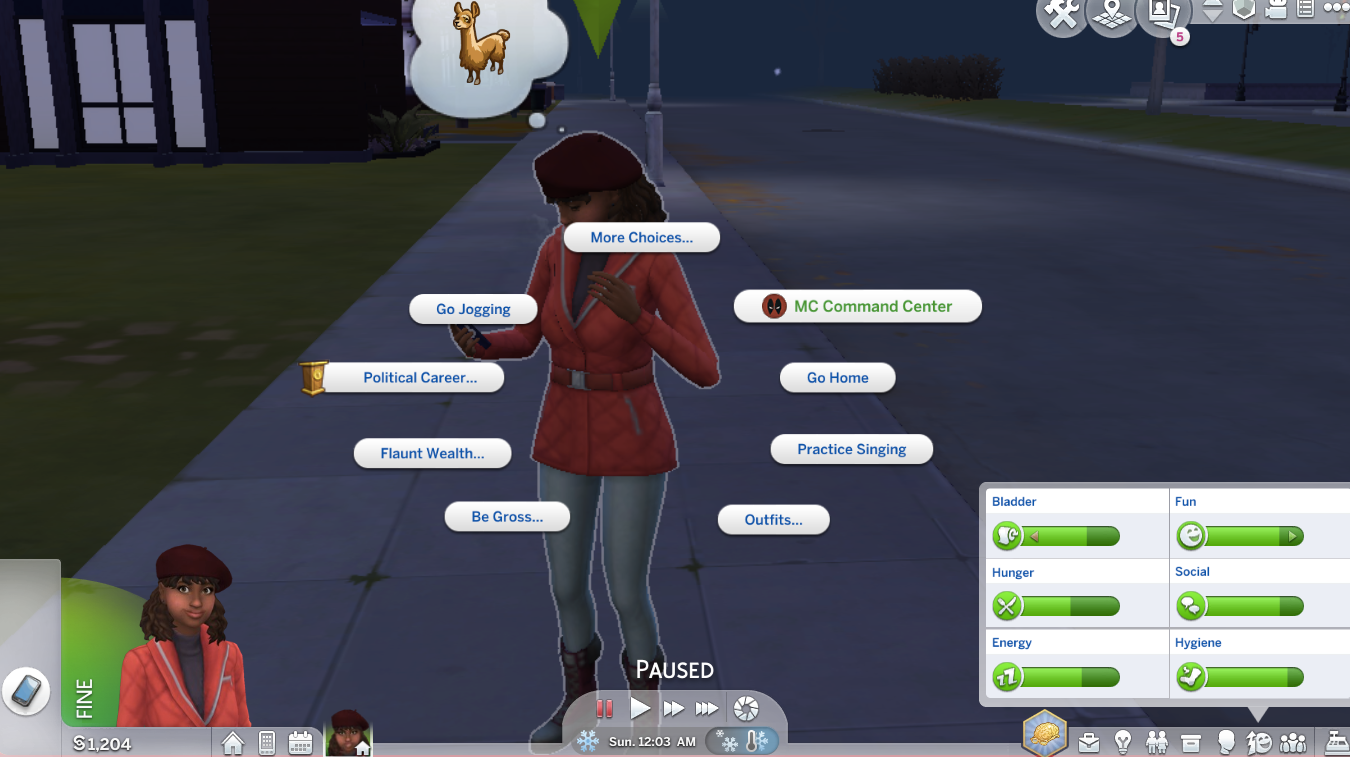 Because this mod does so many things, it comes in a series of modules, allowing you to mix and match. If you want to make changes to WooHooing, but donâ€™t care about Occult Sims at all, you can get the WooHoo module and not download the Occult one. Iâ€™ve always downloaded all of them, however, as each part of this mod makes background changes to the game that I find makes the game flow more smoothly, and my stories more interesting. I donâ€™t ever touch the pregnancy settings, for example, but when I play the game without MC Command Center, the Sims Iâ€™m not playing wonâ€™t get pregnant. With the mod installed, they do. It just makes The Sims 4 feel a tiny bit more real. 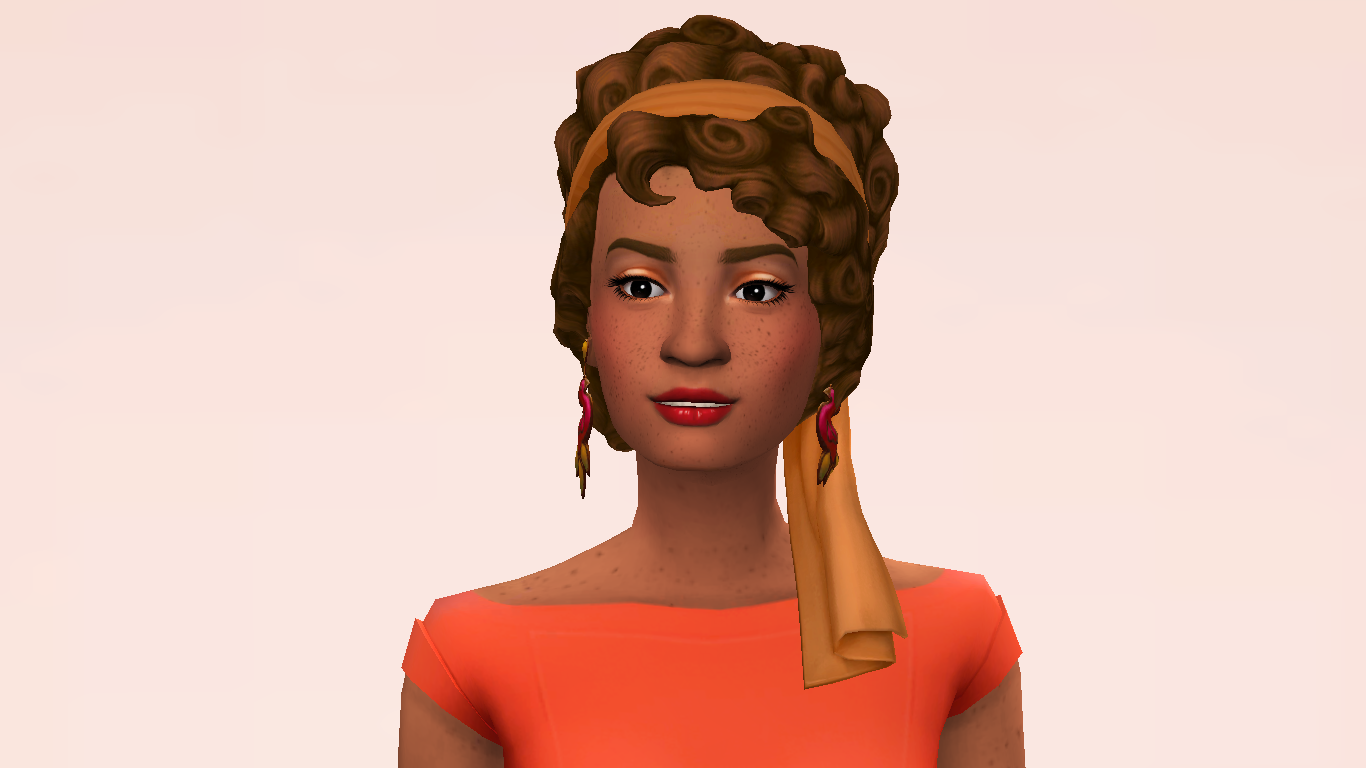 Change the backgrounds, lighting, and get rid of those pesky eye specs.

The Sims 4â€™s Create A Sim is incredible, but still needs a little fine-tuning. Creator LuumiaSimsâ€™ mod Overhaul makes it easier to simply see what the heck youâ€™re doing. The unmodded gameâ€™s lighting in Create A Sim had blue and green highlights, which is fine, but changes colours of skin, clothing, hair and eyes very slightly. The original game also gave eyeballs a shiny specular reflection, or â€œeye specs.â€ Itâ€™s supposed to look realistic, but some people think it makes Sim eyes look like plastic.

Create A Sim Overhaul gives you a couple different options for lighting, removes eye specs, and allows you to change the background from its default gradient. It has packs for both Sims and their pets. Like MC Command Center, this mod comes in separate modules so you can download as much or as little as you like. I went ahead and got them all, though. I didnâ€™t know how much I wanted a different Create A Sim background til I downloaded this mod. It offers a clean white for the purists, but I went with a pink gradient. Itâ€™s just cute. 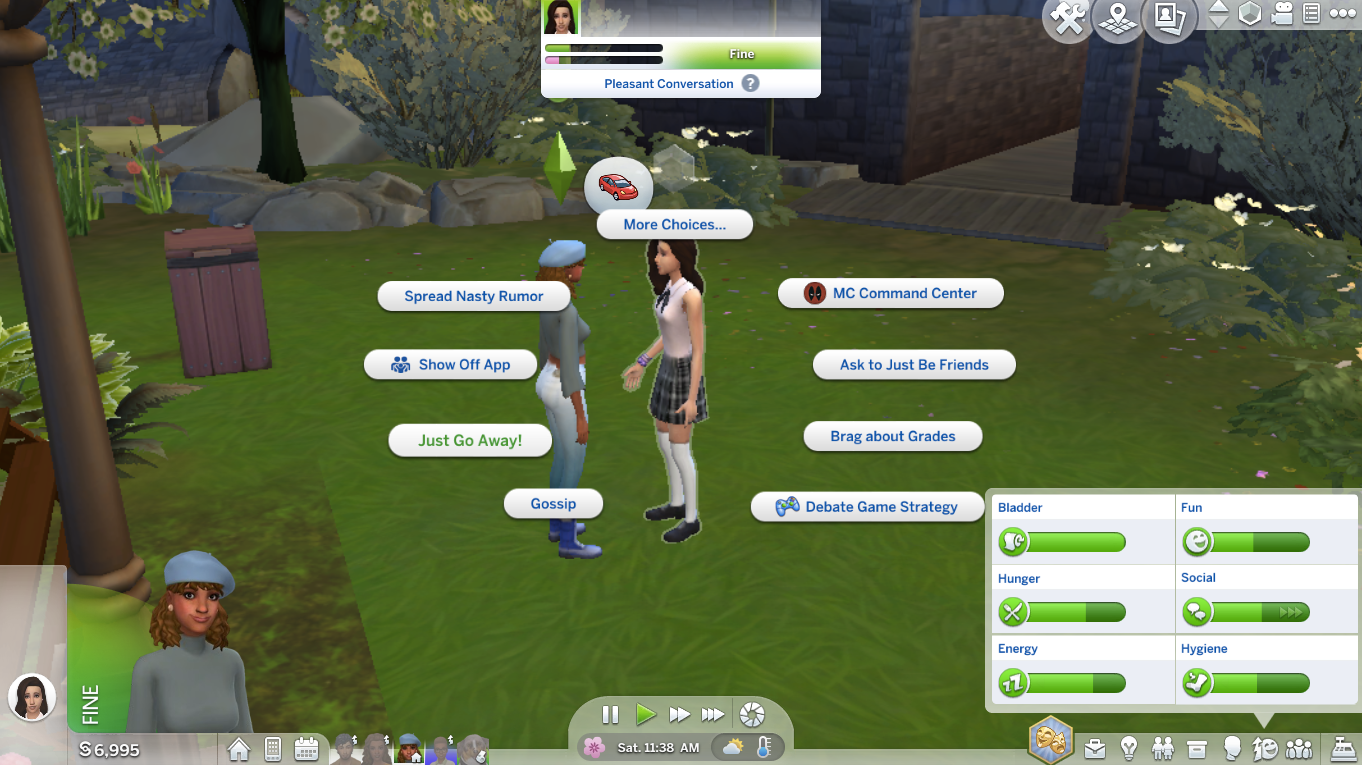 Gives you the power to just make Sims go away.

Itâ€™s happened to everyone. Your Sim is laying in bed after a hard dayâ€™s work, and then Vlad the Vampire shows up to suck their blood, ruining their next workday. Scumbumboâ€™s Teleport Any Sim allows players to buy an object which can bring any Sim in the game to that location, but more importantly, introduces a command called Just Go Away. With this mod installed, the next time Vlad shows up, click on him and select Just Go Away. Heâ€™ll turn around and leave. It is a godsend, and I wouldnâ€™t play without it. 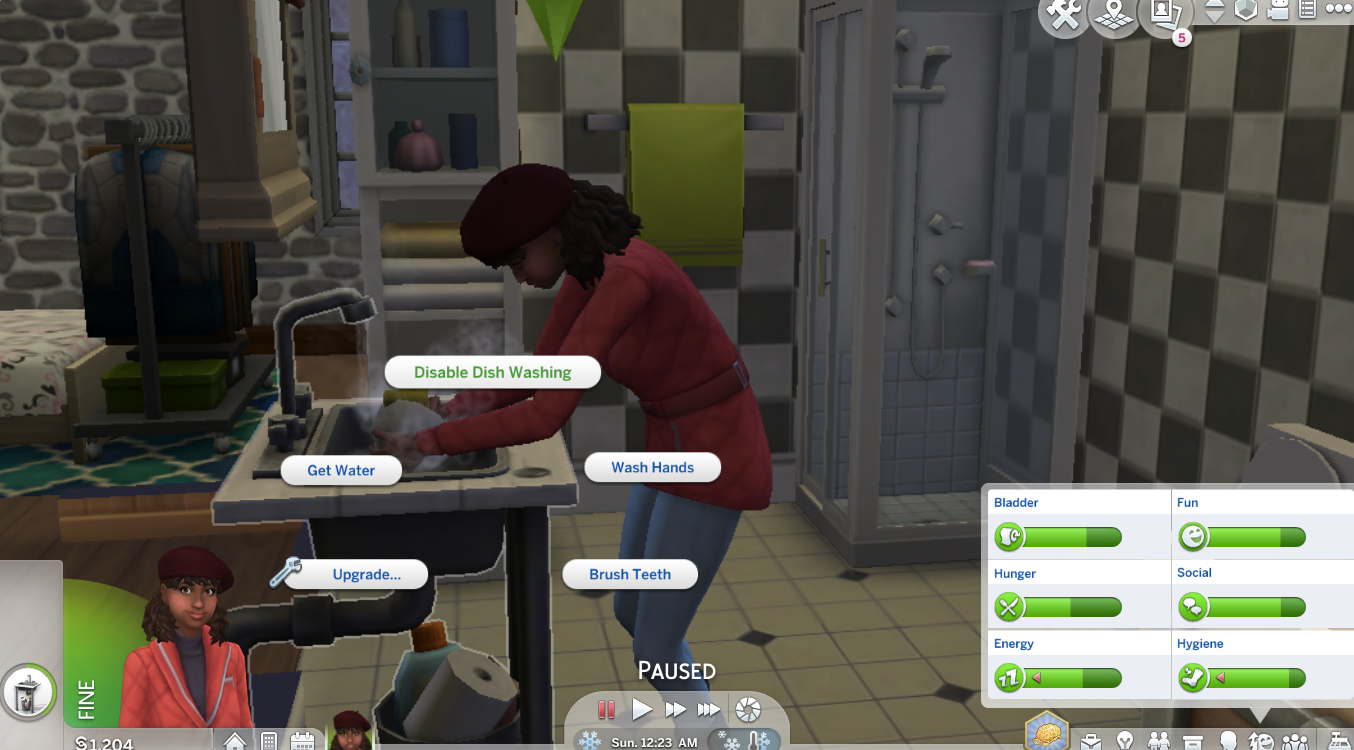 Stops Sims from washing the dishes in the bathroom sink like a bunch of arseholes.

Sims make a lot of weird, dumb choices. Why is that teen doing their homework on the bench outside instead of their desk? Who knows. Why is that Sim grilling burgers for breakfast? It is a mystery. Why did that Sim take the trash out of the trash can and play around in it? Couldnâ€™t tell you. By far the most annoying autonomous decision Sims make is washing their dishes in the bathroom sink. Thereâ€™ll be a perfectly good kitchen sink to use, or even a dishwasher, but theyâ€™ll insist on going to the bathroom, walking in on their mum pooping, and then getting embarrassed. Wouldnâ€™t have happened if you had just washed the dishes in the kitchen, Randy. This very important Scumbumbo mod allows you to individually select which sinks can Sims can wash their dishes in. Problem solved. If only I could stop them from using the grill before 10 a.m. 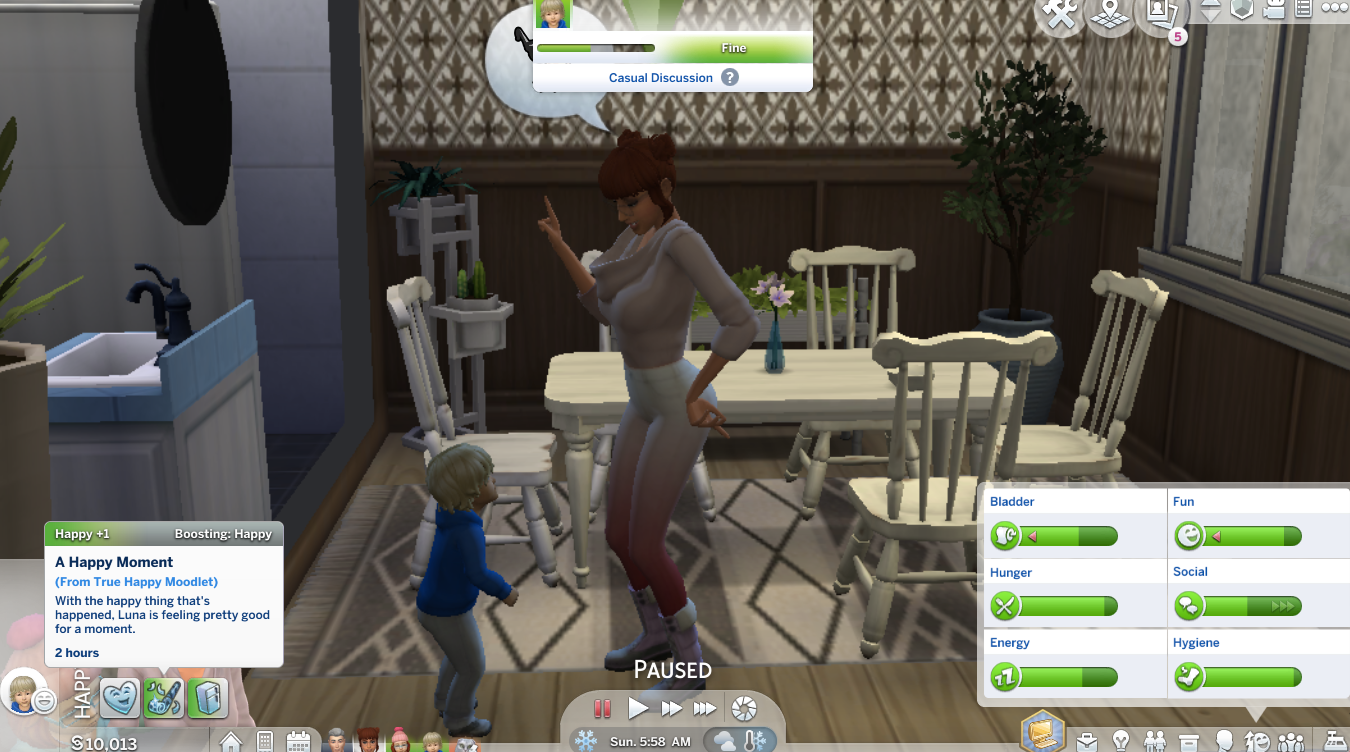 Emotions are new in The Sims 4. In previous games, Sims would kinda justâ€¦ be. In 4, Sims can be happy or sad, mad or tense, reacting to stimuli in their lives. It works, and can be very cool, but the way that roBurky has changed it makes the game feel a little more like how emotions work in real life. Happiness in The Sims 4 is pretty much your Simâ€™s default state of being. Itâ€™s an optimistic outlook on life, but honestly, not that realistic. In the True Happiness mod, the default state is Fine, and Sims can then experience moments of true happiness if particular good things happen to them. Have your first kiss? Thatâ€™s a happy sim! Sims will also passively earn aspiration points when they achieve happiness, which gives the emotions system a bit more of a purpose in gameplay.

Other mods like Uncomfortable Overhaul, which makes changes to how the Uncomfortable state works, Variable Emotional States, which adds a bit of randomness to emotional states, and Emotional Inertia, which allows Sims to get in emotional â€œmoodsâ€ for a couple days, are all also worth checking out, but True Happiness is my favourite of these mods. roBurky is also planning to package all of these mods, plus a couple more, in a â€œMeaningful Storiesâ€ pack, which will make huge changes to emotions and gameplay. 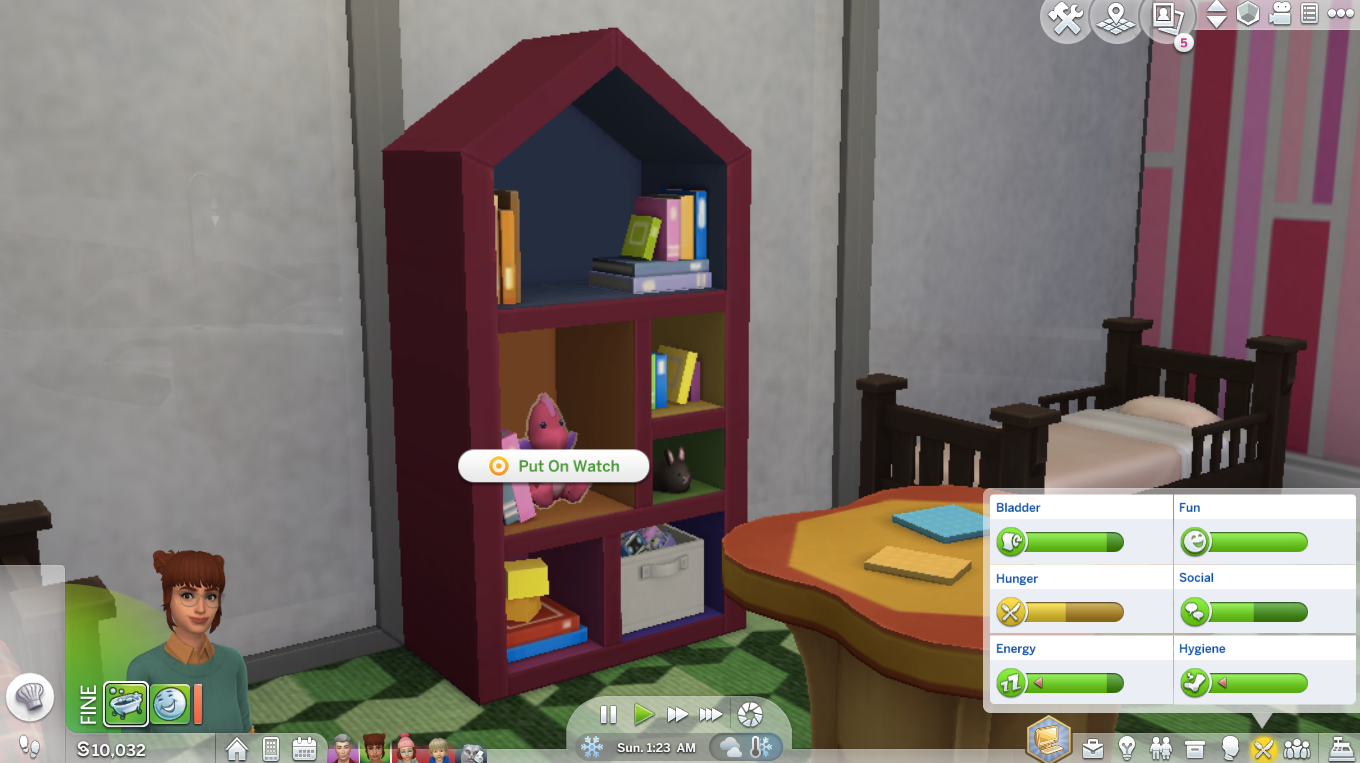 Stops kid Sims from having nightmares.

Sim children in The Sims 4 will sometimes have nightmares. Theyâ€™ll wake up, see a monster under the bed, and rush to get their parents. Itâ€™s interesting the first couple of times, but gets old quick. K9DBâ€™s Monster Guards eliminates that problem, in the form of a plush toy that you can buy for your Sim. These cute little stuffed animals can be â€œput on watch,â€ so that monsters wonâ€™t show up in the middle of the night. Itâ€™s also nice that these come in the form of an object, so itâ€™s not just a binary choice across the game. One Sim might have had an easy childhood, while another might be more susceptible to waking their parents up in the middle of the night. I tend to play with these almost always, though. Just go the fuck to sleep, kid. Mummy needs to troll teh forums. 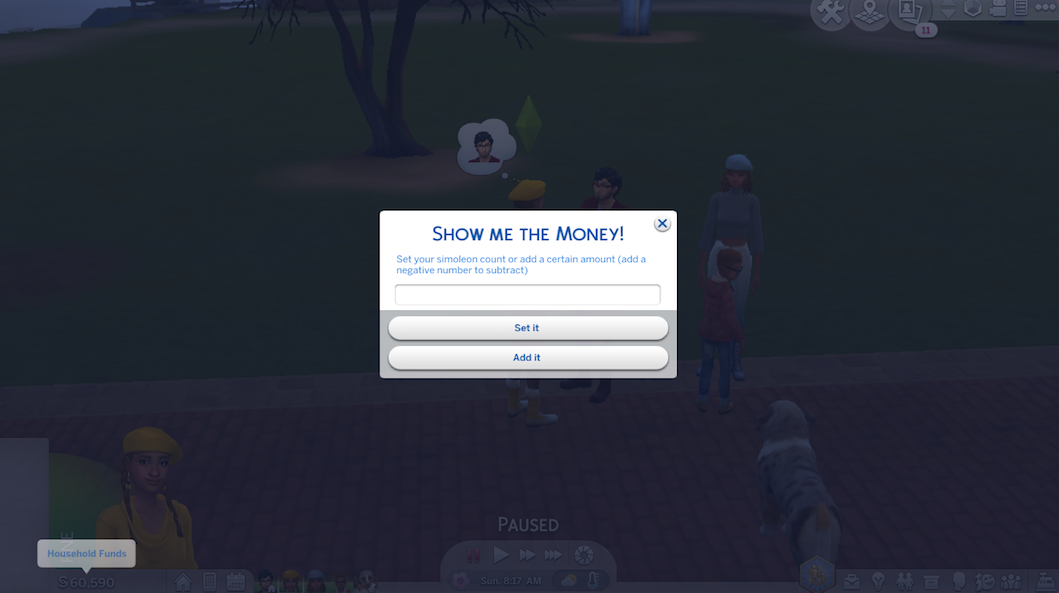 Integrates the gameâ€™s built-in cheat commands into the UI.

I know a lot of Sims cheats by heart. My fingers hover over Control + Shift + C, which opens up the cheat console, like the way other gamers automatically place their fingers over WASD. Some of them repeat game after game, like the money cheats â€œrosebudâ€ and â€œmotherlode.â€ Other change just enough that I end up trying their Sims 3 version instead of the Sims 4 one a dozen times before I realise.

Weebsuâ€™s mod UI Cheats makes these cheats a part of the UI, rather a code to type. You can get a thousand simoleons just by clicking on the householdâ€™s total money in the bottom-left corner. You canchange how much Sims like each other by right-clicking on their relationship bars, similar to how it worked in The Sims 3. Itâ€™s terribly convenient for perennial cheaters like me. If only it worked on my own bank account.

In future entries of this series I will round up the best Create A Sim modsâ€”meaning all the best hair, make up and clothingâ€”and the best Build and Buy objects. Iâ€™ll also post the most popular user suggestions, so make sure to star some in the comments.