The Division 2: Warlords Of New York: The Kotaku Review

When The Division 2 launched last March, the cover-based shooter set in a wrecked Washington, DC was received positively by fans and critics. Then things soured. Players who expected a game that would expand over time were disappointed by a lack of new content as well as balance changes that nerfed popular character builds. Months after release, the game was fading. A year has now passed since launch, and the Division 2’s developers at Ubisoft now hope to revitalise the game with a paid expansion called Warlords of New York and a free update that tweaks many of The Division 2’s core systems.  If this is a restart, it’s beginning well.

Warlords of New York takes players back to the setting of the original 2016 Division game. The global pandemic that ravaged the world of The Division 2 started in NYC, so this is also a return to ground zero. The time and setting have changed a little. The first game was set in the winter in midtown Manhattan, near such landmarks as Madison Square Garden. The expansion is set the following summer, downtown, closer to Wall Street. Players spend the expansion chasing after Aaron Keener, the antagonist of that first game.

The Division is a government-sanctioned force of sleeper agents spread throughout America who are activated after a biological weapons attack on Black Friday. You play as one. In the lore of the game, Keener was one of the first agents to go rogue, turning his back on the federal government and The Division. In the first game, he left New York and worked with the man who helped create the original deadly virus. He has now returned and recruited four lieutenants to help him control New York. These are the eponymous Warlords of New York. Players have to track down these warlords, fight through their armies, eliminate them and find clues to Keener’s whereabouts. There are some great views of NYC in this new expansion. (Screenshot: Ubisoft)

The hunt for Keener takes six hours, give or take how much time you spend on side missions and collectibles along the way. There isn’t much story to it. This is because the game lets you tackle any warlord you want in any order. That’s cool, but it also means the story starts when you land in New York and doesn’t move forward until you have taken out all the warlords. While original Division characters like Faye Lau return in this expansion, they get few interesting story moments outside of the start and the end.

While Warlords doesn’t tell a great story, it does include the classic Division combat that I love so much. The Division has always been a very mobile cover shooter as you move from a corner of a building to a spot behind a crumbling wall to yet another cover point while engaging the enemy. The moment to moment gunplay is still extremely satisfying in Warlords. I would finish a mission and leave the area and end up in a firefight with random enemies for minutes at a time before remembering I have more to do. This happened in NYC as much as it did in DC.

This new expansion adds a handful of new missions, filled with fighting. The developers at Massive also seem more willing to shake things up and give players more to explore. Nearly every mission contains small puzzles and rewards tucked away, just out of sight. A highlight includes an arena surrounded by electric fencing. Inside, you can clearly see a rare reward. To get inside, players will have to track down fuse boxes hidden in some remote places. Simple but rewarding puzzles like this are everywhere in Warlords. This expansion also contains more unique boss fights. One standout fight pitted me against a man who uses holograms to distract or trick the player. In the main part of The Division 2, combat encounters felt repetitious. In the expansion, I was never able to predict how the next fight would play out.

If you didn’t like or care about the combat in the previous game, nothing in Warlords of New York is going to change your mind. There are some new abilities, like a sticky bomb and a hologram emitter, but I didn’t immediately find them to be as useful as my other abilities. NYC Streets are narrower than DC, so fights feel more intense. People who love using SMGs and shotguns will be happy. (Screenshot: Ubisoft)

The big star of this new expansion is the new map. Unlike the handful of isolated missions added to The Division 2 over the last year, New York is a full new world to explore. It’s about a third or so the size of DC and is gorgeous. Massive’s artists are great at making destruction and ruins look amazing. The map is also packed with things to do. I kept getting distracted by things to climb, tunnels to navigate and fences to hop. Because the series’ timeline has advanced, this New York isn’t covered in snow like the Manhattan of the first game. It’s summer, and a hurricane has soaked the place. Compared to The Division 2’s DC, the streets are narrower, fights feel more chaotic and the world is more dense with interiors to discover.

The expansion is tuned for players whose characters in the main game reached level 30, though you can also just start a new character set at that level. Through the course of the expansion, the character will reach level 40. If you stay in DC and don’t buy the expansion, you can’t hit level 40. You can reach gear score 515, which is an entirely different measurement of player power that used to be capped at 500. That’s confusing enough, though if you have the expansion, going back to DC means you might be playing with people who have high gear scores while you have no gear score. It’s a weird choice, but I’ll need to spend more time with the game to see if it is just weird or if it ends up being a problem. 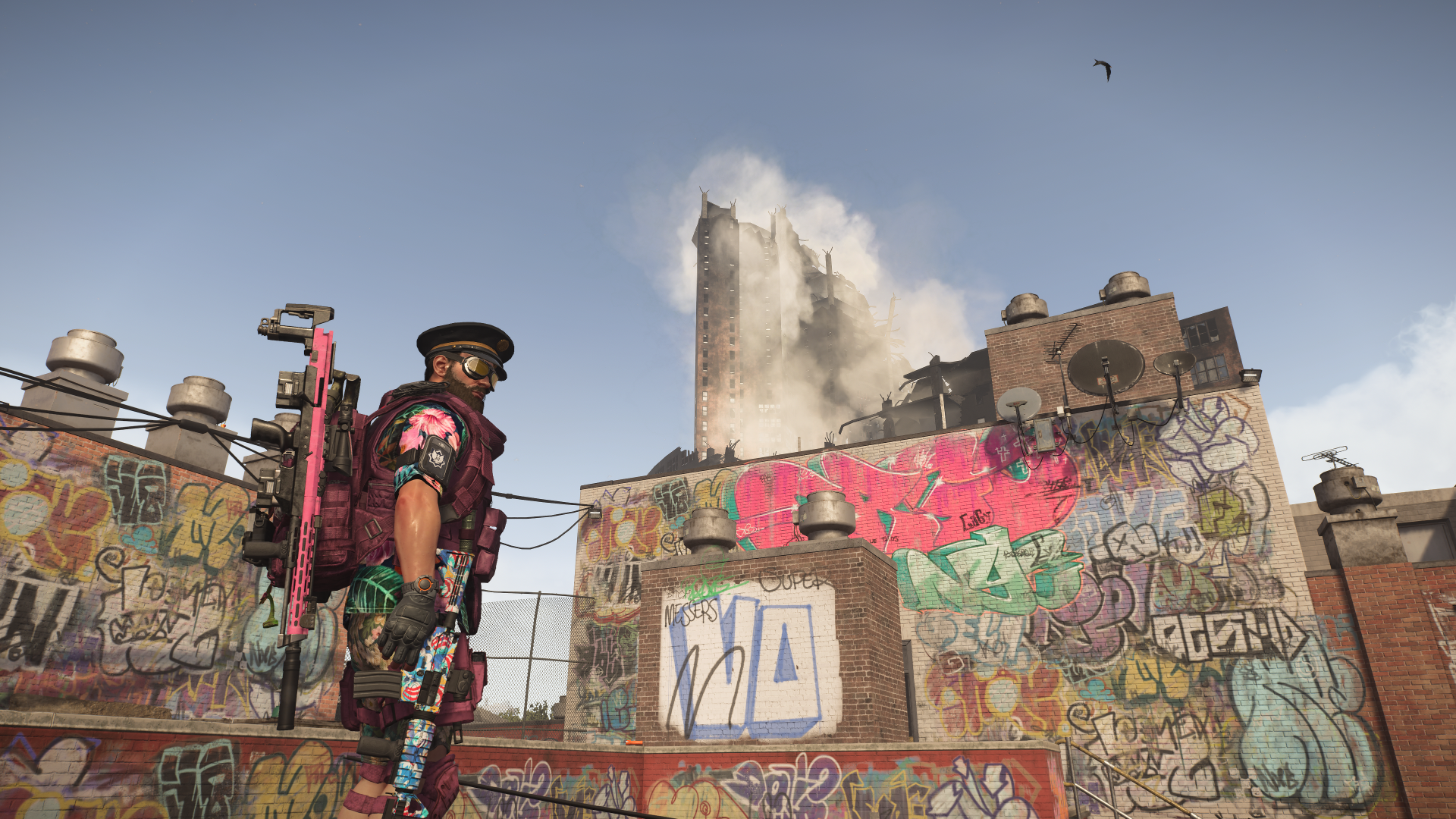 “The City That Never Sleeps, Because There’s Way Too Much Gunfire.”

Once you hit level 40 you gain access to the new endgame reward system. Previously, levelling up your character once you hit the max level earned you a little supply cache. These contained weapons and gear. Most of it was trash for high-level players who already sported exotic weapons and elite gear. That system has been replaced with a new reward for racking up XP. Now players earn points that can be put into different attributes, like headshot damage or armour regen, improving their character permanently. The upgrades are small, but, over time, dedicated players will be able to earn some nice bonuses for their agent. The whole thing reminds me of the Badass Rank system in Borderlands 2 and 3. It’s a great change and ties into Ubisoft trying to limit how much trash you have to deal with.

With Warlords and this new update, Massive seems dedicated to fixing the heaps of useless loot Division 2 players would end up with after playing a few missions or finishing some events. It was never fun to deal with piles of loot, but because that loot could contain some useful traits or abilities that could be added to better gear, you couldn’t just trash it all without looking. This took time and led to lots of hours in menus, managing a chest filled with bad gear that might be useful in the future. That is no longer how The Division 2 endgame works even if you don’t buy the expansion. For starters, less loot drops less often during regular play, meaning your inventory won’t fill up with garbage you have to sort through. Thanks to the free update that even non-expansion players get, all gear and weapons have been changed, simplifying their abilities and stats. Guns and armour, especially lower quality stuff, just don’t have as many perks or skills. This could lead to a future where the game feels like it has fewer builds, but at least for now, it has made dealing with loot much easier.

Also, thanks to that free update, you can now store really good abilities and skills from weapons and gear in your recalibration library. And you don’t need to guess if a stat is good, bad or terrible. Instead, The Division 2 now has meters, representing how good that stat or skill is and if you have something better already saved. This means that, at a glance, you can see if that new rifle you got is useful. If all of its stats show it has nothing that you want for your library you can just toss it and move on. And once an ability is in your library you can use it to improve other things as much as you want. So chests filled with stuff to use later are now gone. You are free from your clutter, agent. 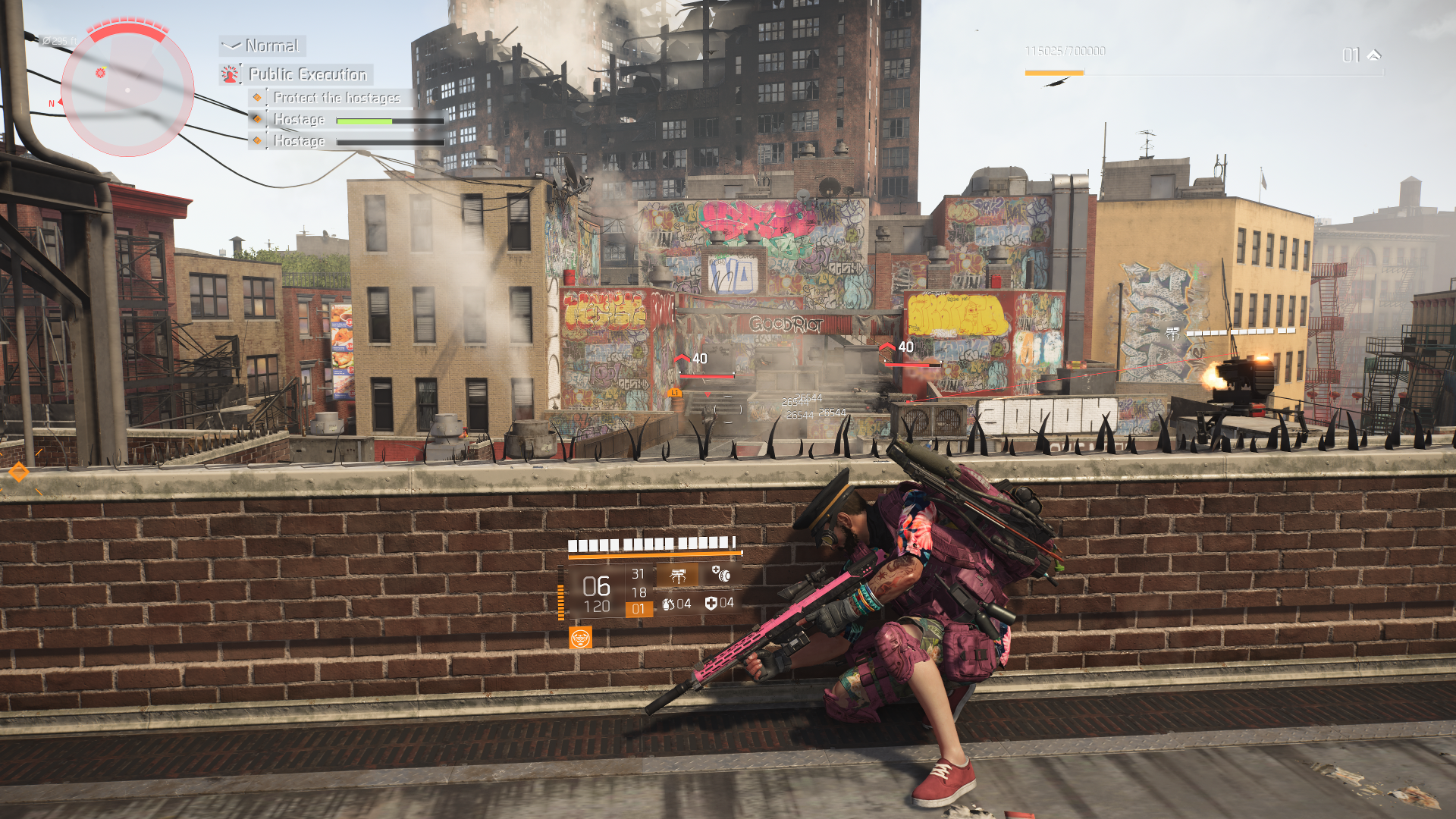