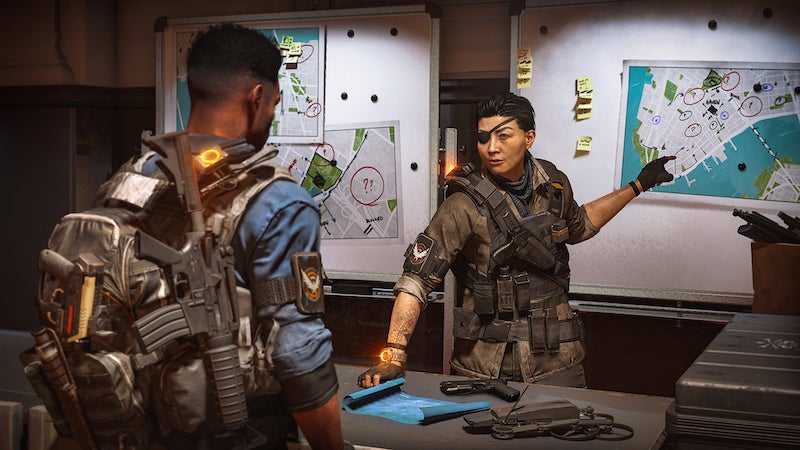 The big new expansion for The Division 2, titled Warlords of New York, is currently live and playable right now on consoles as well as PC.

Last month, players were treated to a brief two-mission jaunt set in Coney Island. Then, Ubisoft dropped a massive bombshell: Those missions were but a prelude to the real deal, a full-blown campaign set in New York City, the location of the original Division.

Though The Division 2 is mainly set in a somehow-swampier-than-usual Washington, D.C., Warlords of New York brings players back to where it all began. Specifically, this expansion plays out across Lower Manhattan. Where the original Division was broken up into 11 areas—including uncannily accurate recreations of Union Square, Madison Square Park, and the side streets of Chelsea—Warlords of New York features four areas: Civic Centre, Battery Park, Two Bridges, and the Financial District. Unlike The Division, this new New York map is a 1:1 recreation. (Bad news for hungry Agents: the Sweetgreen on Pearl and Wall is closed for business.)

Officially, Warlords of New York was set to go live at 11:00 a.m. UTC (10pm AEDT) today on UPlay and the Epic Games Store. Console players were supposed to have had to wait until 4pm AEDT on March 3. But we’ve been able to load up the expansion on PlayStation 4 just fine. Paul Tassi, writing for Forbes, was able to access the Xbox One version without issue, too.

The official Twitter accounts for publisher Ubisoft, developer Massive, and The Division haven’t yet addressed what’s going on. Kotaku has reached out to Ubisoft for comment.

UPDATE: 8:05 am: Some players have experienced a bug that prevents interaction with Community Leader NPCs, essentially gate-keeping any progress. Ubisoft is aware of the bug and is currently working on a fix. In the meantime, according to Ubisoft community managers, you might be able to find a workaround by restarting the game and fast travelling in and out of the safe house. (Note: That workaround hasn’t worked for all players, however.)