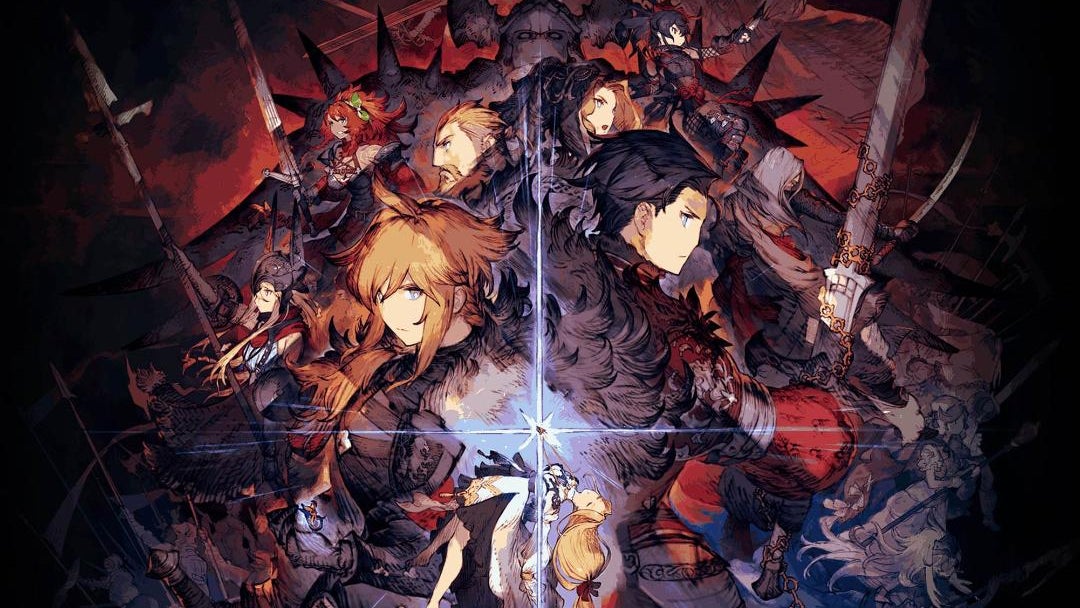 Though positioned as an offshoot of Final Fantasy Brave Exvius, the mobile RPG where players could summon Ariane Grande, War of the Visions is very much a Final Fantasy Tactics game. It’s got the same blocky maps and signature turn-based tactical combat. It’s got characters without noses. They might be taller than the stumpy characters fans are used to, but the vibe is there. 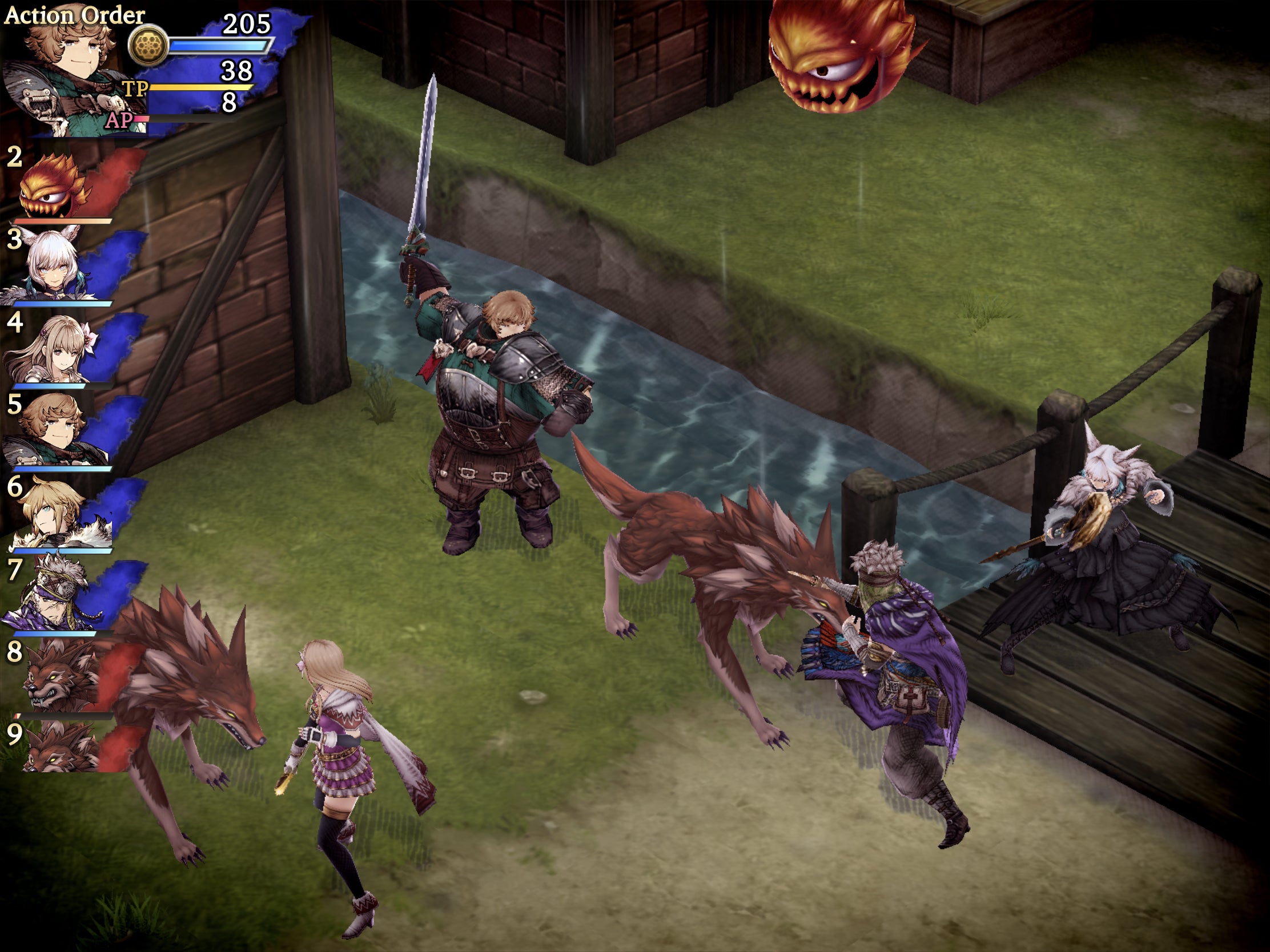 The story involves a war between nations because peace doesn’t make for a great tactics game. In a world torn apart by conflict, a feud erupts between the twin princes of Leonis, Mont and Sterne. The story unfolds through cutscenes voiced in both Japanese and English, which is very fancy. And check out that slightly crosshatched art style. That’s the good stuff. 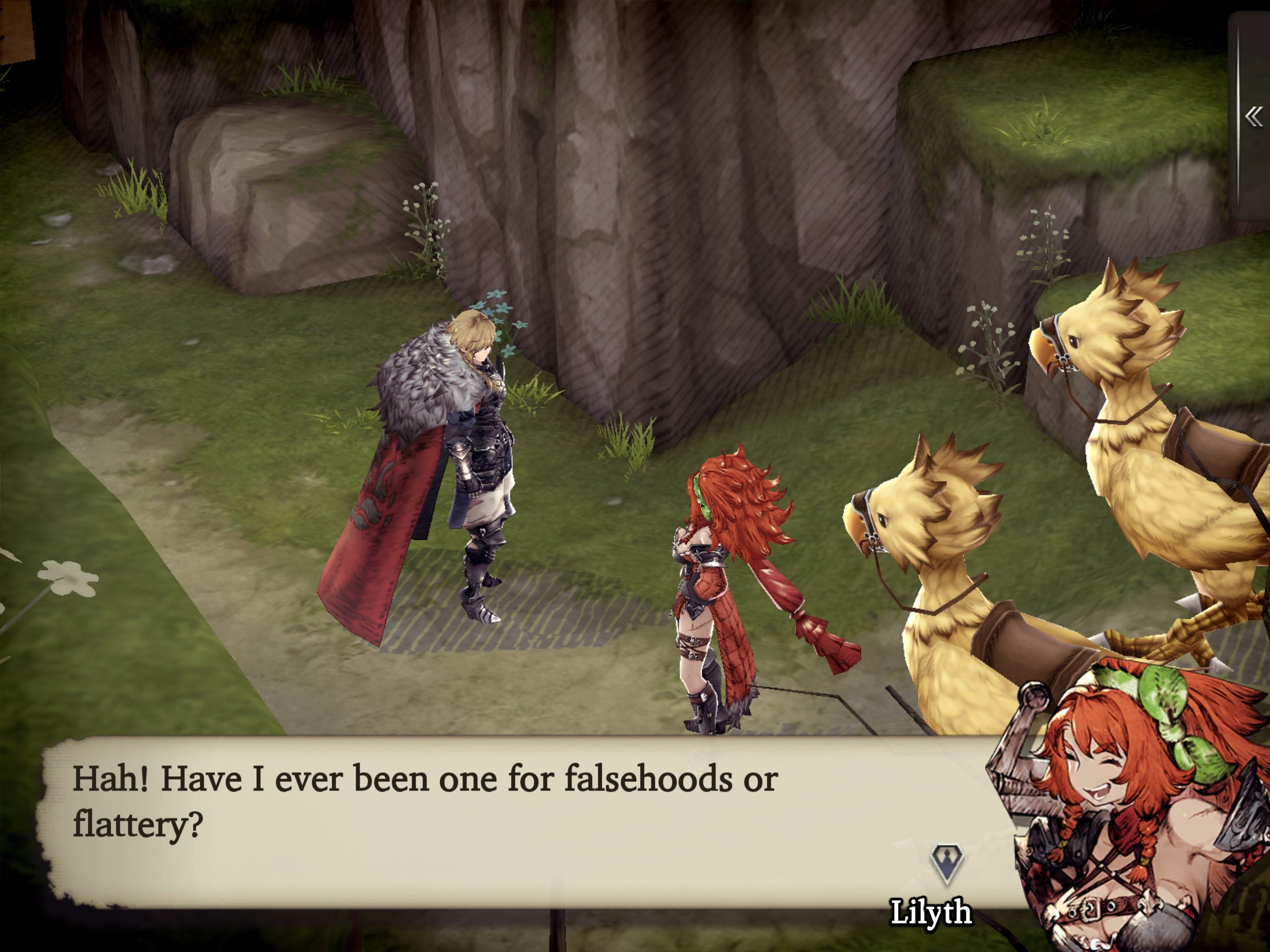 Mont has the ability to summon visions, heroes and villains of legend, to serve him in battle. That’s where the collectible character aspect comes into play. Players use crystals to summon characters, levelling them up through battle and using looted equipment to increase their power. As a pre-registration bonus, every player starts off with Final Fantasy XIV catgirl mage Y’Shtola, which is the perfect way for any game to kick off. 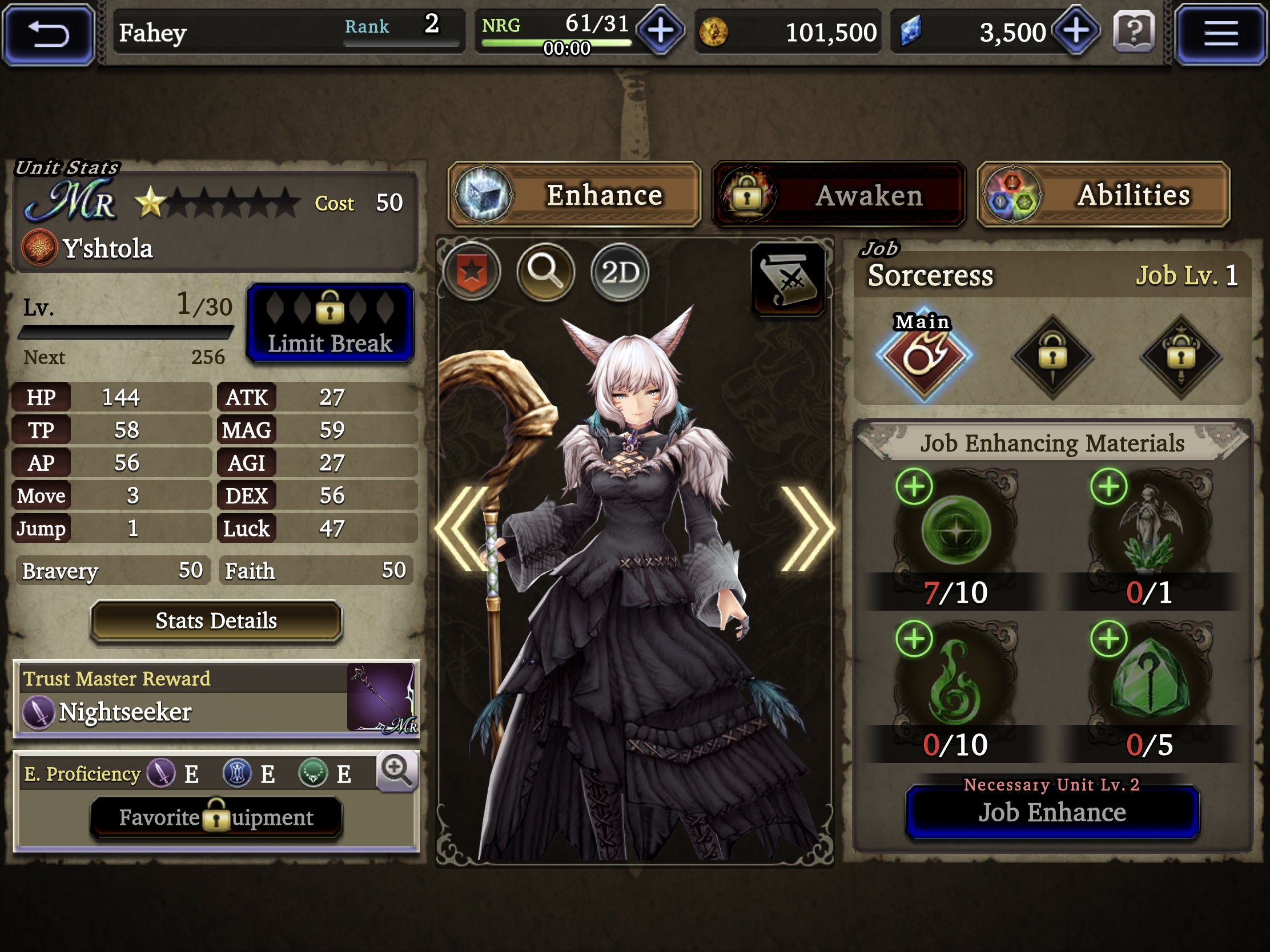 War of the Visions: Final Fantasy Brave Exvius is a very free-to-play mobile RPG. There is a lot to manage. There’s a lot to collect. There are rare and super rare and mega rare characters, desirable old friends fans of the series would kill to have in their party. It’s got an auto-battle option, for players who don’t want to actually play. One look at the game’s cluttered home screen and it’s obvious the kind of fluffery we’re in for. 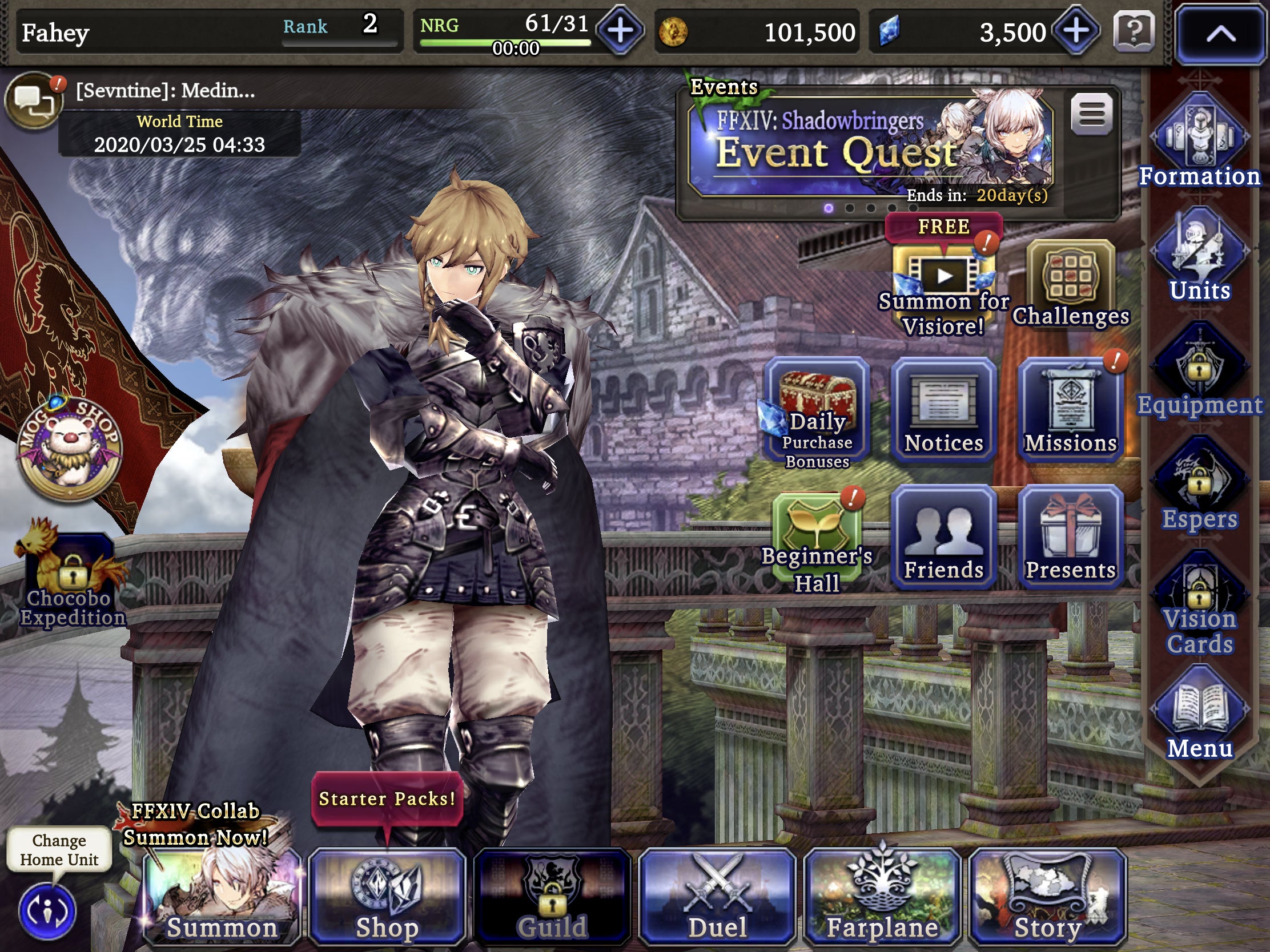 But still, it is more Final Fantasy Tactics. Players just have to dig a bit to get there.