ori and the will of the wispstipsxbox one 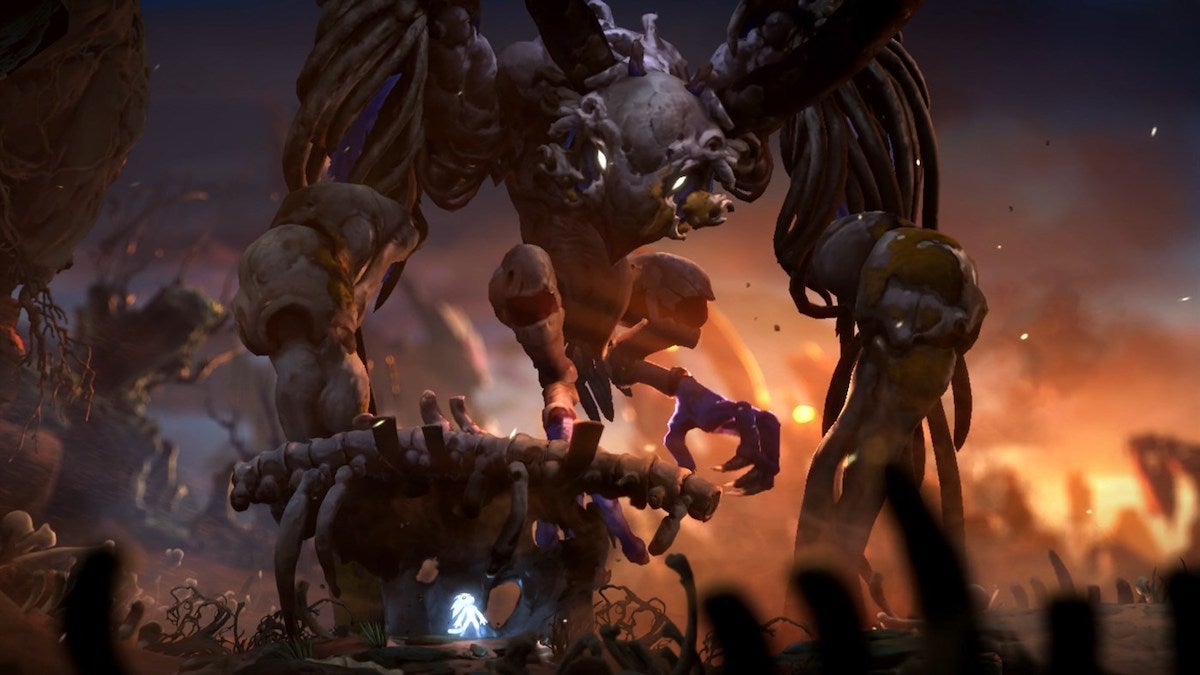 Screenshot: Moon Studios, Microsoft Store
To sign up for our daily newsletter covering the latest news, features and reviews, head HERE. For a running feed of all our stories, follow us on Twitter HERE. Or you can bookmark the Kotaku Australia homepage to visit whenever you need a news fix.

Ori and the Will of the Wisps is one of 2020’s prettiest platformers, but don’t let its looks fool you. This game will destroy you. Whether it’s hyper-precise platforming or unrelenting combat, Ori has lots of chances to die. Here are some tips that should make the game a bit less of a gauntlet.

Do Baur’s Reach as soon as you can

A few hours in, Ori and the Will of the Wisps opens wide up. You’re given the option to tackle three areas—Baur’s Reach, Luma Pools, and Mouldwood Depths—in whatever order you please. Do Baur’s Reach first. There, you’ll unlock an ability called Light Burst, which will help you out a lot in Luma Pools.

Save Mouldwood Depths for last. Spiders live there.

In the Wellspring Glade, the game’s hub (yes, there’s a hub this time!), you’ll come across a staff-wielding merchant named Opher. For 500 Spirit Light, he’ll sell you an ability called Water Breath, which will let you breathe underwater. As you did with Light Burst, be sure to get this before you visit Luma Pools, which has underwater platforming sections. You can play them without it, but this makes it much less painful.

Best of all, as a permanent passive upgrade, Water Breath doesn’t take up any precious shard slots.

Always get the maps

In most areas, you’ll run across a travelling creature named Lupo who looks a bit like what would happen if E.T. the Extra-Terrestrial got a PhD. Lupo’s a mapmaker, and, for several hundred Spirit Light, he’ll sell you a map of whatever region you’re in. In the early game, when you’re broke, you may balk at the figure, but the purchase is always worth it.

Not only do these maps give you a full outline of the region, they also give you an idea of what you should do next. Maps start out in grayscale, but, as you travel, they’ll get coloured in. The remaining grey areas, then, tell you one of two things: They’re either where you need to go, or where you should explore next if you want to find some sweet optional upgrades.

As you explore, you’ll come across various combat shrines. Activating these shrines triggers several waves of increasingly difficult enemies. These fights are maddening, easily among the toughest in the game. But powering through is well worth it. For every combat shrine you beat, you’ll increase the number of shards—passive bonuses—that Ori can equip. He starts out with a measly three slots. Through trial by combat, you can increase that to eight.

Mix up your shard loadout

This being a platformer, it can be easy to forget that you have passive upgrades. Remember to play around with Ori’s 31 different shards and find loadouts that work for you. One shard splits Ori’s arrows into three. Another allows Ori to stick to walls. Another still magnetizes Spirit Light, health, and energy drops from defeated foes, so you don’t have to grab them. 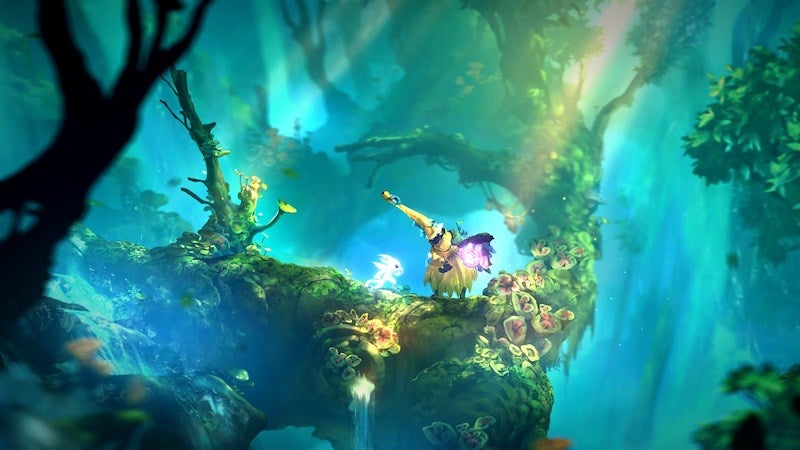 Also, you can level your shards up. In Wellspring Glade, the game’s hub area, you’ll find a shopkeeper named Twillen. For a few hundred Spirit Light, he’ll buff your shards. The Resilience shard, for instance, reduces all damage by 10 per cent. Fork over enough Spirit Light, and you can increase that to 20 per cent, 25 per cent, or more.

In a major deviation from the first game, Ori can now equip all manner of weapons. The Zelda-like arsenal starts out with Spirit Edge (a sword) and Spirit Arc (a bow). As you earn more Spirit Light, you can unlock Spirit Star (a boomerang), Spike (a spear), and Spirit Smash (a hammer-mace-imposing-weapon-type thing) by talking to Opher.

Get Spirit Smash first. It’s especially helpful for taking out armoured foes. Out of combat, Spirit Smash and Spike both come with an added bonus: They can shatter breakable floors, opening up various blocked routes and shortcuts on the map. Sometimes, this even reveals massive wells of Spirit Light.

If you want to get crazy with it, you can also unlock some unconventional weaponry. Sentry spawns a drone that’ll attack and distract foes, while Blaze spits out a massive burst of fire, setting foes ablaze. It’s all too easy to fall back and rely on Spirit Edge and Spirit Arc, so be sure to switch things up. Experimenting with weapons is one surefire way to improve your chances in combat shrines.

Have some tissues on hand

Take our word for it. This one’s a real tear-jerker.