Tips For Playing Granblue Fantasy Versus 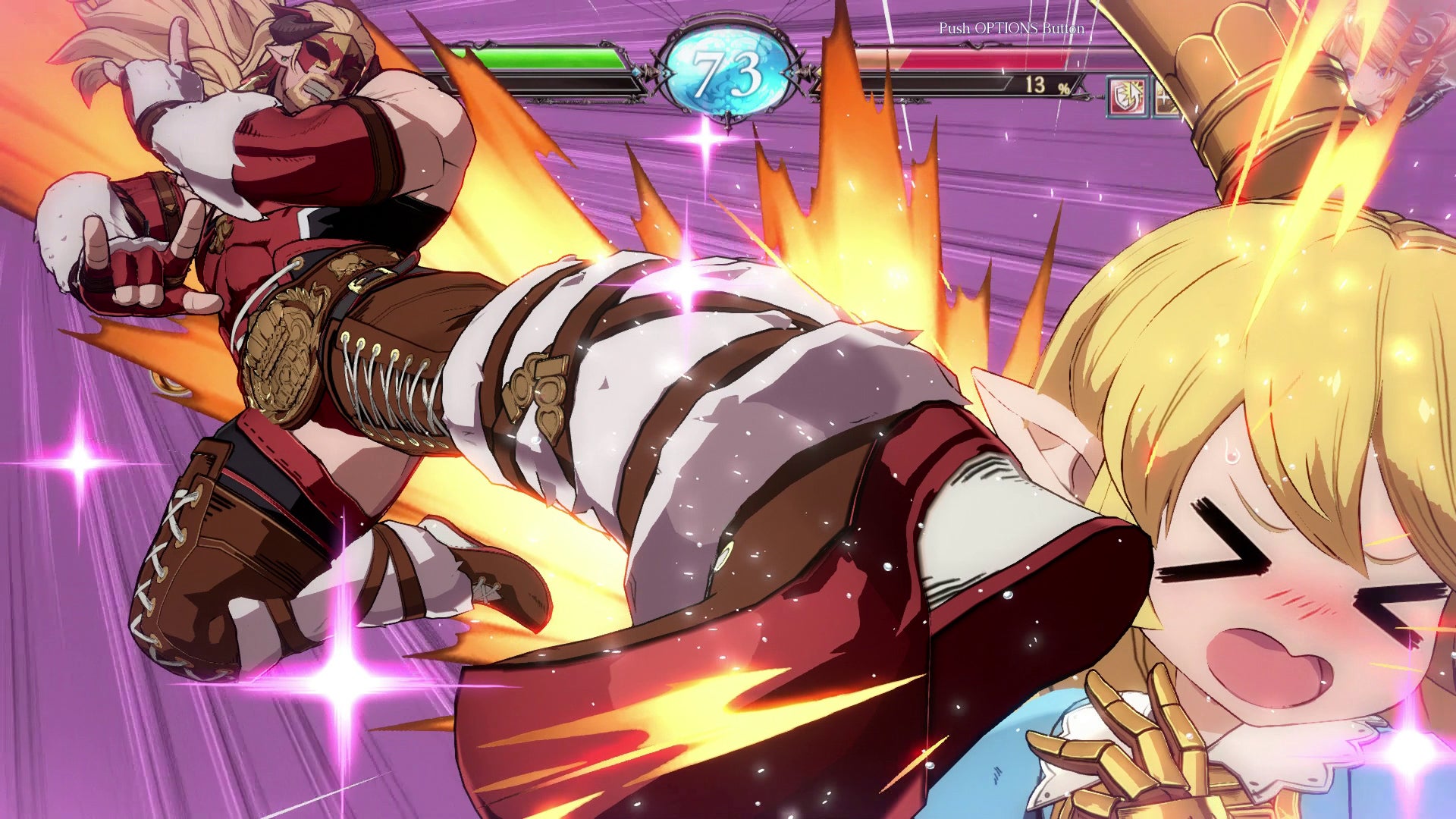 I love fighting games and wish more folks played them, but I also realise that they aren’t all that welcoming. They hyper-focus on a very specific kind of competitive player to the detriment of pretty much everyone else. Granblue Fantasy Versus is better than most at providing useful ways for beginners to learn and improve, but it could still use some outside help. Here are some of my tips for getting into this new fighting game and, perhaps, even sticking with it when things get hard.

It’s not perfect, but the Granblue Fantasy Versus tutorial is the absolute best way to start playing as a newcomer to the fighting game genre. These lessons will impart important knowledge, from basic stuff like how to perform simple combos to more complex, situational strategies. Also included are ways to deal with character-specific tactics. Versus doesn’t have a huge cast, but they are all different enough that it’s important to recognise their unique skills and how to counteract them. Sitting down to study a game may seem like a slog when all you want to do is punch some folks in the face, but the foundation the tutorial provides is invaluable to future success and enjoyment.

M+H is a dedicated overhead

This is a little thing, but I remember being surprised that the tutorial only briefly touched on overheads. Every character in Granblue Fantasy Versus can perform an overhead attack by pressing Medium and Heavy at the same time. Overhead attacks must be blocked while standing, making them an important part of fighting game competition as they work as a direct counter to down-back blocking. These attacks also have airborne properties, which means they avoid grabs. Overheads typically can’t be used in combos but they are vital to breaking an opponent’s guard, especially when you have them locked down in the corner.

Use the block button

Granblue Fantasy Versus includes two different ways to block: the more traditional hold-back-to-block and a dedicated block button. While fighting game players with a little experience might think the former is good enough, I suggest checking out and using the latter. Not only is the block button more intuitive for beginners, but it also prevents you from being crossed up. This eliminates having to make any decisions during a left-right mixup, leaving you free to focus on whether you should be blocking high or low. There are absolutely no downsides to using the block button, so use it!

Start out with Gran or Katalina

There’s a simple reason Gran and Katalina are the first two Granblue Fantasy Versus characters you unlock in the RPG mode: they’re great choices for implementing the basics you learned in the tutorial. Sure, there are much cooler choices in the game, but the jack-of-all-trades nature of Gran and Katalina’s toolsets allows newcomers to experience several playstyles with just one fighter. Try out one or both characters to get a better feel for how Versus matches play out without getting bogged down in the more complicated arsenals of the advanced characters.

Find a character you love

Once you’re done messing around with Gran and Katalina, the true work of deciding on a character begins. You need to find a Granblue Fantasy Versus fighter you connect with. This can mean a lot of things. You might like the way a certain character plays or one of their attacks really feels good to use. You might just appreciate their attitude or look. It’s important you form some sort of attachment to the character you use. More than any other genre, fighting games allow players to personalise their experience depending on which character they take into battle. It becomes your identity, in a way. This will also help you connect with the greater community and collaborate with folks who use the same character. It can be intimidating stepping into a new scene. Believe me, I know. But things are much better these days than back when we relied on arcades due to the prevalence of social media. Even if you don’t interact with other Granblue Fantasy Versus players directly, it’s super easy to search out information on your character of choice using a series of Twitter hashtags and a Trello board. There’s also a wiki available through the fighting game community website Dustloop that’s constantly being updated, but social media is unfortunately where most strategies and combos end up. It can be frustrating trying to keep up with all the developments on a game since there are so few central locations for fighting game data, but this is the best we have for now. Never hesitate to ask for help!

The worst thing you could do while learning Granblue Fantasy Versus is to throw yourself willingly into the meat grinder that is online play. While you’ll eventually have to succumb to losing over and over again, it shouldn’t be one of your earliest experiences with the game. Check out the tutorial, play through the RPG mode, and figure out a few basic combos and situational strategies for your chosen character before getting your arse kicked. Once you feel like you’re ready, the game will put you through your paces with a series of matches, five against the CPU and two against real opponents, before letting you search for online matches on your own. This ensures that you’re placed at an appropriate rank for matchmaking purposes against those at or around your skill level.

Also, consider investing in a LAN adaptor if you aren’t able to connect your console to your router directly. This ensures matches are as stable as possible while using the game’s shoddy delay-based netcode.

The only way you’re going to get better at fighting games is if you’re having a good time. Sometimes this necessitates a personality or attitude shift. Losing will always be your fault, no matter what you think of how your opponent played. The impetus for growth falls entirely on your shoulders. Watch a replay of your matches to pinpoint where you went wrong. How do your anti-airs look? Are you going for optimal combos? Do you need more experience playing against the character that beat you?

Unlike, say, League of Legends or Counter-Strike, there’s no one to blame but yourself for every beatdown you take. At their worst, fighting games are a frustrating slog of study and repetition, but at their best, they’re magical. Personal growth is a really beautiful thing even within the confines of a silly video game, so keep that in mind.

And hey, if you aren’t having fun with Granblue Fantasy Versus, you can always stop. There are plenty of amazing fighting games out there for you to try. Or maybe fighting games just aren’t your thing, and that’s fine too! Fighting games are inherently hostile to newcomers and can take years to finally become enjoyable at a basic level. If you aren’t having fun, why stick with something that is actively frustrating? Who needs that kind of burden on their shoulders with all the other stupid shit happening in the world? But when you do decide to come back, maybe one day when another fighting game speaks to you, I’ll be more than happy to guide you through your paces again. I bought that extra arcade stick for a reason.