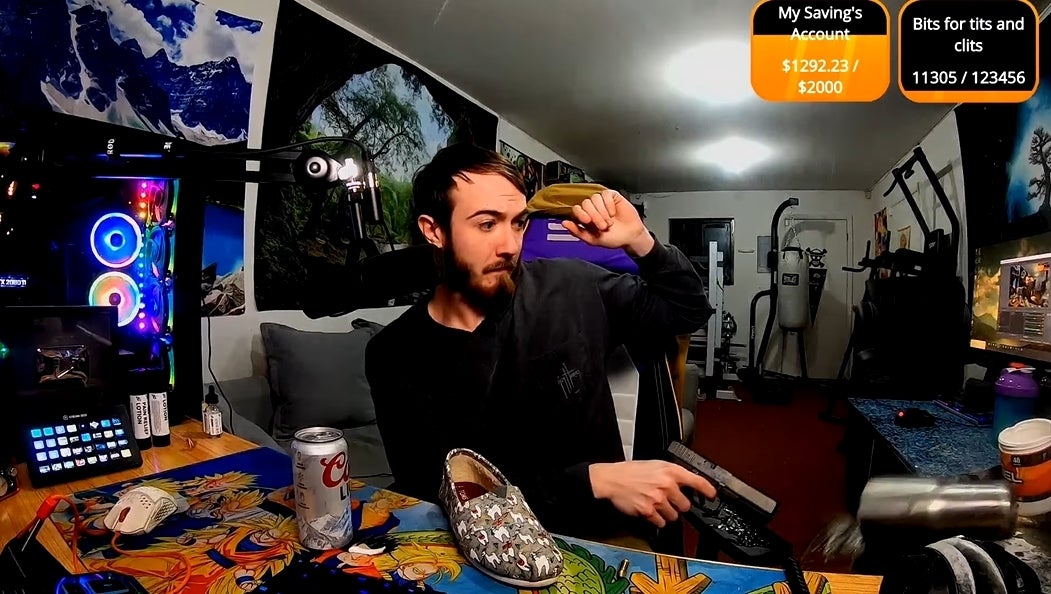 A professional Call of Duty streamer who brandished a gun on stream and accidentally fired a round into his desk has been suspended from Twitch and dropped from his esports organisation.

Last night, during a livestream from inside his home, Call of Duty trickshot specialist and former FaZe Clan member Carl Riemer pulled out a pistol. “Bitch say I ain’t got money,” he jokingly said while holding it. An open can of Coors Light beer was visible on his desk during the clip. Riemer then pulled the trigger, and to his apparent surprise, the weapon discharged a round. He has now been suspended on Twitch.

The round did not harm anyone, but it did perforate a nearby container of Gfuel, a powdered energy formula marketed to gamers. “God damn,” Riemer said immediately afterward. “What the fuck? I swear to God I just emptied the mag!”

Today, Twitch suspended Riemer’s channel, and the esports organisation he was part of, SoaR Gaming, dropped him.

“We do not condone the actions on livestream by Carl last night,” SoaR wrote on Twitter. “He has been removed from the SoaR Gaming roster effective immediately.”

“I made my biggest mistake of my entire life last night, and it could ruin my life,” he said in the Twitter video. “I could have hurt somebody. I could have hurt myself. I could have hurt one of my animals. And that’s unforgivable… I’ve had that gun for two years, and all it takes is two seconds of stupid to ruin everything. To ruin somebody else, to ruin yourself. Don’t do what I did.”

On YouTube, he said that he was “clearly intoxicated” when it happened. He then proceeded to show viewers a metal cup that he said the round passed through en route to a monitor on the desk next to him, which he said was also broken as a result. He went on to say that he’s not sure how long his Twitch suspension will last yet, but that if it’s permanent, his bank account is going to be hurting: While he has over 800,000 YouTube subscribers, he said he “stopped making enough from YouTube to pay the bills a while ago.”

He also thanked Soar for doing “what they needed to do” in dropping him and apologised profusely.

“I just made such a stupid, stupid, stupid mistake,” he said. “All I can say is that I’m sorry, and I deserve everything. Every bit of backlash.”