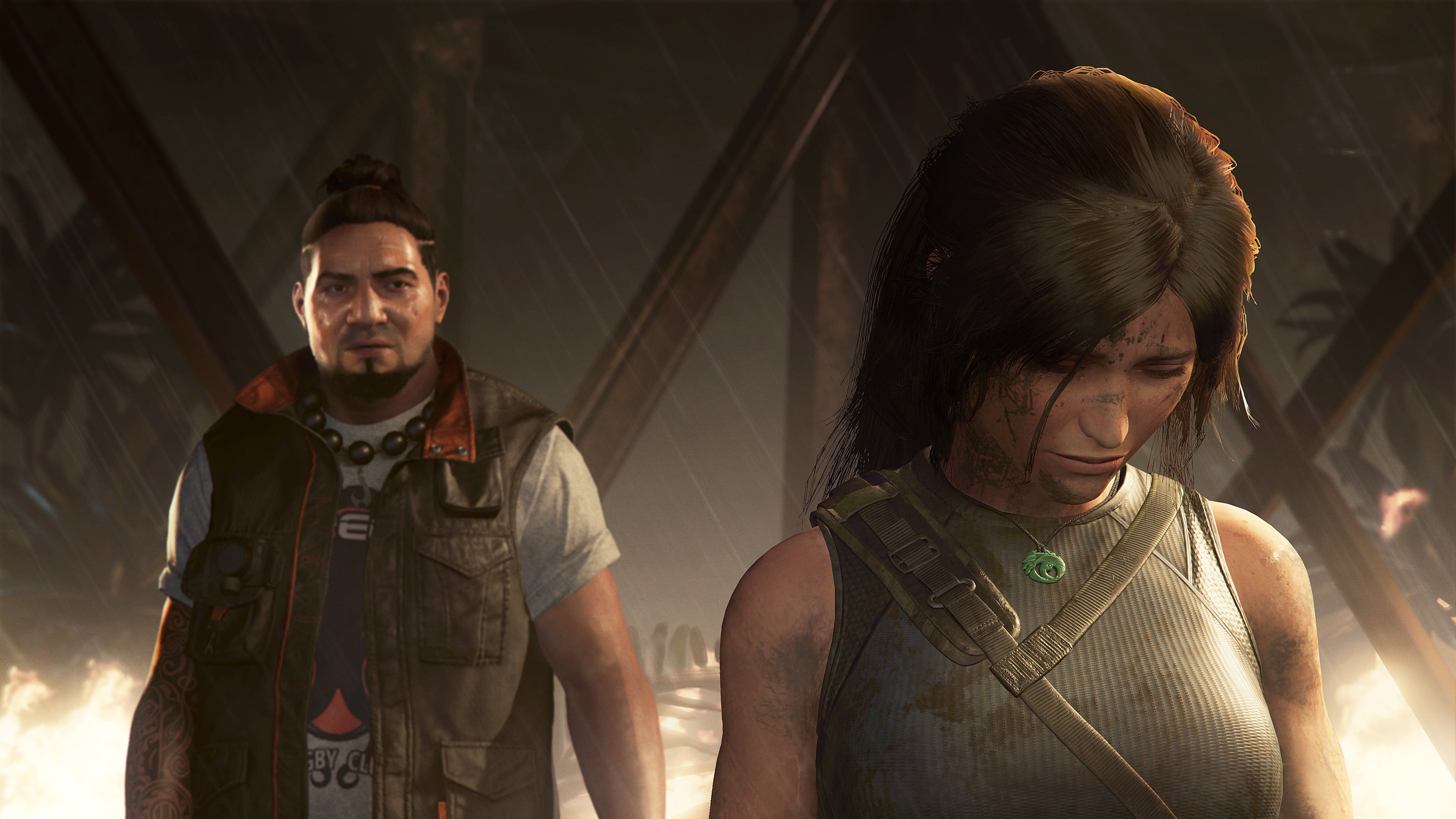 For budget-conscious gamers, there are few better ways to get games than via the games-on-demand services PlayStation Now and Xbox Game Pass. Each service costs about $90 per year or $15 a month and grants access to a vast library of games. Triple-A blockbusters and indie darlings both pop up on these services with some regularity, but old games leave as quickly as new ones come.

Earlier this week, for instance, Sony announced a bunch of new games for PlayStation Now including Shadow of the Tomb Raider and Control. Both games are available to stream or download until September 7. But before those leave the service, Horizon: Zero Dawn and Uncharted: Lost Legacy will depart on April 7.

On Xbox, Deus Ex: Mankind Divided and Shenmue I & II leave Xbox Game Pass within the next two weeks. They’ll follow Shadow of the Tomb Raider, Middle Earth: Shadow of Mordor, and Resident Evil 4 out the door.

The best way to play an Xbox Game Pass or PlayStation Now game is to download and beat it and before the expiration date. But that can’t always happen. And, anyway, let’s say you learn about Horizon: Zero Dawn the day before it leaves the service. Is it even worth it to download it at that point? How do these game downloads work, exactly?

Wonder no longer. We’ve parsed through the relevant info and, herein, clear up any lingering questions you may have about game downloads on Xbox Game Pass or PlayStation Now.

What happens when a game leaves Xbox Game Pass or PlayStation Now?

When a game leaves the Xbox Game Pass library, you won’t be able to play it any longer, even if it’s downloaded to your console. You’ll still have your saved game, though, and you can continue it by buying a copy of the game via download or inserting a disc. Xbox Game Pass members can buy digital copies for what Microsoft calls a “hefty” discount of 10 per cent for new titles and 20 per cent for anything that’s been out for more than three months.

Similarly, when a game leaves the PlayStation Now library, you’ll need a disc or downloaded copy to keep playing. PlayStation Now members don’t get special discounts, although PS Plus members might, depending on the game.

Game downloads on Xbox Game Pass and PlayStation Now are different from the “free” game downloads you might get via Xbox Live or PS Plus. With those premium memberships, you have a set period of time to download games, but once you do, they’re yours to keep as long as you maintain an Xbox Live or PS Plus membership. With both the games-on-demand services, once games are gone, they’re gone.

Can you play downloaded Xbox Game Pass games while offline?

We’re talking about services that require internet connectivity to function, so it’s reasonable to wonder whether or not you need to be constantly connected to the internet to actually play the games. Are these titles protected by some sort of hidden code or insidious DRM to prevent offline play? In that case, if Time Warner has downtime in your area, are you essentially shut out of playing any downloaded games? Who needs internet to hunt bounties in The Witcher 3? Not fair!

The short of it is, yes, you can play Game Pass games offline. But you’ll first have to designate the Xbox you’re playing on as your “Home Xbox,” which requires digging into the depths of the console’s arcane network of submenus.

Here’s how to do that: Press the Xbox button. Scroll over to the System tab. Open up Settings. Under the General page, go to the Personalisation section. Then, scroll down to My Home Xbox. Select “Make this my home Xbox.” (You can only do this five times annually per account.)

Doing so will allow you to play any downloaded Xbox Game Pass games offline, so long as you’re not trying to boot up one of those games that requires a constant internet connection. Xbox Live forces you to log in every 30 days and authenticate your Game Pass account status to continue playing any downloaded games.

Game downloads are a bit more complicated on PlayStation Now. Whereas Game Pass forces you to download games directly, that’s not mandatory for PlayStation Now. In fact, it’s kind of the main draw of the service: You can stream any game in the PlayStation Now library, but can only download about half of them.

Whenever possible, you should download games. PlayStation Now streams games in 720p, which truly doesn’t do the visual stunners—like Journey, Horizon: Zero Dawn, or anything with a Naughty Dog loading screen—any justice. Downloading games renders them in crystal clear 1080p and also prevents the graphical hiccups that come hand-in-hand with finicky digital architecture.

And yes, you can play downloaded games offline, as long as they don’t require a constant internet connection. However, PlayStation Now forces you to log in every seven days and authenticate your account status to continue playing any downloaded games.

What’s the deal with PlayStation Now save data?

It depends on whether you were streaming or downloading. Streamed save data is tied to your PlayStation Now account, meaning it’ll follow you wherever you stream. Downloaded save data lives locally on your PS4. You can’t use downloaded save data for streamed games or streamed data for downloaded games. That means you could make it five hours into a great game (say, The Last of Us), fall in love, realise it’s worth downloading for that sweet 1080p, download it, and find yourself right back at the beginning.

That said, members of PS Plus can sidestep this by utilising PS Plus’ online storage options.

First, start streaming the game you want to download. When the game is loaded up, press the PlayStation button and navigate down to Application Saved Data Management. From there, open up the “saved data on PS Now” submenu and hit “copy to online storage,” which should have the little golden PS Plus icon next to it. Select any save data you want to upload, and hit the Copy button.

Then, download the game. Once the game is downloaded, hover over its tile on the PS4 menu. Hit the Options button and select Upload/Download Saved Data. Under “online storage” (the right-hand column), you should see your save file from the streamed game. Select “select and download” and download. When you next boot up the downloaded game, you’ll be able to continue right where you left off.

This whole process also works in reverse, too, should you want to use save data from downloaded games. It may sound silly—why would you willingly want to tone down the graphics?—but it’s a good hack to keep in mind for those times when you really, really need to clear up some storage space. It’s also helpful if you want to play one save file across multiple consoles.

Don’t drag your feet before checking out a potentially interesting game on Xbox Game Pass or PlayStation Now. Spot Horizon: Zero Dawn on April 6, and you very well might not even finish downloading all 50 GB of it before April 7 rolls around. You certainly won’t beat it in time. (It’s a 60-hour game.)

So here’s our recommendation: When a game is about to leave either of these services, check the date and then subtract a week. Has that date happened yet? If not, download away! That’ll give you plenty of time to play the game, or at least see what it’s all about. If the revised date has passed, though, it’s not worth the time—or the hard drive space—required to download it.