Destiny’s elite competitive end-game mode, Trials of Osiris, makes its triumphant return today. The last time anyone got to play it was back in August 2017. If you play Destiny 2, you should give it a shot, since while challenging, it’s also historically been one of the best things in the series. Here’s how to get started.

First off you’ll need a character who’s at 960 power or higher. Once you’ve got one, you simply go to Saint-14 in the Tower’s hangar section and purchase one of the Trials passages, Then you grab two other people and start looking for matches.

That last instruction is harder than it sounds. Like most of Destiny 2’s end-game activities, Trials doesn’t have automatic matchmaking. That can be a bummer for people used to playing alone (like myself!) but it’s arguably for the best, since Trials requires tight coordination and you’ll want everyone on your team making liberal use of voice chat to communicate. If you don’t have friends who play Destiny, there are plenty of resources for finding strangers online to play with, including Bungie’s forums, various subreddits, and the very good Destiny companion app.

Once you’re actually playing, Trials matches are identical to the Elimination mode in Crucible. Both teams starts off together on opposite sides of the map. Whichever team wipes the other one out wins the round, with the first team to five rounds winning the entire match. Players can revive one another, and their supers slowly charge up over the course of each round. Heavy ammo also occasionally spawns. Each of these things adds another layer of complexity beyond simply out-dueling whoever’s across from you. It’s what makes Trials so thrilling and fun to strategize around.

Unlike other Crucible modes, power matters in Trials. It’s like the regular Iron Banner PvP event in that way. Artefact power bonuses are currently disabled in Trials, which means the most diehard players won’t be able to push their max power past 1,000 by grinding for levels. But if your team is around 960 and your opponents are in the 970s or 980s, you’re probably going to be stomped. 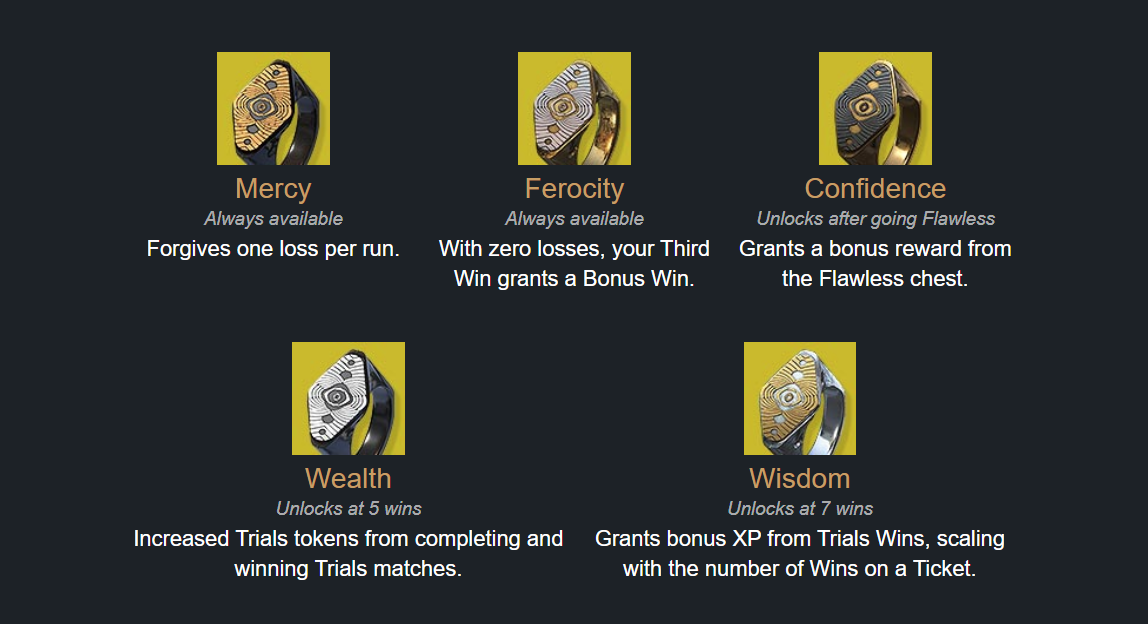 Trials can be blast to play even when you’re struggling, and you don’t need to rack up a ton of wins to start getting loot. Each Trials card maxes out at nine wins, and lets you keep playing until you lose three times. Three wins earns you tier II powerful gear, five wins earns tier III powerful gear, and seven wins will get you a piece of pinnacle loot. Go the full nine wins and you’ll get even more stuff. Go nine wins without losing and you’ll get to the Lighthouse, a legendary Destiny location reserved only for the top of the top players.

In the past, you could buy boons that would help make Trials of Osiris a more forgiving experience, allowing you to nullify a loss or let your first win count for two. In 2020, Trials is a bit different. There are bounties (which helps make the mode feel rewarding even if you’re not a great player) and passages, which work similarly to boons, but can only be equipped one at a time. If you want the Mercy passage, which forgives one loss per run, you won’t be able to use the Wealth passage, which gives you more tokens per match. You can switch passages at any time, but switching will reset your Trials progress, so you essentially have to choose between these perks rather than buying them all as you could in the past. There are plenty of decent guns that will serve you well in Trials and aren’t too hard to get. Most of them can be found in the Menagerie, a public activity from last year’s Season of Opulence.

Beloved is one of the sniper rifles currently favoured in PVP and you can pick it up using a jubilation rune combined with a red rune. (There’s a useful guide to the Menagerie over at Polygon.) Anonymous Autumn is a sidearm, great for close quarters combat, that you can farm by combining a Pride and green rune. Trust is a hand cannon that’s incredibly quick to aim and has low recoil that you can get with a Desire and purple rune combo. Trust can also be farmed in Gambit, alongside the stellar pulse rifle Bygones, the great kinetic hand cannon Spare Rations, and the pretty good rocket launcher Bad Omens. 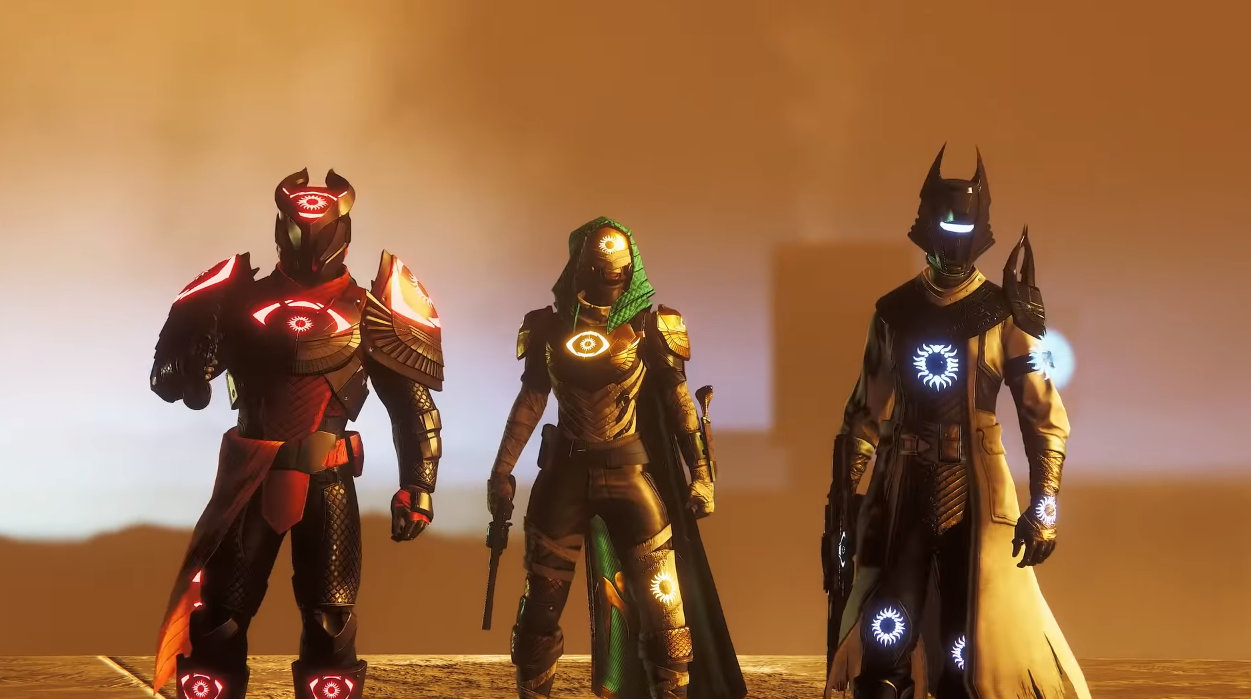 Besides bragging rights, those who go flawless in this season of Trials of Osiris will get ornaments that make the returning armour sets glow. (Screenshot: Bungie)

If you don’t have any of these weapons already, and don’t feel like putting in the time to farm them, there are plenty of other decent guns you can try as long as you’re smart about it. You’ll want to prioritise handling and aim over stats like impact, since precision hits are the quickest way to win a Trials stand-off. Make sure you have at least one long-range weapon and one close-quarters weapon equipped at all times.

And hunt for the perks that will give you the most bang for your buck without being part of “god rolls.” Guns with explosive payload are great for throwing your opponents aim off. Rocket launchers that have the cluster bomb perk will almost always get the job done, even if you miss the target. If you have a weapon that you’re most comfortable with, that’s probably the way to go. In my experience, a bad gun you have a great feel for can often beat a top-tier one that you’re not practiced with.

Finally, remember to spend any tokens you earn during the first weekend of Trials before it ends at the start of Tuesday’s weekly reset. Bungie has confirmed that any left over tokens will disappear from your inventory at that time. Then you can go back to the drawing board and come up with better loadouts and strategies for the next weekend.