If I Die In Space Please Play The Among Us Theme... 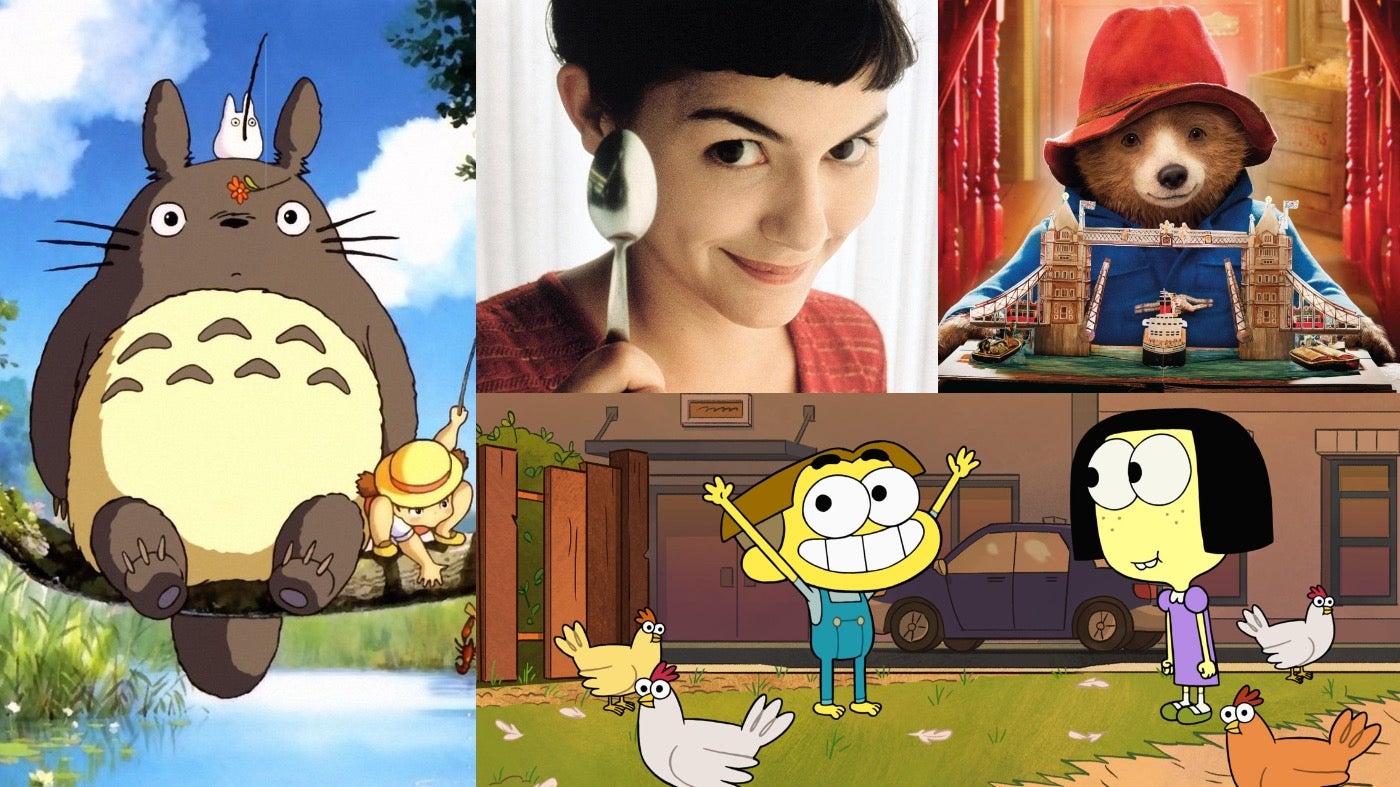 When dealing with weeks of social distancing, sometimes you have to find happiness right where you are. For many of us right now, it’s playing Animal Crossing. But the warm, fuzzy feelings of life on a quaint country island don’t have to end when the Nintendo Switch is off! Here are some movies and television shows that’ll definitely rekindle those pastoral vibes”especially after having to deal with that Bunny Day mascot.

It’s no secret that much of the Gizmodo and Gizmodo staff are seriously into Animal Crossing at the moment”we’ve even got our own Slack channel dedicated to it. There’s something wonderful about disconnecting from the larger problems and running an orchard, catching fish, and giving neighbours presents. But what if you want to keep that feeling going all day long? We’re here to help.

1. My Neighbour Totoro (and all Miyazaki films)

Honestly, you could run through almost the entire Hayao Miyazaki catalogue and be left feeling all the warm and fuzzies. A celebration of nature and the simpler things in life, Miyazaki’s work is as beautiful as it is timeless. stands out as one of the sweetest, more endearing films in his collection”one that’s guaranteed to make you feel like you’ve come home.


When Amélie came out in 2001 it wasn’t just a movie, it was a cultural monument. Every young woman got her hairstyle”to varying degrees of success”as we all yearned to seek out the little pleasures in our own lives. Amélie is a story about not only finding joy in the little things but also how helping others can, in turn, help us.


More often, we get movies and shows about big city folks moving to the countryside and learning the ways of pastoral life. Big City Greens, an adorable series from Disney Channel, goes the other way around. After losing their farm, the Green family moves to Big City and find all sorts of new adventures. What’s great about this show is how earnest and kind-hearted the Greens are”it’s easy to root for this colourful group of characters as they bring a little country living into the urban landscape.

This charming anime is about a polar bear named Shirokuma (literally â€œpolar bearâ€) who runs Polar Bear’s Café, an organic food and drink cafe populated by both humans and animals. Shirokuma is a kind bear who loves serving his customers just as much as making terrible puns with them, and the world is all the better for having him around. This series is available to watch on Crunchyroll.


This movie follows documentarian John Chester and his wife Molly after they abandon city life to try and grow a 200-acre sustainable farm outside of Los Angeles. John loves to wax poetic about the hidden genius of seeking a simple life, which can get a little irritating, but the movie is full of jaw-dropping shots and happy moments of a small farm growing into something special.


This isn’t Disney Channel’s first attempt to turn a beloved film into a television show, but I’d say it’s the first time it turned out something truly wonderful (don’t @ me, I watched the Aladdin show too, OK). Rapunzel’s Tangled Adventure weaves a sweet but complex story about what happened after Rapunzel got her â€œhappily ever after.â€ With a new cast of characters and some truly impressive songs, Rapunzel’s Tangled Adventure is a wonderful journey through the land of…Corona. Oof. Well, you’ll just have to ignore that little detail.


Paddington 2 is the cinematic equivalent of a warm hug, about a world made better thanks to the hopes, dreams, and sincerity of one bear. It’s no surprise it was one of our top films of 2018. If you haven’t had a chance to watch this film yet, consider this the official notification from the Good Forces All Around Us. Paddington 2 will change you.


The creators of Wallace and Gromit know how to how the audience yearn for the quiet country life, whether it’s the fowl prison escapades of Chicken Run or a mockumentary about animals living in a zoo. But Shaun the Sheep takes the cake for making us feel all warm and cosy inside”with an extra dose of zany. After all, we’re stuck inside…it’s good to get the zanies out from time to time.


No, this isn’t the Netflix series. This 2010 documentary from Focus Features follows four babies from around the world, moving from birth through the first year of their life. Documentarian Thomas BalmÃ¨s films everything from the child’s point-of-view, making us identify with their growth and journey, and his long and lingering shots provide opportunities to relish in the smaller moments that make up a child’s early development. It’s a beautiful celebration of life and a reminder that life always finds a way.


Of course we’re ending on Babe! This is the quintessential movie about life on a farm. Babe is about a young pig who’s brought to a farm and gradually becomes part of the family, partially thanks to his unique skills in sheep herding. Full of talking animals, kind-hearted farmers, and beautiful shots of the AustralianÂ countryside, it’s a movie that”as the trailer says”will tug at your heartstrings.