7 Indie Gems You Finally Have Time To Play Under Lockdown 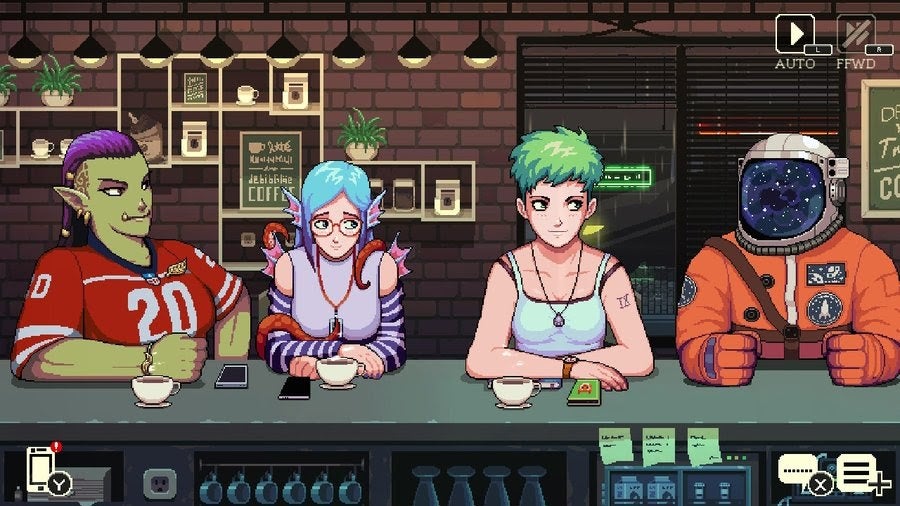 There are plenty of big name video games to play right now. You can relive old memories (or make new ones) with Final Fantasy VII Remake and embark on intense demon-slaying adventures in Nioh 2 or Doom Eternal. But the experience of social distancing doesn’t have to just be about playing the biggest games. Here’s a list of “smaller” games that can help scratch whatever itch you might have.

In my time here at Kotaku, when I’m not writing huge retrospectives or whatever, I’m writing about indie games with the tag “Heather’s Indie Pick.” Many of the best games I’ve played aren’t from huge studios like Rockstar or Bethesda. They’re from smaller teams made up of developers who live all over the world, from Brazil to Brooklyn. I’ve organised this list based on the kind of experience you might be looking for. Each game is great though, so if you’re looking for a good time, all you really need to do is grab any of these.

Play Maximum Action. This early access shoot-a thon is published by New Blood, the folks who also released throwbacks like Dusk and Amid Evil. Think of it like a kitbash of Max Payne and Half-Life cranked up to one million. Each level is a discrete collection of rooms that you can run through like an explosive obstacle course for the best and bloodiest time. A creative community of modders is adding more weapons and content, while the developers sneak in new levels and quality-of-life features. Early access means the game can be messy, but this is honestly one of the most fun and fuckin’ bonkers shooters you can play right now.

I’m looking for something cosy!

Play Coffee Talk. It’s a slice-of-life bartending game with a cast of orcs, succubi, and werewolves. Learn customers’ drink orders and listen to the daily woes of regulars as you serve up some comfort and watch their lives unfold over the course of a few weeks. You can finish this in about one to two sessions but it’s worth every second. If you can’t get enough bartending, make it a double by pairing this with VA-11 Hall-A: Cyberpunk Bartender Action. (Though, be forewarned: that the game is a little grimier in tone and content.) Both games are available for the Nintendo Switch, which means you can curl up on the couch for an extra chill experience.

Coffee Talk Is A Sleepy Little Game In A Magical, 'Post-Racial' World

I've been holding off on playing Coffee Talk even after reading Heather's positive impressions the other day. It wasn't until Kotaku's Senior Editor Natalie Degraffinried was in town when I finally had a good excuse to play it, which we did for the first time together on video. What I wasn't fully prepared for was how much it's like one of my favourite shows on Netflix: Midnight Diner. And if you're a fan of the show, then it's a no-brainer. You'll love this game.

I’m looking for something challenging!

Play Lucah: Born of A Dream. Lucah mixes the intensity of an action game with the boss-focused progression of a Souls-like. The art style is an evocative etched scribbling that doesn’t just help fights look amazing but also ties into the story’s themes of alienation. Lucah will force you to think about the abilities you equip and demand precision timing for all of your attacks. As you play, a corruption metre fills that can affect what ending you receive. Mess up and get sent back to a checkpoint, that metre’s progress doesn’t reset. It’s intense stuff that will demand your full attention from start to finish. 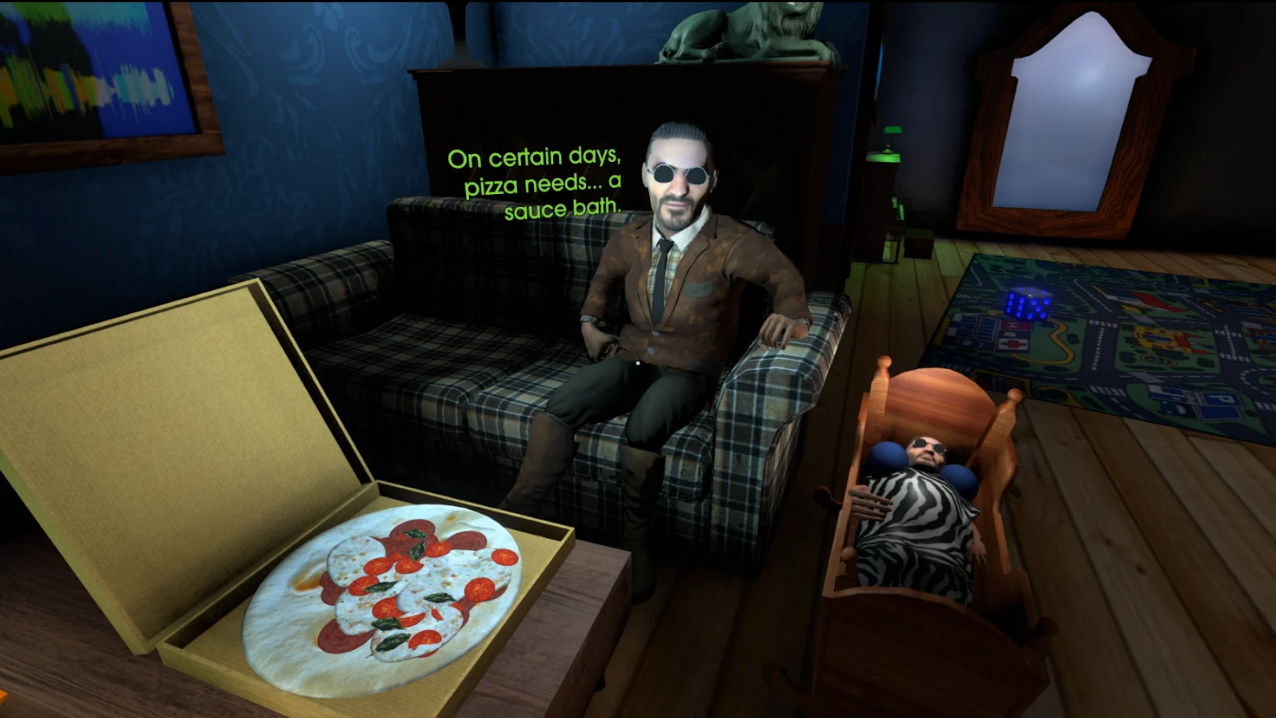 I’m looking for something strange!

Play Tales From Off-Peak City Vol. 1. The goal is simple: steal a saxophone from a pizza parlor. The journey is more complicated. Undercover pizza delivery through a jazzy neighbourhood with living buildings and world-shifting magic gives way to government conspiracies and deeply confusing scenes. There’s nothing quite like Tales From Off-Peak City, except maybe for creator Cosmo D’s previous game, The Norwood Suite. Off-Peak City is bizarre but beautiful. It’s both an old-school adventure game, walking simulator, and sneaky heist simulator. You can download it off itchio, with a wider release coming to Steam on May 15th.

I’m looking for something scary!

Play Paratopic. If you’re looking for horror without all the worry of a Nemesis chasing you, this is the right game to play. It’s a short experience that uses film editing techniques to tell a micro-story of isolation and monsters. Hard cuts from scene to scene make it all the more unsettling, and as the anxiety rises from moment to moment, your heart rate will too. It’s a case study in how less can be more for horror, and it’s also one of the most stealthily influential games of the last few years.

Play Dandara. Developed by Brazilian developer Long Hat House, Dandara is a fantastic spin on Metroid where you play as a hero on a journey to defeat a dastardly dictator. The catch comes from how the game handles movement: you can only move by leaping back and forth between walls and ceilings. The result is a twisty, turny take on exploration and combat that really rewards positional awareness.

Dandara is an action game where you can't run. Your character leaps from wall to wall across massive maps while battling bosses and collecting power ups. It takes the exploration of Metroid and adds a ton of style.

I want to play Zelda!

Play Cadence of Hyrule. I feel like some folks missed the fact that an incredibly badass musically themed Zelda game was released last year. While playing as Link or Zelda herself, you can wander through a semi-random overworld and deliciously brisk dungeons that culminate in some grin-inducing boss fights. All the while, you can enjoy remixes and compositions by Danny Baranowsky. Seriously! Musical Zelda! What else do you need?