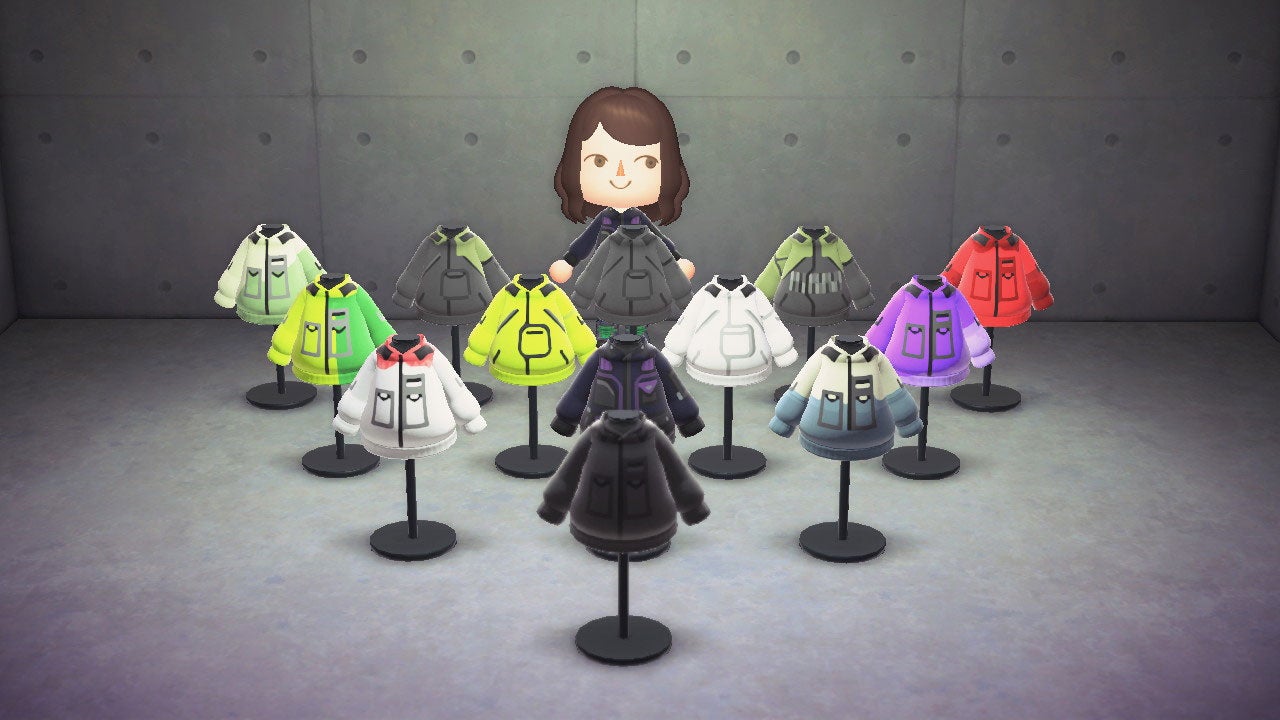 <a href="https://www.reddit.com/user/m00tzman/">m00tzman</a>’s full range of Acronym gear, which also includes a few pieces from other labels like Stone Island Shadow Project.

While it’s perfectly expected and cool that people are using Animal Crossing’s design tools to create unique and interesting clothes, some players are simply using them to craft recreations of outfits they already own. Or, in this case, might never own.

It means your wardrobe gets versatile, but can also get expensive, because all that functionality comes at a price. And few pieces of techwear are as expensive, or as desirable, as Acronym jackets.

Acronym is a label based in Germany that was founded by Errolson Hugh and Michaela Sachenbacher. If you don’t know them by name, or their collaborations with brands like Nike and Stone Island, you might know them by their work in video games: they designed Adam’s jacket in Deus Ex: Human Revolution, and featured prominently in Death Stranding’s rainy, apocalyptic wardrobes (including a cameo by Hugh himself).

An Acronym jacket is an enormous flex, but it’s one that comes at a price, because if you can ever get one new (they sell out quickly whenever released a few times a year on Acronym’s site), they’ll cost you well over $US1000 ($1,647). Even used ones can get over the four-figure mark on resale. 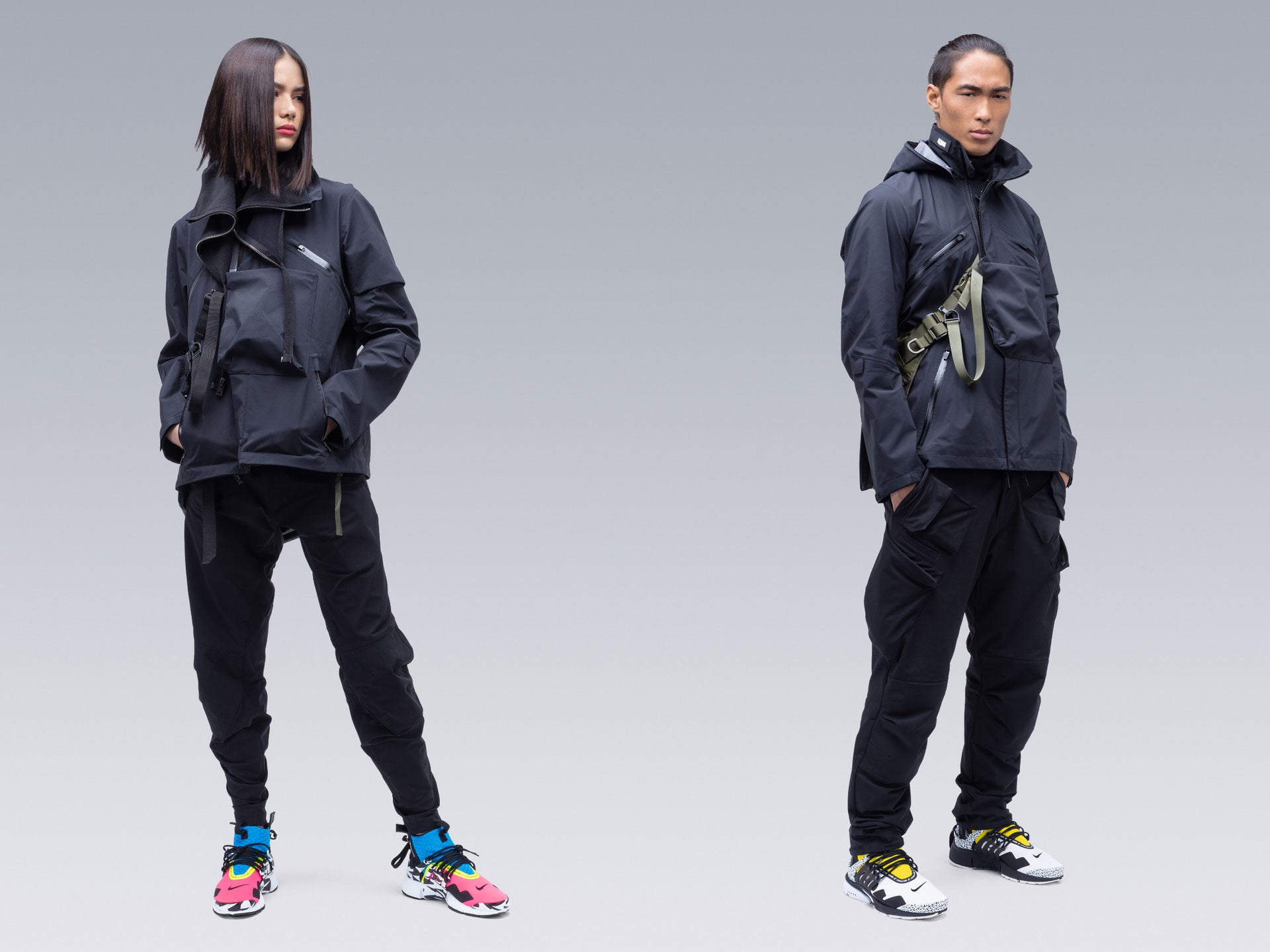 So most people who want an Acronym jacket can never afford one! In Animal Crossing, though, that’s another matter.

m00tzman sat down and has created a range of Acronym’s most desirable pieces inside the game, like the iconic J1A-GT (pictured above) then shared them for us all to download. For free. Considering you could buy a Switch, a copy of Animal Crossing, a TV, sound system and still have more cash left over than if you’d bought an actual Acronym jacket, that’s a good deal!

Of course the idea of recreating actual clothes isn’t just restricted to this lil’ niche. Hypebeasts trapped indoors have taken to recreating their favourite brands like Supreme, and stacking the walls of their homes with tiny little pairs of Animal Crossing AJ1s.

A good example of this is David Rhee, who was profiled the other day on Complex for his sneakerhead shrine: 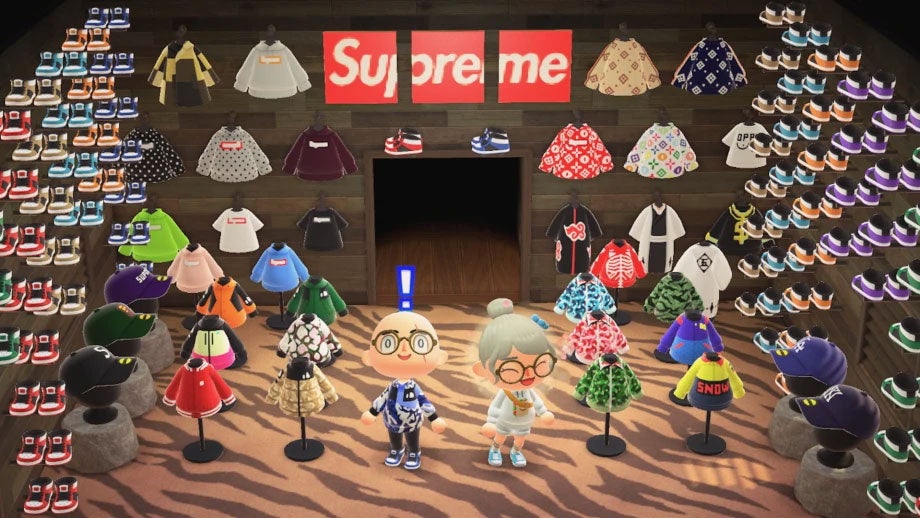 And I’m sure there are countless others out there drawing everything from sports uniforms (like NBA/EPL jerseys) to classic pieces from classy fashion labels. All of which is cool! Sometimes it’s nice to design your own stuff, but sometimes it’s also nice to live your best fashion life vicariously through a very chill video game.

If you’ve got any recreations you’ve done, or have at least seen, drop ‘em below so we can take a look!