Lego Ideas is a website where people can share their unique Lego creations. If a creation reaches 10,000 public votes, it enters consideration by Lego for large scale production.

This Lego idea by TiagoCatarino brings Animal Crossing: New Horizons‘ world to brilliant, blocky life. While there are multiple other Animal Crossing sets currently in contention, this one captures the essence of the game perfectly.

There’s a starter house, a little stream, an apple tree, a bonfire and even a workbench for custom creations. It perfectly represents the cute zen of the franchise, and if it gets enough votes we might even see it manufactured.

In the past, licensed sets like the Friends Central Perk diorama and The Flinstones set have come from fan ideas, so it’s not outside the realm of possibility that this gets made.

Nintendo are already collaborating with Lego on their Super Mario set, so it’s not a giant leap in the imagination to think Animal Crossing could eventually receive its own Lego set.

Nintendo and Lego’s odd amalgam of traditional building set and interactive electronic game kick off on August 1 with the $89.99 Adventures with Mario Starter Course, along with the newly-announced $49.99 Piranha Plant Power Slide and $149.99 Bowser’s Castle Boss Battle expansions.

The Animal Crossing: New Horizons Paradise set is designed to have between 1,200 and 1,500 Lego elements and the creator believes it would be under the $150 mark if it enters production.

It currently has 1,121 supporters with over 600 days to make it to 10,000 votes so you won’t need to get in quick — but if you like the design, chuck it a vote. It’s a gorgeous little set and would make for an excellent mantlepiece decoration.

If you’re looking for some companion pieces, you can also check out this absolutely horrifying scorpion statue or something prettier, like this Lego Hyrule Castle set.

There’s plenty of awesome creations happening over on Lego Ideas and your support could make these designs a reality. 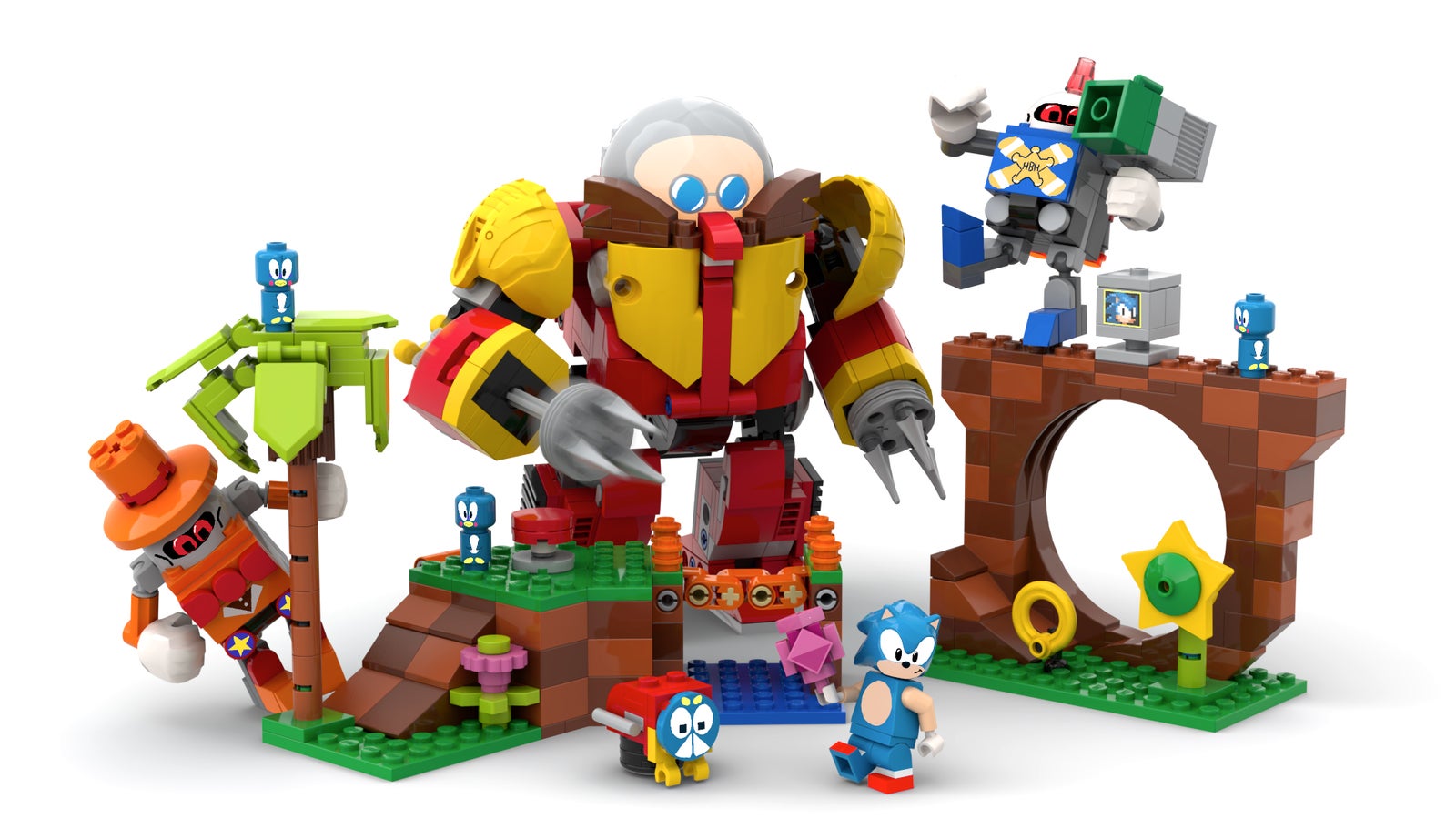 Lego Is Looking Into Making This Excellent Sonic Mania Set

Witness the blocky majesty of Sonic Mania’s Green Hill Zone in Lego form. Designed by UK builder Toastergirl, it’s the latest fan creation to achieve 10,000 supporters on the Lego Ideas website, qualifying it for consideration as an official Lego set. With Lego and Nintendo teasing a Mario collaboration, can Sonic be far behind?