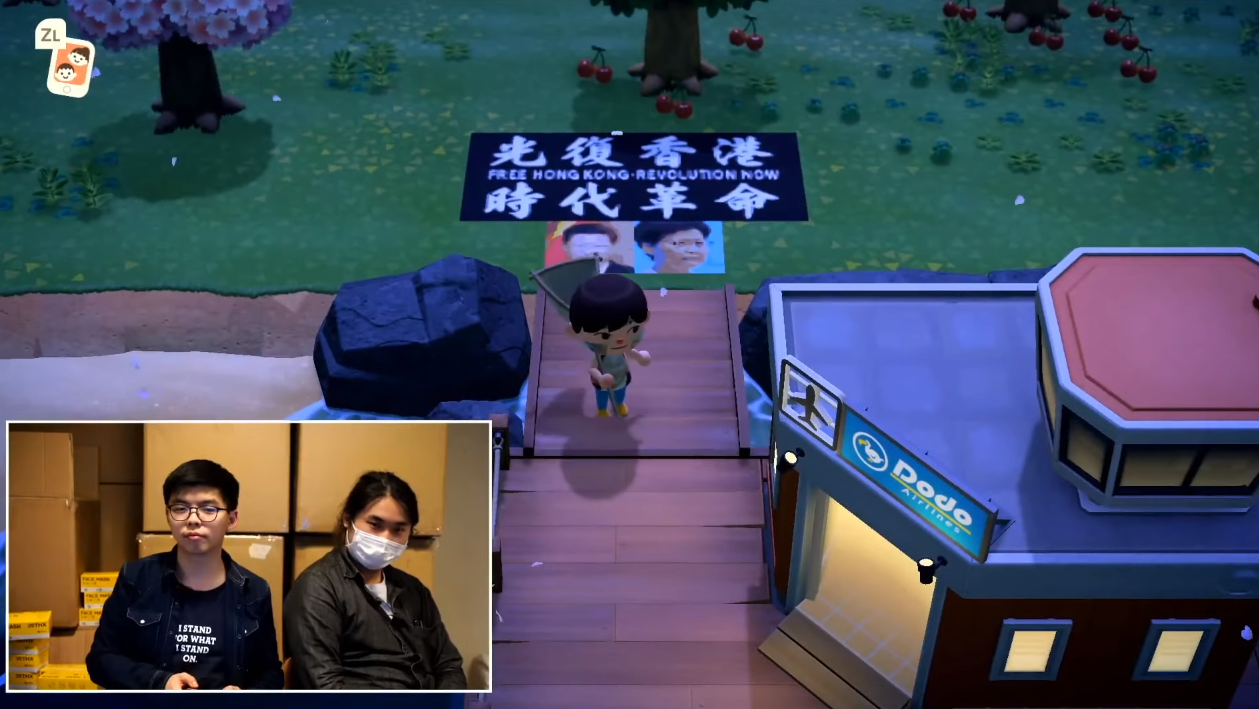 Listings for Nintendo’s adorable life sim Animal Crossing: New Horizons have been taken down from online Chinese stores Pinduoduo and Taobao. This comes on the heels of some players using the game to share pro-Hong Kong protest messages.

Reuters reported earlier today that searching for the Switch game on Pinduoduo and Taobao no longer returns any results. According to tech news outlet Ping West, some resellers on Taobao, which is owned by Alibaba, shared messages on the social media website WeChat claiming that the store had directed them to stop selling the game on its platform. It’s not clear whether the companies are acting independently or if they could be responding to pressure from the Chinese government to stop the sale of the game in China.

The removal of listings for Animal Crossing: New Horizons comes after some players in China had been using the game to share messages criticising the country’s president, Xi Jinping, and Hong Kong’s chief executive, Carrie Lam. New Horizons allows players to easily create custom images within the game and then place them wherever they’d like. They can then use the Switch to take screenshots and share them online.

This is how #hongkong ppl spend our time during coronavirus lockdown – villain hitting in #animalcrossing, the villain is #CarrieLam, the worst governor in #hongkong history.#AnimalCrossingNewHorizons#StandWithHK pic.twitter.com/K5AbOTl9tD

“Animal Crossing is a place without political censorship so it is a good place to continue our fight,” Joshua Wong, a Hong Kong political activist since the 2014 protests, told Wired in an interview earlier this week. “Free Kong Kong. Revolution Now,” reads a message outside his villager’s front door in the game.

There’s no evidence that the listings’ removal from the two Chinese stores is directly related to the spread of protest messages in the game, but video games in China have been censored for less, and so have players from the region. The popular and critically-acclaimed horror game Devotion was removed from Steam last year after a meme mocking Jingping was discovered in it, while Blizzard suspended pro Hearthstone player Chung “Blitzchung” Ng Wai after he said “Liberate Hong Kong” during a post-match interview.

Animal Crossing is Fast Becoming a New Way for Hong Kong Protesters to Fight for Democracy! The #Covid_19 pandemic has halted public demonstrations, so protesters are taking their cause to #AnimalCrossing.https://t.co/A599kjlYsV

(This is my island!) pic.twitter.com/vjBhzw1nUa

Nintendo began selling the Switch in China for the first time last year. While only three games are currently officially available on it—Mario Kart 8 Deluxe, Super Mario Odyssey, and New Super Mario Bros. U Deluxe—many others, including New Horizons, can be imported through resellers on platforms like Taobao and Pinduoduo, which act like “grey markets” for games that China’s regulating authorities don’t allow to be sold officially.

“Animal Crossing does not have approval in China and there isn’t an official China version of the game, but that doesn’t stop people buying it and the game has become extremely popular in China,” Daniel Ahmad, a video games analyst with Niko Partners, wrote on Twitter. “Even places like the Shanghai Fire dept used AC to create some in game messages.”

According to Ahmad, despite the listings coming down, there are still other ways for players in China to get ahold of the game, including from small independent stores and by changing the region settings on the Switch to get access to the North American or Japanese eShops.